The #MarkFishChallenge is the funniest thing on the internet right now

I nominated myself for a Darwin Award this week. My mom brought us some prickly pears and showed us how to peel them using a knife and fork. Frozen prickly pears are delicious so on Monday I decided to peel some. I started out using the correct technique, but after 3 prickly pears, I thought it would be much easier to just pull the skin off with my bare hands. By number 6 I had realised the error of my ways. My hands were on fire and filled with tiny thorns. I spent the rest of the evening removing the thorns using a torch and a pair of tweezers. As I type this I’m still finding thorns. What I’m getting at is that we all do dumb things and then hilarity ensues, just like the #MarkFishChallenge.

?The best tweets from #MarkFishChallenge

So Mark Fish tweeted a pic thinking it was Bra Hugh and of course South African Twitter responded with the best hashtag ever. Here are my favourites from the #MarkFishChallenge.

??A chat app that you can only use when you have less than 5% battery left

I was so keen to try this out, but it costs R15.99 so I didn’t. I wonder what kind of conversations would go on knowing that it’s going to end mid-discussion? 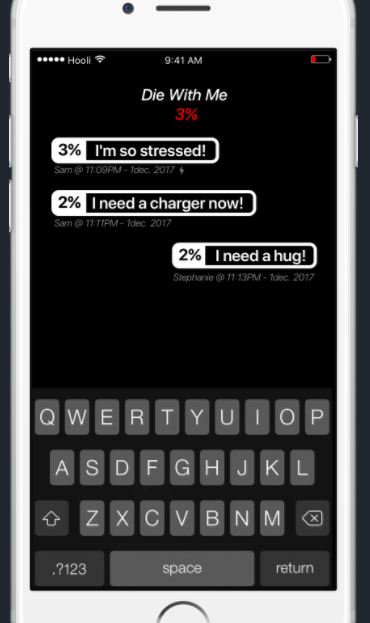 YOU MAY LIKE: These Amazon reviews are funny AF

? The YouTube ad (yes ad) you have to watch

YouTube ads usually annoy me, especially when they are over 5 seconds long, but this one from Will Ferrel as Cord Hosenbeck for Wix is advertising done right.

EXCLUSIVE: Picture of me sneaking to the fridge at 1:40 am to eat some yogurt pic.twitter.com/FjkdCJ5d91

? The one  chainmail WhatsApp message to end all chainmail

I am where long chainmail messages come to die. If I had a Bitcoin for every time someone sent me an urgent message and then 10 minutes later another to apologise and let me know that the previous message was a scam, I’d have a lot of Bitcoin.

ICYMI: You mean you don’t have a poop knife?