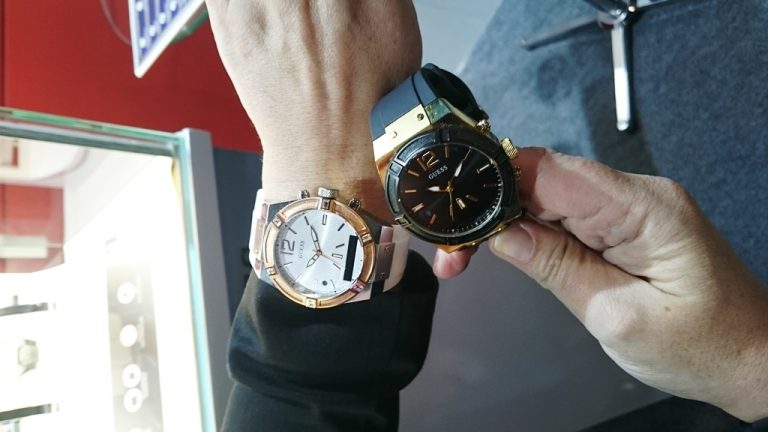 A few months ago I wrote a tirade about how there are no smartwatches for women. While hanging out at Mobile World Congress in Barcelona with Ford this week the buzz seemed to be centred around the many smartwatches on display. Journalists and media raved about the offerings from LG and Huawei. Great. I toddled over to the stands and saw the same thing we always see – big clunky man watches… but there is an optional blingy band so it’s okay right?

In the article I wrote about smartwatches I mentioned that, in my opinion, the biggest issue is that technology companies don’t understand the fashion behind watches. We need a watch company to make a smart device. I also highlighted the gorgeous offering from Guess that was announced at the Consumer Electronics Show in Vegas earlier this year. It’s a watch but it is also smart. 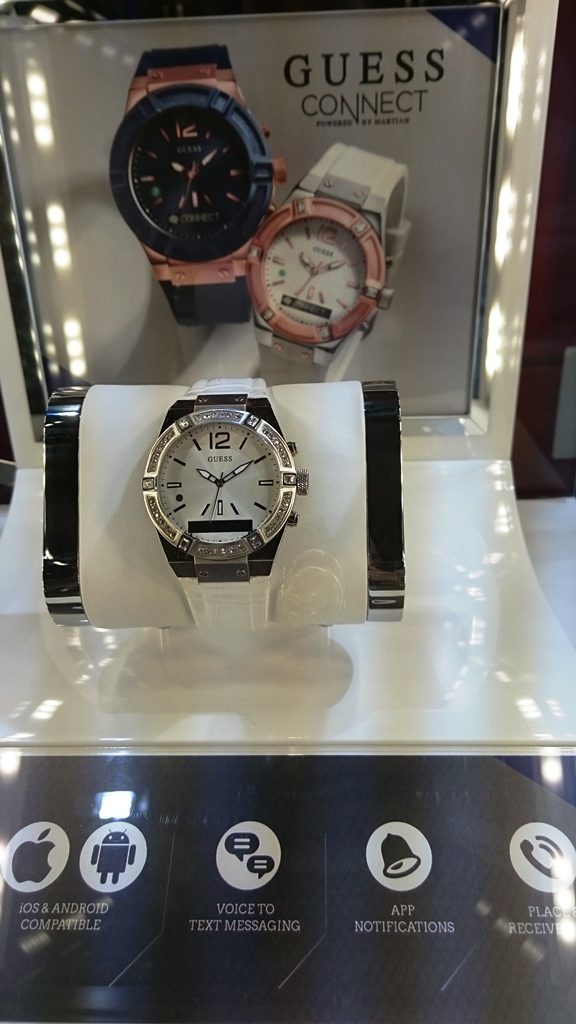 Now, for the Tech Girl exclusive scoop, we can expect the Guess smartwatch in South Africa in August. While skipping around MWC I bumped into Elizabeth Thompson from Sequel, the senior vice president of global product and marketing for Guess watches. Thompson says the watch will most likely be launched in Cape Town at a swanky event around August 2015. I cannot confirm prices right now but expect it to be around the R3000 mark. 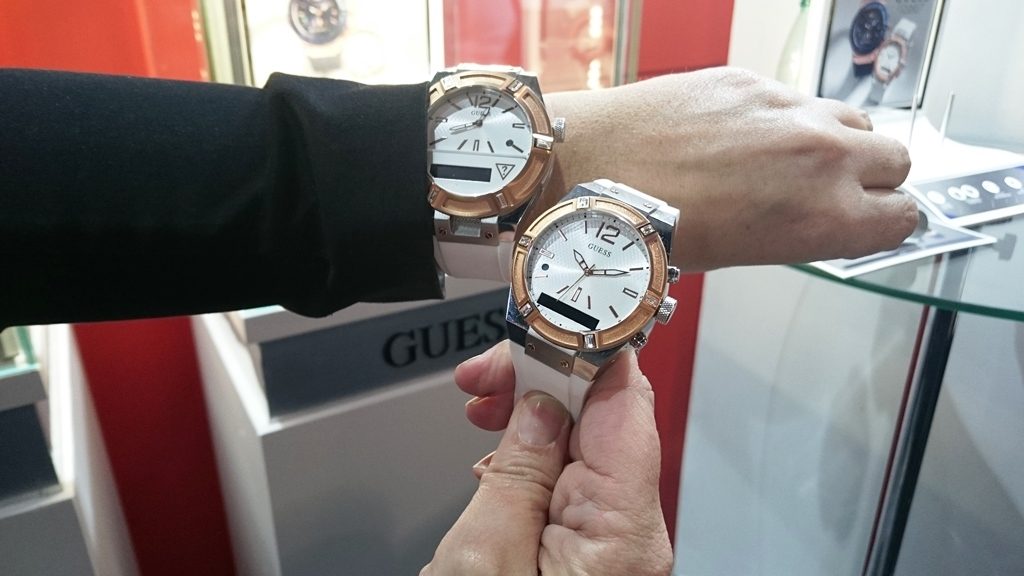 The Guess smartwatch is a wearable I actually like. It is, first and foremost, a gorgeous Guess watch with a standard watch battery and the Guess design we’re used to. The smartwatch feature is simply added in. The actual “smartwatch” battery lasts 3 days but if it goes flat the watch will continue to tell you the time. It works hand in hand with Siri but is also Android compatible. It can read you your text messages or display them on the watch screen while the watch vibrates. The three buttons on the side of the watch keep the traditional watch design but are used to control music volume, work as a shutter button for your phone camera or turn the “connected” part of the watch off. 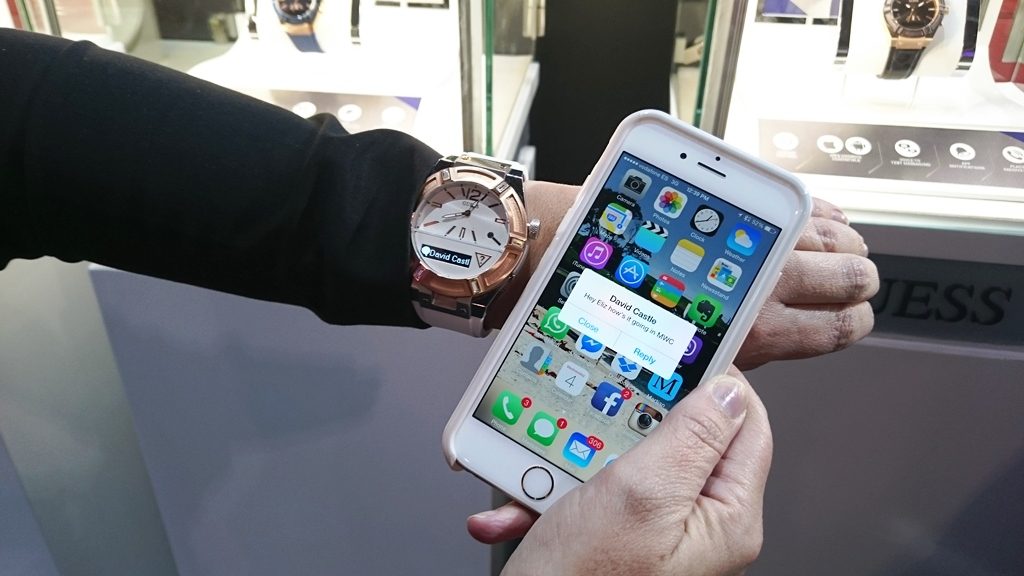 It isn’t as advanced as the tech companies’ smartwatches but it offers a range of features you’d expect if you like talking to your wrist. It’s available in two different sizes depending on your wrist (a bit like that Apple Watch). The reason I like this watch though? Because it looks like a watch. It’s fashion forward and could last as a sexy time piece with or without the smart bit. Watches are ultimately about fashion, no matter how many text messages they can read out to you. 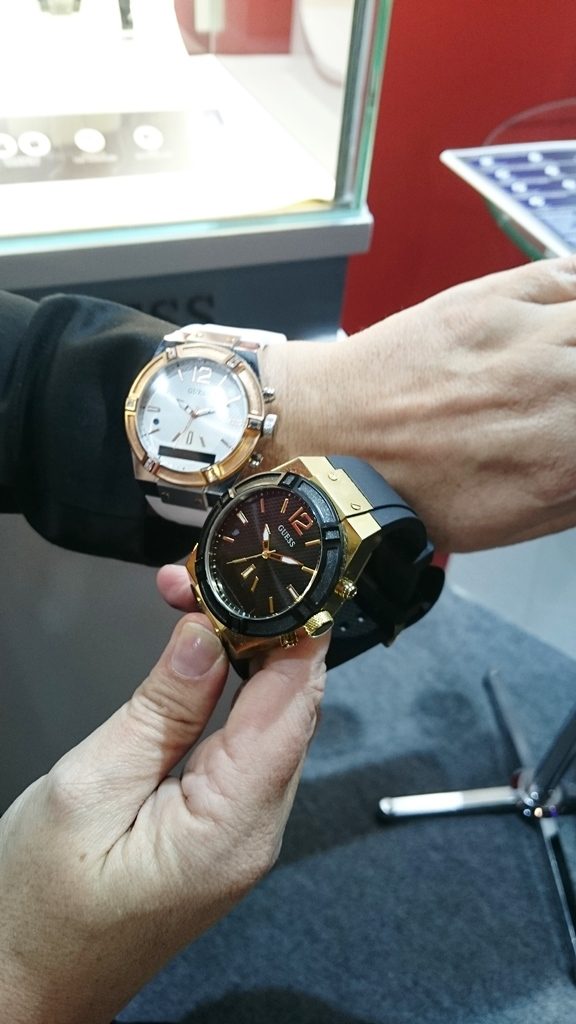