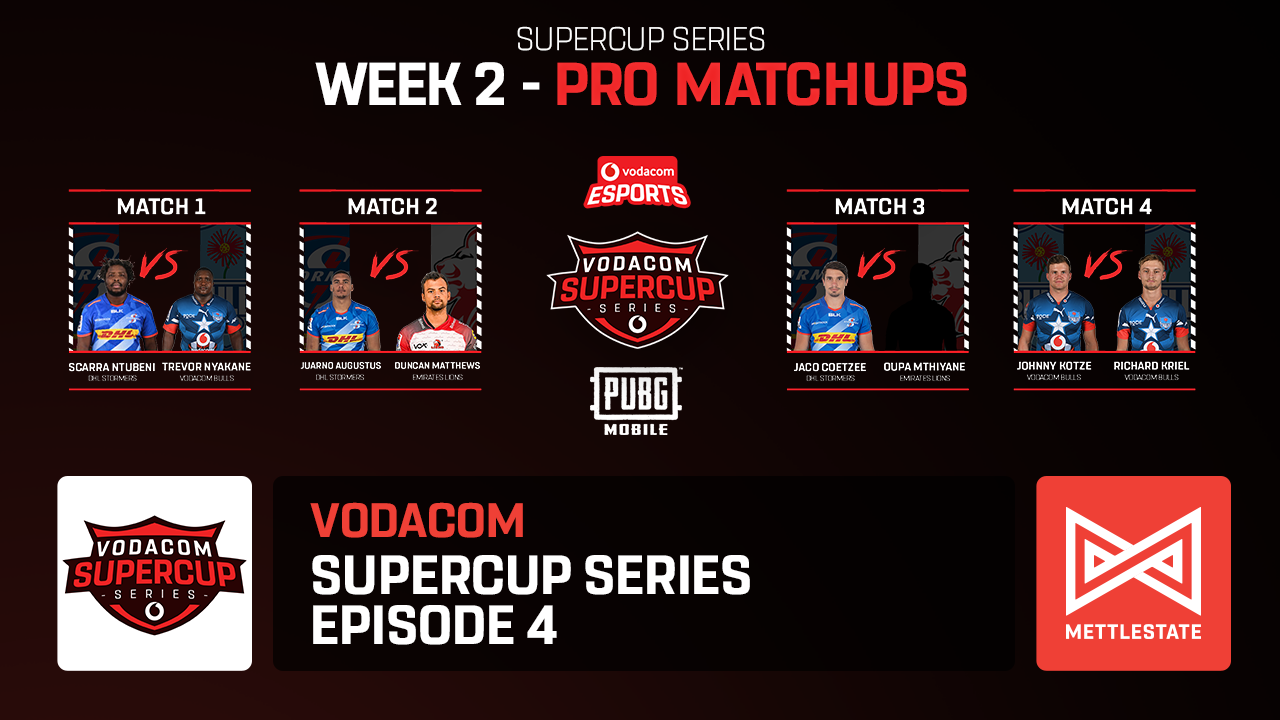 As you hopefully remember, last week I shared with you that I was hosting the Vodacom SuperCup Series. It’s a weekly tournament that is produced into a 3 episode weekly show. It’s been tons of fun working on the project and the second week was insane! We changed up the game title this week and moved from FIFA to PUBG Mobile. It was tons of fun! Remember most of these episodes run on @VodacomRugby first, so you can watch them there.

Because I know sometimes you might miss the action I’ve put all 3 episodes in one place for you to watch. The PUBG Mobile stuff was so competitive! Some of the rugby players were jamming this game 5 hours a day leading up to it. One of the players even told me he said to his mom that if rugby doesn’t work out maybe he’ll look at going into esports. I also had the chance to chat to Aimee for the gamers portion of the show. She’s a HUGE rugby fan who also happened to play PUBG Mobile, so there’s a really nice story there too. I’m starting to feel like I’ve found my rhythm with these shows and I’m hoping you’ll enjoy them. Take a look at the 3 latest episodes: