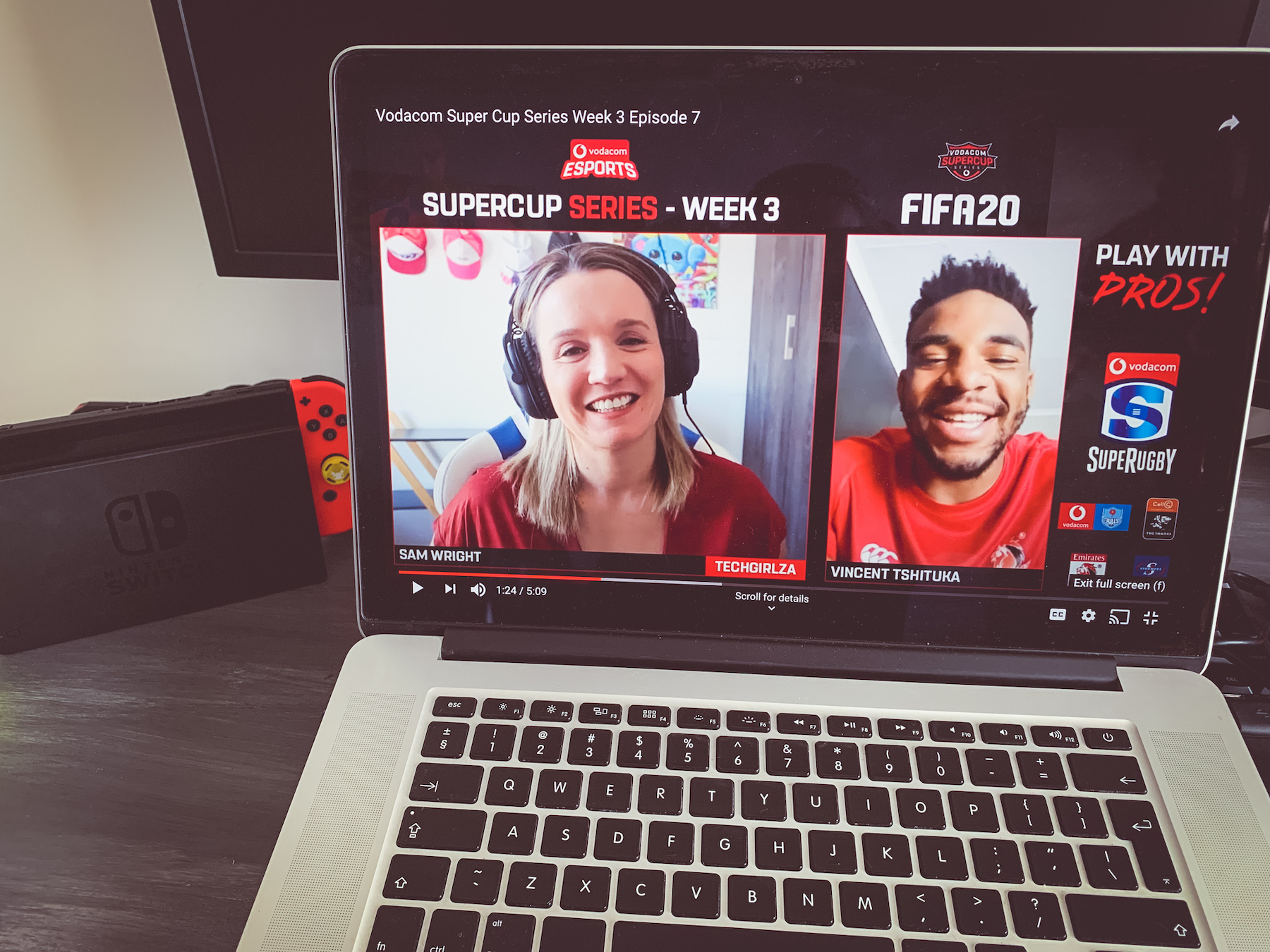 all the episodes in one place!

For the last 3 weeks I’ve been hosting the Vodacom SuperCup Series and it has been a ton of fun. I’ve enjoyed chatting to rugby players who are such huge gaming fans. It’s also been really rad having the opportunity to introduce sports fans to a whole new world and seeing them jump in and embrace it. So many even entered the competitions which was awesome!

Last week was our final week in the series, where we went back to FIFA and got to watch more action. Below are all 3 videos, but before you watch those, make sure you’re up to date on the previous shows. Week 1 was a cracker:

We changed it up after Week 1 and added some PUBG Mobile action to the party. This one was really interesting for me, because I had a chance to dive deeper into the PUBG Mobile world locally and learn a bit about some of our top players. Definitely something I’m going to be exploring more of soon!

Okay now that you’re all up to date, here are the last 3 episodes of the Vodacom SuperCup Series for you to enjoy. I’m really grateful Vodacom and Mettlestate bought me onboard for this project. It was a ton of fun and I really am proud of what we were able to accomplish and make from our various bedrooms and home offices!