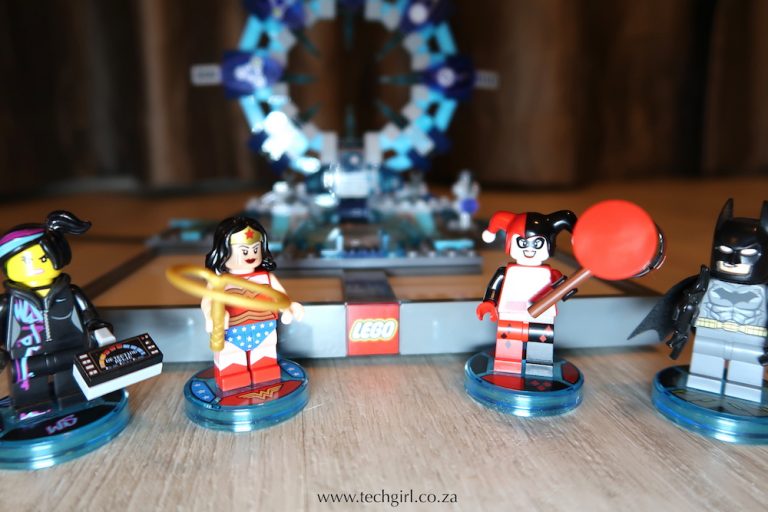 Right. I don’t need to tell you that I have a certain love for LEGO. When you combine LEGO with video games, well…. I get pretty damn excited (by now you’ve likely seen my LEGO Star Wars video). LEGO Dimensions basically is everything my little geek girl heart could dream of.

LEGO Dimensions is a video game that incorporates actual LEGO in to the game play. 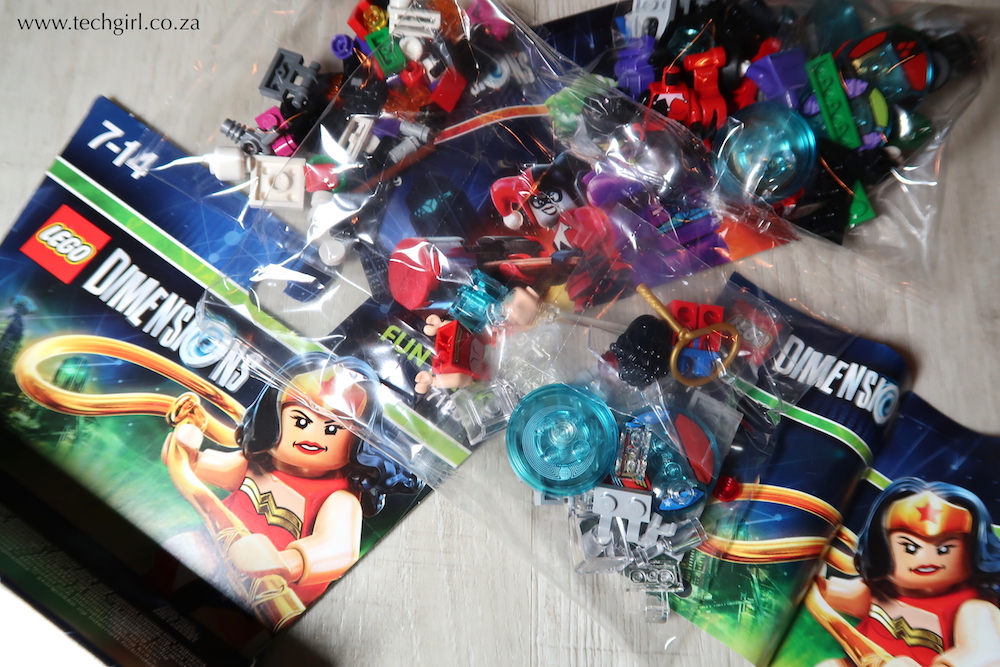 Before I get ahead of myself – you have the LEGO Dimensions starter pack which includes a Toy pad and three characters (Batman, Gandalf and that funky chic from the LEGO movie – what is her actual name?) as well as the Bat Mobile. You build the characters but then to build on the toy pad and the Bat mobile you have to load up the game and start playing. The build instructions are part of the game. How rad? 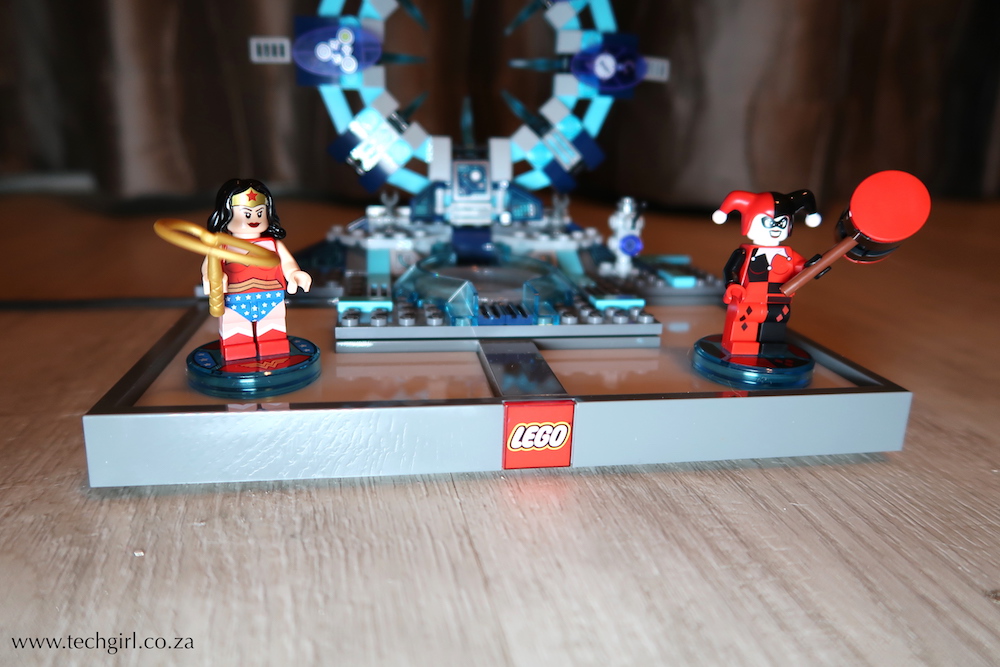 My favourite thing about LEGO Dimensions is that once you have the toy pad you never have to buy another one. You’ll be able to buy LEGO packs and add ons but if you only have the first pack you have 14 levels to play and 3 adventure worlds which include an open world set up with missions and then the typical play through role. The 3 adventure worlds are linked to those original characters, so the DC world, LEGO Movie world and Lord of the Rings. You get a lot in just the first pack (the starter pack for a PS4 is roughly R1500). The game is available for PS4, Xbox One, PS3 and Xbox 360.

However if you want to blow your mind you need to buy the other packs. 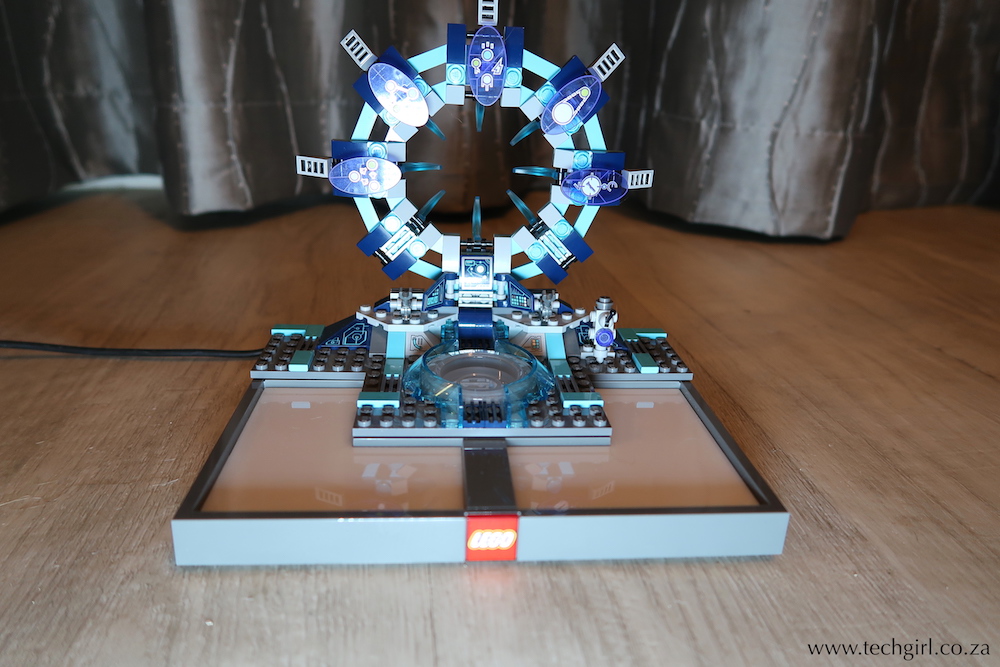 This is why LEGO Dimensions is so incredibly rad. You’re able to buy a host of characters to build who then unlock other worlds and levels. To give you an idea of the characters and the worlds on offer, a few examples:

Jurassic ParkThe characters have little cars as well and those can be built on three times in game. So the Bat Mobile gets a host of funky features and you could happily have Bart Simpson smashing around Jurassic Park in a Bat Mobile. I’ll let that sink for a few minutes.

Did you get the part about the actual LEGO? 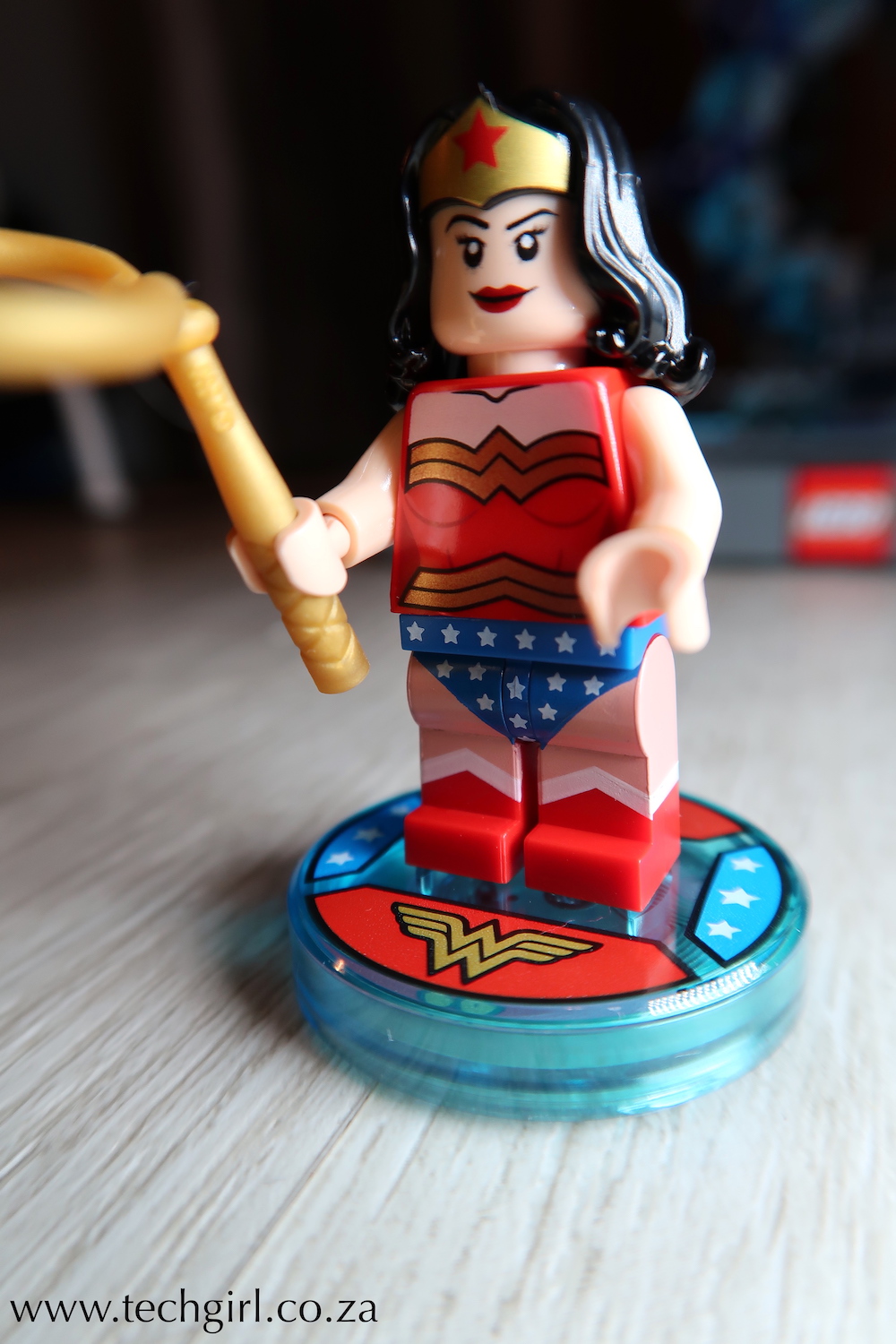 I think the value for money add on here is that you get actual LEGO to build, add to your toy pad and then play with those Minifigs in game. The cross over is so much fun but the bonus of having LEGO appeals to me on so many levels.

It’s LEGO, it is video games and it is your entire geek girl imagination being pushed to a whole new level. 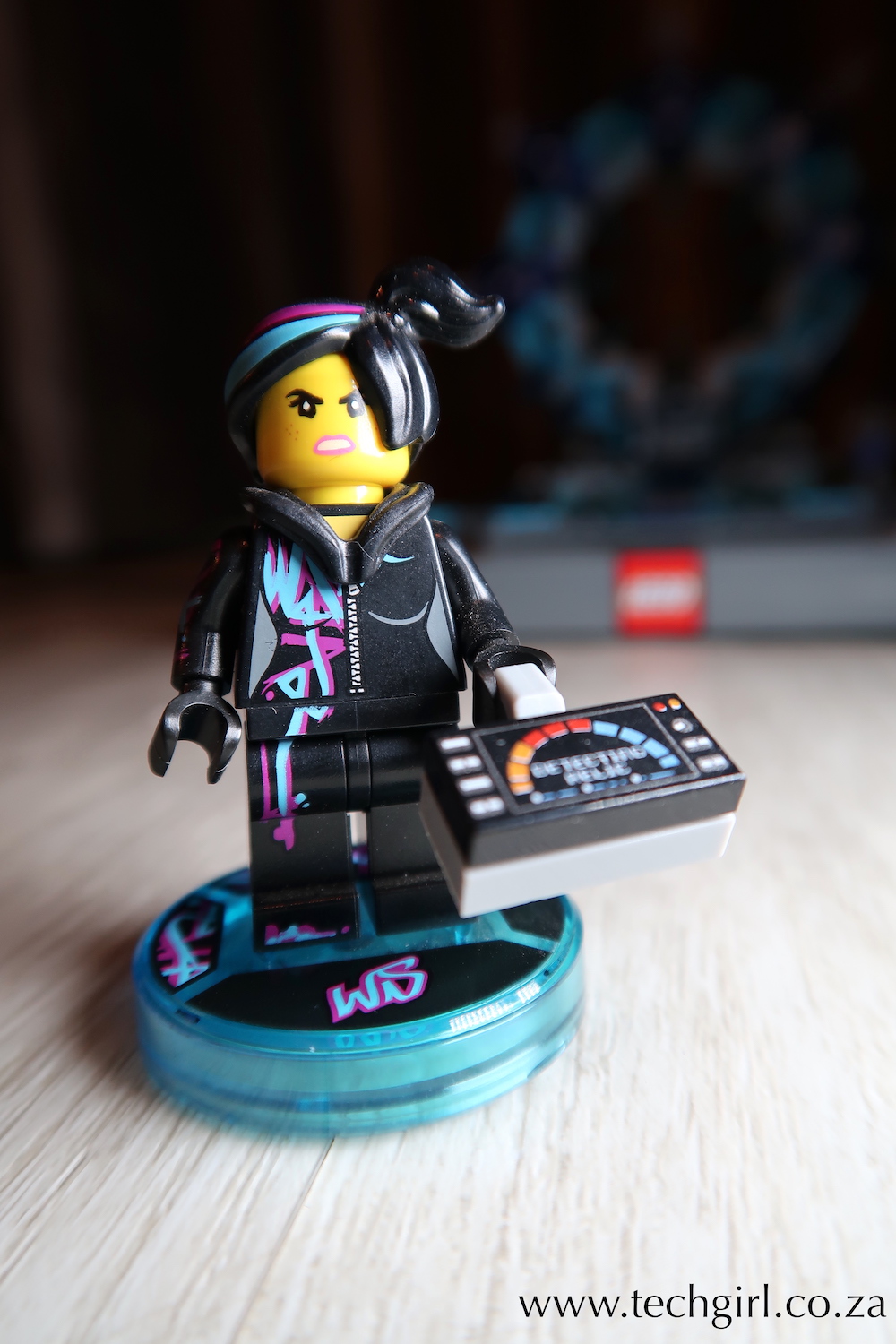 I know this is reading a bit like a HYPE piece but legit – it is that cool. Take a moment to think about the cost of actual LEGO. I dropped a small fortune on the Millenium Falcon LEGO pack for my brother a few months ago so I’m well aware that even for a small build you’re dropping 2k. Team packs, which include 2 characters and a vehicle or gadget are only going to sit at around the R400 mark. So for the same price as a small LEGO build you’re getting the toys and a video game that just takes it even further. If you want to build on that you only need to buy new characters and not fork out for another portal (I know it is technically called a toy pad but portal just sounds so much cooler).

LEGO Dimensions is available in South Africa from tomorrow (9 September). I’ve been busy with a move and haven’t had time to build as much as I want. However, on Friday night I have a big evening planned: it involves some of the best local eSports players and well… LEGO Dimensions. I cannot freaking wait. 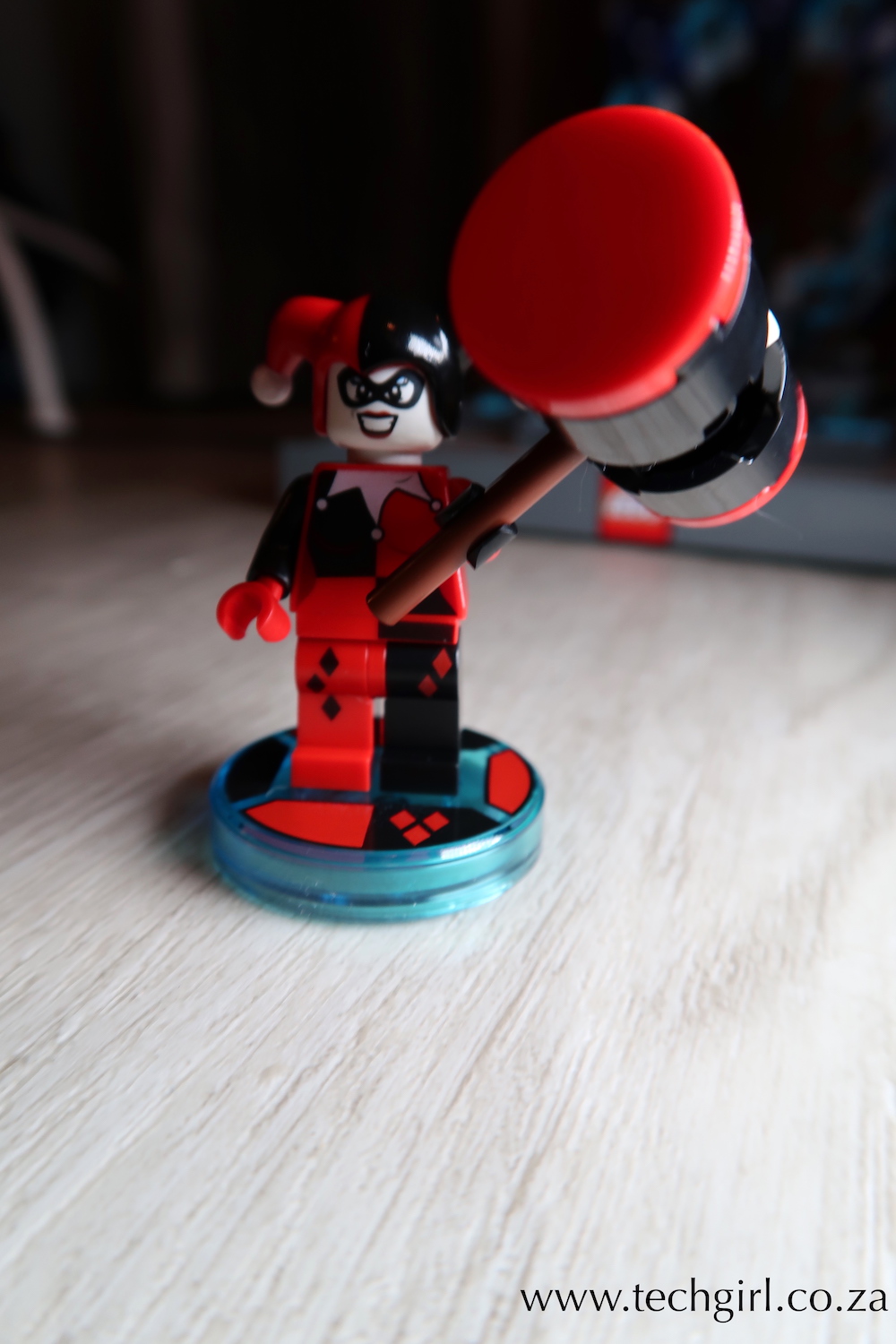 This is one of those perfect video games for a girl not yet ready to step in to the serious world of gaming. You’re able to just play the levels or alternatively join with friends to make it fun. Just drop those characters on the toy pad (still want to call it a portal). If you’re a mom, your kids have physical toys to play with and build. The benefits here extend far beyond just video games (yes, there are benefits to kids playing video games) and include all the motor and engineering skills developed in building LEGO.

Plus it is hella fun no matter your age.

So as I prepare to lock myself in my house, build LEGO and play video games you should be readying your credit card to purchase.

Which character or world are you most excited to try out? I’m team Wonder Woman but I’m sure everyone has a favourite?

DISCLAIMER: I was given a LEGO Dimensions Starter Pack as well as a few fun packs and a team pack. 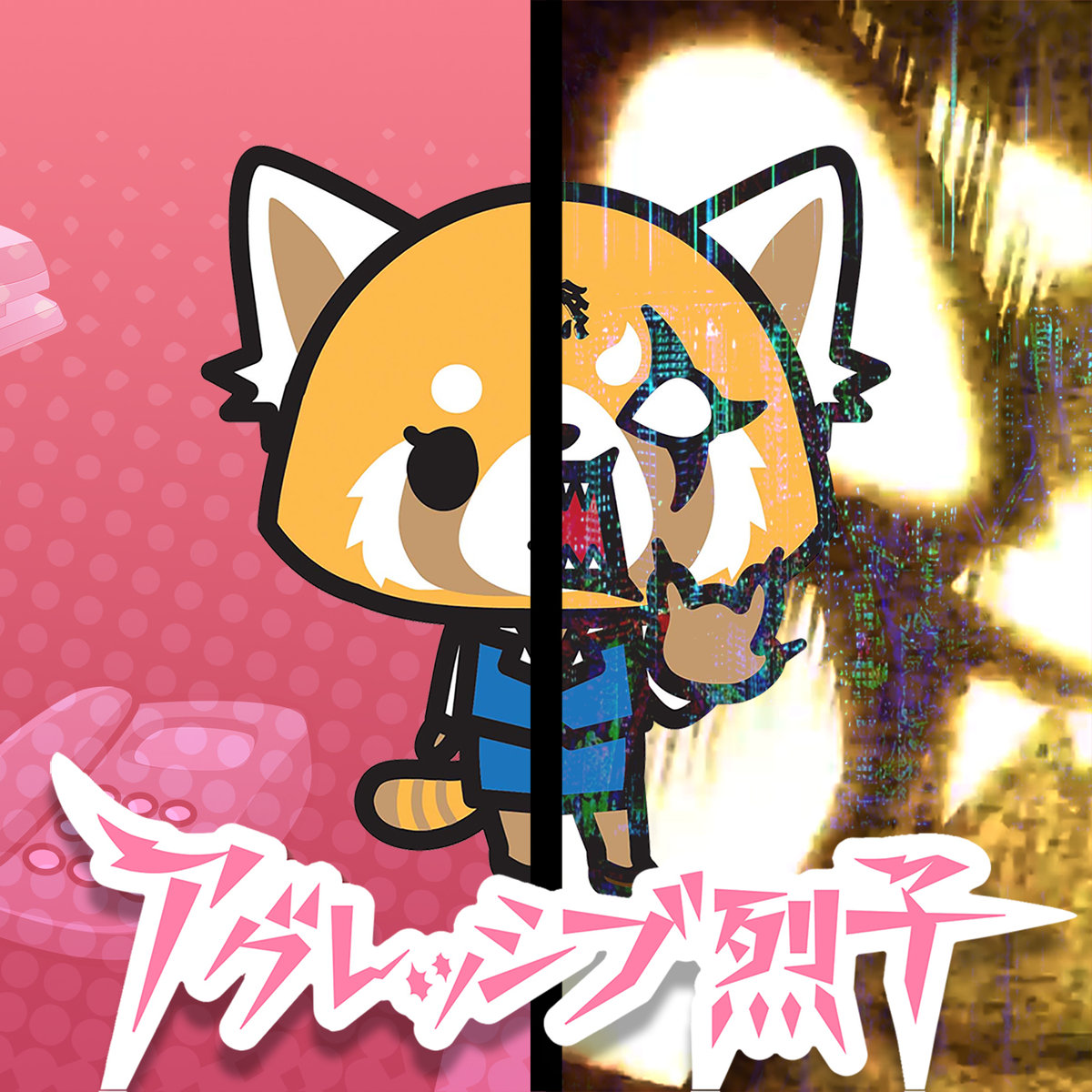 Aggretsuko: If Hello Kitty was a Death Metal screamo