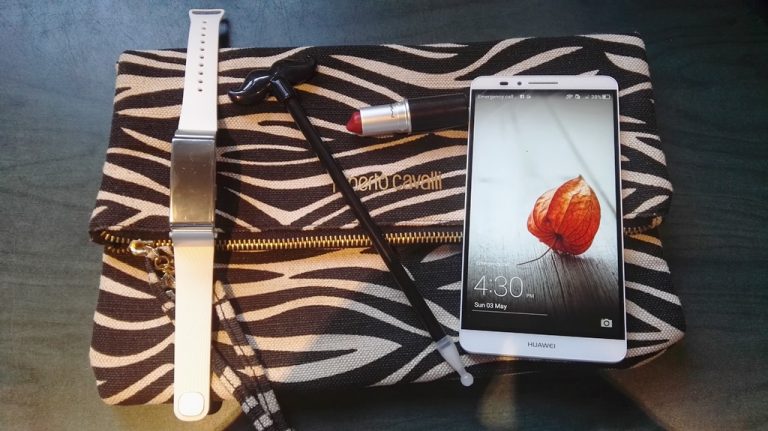 I have this argument a lot. I don’t like big phones. However, that is my personal preference. I understand there are numerous reasons to buy a phablet and, if you’re in the market for a new phone, some of these might appeal to you. You’ll remember I did an unboxing video for the Huawei Ascend Mate 7 a few months ago:

I’ve had a considerable amount of time with the Mate 7 so thought I’d share some views on Huawei’s offering and also give you 3 reasons to buy a phablet.

So phablets are big phones or small tablets. Imagine your smartphone on steroids and that’s what you have. According to most phablet manufacturers people want bigger phones. I’m presuming they spent a small fortune on market research to determine this, but I’m still unconvinced. However, from a business perspective, I do understand the need to go large. If you spend a lot of time on the go a phablet’s size makes work a bit easier. You can leave your tablet or laptop at the office and hit the road with your phablet. Checking emails, editing spreadsheets and the like does become easier on a bigger phone.

The Huawei Ascend Mate 7 is a 6″ phone. It’s big. However, unlike other phablets it actually doesn’t feel big in your hand. It’s light and skinny. My biggest gripe with phablets is that they don’t sit well in my little hands. I didn’t have this problem with the Mate 7 and was surprised that it actually sat so comfortably. It also looks rather beautiful with a metal style finish to compliment the big screen. What I really liked about the Mate 7 is that there is a setting available to let you use it one handed. In typical female fashion, when I’m on the go I’m usually multitasking. So I’m attempting to respond to an email while digging through my handbag for my lipgloss. The one handed option is easy to select in the shortcuts menu and then makes using the phone one handed a breeze. 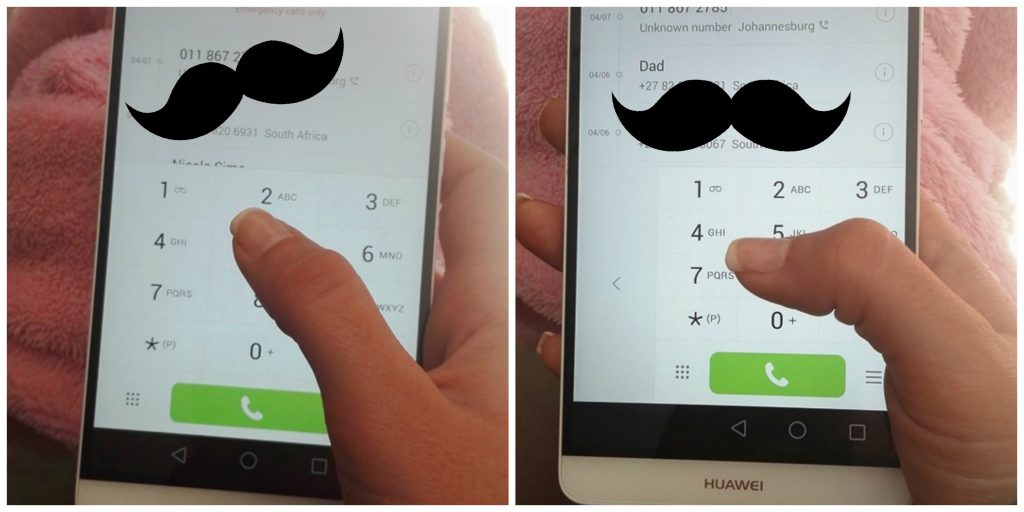 2. All about the view 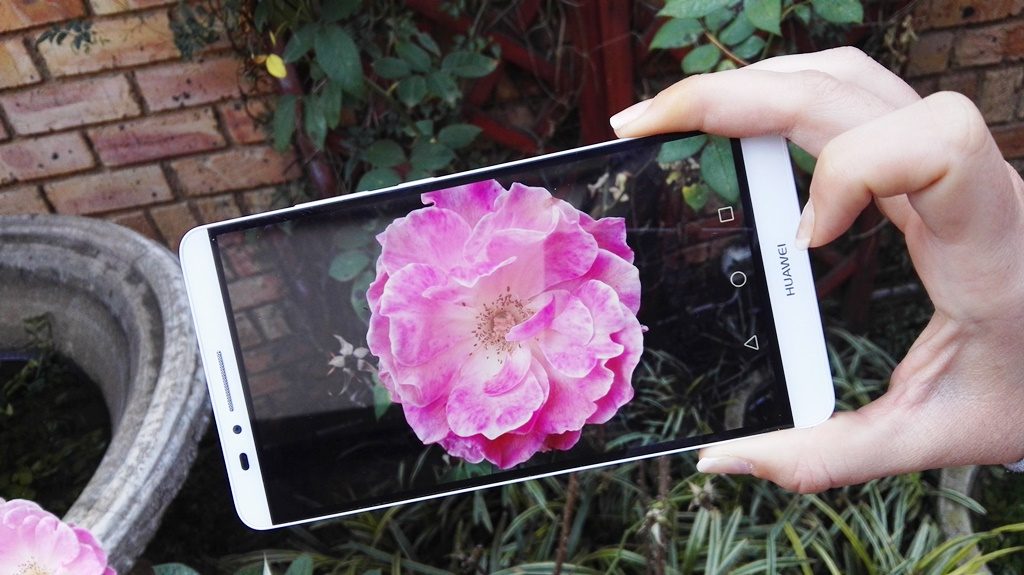 One of the main reasons to buy a phablet is the bigger screen. Bigger displays make working easier but also make it far easier to consume content. Fan of watching YouTube videos? They look better on a bigger screen. Enjoy reading in depth news articles that have been linked to via your favourite social media channels? Big screen phablets ensure you aren’t squinting or zooming in and out. The Huawei Ascend Mate 7 has an FHD Screen that offers up a resolution of 1920 x 1080 pixels at 368 ppi. It’s also runs at a reasonably fast speed so if you’re consuming content via a few open apps while gossiping with a friend on What’s App, the phone still keeps going and doesn’t hang.

The camera is my favourite part though. It has a 13 Megapixel rear camera and a 5 Megapixel selfie camera. I got some beautiful shots on the Mate 7. So if you’re the queen of selfies you’ll like this one! 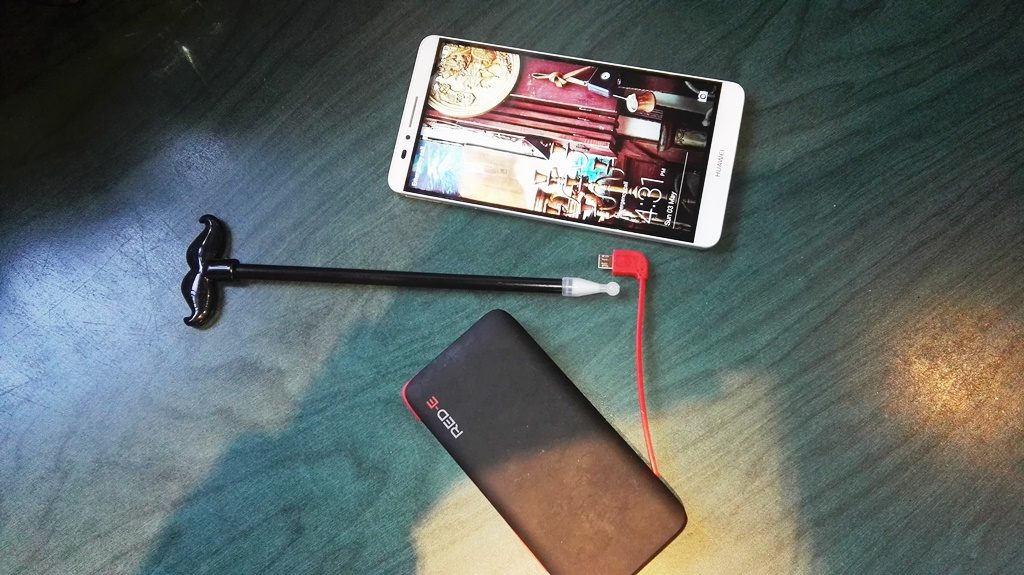 Phablets might be big but they tend to brag that they also come with big batteries. It’s the major selling point. Here’s a phone that replaces your tablet AND you won’t need to stress about battery power. The Mate 7 has a 4100 mAh battery. That’s a lot of juice. I found it took forever to fully charge though which was a big headache for me. I usually realise I need more battery power about an hour before I’m out and about. So it just didn’t power up quick enough. I spent a lot of time with mobile chargers plugged in. Everyone who has used this phone tells me the battery is incredible. I didn’t have the same experience though. I found it drank all the juice by around 2/3pm (keep in mind my day does start at 4:30am). I am one of those terrible phone users that has the display on and off all day though which could be the reason. The only phone that has ever coped with my battery needs in the Sony Xperia Z3 so I could be the problem here.

One (or two) more things

The Huawei Ascend Mate 7 was one of the better phablets I’ve used. It looks lovely, doesn’t feel as big as it really is and I loved the gold display finishes and design of the phone. It runs on Android so you’ll find it easy to set up and use. There is one “gimmick” that I want to tell you about though. The fingerprint sensor. You’ll remember Samsung and Apple tried this awhile back and, for the most part, it was a glitchy feature no one uses. The Mate 7 does this far better. The fingerprint sensor is on the back of the phone in the middle – a far more logical spot and it works like a dream. In all my time I didn’t have the glitches or the annoyances I’ve had with fingerprint sensors in the past. It’s a fantastic security feature that means only I get into my phone. 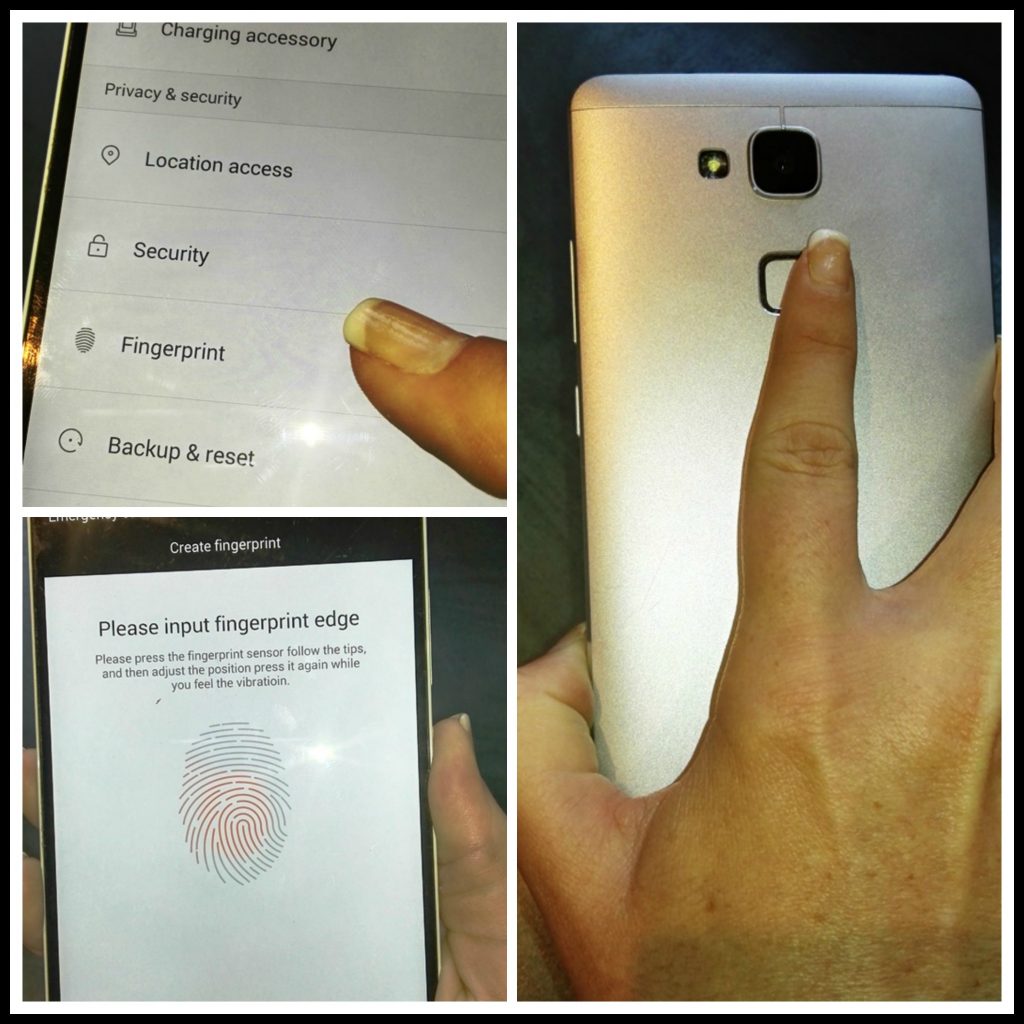 One of the reasons people don’t buy phablets is because they tend to be far more expensive than some of their smaller siblings. The iPhone 6 + is the best example here. For me, the biggest selling point on the Huawei Ascend Mate 7 is the price. You can pick one up from Vodacom at around R9299. That is a really competitive price for a phablet and you won’t be disappointed.

Disclaimer: I was sent the Huawei Ascend Mate 7 to review. That means it goes back to the brand. I don’t keep it.