Testing out a phone strap – the Speck Grabtab

By now I’ve made it pretty clear that I love phone rings. I even put my name on them (for reals, take a look at these Tech Girl phone rings). Unfortunately, I purchased a phone ring that was not one of mine and the adhesive wasn’t great. In the middle of Gamescom, while swinging my phone from my finger, it went flying. The phone ring was no more and, thank goodness, my screen didn’t take any serious damage. It was around this point that I decided to try out something a little bit different. Mainly because Gammatek had sent me some to try and I didn’t have a phone cover to test on… but now I sort of did. 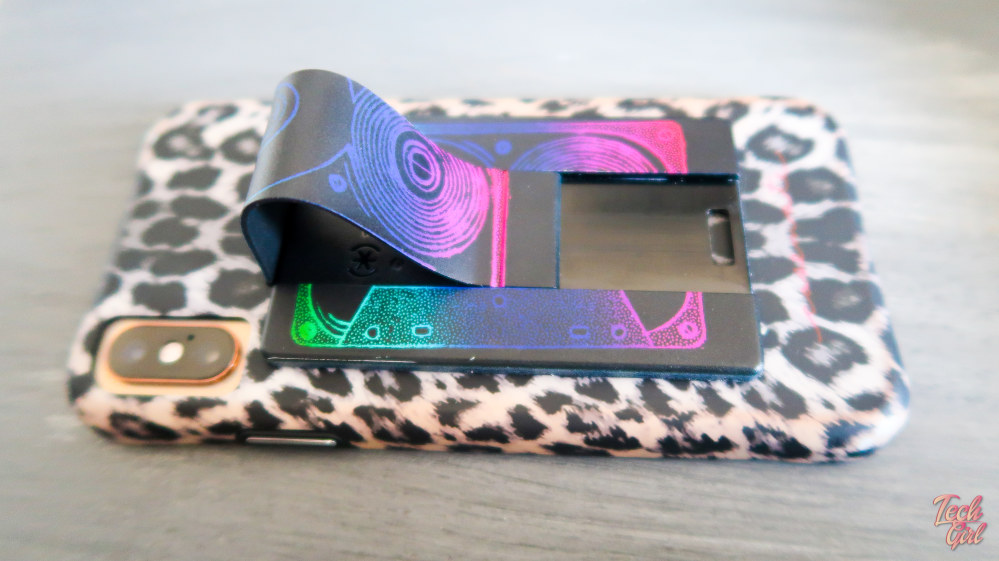 You’d be mistaken for thinking this is a credit card holder that sticks on your phone. It’s a cheap black plastic and really doesn’t feel nice. I also think it some what cheapens the look of the phone cover, but so be it. Saying that, it has a far larger adhesive surface area meaning the awkward removal I experienced at Gamescom is far less likely. While it does bulge out a bit it is far less than a phone ring which makes it nice when you’re attempting to put a phone in your skinny jeans pocket.

While I don’t like the look of the strap I really do love it’s functionality. You slide the little notch up and it creates a strap for you to hold your phone. 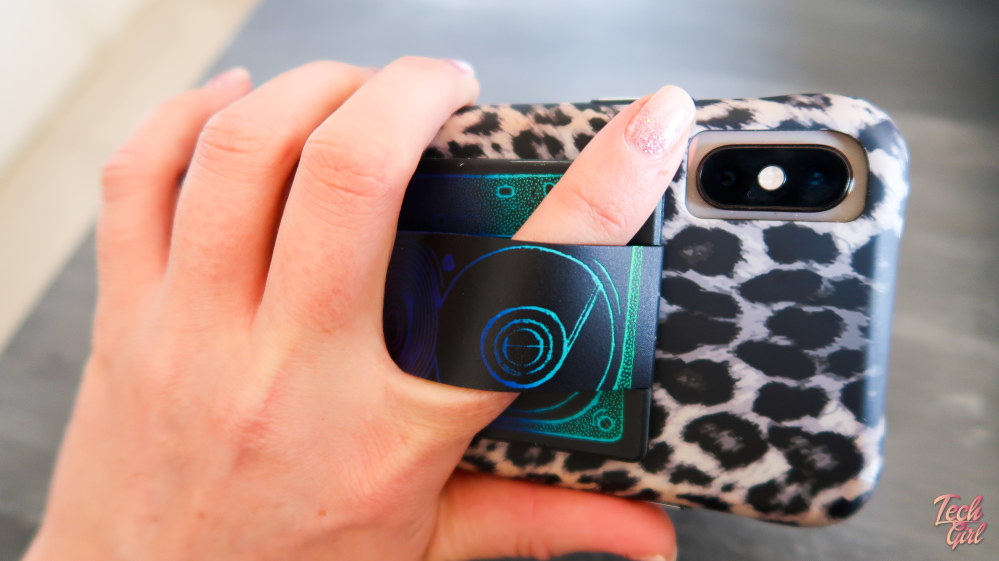 The material has a pleather type feel but seems considerably secure and gives you a decent hold. You now have the “ring” type effect (though it doesn’t allow for as much mobility as a phone ring does). The lifted strap also creates a “stand” for you. 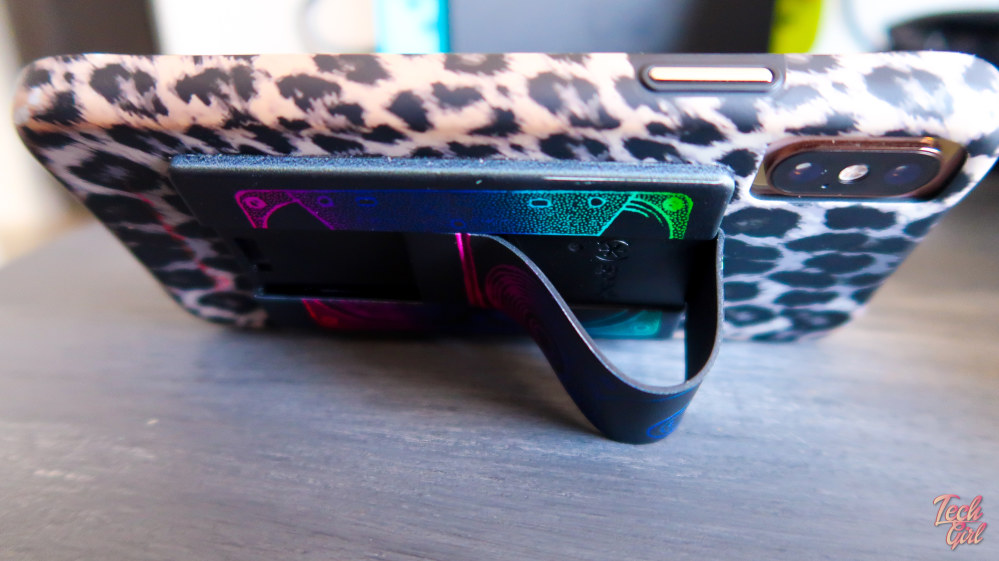 If you’ve ever used a phone ring before you’ll know that it sometimes loosens over time and isn’t able to continue being used as a stand. I think if you look after this one it might last a bit longer. When you’re done using the “strap” you just slide it down again and the sticky card bit is flat. 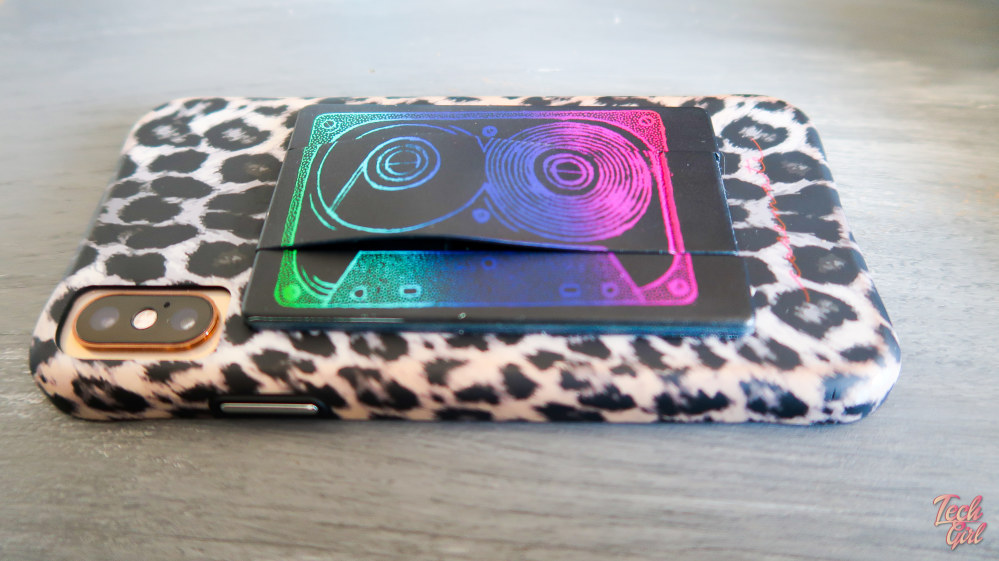 I’ve only been using this for a few months. I use it less than my phone ring and I’m not sure why. I’m also a bit worried that over time the sliding bit will not be as good at clicking into place and staying put both when flat or up as a strap. But for right now, it is holding its own. These are a possible alternative to pop sockets and phone rings so take a look if you drop your phone as much as I do. They retail for around R159 and come in a host of funky colours.

Disclosure: My Grabtab was gifted to me. Obviously it is stuck on my phone cover so I get to keep it.

6 reasons why it’s worthwhile upgrading to the iPhone 6
Stay up to date with the latest news and online resources on COVID-19 here: sacoronavirus.co.za.
Privacy & Cookies Policy