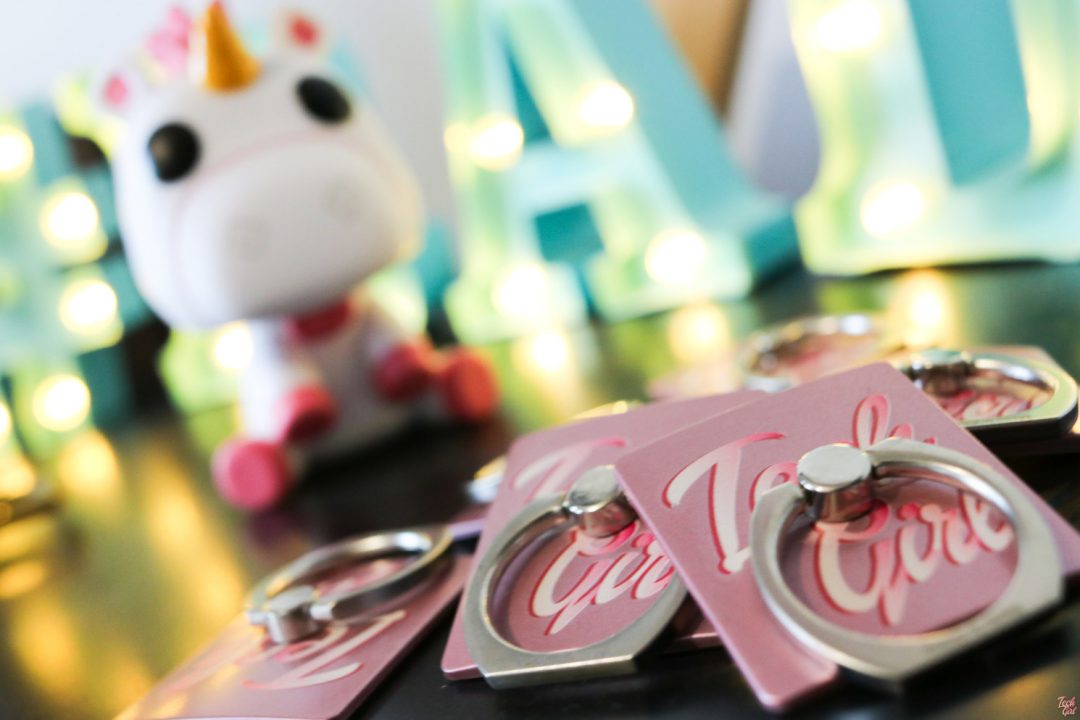 Phone Rings. Glorious gadget accessories that are extremely useful if you find your phone on the floor more often than not. I never really “got” phone rings until I saw Chani showing hers off at an event. Chani introduced me to the world of phone rings, and you, when she blogged about why she put a ring on her phone. 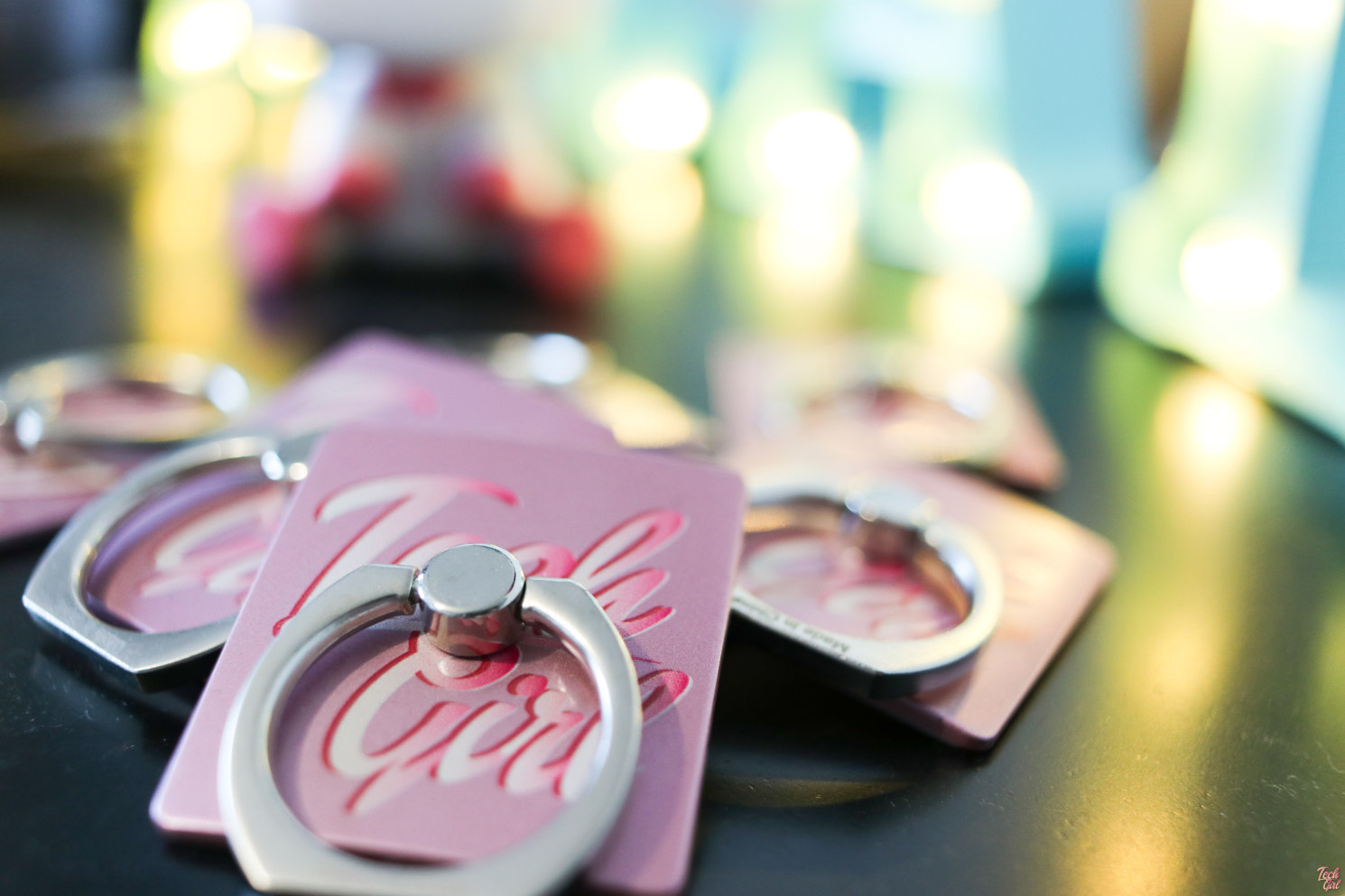 Simply put, phone rings are adhesive devices you can place on to your phone cover. The device has a large surface area that sticks flat on the cover and attached to that is, for want of a better word, “a ring”. The ring can lie flat on the phone, be lifted slightly at a 45 degree angle and sit at a 90 degree angle. The 45 angle allows you to create a sort of “kick stand” while the 90 degree lift allows you to literally slip your phone on to your finger. This is a great way to ensure your phone isn’t slipping out of your hands and also frees your hands up somewhat.

It is a weird little “extra” 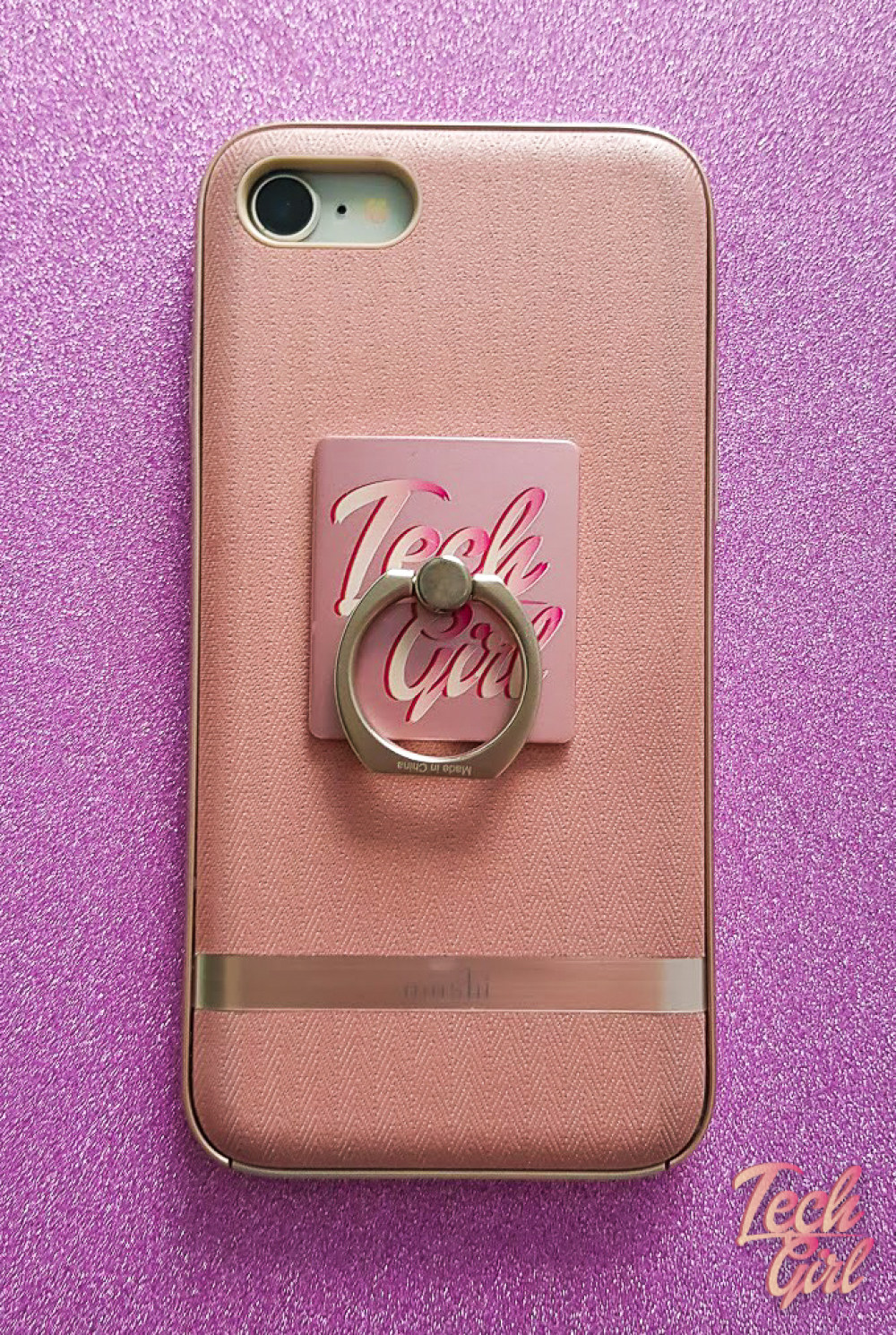 Most of the time when someone sees it on my phone they’re rather confused. When they see it in action many love it. It isn’t for anyone. It doesn’t sit flush on the cover and does add an extra “lump” for want of a better term. That is a no go for some people but I haven’t had an issue with it yet. They can also be really difficult to find. I used to always suggest TYPO as my go to as they have a few funky designs. However, I purchased one from them recently and it came off my phone. I can’t have that, because if I’ve got the ring on and using it in, for example, a hands free situation where I don’t want my phone to fall… the phone ring coming off is obviously a giant problem. I purchased a few from It’s a Bling Thing and they were superb. Simple square designs in a brushed aluminium finish with the ring. I liked the plain design that easily goes with any phone case and can be placed anywhere on the phone (I like my phone ring on the middle of the phone, some love it higher up). 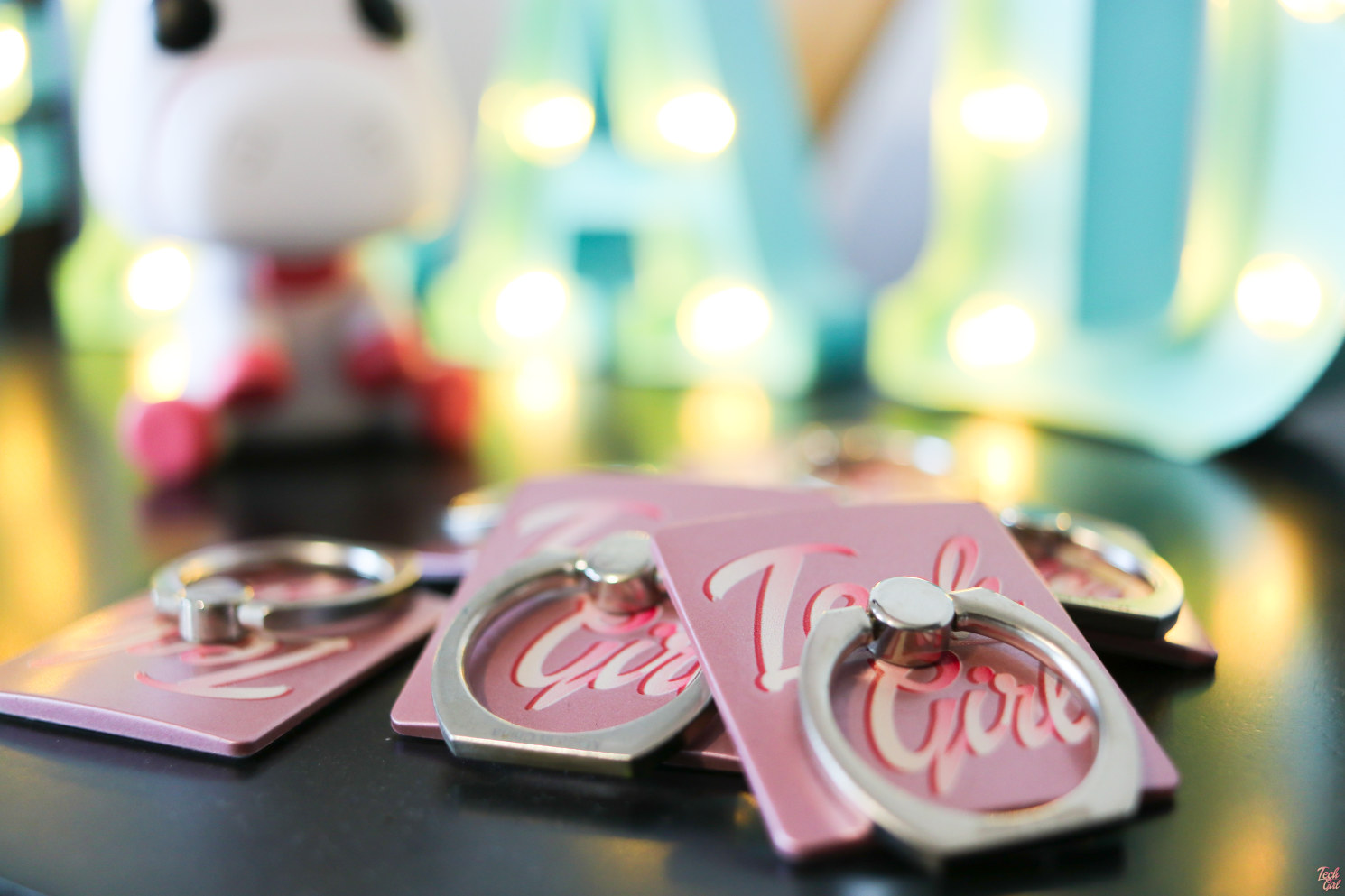 I now have a host of Tech Girl phone rings. These babies are all done in a brushed aluminium finish with rose gold colouring and the logo on them. iPromo was my first and only stop to get these made – the service was incredible and they delivered them in South Africa without a problem. The Tech Girl phone rings are not for sale. I’ll give some away and include them in Snapback purchases (so when you buy the caps you’ll get a little something extra added to the mix!). Consider them my special gift to you!

What do you think of the Tech Girl Phone Rings? Do you want one? Let me know in the comments below. 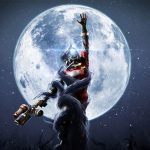 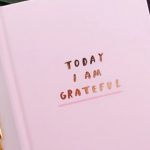 Dear Diary, is an online journal app a good idea?