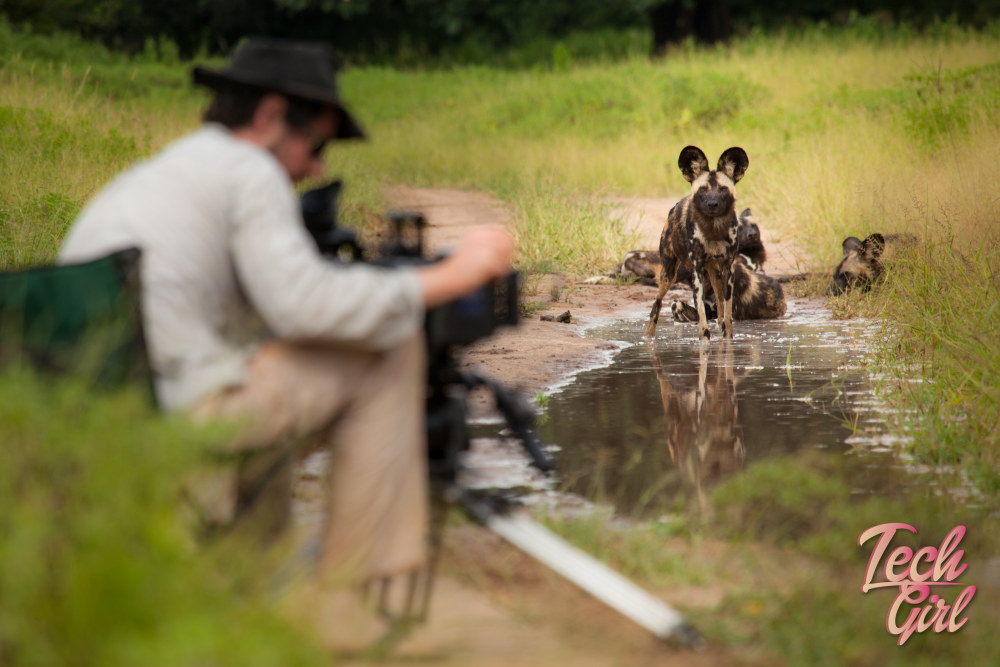 Picture Shows: MAKING OF. Director of Photography, Warwick Sloss, was able to film the pack at increasingly close range as they get more used to the camera. Blacktip's pack pictured. Cleared for Brand use - Level A-B.
FeaturedFun StuffSponsored

DYNASTIES – the documentary series you must watch

I’ve spent much of this year travelling. I’ve lived for more than 3 months in other countries. If anything it has just made me more aware of how much I love Africa and how incredibly beautiful our continent is. We have such incredible nature in our backyard. Two weeks before I flew to the Ukraine for Season 3 of Overwatch Contenders I actually headed to the bush for a weekend away. We had warthogs in the garden while we chilled on the deck and even heard a leopard on our night drive! We have this surreal world around us with amazing animals and yet, do we really know how their world plays out or even how we affect it?

Off the back of appreciating home, I’ve also become a bit obsessed with documentaries of late. Real world stories fascinate me. When I heard about the new offering from BBC Earth, called Dynasties, I knew I had to see it. I also wanted to find a way to help more people watch it as well because I feel that the stories told are vitally important for everyone – no matter where you live.

What is BBC Dynasties?

You likely remember Blue Planet II and Planet Earth II. A new generation was introduced to the incredible David Attenborough and his ability to educate and entertain you while sharing unique stories about special animals. Dynasties is a six episode series that follows the stories of five of the world’s most endangered animals. The sixth episode is a making of, which I’m sure will be mind blowing in itself.

The first story showcased a chimpanzee who was battling to remain as leader. The second episode tracked thousands of emperor penguins. I actually watched this behind the scenes video and burst into tears:

The episode last week showcased the real lion QUEEN who, after being abandoned by her male protectors had to lead her family and protect them. This coming week takes us to Zimbabwe to watch as a mother daughter pair of Painted Wolves squabble and potentially threatens the future of one of the last big Painted Wolf families in the wild. The fifth episode will showcase a tigress in India and how humanity threatens her family’s survival. These are emotional and moving stories that will make you cry. I constantly have to swallow the lump in my throat.

The crew spent more than 3 years filming and curating these stories. Reading the opinions of the people who worked on these shows – I’m in awe of what they accomplished.

“Filming the chimpanzees for over 300 days out in a remote corner of Senegal, was an experience of a lifetime. It was tough going, with long days on foot and high heats, but the group took us on an incredible journey of power struggles, friendships and politics, all shot against one of the most unusual landscapes I have ever seen chimps in. We worked with a fantastic team of local Senegalese experts, without whom we never would have been able to capture the epic story of David and his group.” – Rosie Thomas, Producer and Director of Chimpanzee

“The Masai Mara in south-western Kenya – probably one of the most iconic landscapes in the world. Known for the incredible wildlife that covers its fertile grasslands, it was such a privilege to come and spend nearly 18 months filming Charm and her pride. For me, lions are the most incredible animals on the plains and in this series we explore all the elements of what it takes to survive and thrive here in the African bush. We came to understand that the life of a lion is much more than just hunting, and following the pride was a rollercoaster of emotions – living their highs and lows right alongside them. I cannot wait to see the audience reaction to Charm and show them a new level of insight into one of the world’s best loved and most iconic creatures.” – Simon Blakeney – Producer of Lion

“I got to spend about two years and around 200 days out in the incredible Mana Pools National Park in northern Zimbabwe studying, following and being enthralled by Tait and her pack of painted wolves. As a species, painted wolves are endangered, primarily because of loss of habitat. The Zimbabwean team on the ground, who helped us to make this film are making strong efforts to raise awareness for the how special these creatures are and how they need to be better protected to ensure their survival in years to come. I hope this series helps Southern Africa, and the rest of the world, fall in love with them as much as I love them. Once you see the lengths and breadths Tait goes to, and her sheer determination in the face of mortal danger, and to understand that despite this she was responsible for 280 descendants, you will really understand why we believe her to be the greatest of her kind.” – Nick Lyon, Producer of Painted Wolf

What impresses me most about this entire production is how it is had taken the documentary format and turned it into something that appeals to a whole new generation. When I decided to promote this series the BBC team supplied me with incredible footage and funny GIFs that were ideal for social media content and really give you an opportunity to see inside the lives of the heroes of the stories. Dynasties and the stories it tells are on par with a blockbuster movie or an award winning series… and yet, this is real life. These animals are real and their stories, the truth. My biggest hope is that you will watch the episodes, learn about these enthralling creatures and help us save their lives and the lives of their descendants.

Pull out your phone and set an alarm. Dynasties airs every Sunday at 4pm on BBC Earth (Channel 184). Once you’ve seen an episode let me know your thoughts in the comments below?