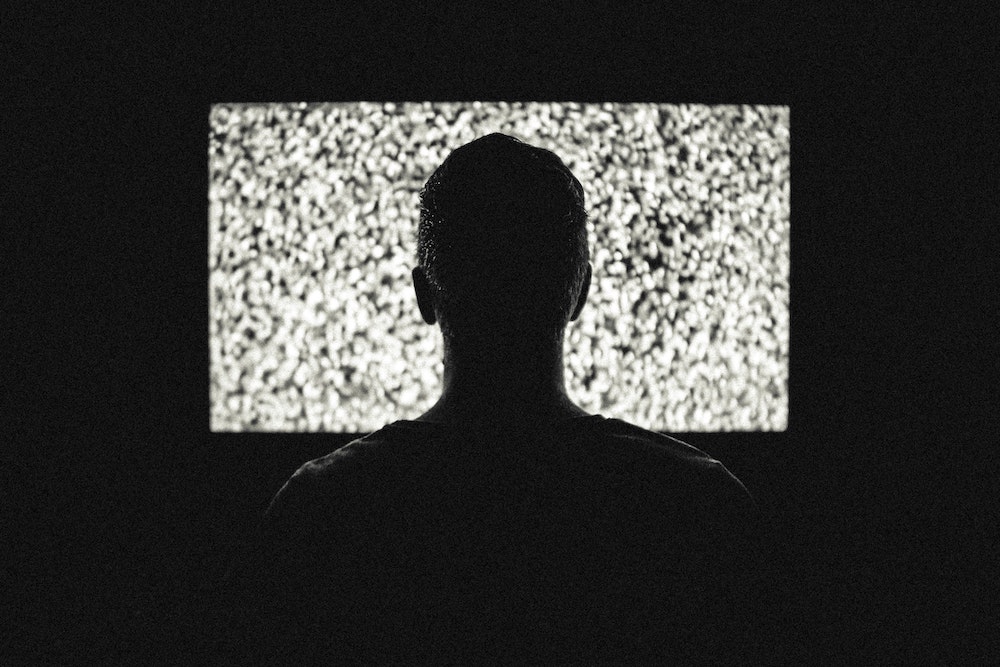 I’ve been disenchanted with the gaming and esports industry the last few months. A good friend likes to message me and tell me it is the end of the year and it is inevitable to feel cranky and frustrated. Maybe he is right. I just felt so sad. I’ve watched people I know and respect lose jobs with no explanation. I’ve watched people really making a difference be shot down. Weekly, I’ve witnessed gamers en mass go mental and on the attack because a game isn’t the way they want or isn’t working or whatever else is the flavour of the week. I’ve watched the community bully. I’ve been bullied. My friends have been bullied. I’m not sure if it is because the South African Gaming space is so small but I had to actively stop answering my phone two months ago. I was tired of the drama, the backstabbing and the constant need to discredit or take each other down. Everyone was fighting over everything and it was doing my head in. At rAge this year I expressed my frustration to another person in the industry and his comment has stuck with me: “This is not Game of Thrones.” How right he was, or is?

Knowing I was heading to work for a good few weeks I took a deliberate step back to try focus myself and remind myself why I love gaming. COD BO4 with mates has strongly assisted in this but the story I’m about to tell you has really cemented the feeling of joy I’ve always got from gaming and reminded me why we do this to begin with.

The ZA Gaming Alliance is a very large South African Gaming group. I’m a member and, I’m pretty sure, drive the mods mad. There have been times when something posted in there has tilted me or triggered me to the point where I harass them privately to try show them that they need to take it down. They handle my rants rather well and do a great job of handling fiery personalities like myself and others. Regardless of my occasional tilting and the group’s somewhat interesting dynamic – cool stuff happens there. Last week this post was forwarded to me by my friend Demonik asking me if I could help. It was posted to ZAGA by Brandon Poisson:

Whats up guys. So this is a 2 part post

This is my grandfather, he is 82 years old and loves playing games, he has been playing since as long as I can remember, Introducing my cousins and I to games like doom 1 at super young ages (Which yes did give us nightmares but we are all gamers still to this day)?

Part 1- If you would like to add him on steam, his URL to his profile is : (I’ve removed this URL. If you want it comment below and I’ll DM rather).

I think its without saying that only respectful people should add him, He may may not accept instantly as he isn’t used to the steam interface but I will go and check every now and again to accept any invites from you guys. If he doesn’t accept any party invites don’t be upset, chances that he didn’t see it are probably about 95%? He mainly plays counter strike, he alternates between source, GO and Condition Zero.

Part 2- If anyone has a 2nd hand headset with a mic that they no longer need, can they please pm me, either to give away or to sell at a reasonably low price. (Nothing fancy)My grandfather wants a headset just to talk to some of the other players in his game that try to communicate with him. I have also attached a picture of his current headphones which you can see has no mic or anything.

Sorry for the long post, have a great day guys. ?? And happy gaming.

These were the pictures that were posted: 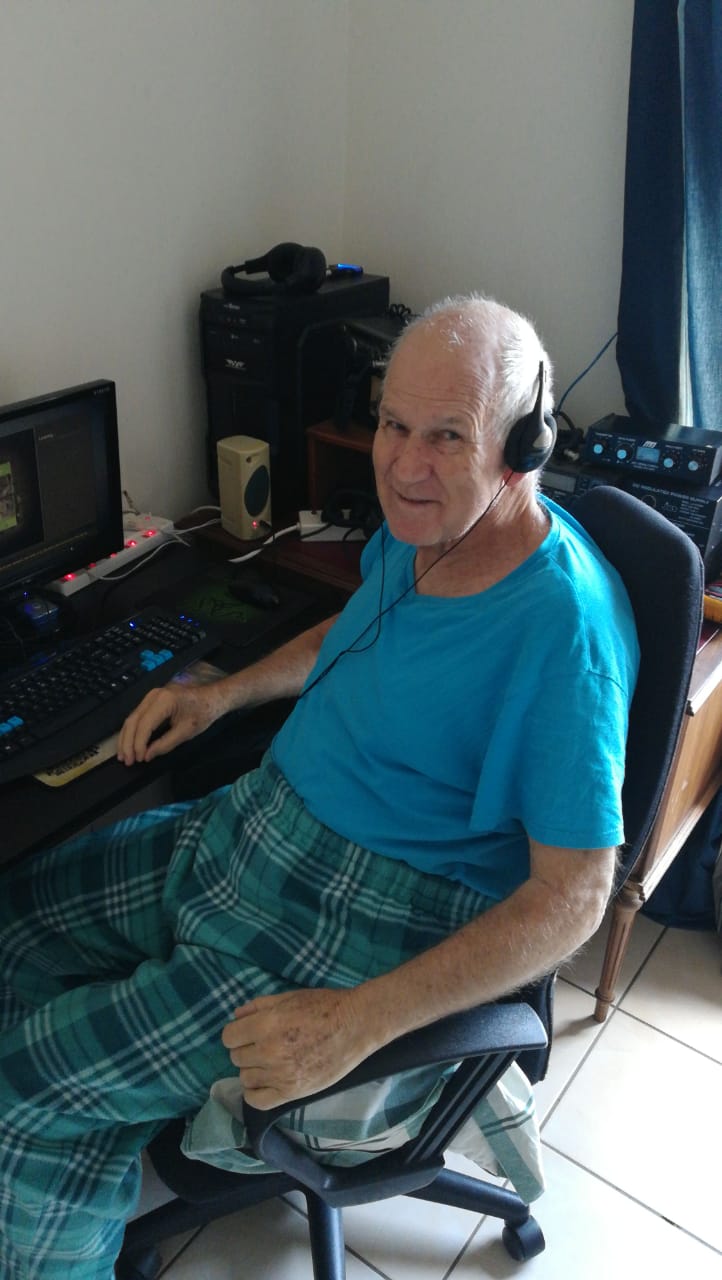 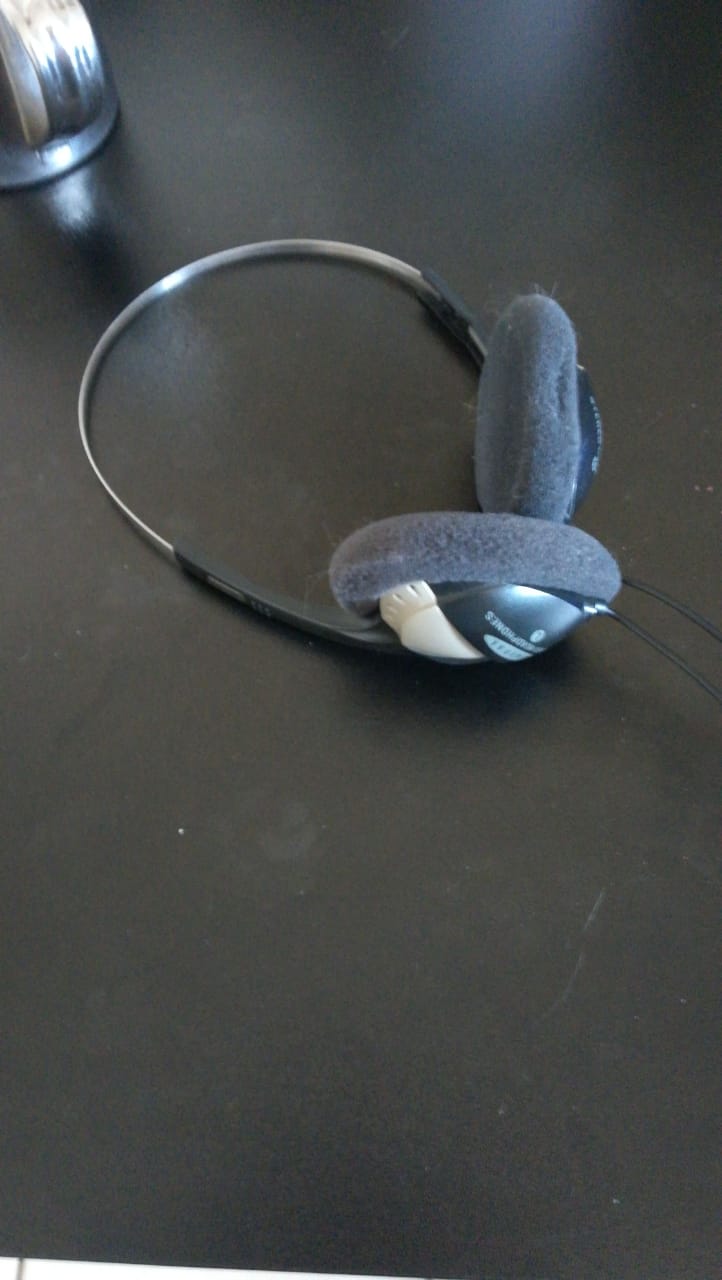 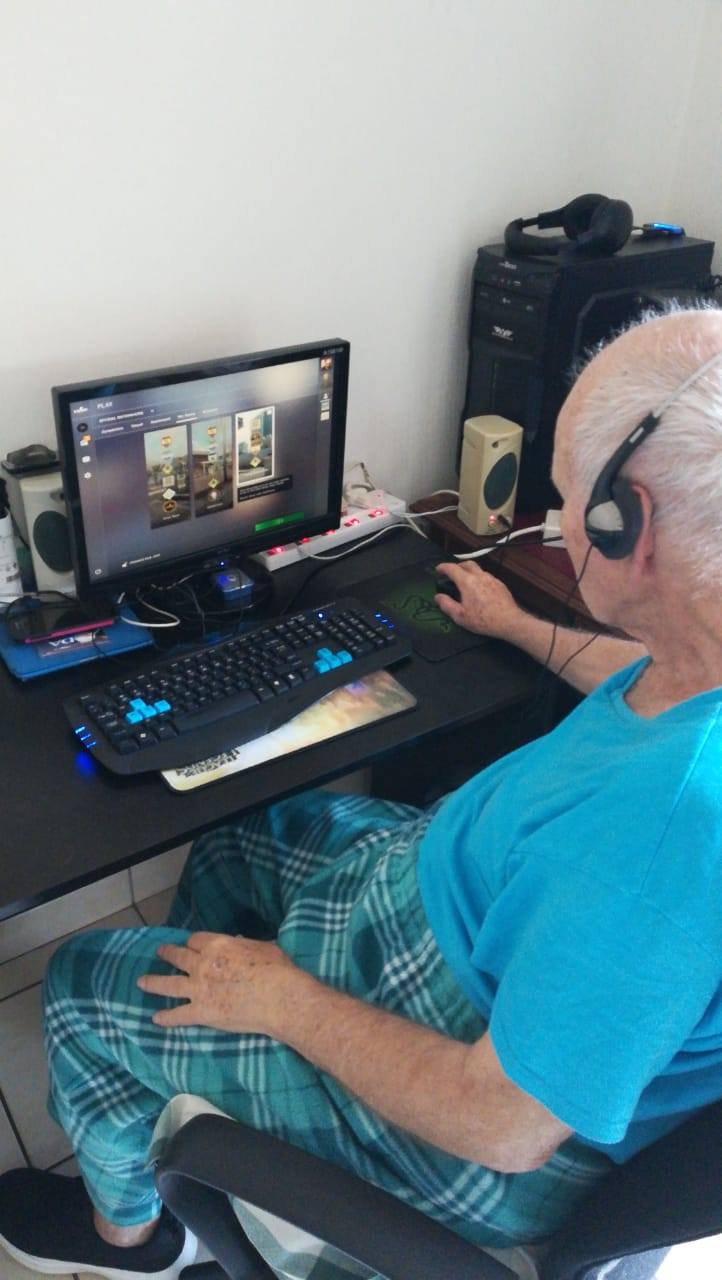 I read the post and saw the pictures… and then I read the comments. Numerous ZAGA members were offering up headsets they had available for “Granddad”. Gaming headsets aren’t cheap. Yet so many people were willing to help in some way. The thing is, I’m spoilt. I have sponsors who ensure I have gaming gear. I’ve worked hard for a good few years and have expendable income so dropping a few extra Mandelas on a new game or gaming gear isn’t as big a concern for me as others. But I know many of the members offering to help weren’t in the circumstances I am. But they still wanted to help. This is the core of our local community and why it is such a passionate place. Yes, we fight, we butt heads – but this is why we keep going back for more. Without thinking I commented and said my one sponsor, Razer, would assist and donate a brand new headset. After posting I realised I should probably ask Razer if they could. They didn’t even hesitate – of course! 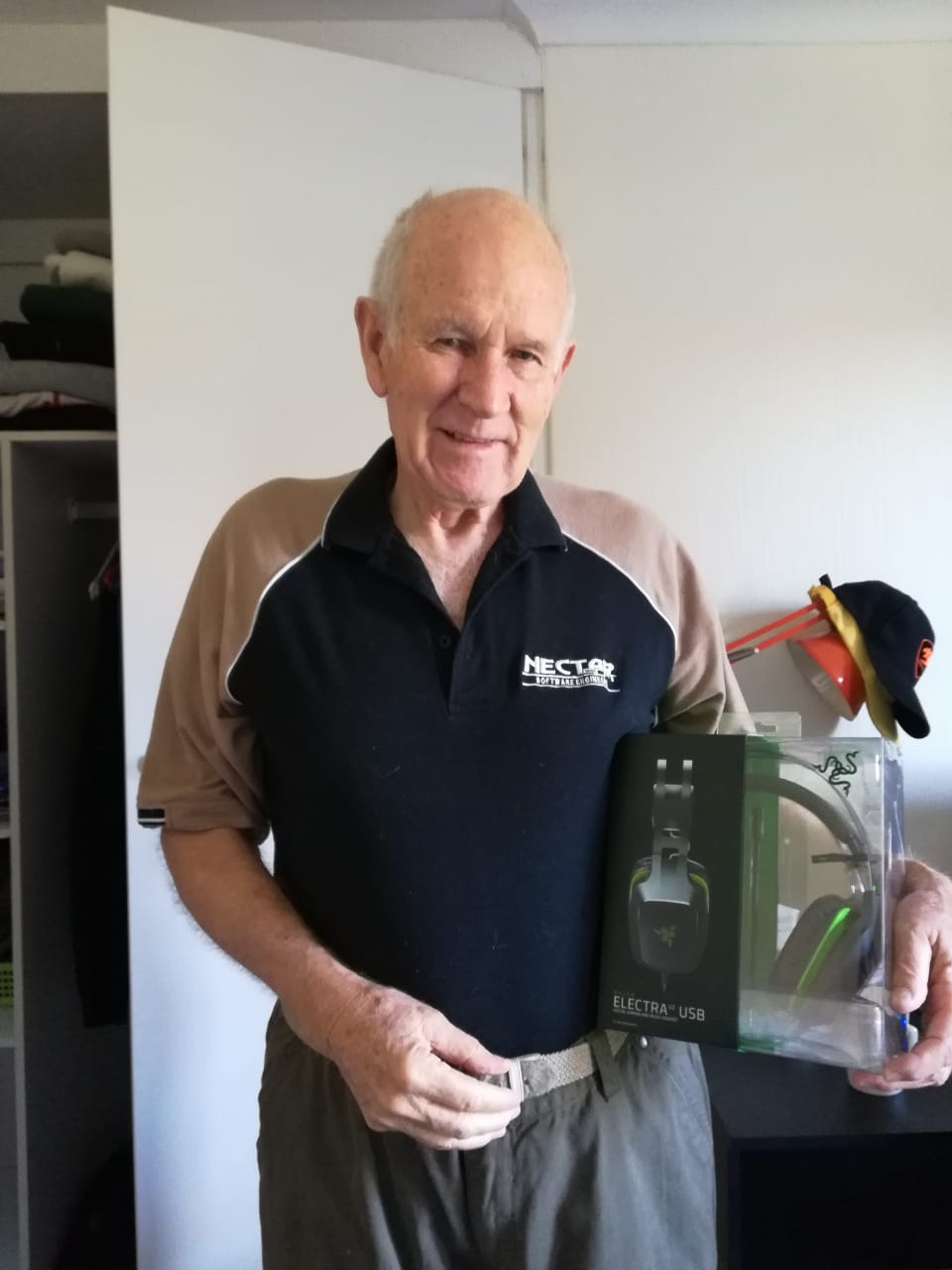 ZAGA was, at the time of the first post, running a giveaway for a gaming chair. Once we had found “The Legend” (Granddad’s new name) a headset a few members pointed out his chair and suggested that rather than having a winner, the chair be donated to The Legend. At this point, I had an idea. There was a way to allow ZAGA members to still potentially win a chair AND make sure The Legend got a better gaming chair too.

South African streamer Pacman is someone whose content and sense of humour I really enjoy. He also works damn hard and gets stuff done. His sponsor, Cougar Gaming, also happens to have incredible gaming chairs. I hit Pacman up and asked if he could help. And then this happened: 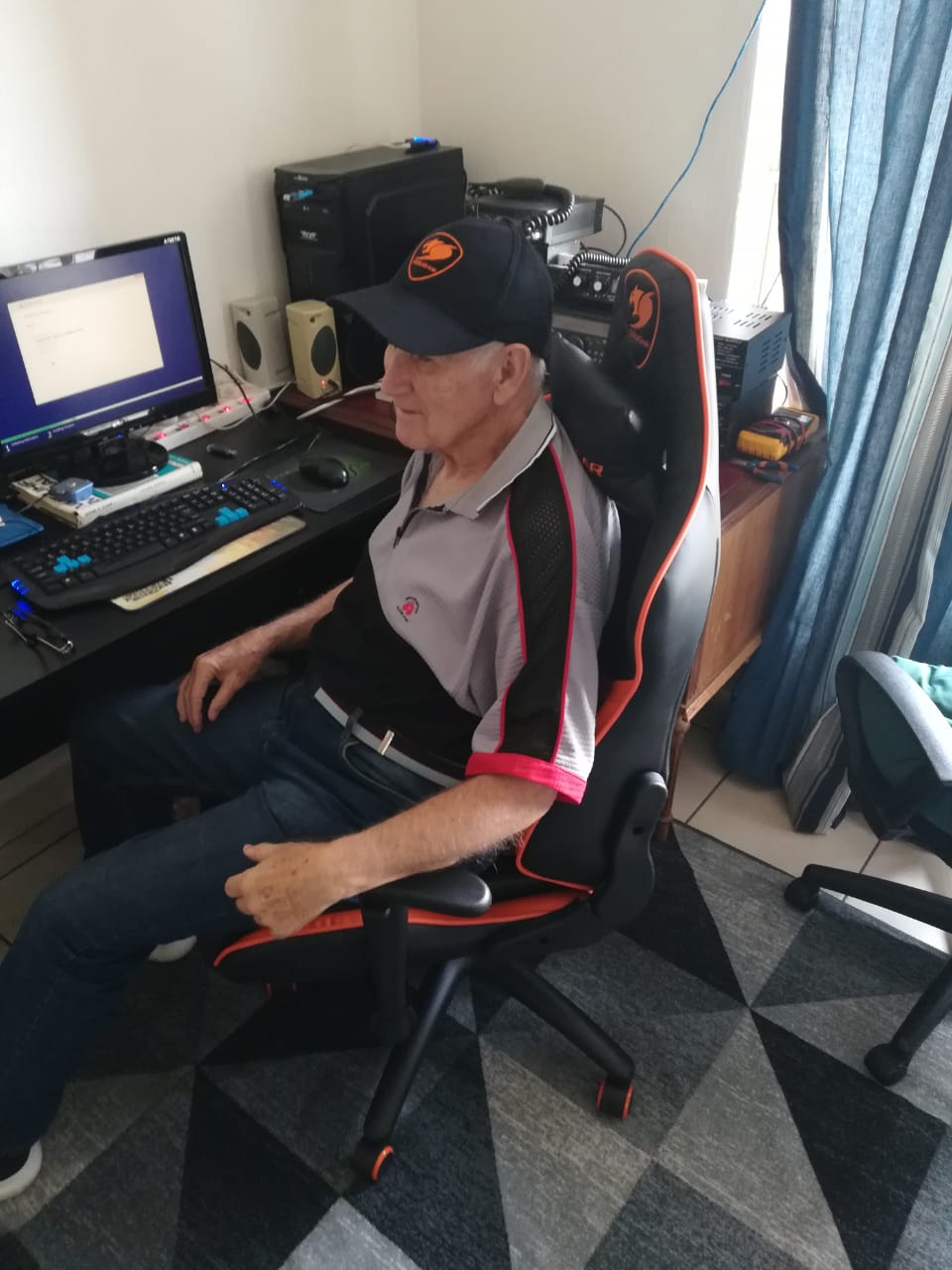 Razer and Cougar are “competitors”. Yet, neither brand representative hesitated in helping Pacman and I. We asked, we explained why and they agreed. There was no marketing calls about competitors involved, no wanting to own the story… none of the BS. They just went HELL YEAH. 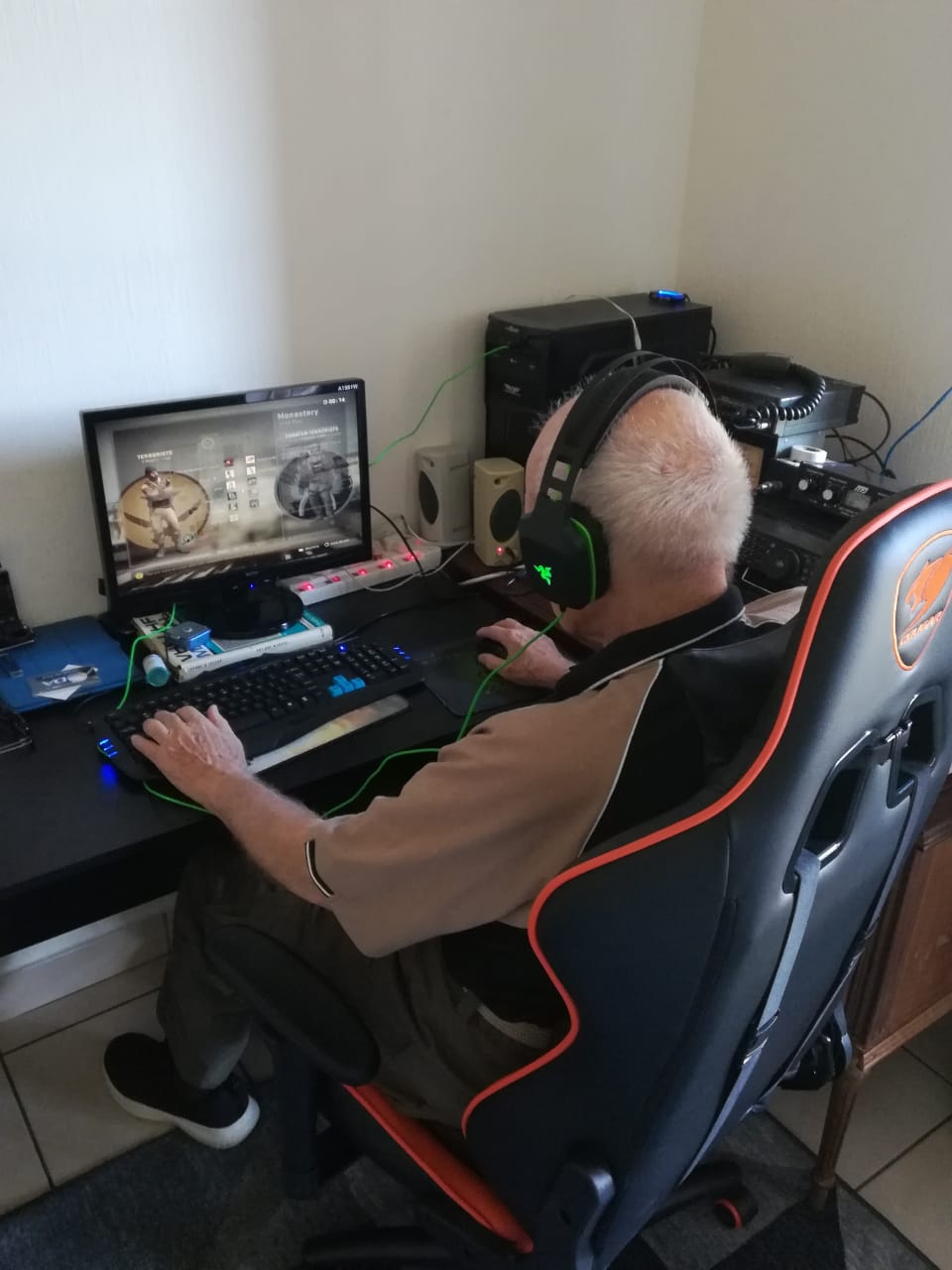 So why am I writing a blog post about this? Because despite what you may think, when brands hand out product it costs money. The local distributors pay for the product, they pay shipping to get it here, they pay the taxes and then they pay to store items. Handing out stuff usually has to come with some sort of return. In the case of The Legend neither Razer or Cougar asked for anything except the delivery address. Pacman and I weren’t held over a barrel or made to promise the world – they just saw a rad gamer in need and wanted to help. People read this blog and this is my way of saying thank you to both Cougar and Razer. 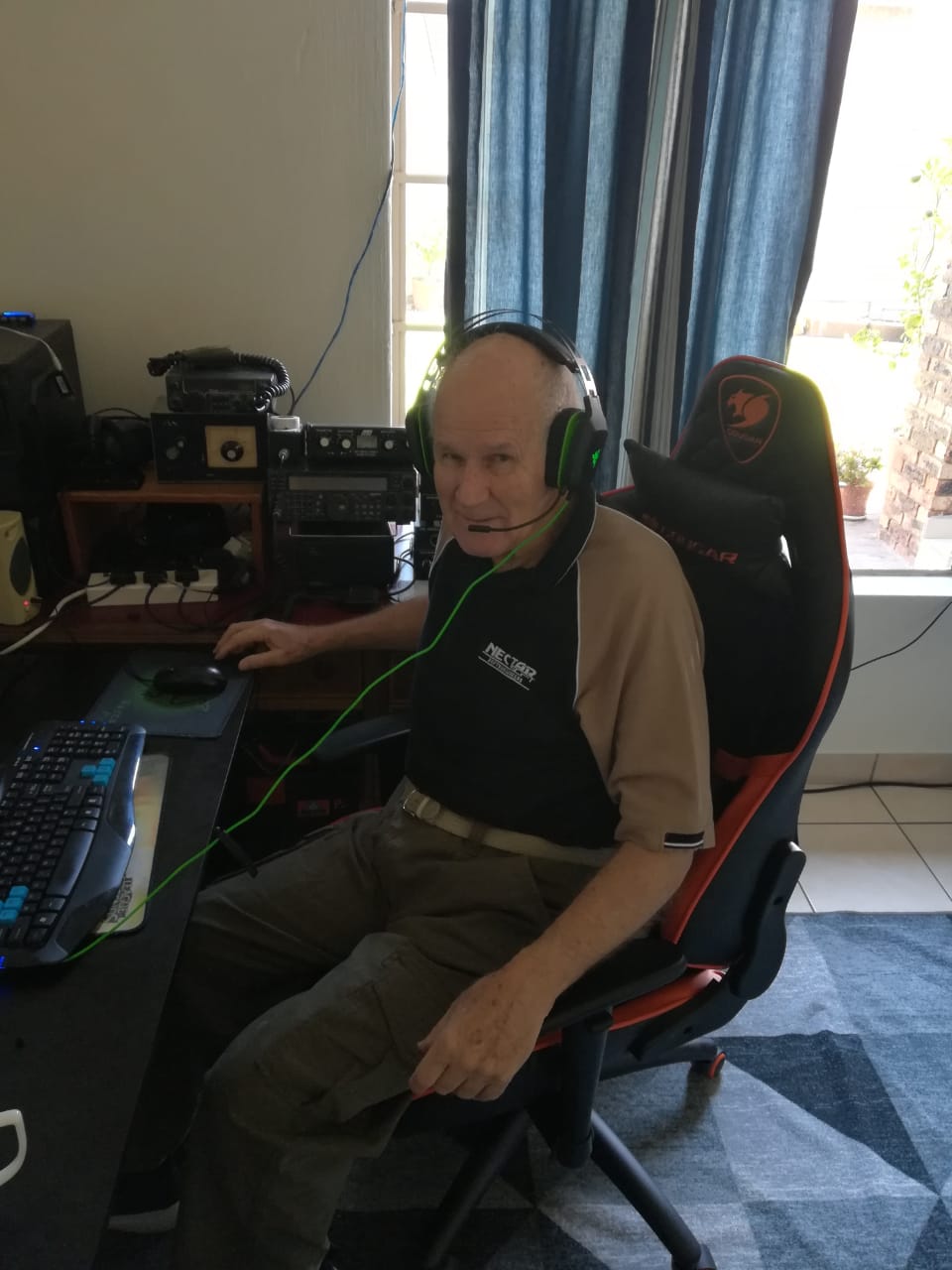 I’m also writing this post for purely selfish reasons. The ZAGA group moves so fast you end up losing posts in the daily schedule. I want to keep this story for myself. I lost my grandfather awhile back and I regret that I didn’t spend more time with him – I was too busy chasing the hustle. Brandon’s love for his granddad and doing what he did here to help him, by sharing his story, reminded me that sometimes it is okay to not be chasing the next big dream. Also, next time I feel despondent or frustrated I’m going to re-read this post to remind myself why our local community is so damn awesome. I’m going to re-read this post to remember how competitive brands, different streamers and a whole group of gamers could come together without any issue. I’m going to re-read this post to remind myself that the best “opportunities” are the ones where you can give others the best opportunity.

To the Legend – I’ll see you game!