My favourite (and only) sibling is getting married soon. Last weekend we had her bachelorette shindig, a wine and chocolate tasting (because we are classy like that), followed by jugs of lumo gin and tonic and dancing (because when you’ve had lots of wine that is what you do). I only recovered on Wednesday and not in an oh I have a hangover kind of way. Nope, it was in an I’m old and can feel I didn’t get my 8 hours for one night kind of way. Seriously, I went to bed at 8pm for two days afterwards and was still tired. Getting old is no joke. As I write this on Thursday I finally feel human again (totally worth it though). Anyways, enough about me and my old age here’s what you may have missed on the interwebs this week.

Forget the to-do list. That is so October 2018. We are now in November and it is time to embrace the ToDon’t list. Instead of writing down things you should do, you write down what you shouldn’t do. And the best part is that if you fail to do them, you can tick them off of your list. Inactivity never felt so rewarding.

Available as a Chrome extension or on iOS.

?This is the only election result that matters

The US had their midterm elections and this result is the only one that matters.

And while we know Yeezy has been supporting (and then not) Trump, Burger King won this argument.

?Idris Elba was voted the sexiest man alive by People

And then tweeps had this to say…

And then another guy said this… 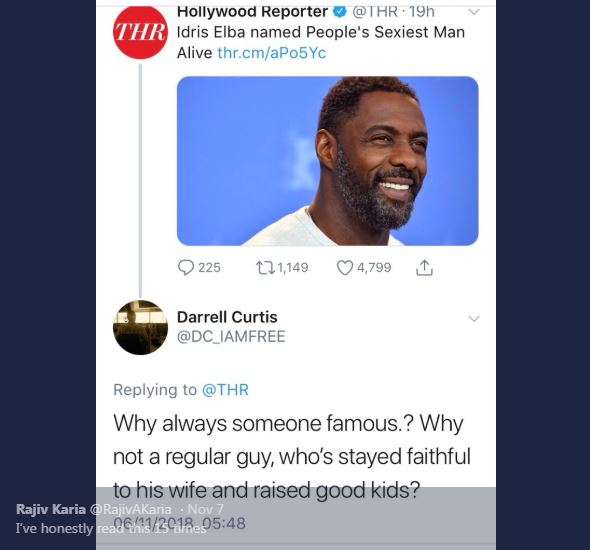 doctor: the heely implants were a success

?Why did the chicken cross the road?

?And finally, here is your positive message for the weekend…

Have the self belief of this llama taking a taxi. pic.twitter.com/aVYHgTdJAg