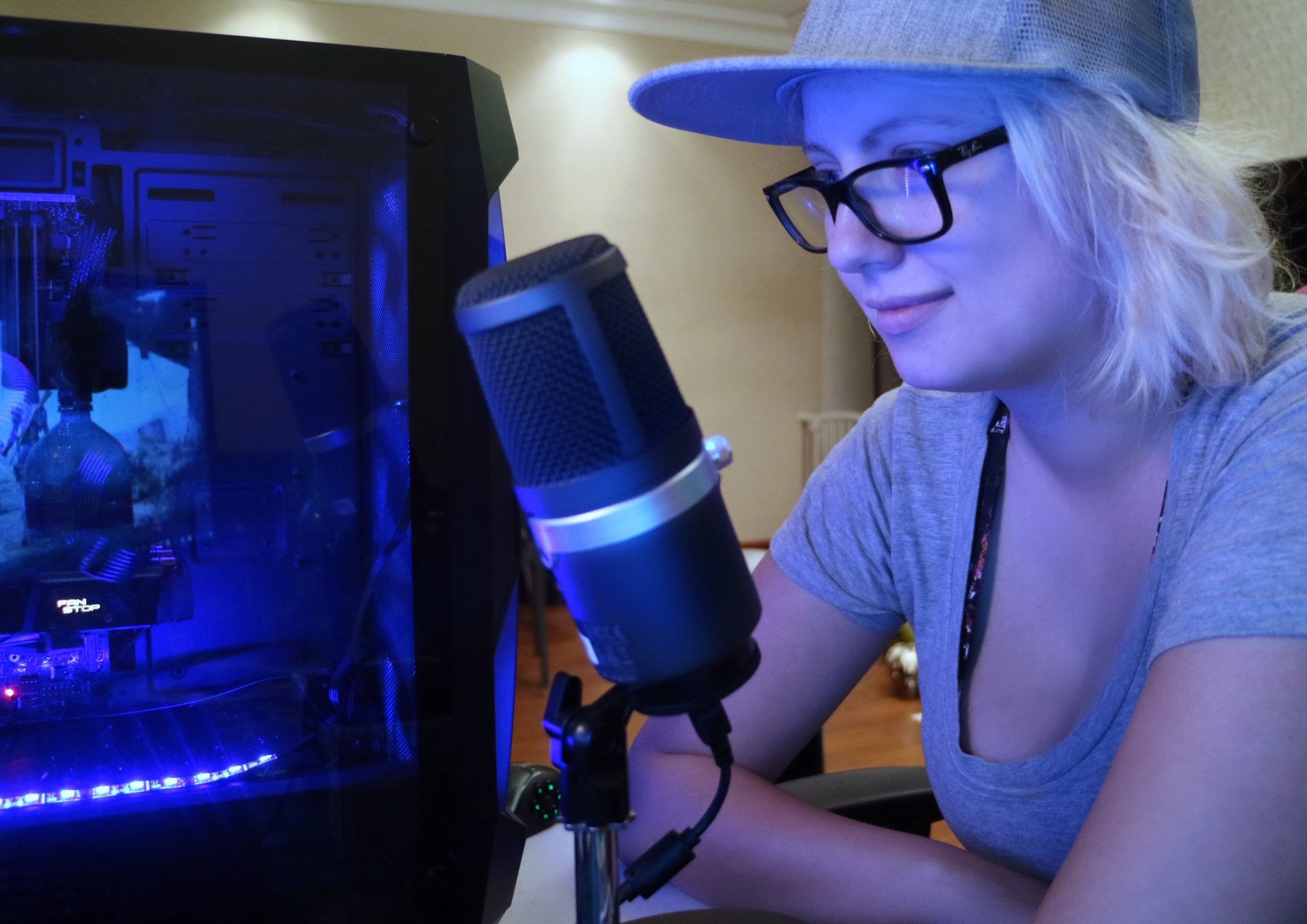 Is it finally time for an upgrade? A review of the AVerMedia Microphone

I am a firm believer that if you have a dream and really want to do something, you just need go out and actually do it. Not a lot of people know this but back when I first started my YouTube channel, I didn’t have any disposable money to throw into it. I made do with what I had at the time and that meant using a machine built from spare parts my friends gave me, a white plastic fold-out picnic table as a desk (with a matching plastic lawn chair) and my microphone was attached to an old headset that had long since stopped working but its extendable mic still picked up, stretched as far as it would reach on the table by my keyboard.

This was by no means an ideal set up and every time I used my keyboard (something that’s pretty much unavoidable as a gamer) the sound used to radiate into my microphone to create some of the worst ambient sounds for a video ever. I don’t regret it at all – at the time my setup was all I could afford and it worked, it helped me change my whole life path and it’s directly related to me ending up here, writing this. As time has moved on I’ve slowly started to upgrade everything, I bought new computer parts, got better lights and a proper gaming chair. I fixed my internet and I’m the proud owner of a sick Turtle Beach headset and Razer peripherals.. but the one thing I’ve never upgraded is my Microphone.

Not because I’ve suddenly fallen in love with mine, but because I didn’t feel up to messing with sound things. 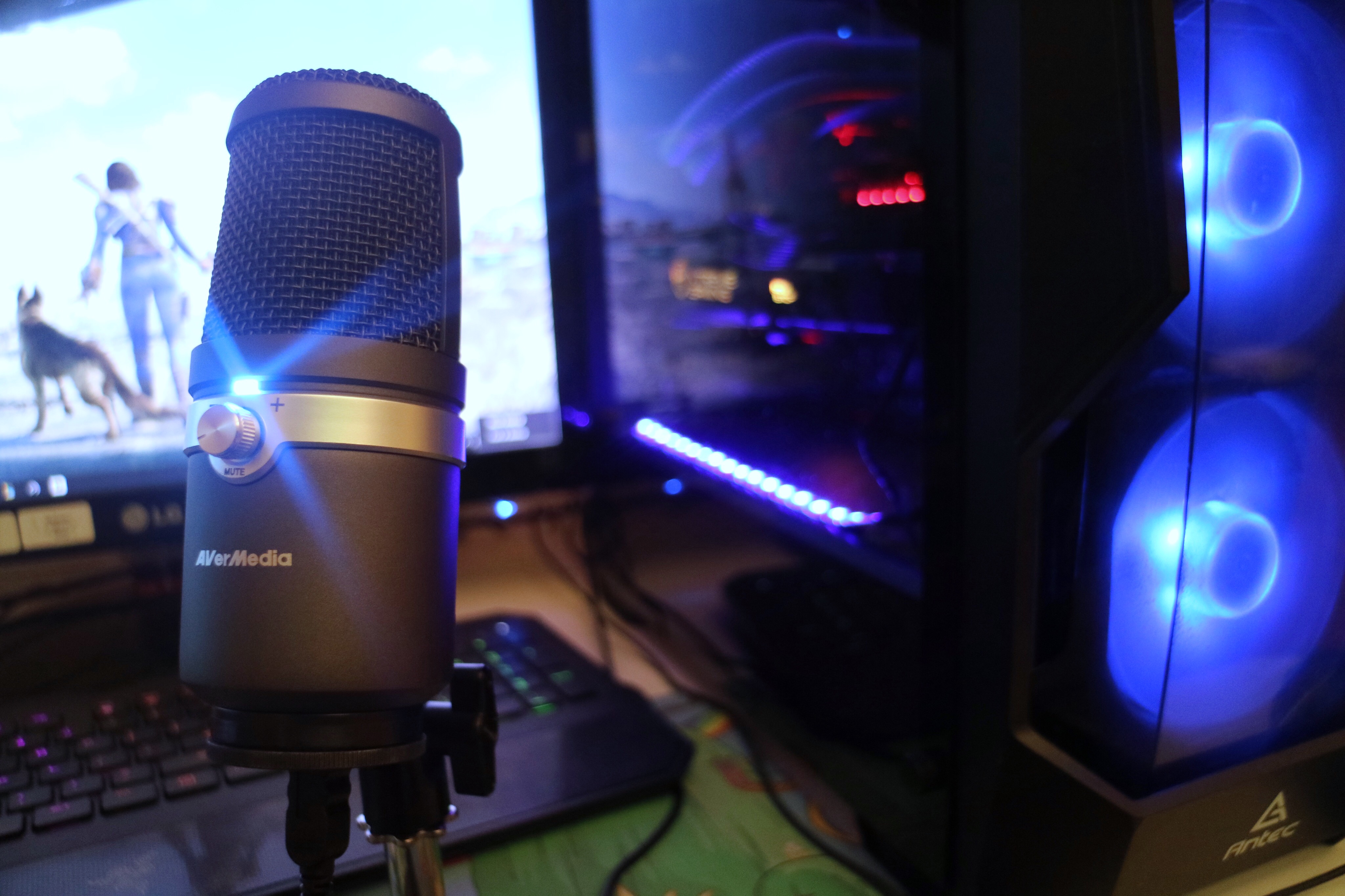 I’ve really struggled to get my sound to be even halfway decent over the last few years and now that it’s gone from awful to “okay”, I’m petrified to mess with it and have to start from scratch again. With that in mind, I was pretty terrified and also really excited when I got the chance to review a mic that markets itself to be specifically for YouTubers and Twitch streamers: the AVerMedia AM310 USB Microphone – and man am I happy that I did.

The AVerMedia AM310 USB Microphone 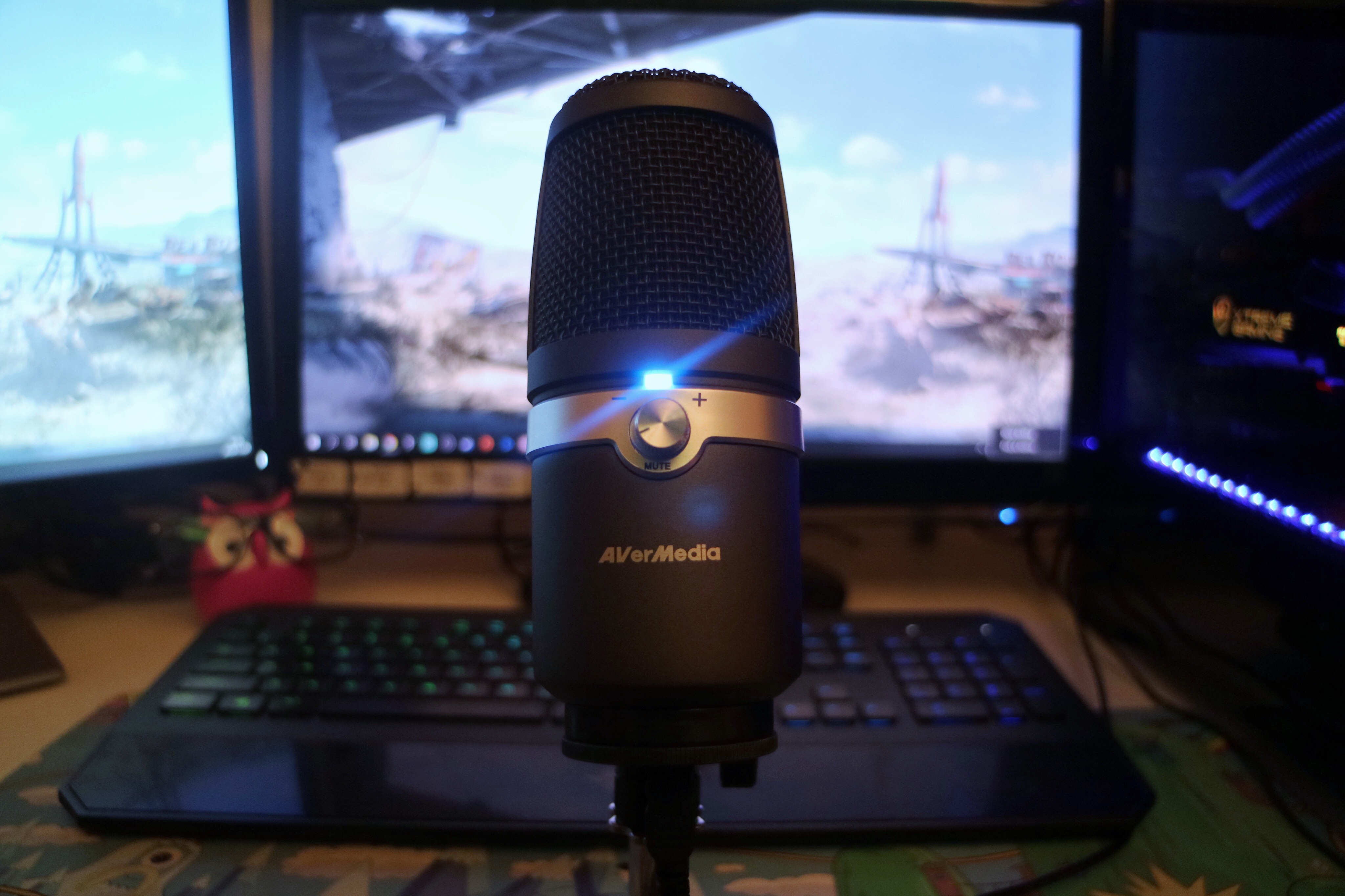 This is a simplistic yet pretty looking mic. On the front you have the option to change your voice volume or mute the mic – which has actually proven to be really handy in sparing everyone’s ears from my coughing as I get over the flu. At the back you have a port that lets you plug your headphones directly into the mic instead of your pc – another feature that you don’t think you’ll ever end up using until you’ve used it once and then you’re hooked. Once you’ve plugged your headset into the mic you then have the option to either hear your PC’s audio (game sounds, music etc) OR you can switch it to ‘Monitor’ which lets you hear your own voice and makes getting the volume between your voice and whatever other audio you might have an absolute breeze.

There aren’t any other controllable features on the microphone or anything that you need to download or set up to get it to work, it really is just a plug and play device – and that’s actually one of my favourite things about it. It doesn’t give you room to mess up and that’s something that really pays off.

AVerMedia definitely had content creators in mind when creating this mic, it’s all over their packaging and marketing but it’s also really apparent in the design of it. The mic comes with a default, weighted table stand -perfect if you want to be able to put it down and live stream without worrying about it wobbling around every time you touch your table. You also have the option to attach it to a mic stand, for anyone who wants to use it to record music or podcasts with its near studio-quality sound.

One of the concerns I had when I first started reviewing the mic was that it’s a directional mic. Weird, I know. 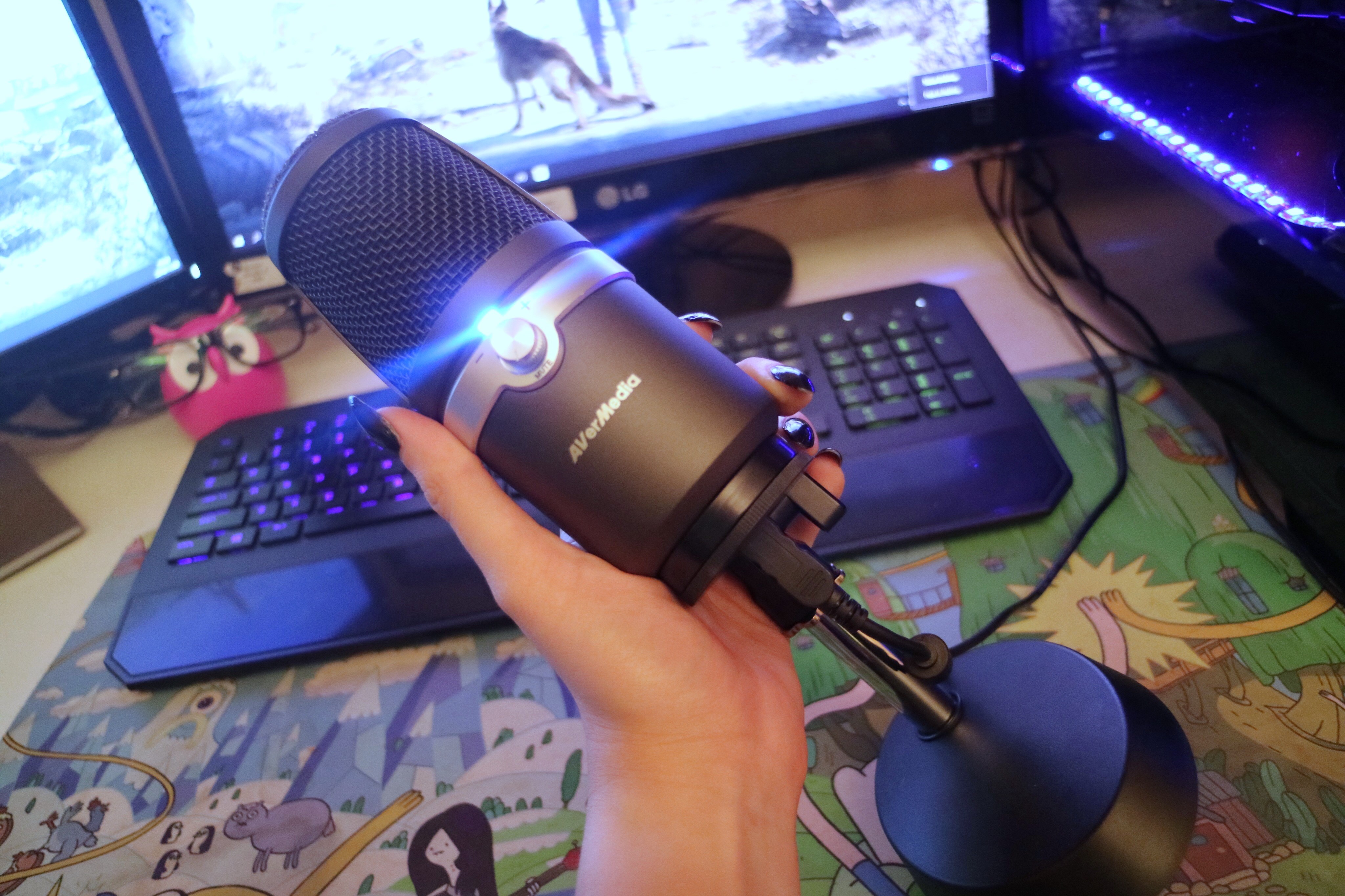 Here’s the thing about me, I can’t sit still to save my life and for some reason, I move my head around when I talk A LOT.

I was worried that I would have a problem with the audio cutting out when I wasn’t talking directly at it and that I would need to sit and tinker with settings to try and fix this. That then opened a whole other room of concerns: what if I turned up the sensitivity to solve the first problem and then I end up with my sound being harsh and tin like or what if my mic now picked up the sound of my fan and my pc?

But all my worrying was for nothing because I ended up never having to adjust any of the settings at all and from whispering to shouting – it’s picked my voice up every time without fail, while also filtering out all the other ambient noises that fill up my life every time I’m ready to stream… nothing like pressing “go live” to make every bird in my yard start squawking and all the neighbourhood dogs to start barking. 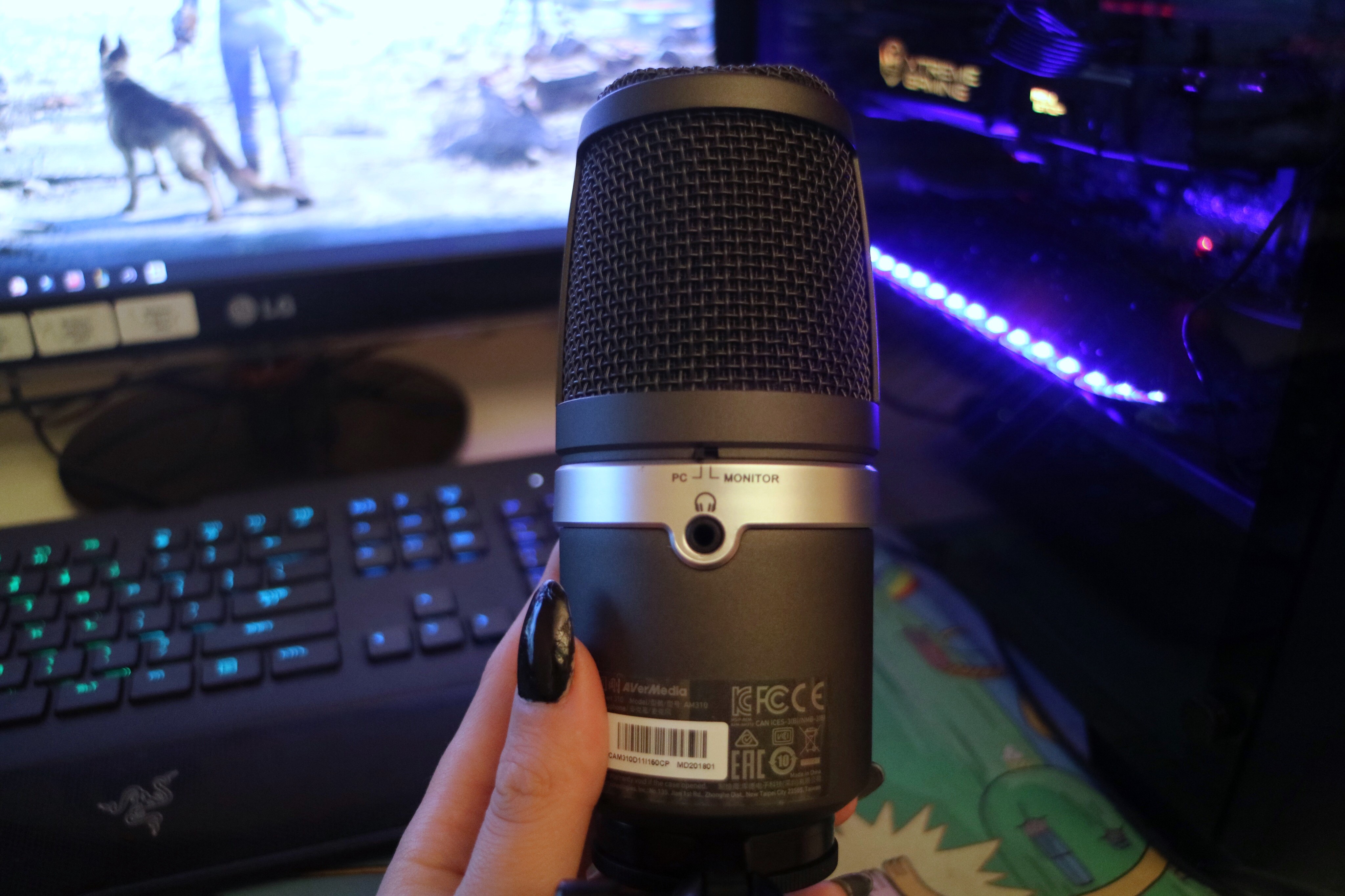 After waiting for as long as I have to upgrade my mic I’m beyond happy that my first dip into the ocean was with AVerMedia. The microphone costs around R2199, is easy to set up and offers a really vibrant full sound. It also manages to make me sound like I speak at a normal person volume instead of screaming across the internet at people.

If you’re currently where I was a couple of years back and you’re thinking of starting up your own channel or podcast then this is the perfect microphone for you, and if you’re where I am right now, looking for an upgrade from you’re current mic but still want something easy to set up and use then I’d say look at the AverMedia mic and lets be sexy voiced twinsies.

Now I want to know from you: what microphone do you use for streaming and content creation?
DISCLOSURE: Arielle was sent an AVerMedia mic to review. 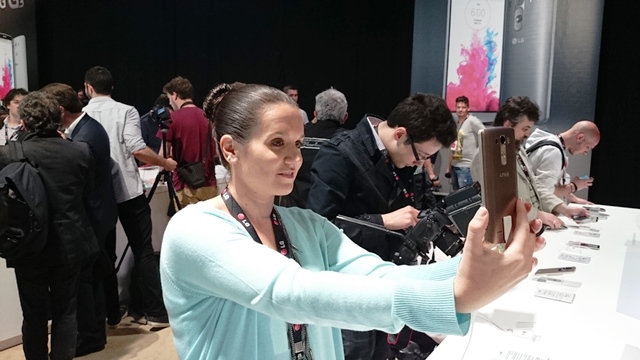