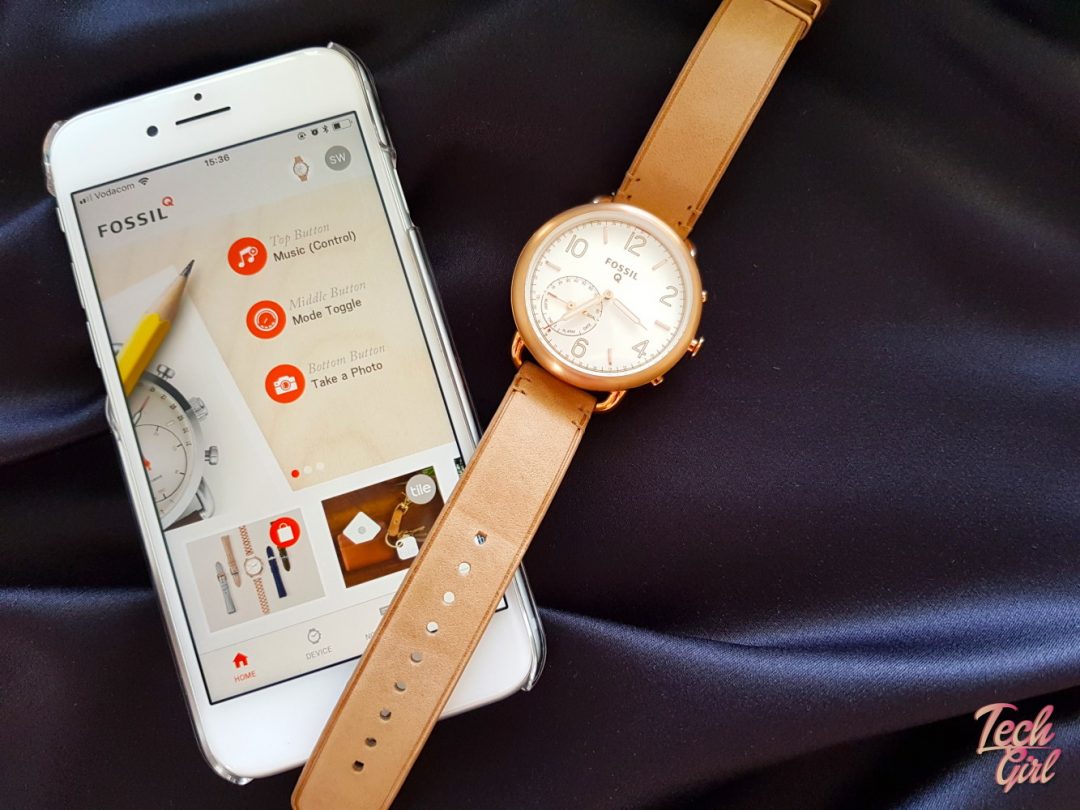 I remember a time when smart watches and wearables were all the rage. And then suddenly they weren’t. But in a short space of time everyone and their mom suddenly had an Apple watch. I tested out the Apple Watch and I loved it. I completely got the hype BUT fast forward a year and a bit and I’m completely annoyed by it. Have you ever sat in a meeting with someone with an Apple Watch? It is a nightmare. The watch vibrates, it lights up and the person is suddenly staring at their wrist. They might has well put their phone on the table because the notifications mean they’re constantly engrossed in their wrist as opposed to the real world people in the room with them.

It has put me off wearables somewhat 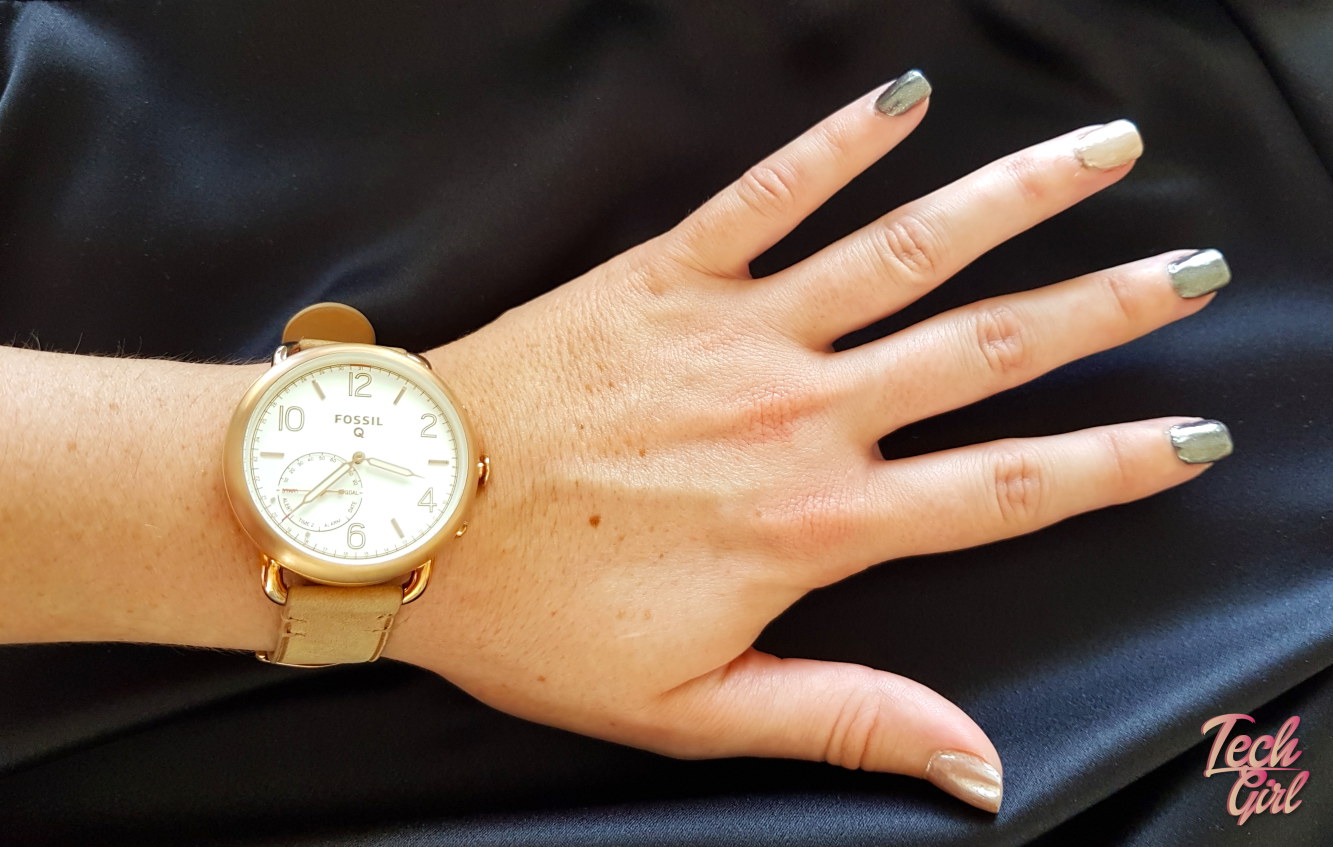 I still love my fitbit. I still love the Apple Watch and would not hesitate to say yes if one was offered to me. But I’d purposefully mute notifications to ensure I didn’t become THAT person. So when the Fossil Tailor Q Watch landed on my desk I had some reservations. They weren’t only about the possibility of me becoming rude in public places but I was also worried. Other than Fitbits and the Apple Watch I’m yet to see a smart watch that I’ve been completely blown away by. The GUESS watch is lovely but it had its faults. I was concerned.

The Fossil Tailor Q is actually all sorts of awesome 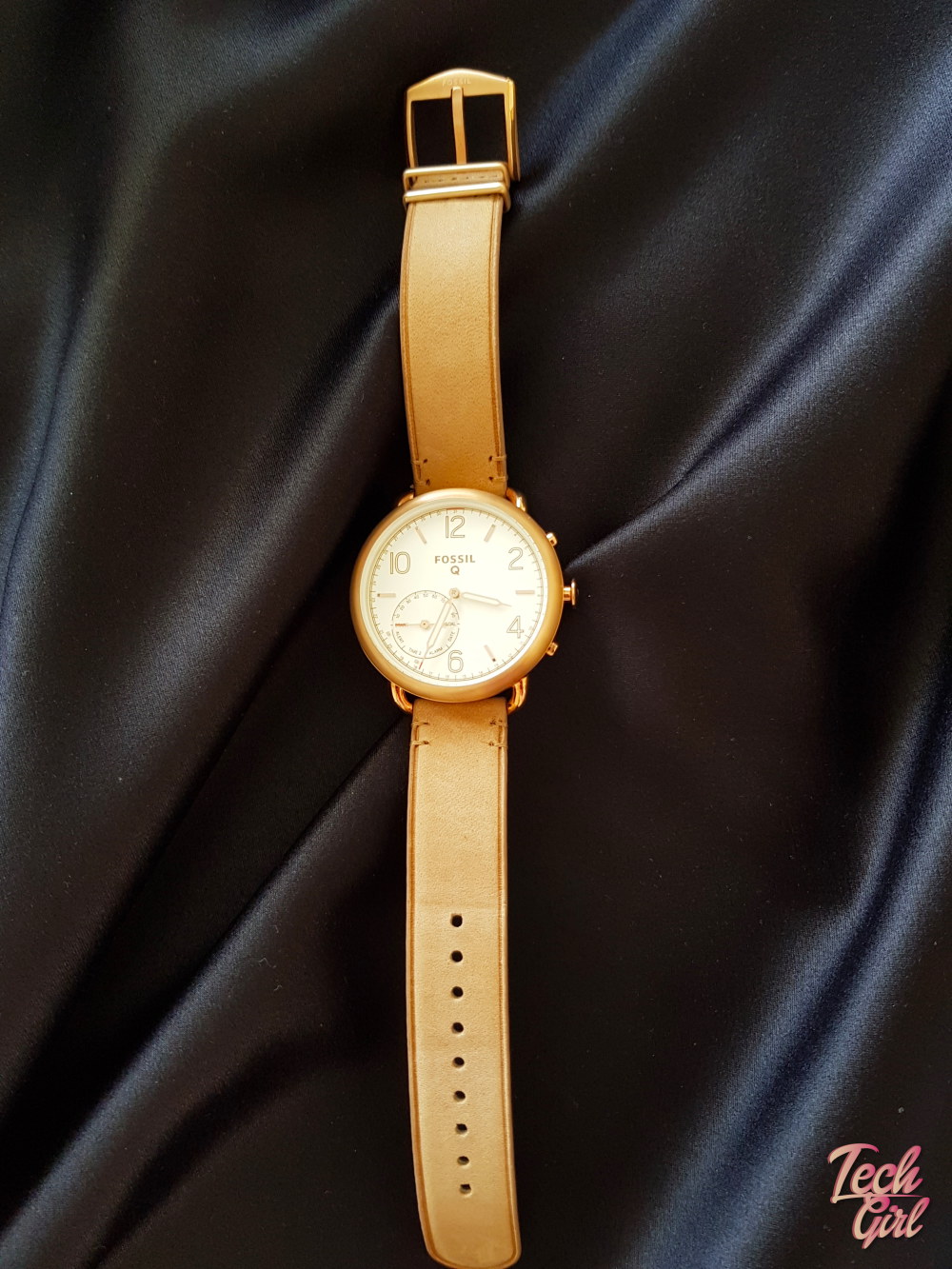 Straight out the box this watch looks like a… you guessed it: Watch. It has a gorgeous gold finish and suede brown strap. It also was the size of a lady’s watch. It wasn’t thick and clunky. I was most surprised by the face which was analog. There was no tiny LED screen or anywhere to read notifications. How does that work?

The Tailor Q seems to have found a way to balance being a watch with being smart in a way many others haven’t gotten right yet. The Apple Watch doesn’t pretend to be anything but an incredibly advanced piece of tech you need, yet the Fossil offering finds the middle ground and seems to speak to those that want the beauty of a traditional watch with a few smart features.

It connects via Bluetooth to the Fossil Q app and then is able to perform a multitude of functions. It works as a step tracker for those wanting to keep track and allows you to set daily goals as well as works in conjunction with a few well known fitness apps. But this isn’t a watch you take to the gym. Its more like a daily companion. It has sleep tracking as well but, again, not a wearable you’d actually sleep in.

I loved how the notifications worked 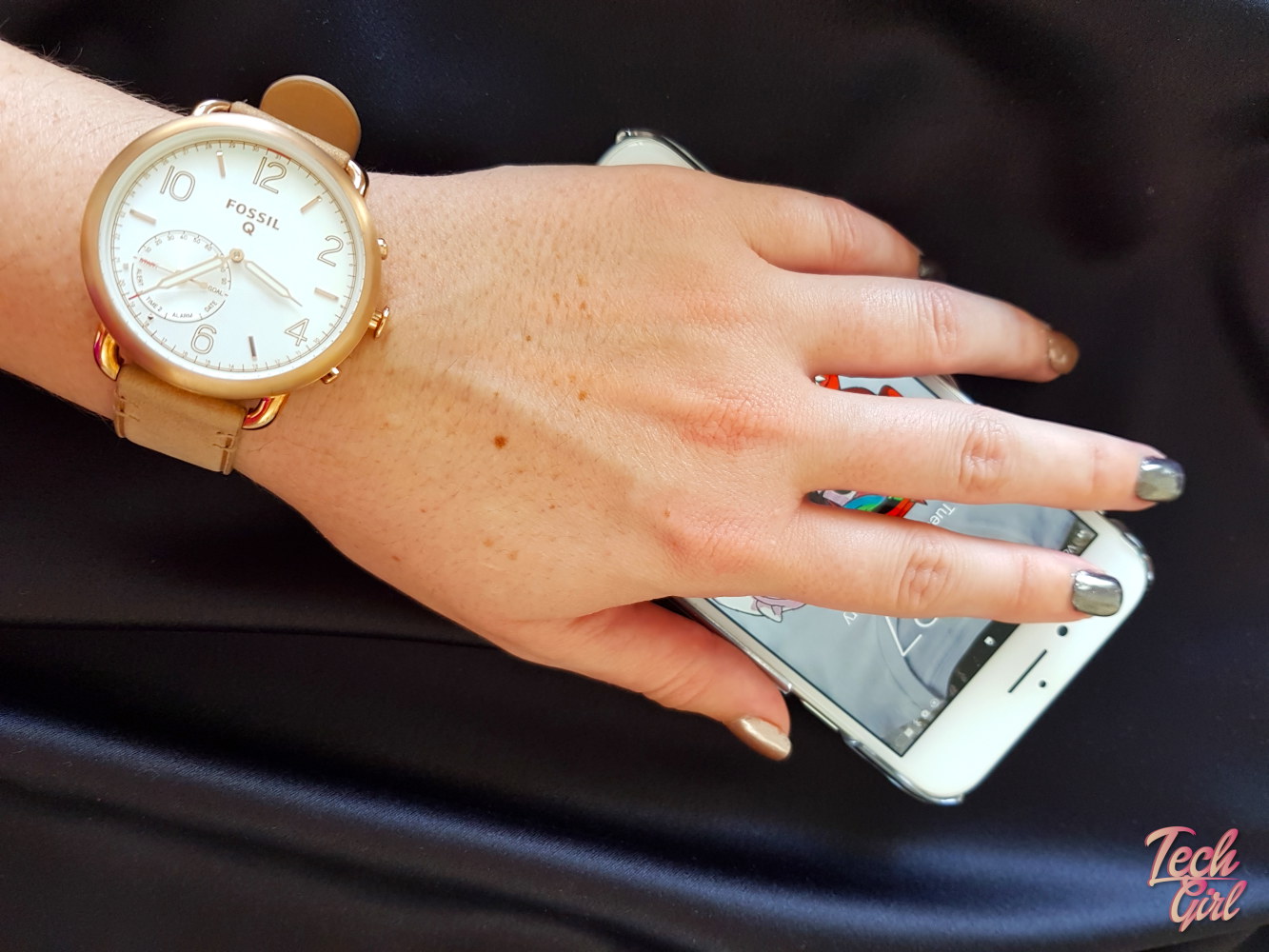 This is the part I actually really dug about the Tailor Q. The smart bit. The fully analog face also works as a notification centre. So it is rather simple. Numbers 1 to 6 can be assigned in the Q app to important contacts (mom, sibling, bestie etc). When one of them phones you the hands of the watch will move to their number while they ring and then return to the time when the call has ended. The watch will also vibrate (this is potentially the biggest flaw as the vibration is very soft). Numbers 7 to 12 on the clock face can be assigned to specific apps and when those apps send a notification the hands then move to the corresponding number for a short time before returning to tell the time. You get the point.

Suddenly I have a really polite way of tracking stuff in meetings. I sent an event for when the meeting needs to end and the hand simply moves to the corresponding number to tell me its time to wrap it up. If an NB call comes through I’m notified. I’m not able to read silly whats apps or tweet notifications but rather can programme the watch to notify me of the stuff I need to know when I need to know it. 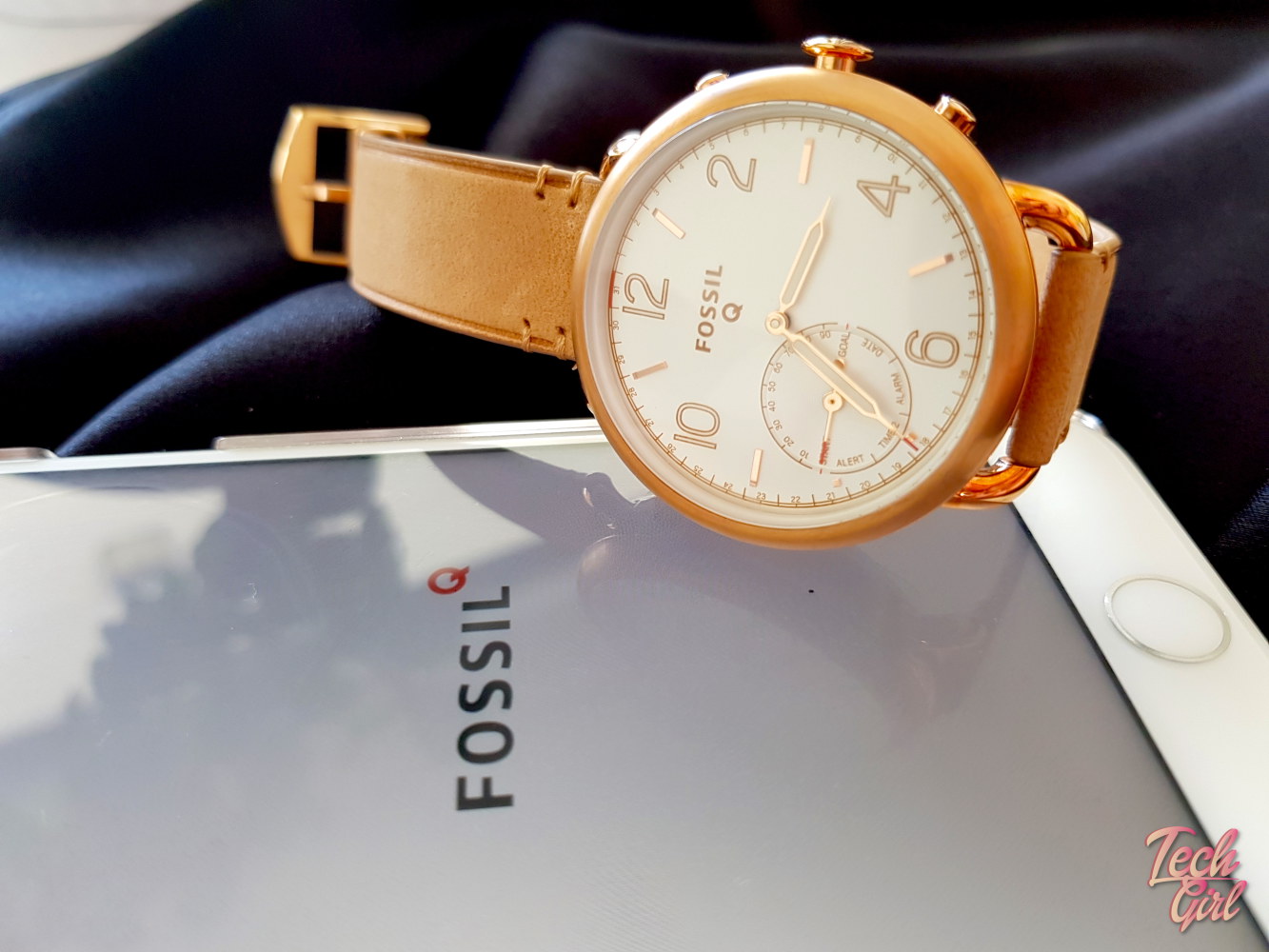 You’re also able to use the side buttons to control music on your phone, potentially work as a remote shutter for your camera (great for selfies) and set alarms. You could also set a button to work as a ping for your phone – you hit the button and your phone rings. Works well for me as I’m notorious for misplacing my phone.

The smart bits are simple and understated but when you pair that with a classic and sexy Fossil watch design you have a winner. I’m really rather impressed by this beauty and more so by the fact that the battery lasts for about 6 months. Because remembering to charge devices is still my downfall. It isn’t a cheap watch though – expect to pay around R2999 if you buy it at the likes of Superbalist.

Is it going to replace your Apple Watch? No.

But it does make a nice alternative if you want to style up and improve your focus in meetings or on dates!

Disclosure: I was sent a Fossil Tailor Q to review. 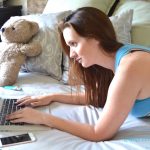 Why fake followers and vanity metrics are dumb 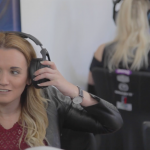