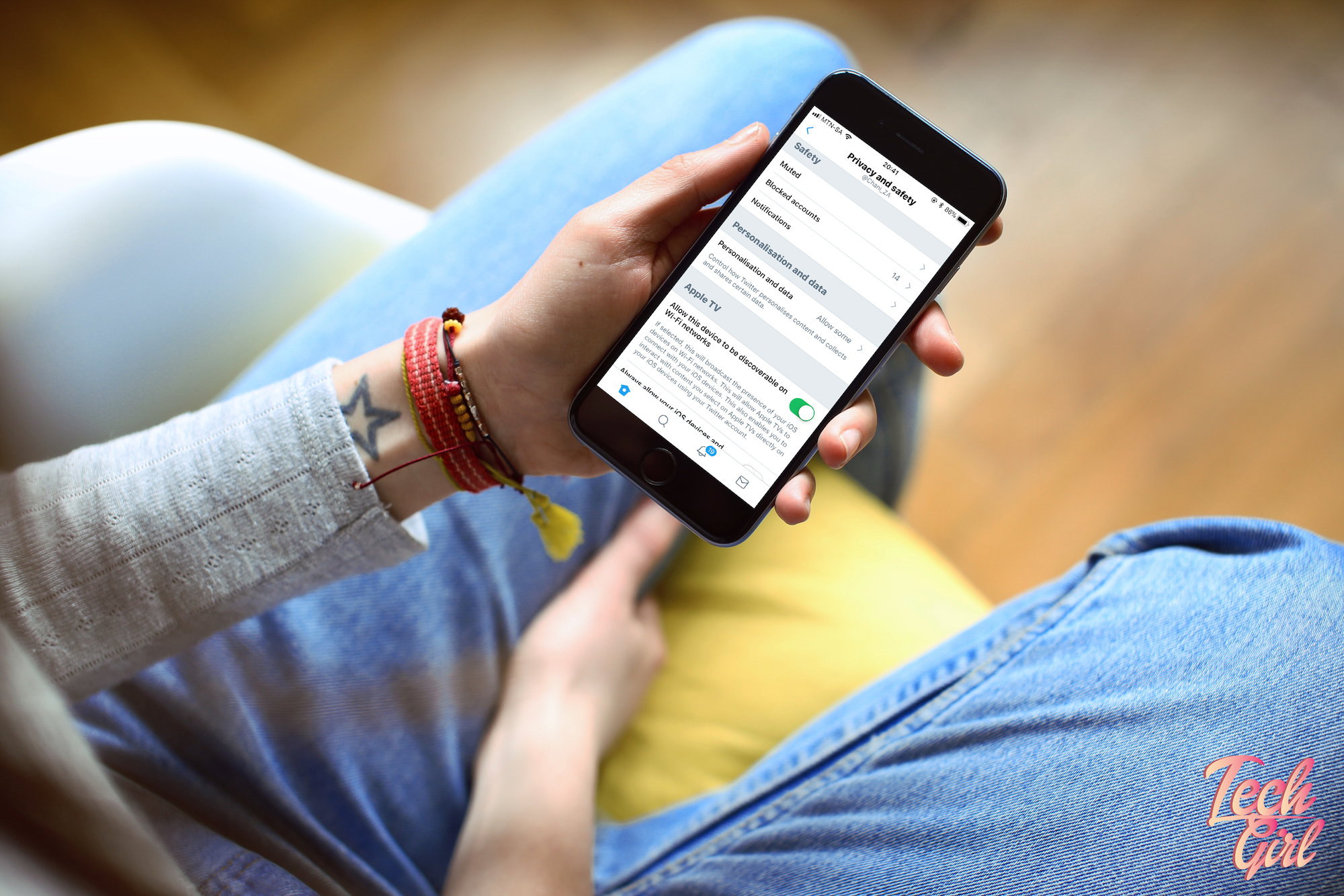 Some Twitter Functions Designed To Make Your Feed Less Annoying

If you’re a Twitter user, you’re likely going to know about most of these functions. However, you’d be surprised how many users don’t. Recently I’ve been seeing a lot of posts expressing that it’s okay to have people muted or unfollowed if their content triggers or upsets you. That it’s alright to curate your content to avoid it upsetting you, and I agree.

Below are several functions on Twitter that are there to enhance your experience on the platform. Whether it’s an account known for tweeting out spoilers of your favourite series, someone with opinions that get under your skin or spam tweets that don’t really interest you, all these functions are there to help this situation.

Sometimes it’s best to just unfollow the account. Especially if you don’t know the person or they don’t interact with you frequently. But what happens when it’s someone you know personally? Or someone in the same industry that you know you need to interact with on a frequent basis? Unfollowing them will surely cause some form of drama, or at least an awkward “why did you unfollow me?” conversation. 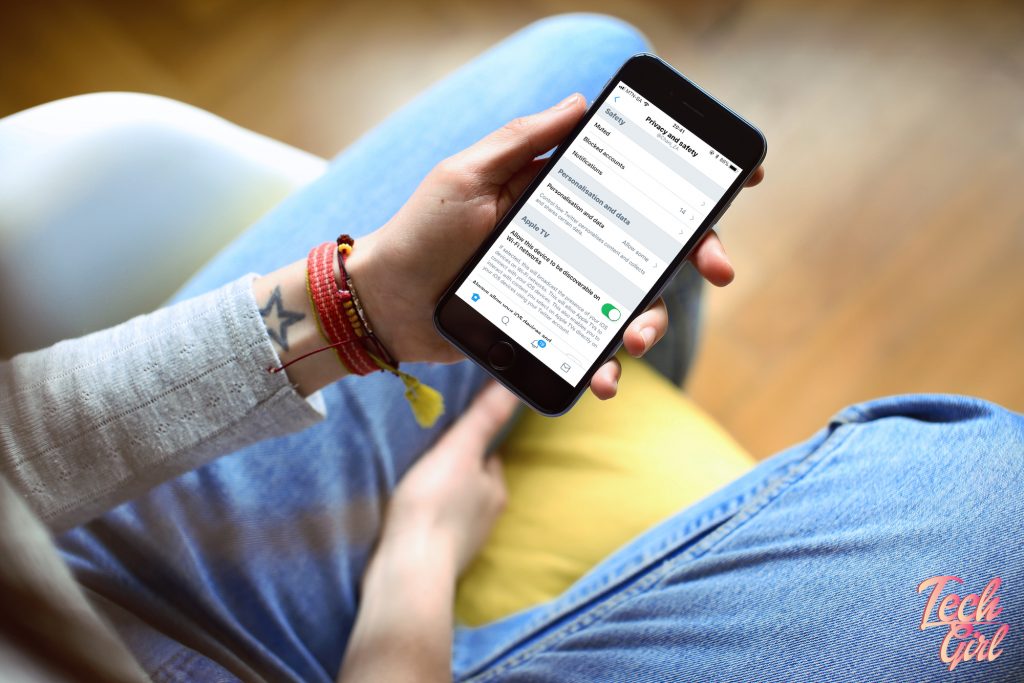 That’s where the mute function comes in handy. It’s the unfollow, without the drama. Recently I’ve had many of the accounts I’m following turn into crypto-currency mining experts, and I honestly could not give two hoots about it. Rather than unfollowing them I’ve muted them until they get over the craze. 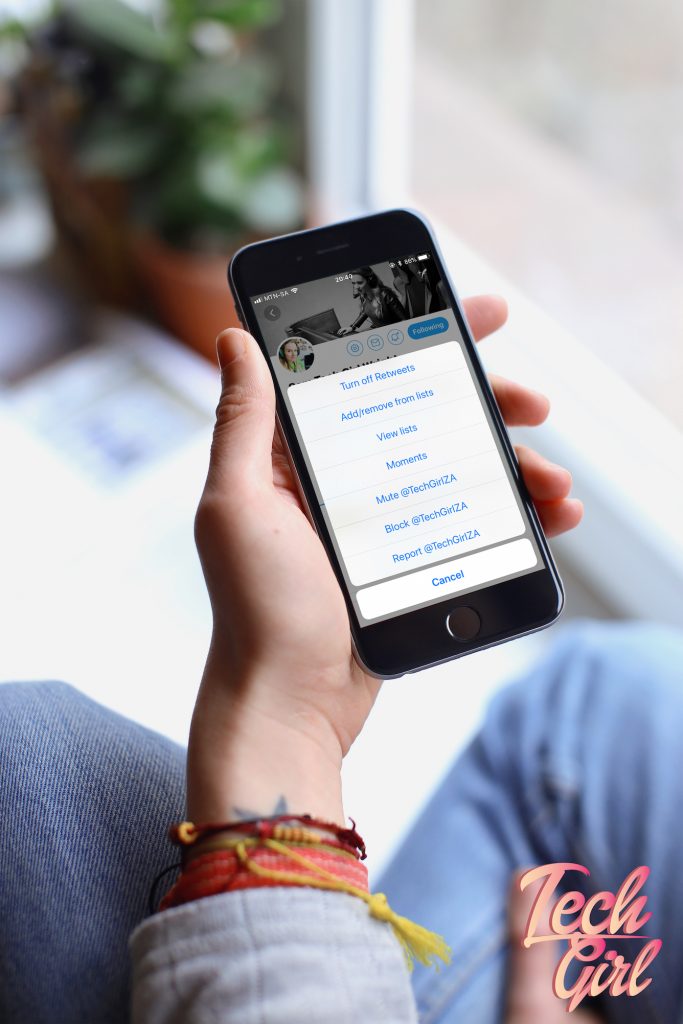 It also comes in handy when you follow someone who just cannot keep what happens in the latest episode of Game of Thrones to themselves. I’ve saved myself from countless spoilers just by muting those guilty accounts. (PS. Please don’t mute Tech Girl ? I just used her account for the example shown)

Sometimes muting a few accounts to avoid spoilers isn’t enough. You’ll still need to worry about retweets, or trending hashtags. This is where the ability to mute specific words or phrases comes to the rescue. Something as simple as muting a few hashtags, to any tweets using series specific phrases, the muting function is really powerful on Twitter. 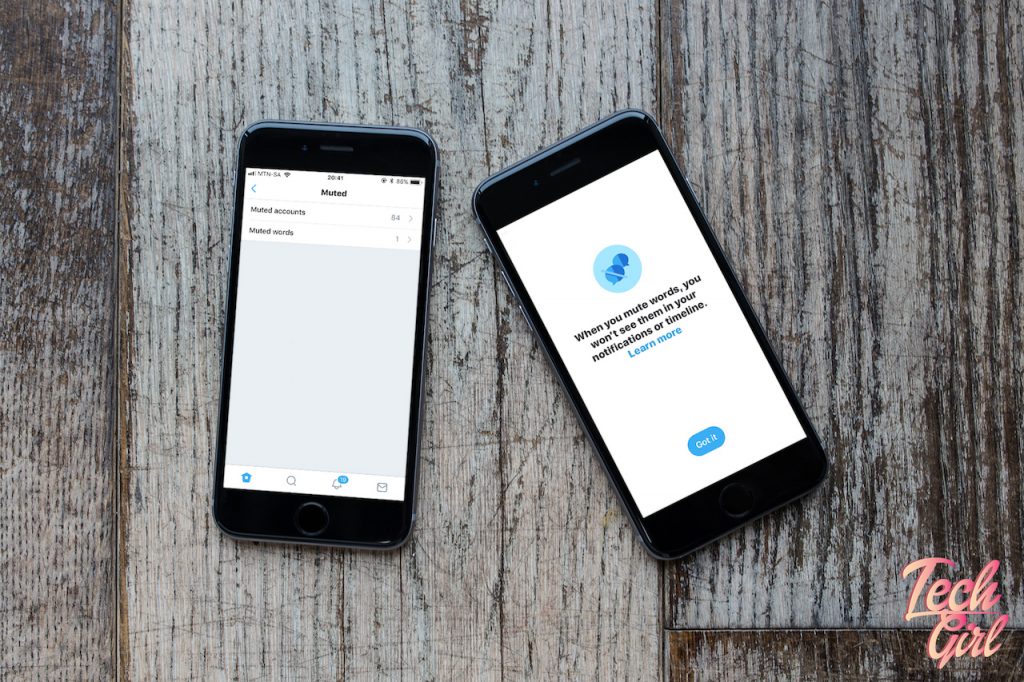 If you use Twitter as much as I do, you’d know the struggle of being caught in a Twitter conversation where several accounts are responding to everyone in the thread whenever they post a response. Some people don’t mind this, but if you’re like me, you get super annoyed by the 20+ notifications to a thread you have no interest in participating in. 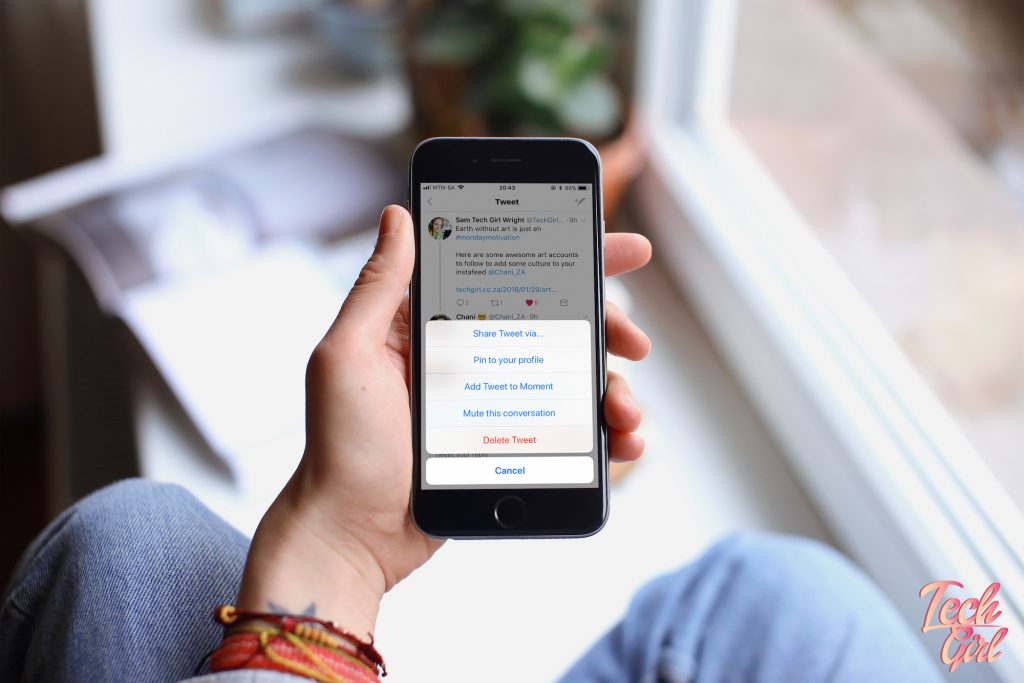 Twitter has this neat function that allows you to mute the conversation so you don’t have to deal with the constant notifications. Your account will still be tagged, you just won’t see any of it unless you go to the accounts themselves.

To mute a conversation:
Mobile* & Desktop: Tap the drop-down arrow on any tweet in the conversation thread you wish to mute

Removing Accounts from a Conversation or Reply

This is probably one of the functions I wish more people knew about. You can choose which accounts you wish to reply to in your tweets. I’ve often tweeted accounts asking them to remove me from the thread. To which I get a “ask the owner of the thread, there’s nothing we can do about it” response. Wrong. 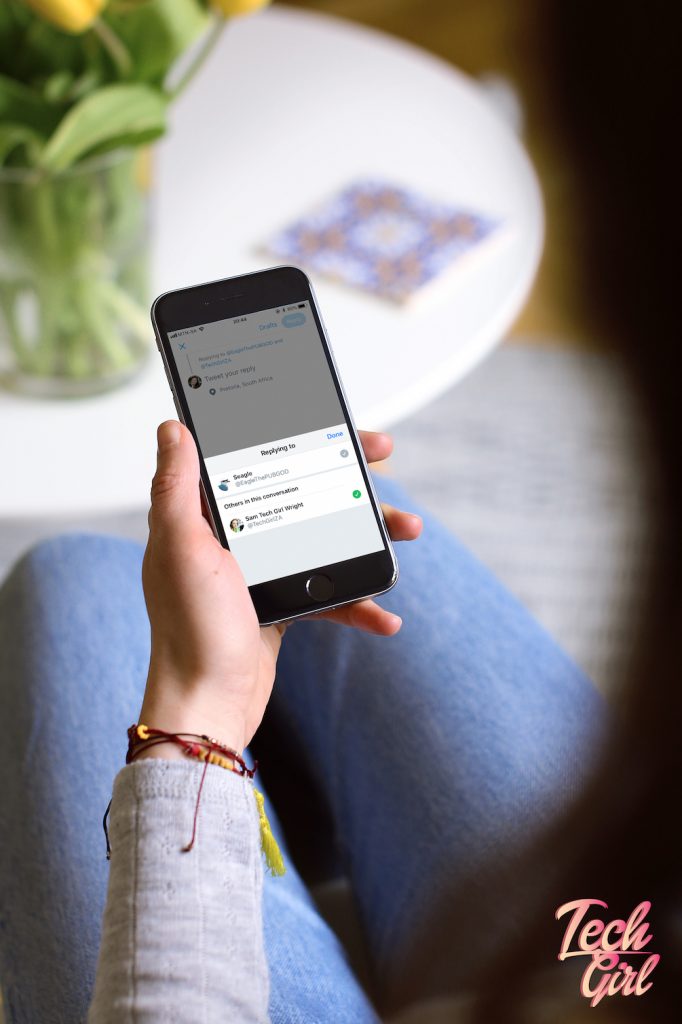 You can choose which accounts you reply to. This comes in handy when you want to splinter off into your own conversation with one person in the thread, but don’t want to involve the other 5 accounts.

I hope these tips help make your feed less triggering, and your Twitter experience a more pleasant one. Unless I’m the only one with these issues? Then this is awkward…

*Mobile walkthrough based on iPhone. 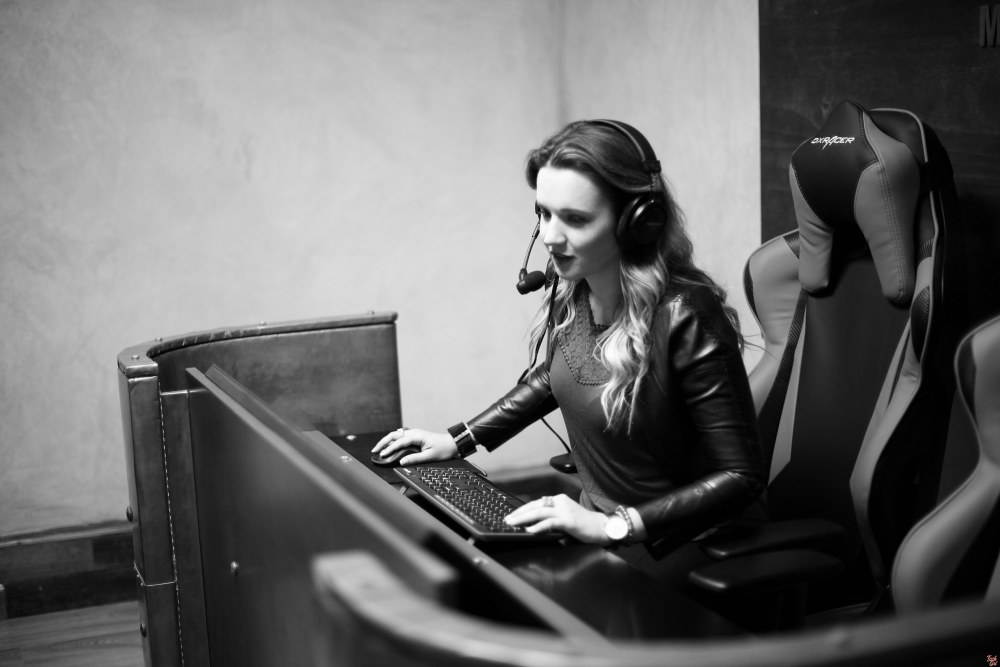