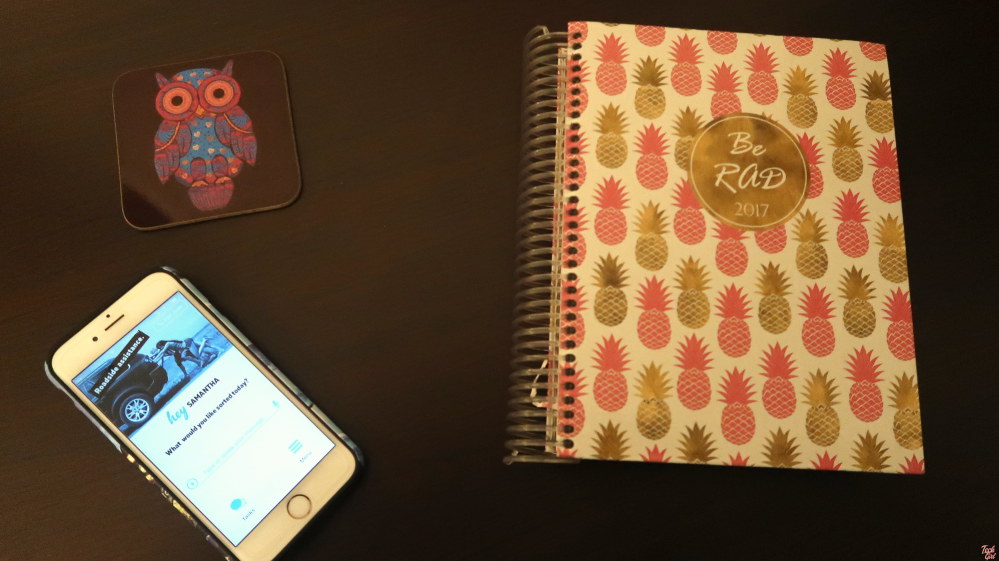 I’m a sucker for internet hype. Always have been. When I see a bunch of people I follow on social media bleeting about how rad something is I tend to pay attention. I’m the perfect text book millennial they talk about in marketing meetings. Word of mouth matters to me. So I noticed the Hey Jude! Hype. Everyone was talking about this app that I should know about. I didn’t know about it. So I investigated. 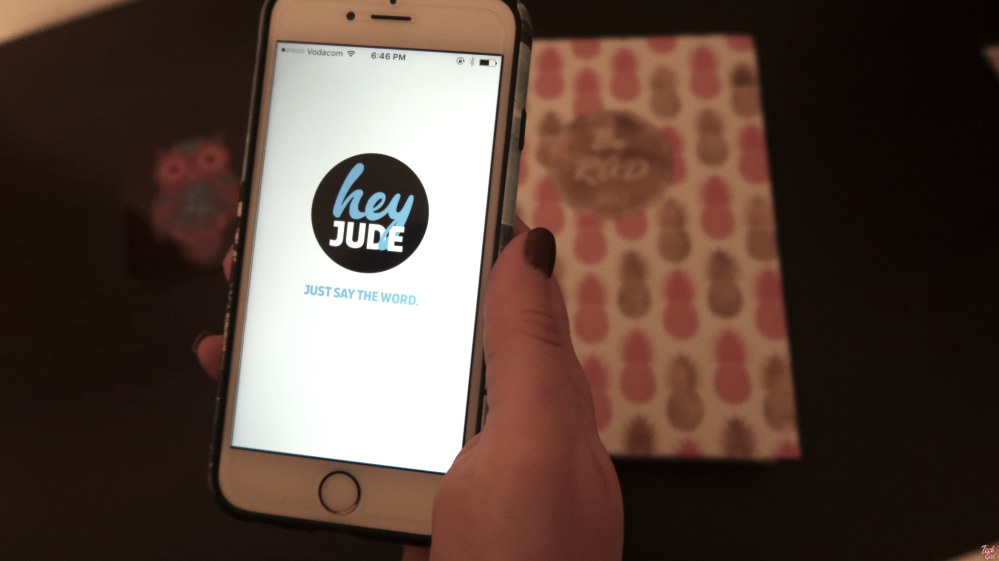 I was skeptical. The moment I found out that Hey Jude! was basically a personal assistant app I had some doubts. How would an app do what I needed done? Could it? Ironically, about a week later I received an email from the developer team behind Hey Jude! offering me a free month’s trial to test the app out. I agreed and got started.

What is Hey Jude!? 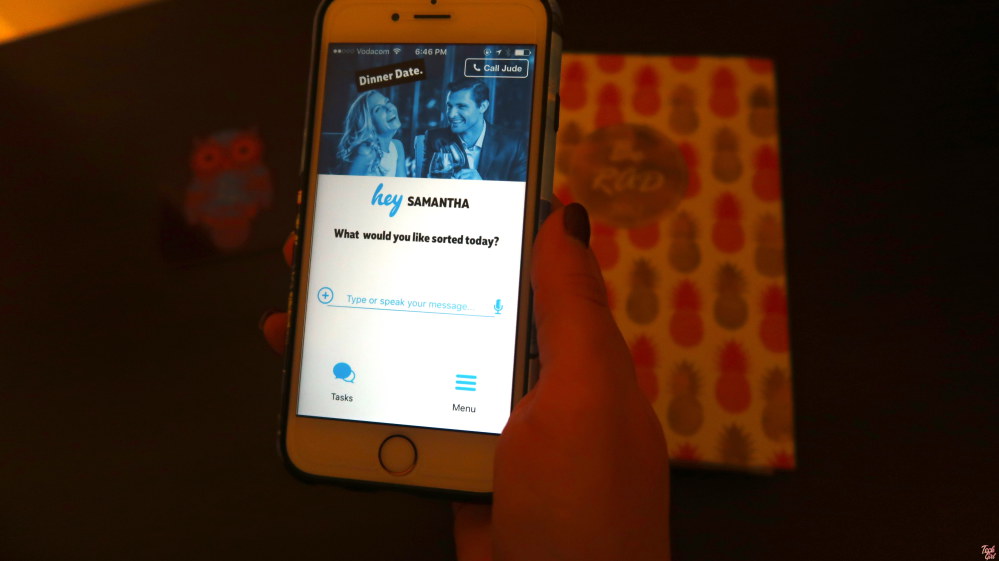 To get you up to speed, Hey Jude! is a personal assistant type app focused on South Africa and aimed at making life just a little easier. The app is free to download but costs R199 a month. The subscription covers a host of stuff I’ll get in to. Then all you do is open the app, type in what you need and someone on the other side makes it happen.

Every so often there may be another cost involved. I’ll get in to that further down. Hey Jude! can handle that as well with a small transaction fee on top or will give you the details you need to pay for the particular service. You can ask the app anything and they’ll get it done. 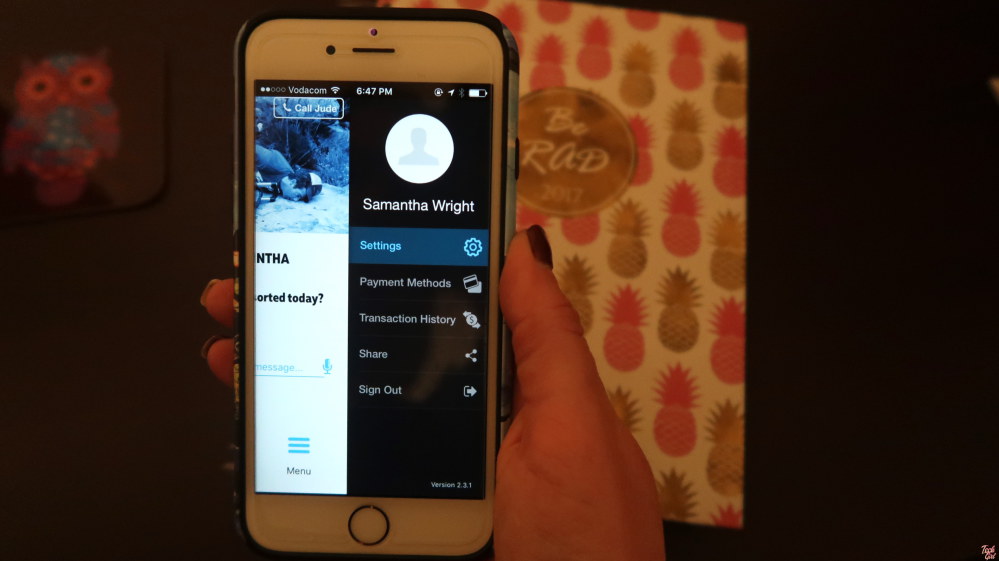 I started with a task sitting on my to do list that was driving me mad: I needed to renew my vehicle license but did not have the time to get to the traffic department and one failed trip to a post office who couldn’t help had annoyed me enough not to try again. It was now 3 months overdue and I was frustrated. As I downloaded the app I requested if they could assist. Within two hours I had a response that they could. Hey Jude! had found a company that does your entire licensing for you and then delivers it to your door. All you need to do is email a few documents through. I emailed these to Hey Jude! and was also told the costing. I chose to do this direct with the company concerned and simply emailed proof of payment with my docs. Two days later my vehicle license arrived at my door. I was impressed.

I then decided it was time to “test” the service and asked them to prank call my boyfriend. The app let me know that if it was in good spirits and didn’t hurt anyone they were happy to oblige. So all I sent them was his name, his phone number and that he was a voice over artist. I suggested they make it some sort of Esports related jab as he isn’t really a fan of competitive gaming (I know right?! What is wrong with him!). With the little information I supplied they googled him, got a stack of information and prank called him. The joke was absolutely brilliant and they even got him to do a full audition for a job on the phone! In fact, they did such a good job the boyfriend signed up and paid the subscription for the app – so there you go! 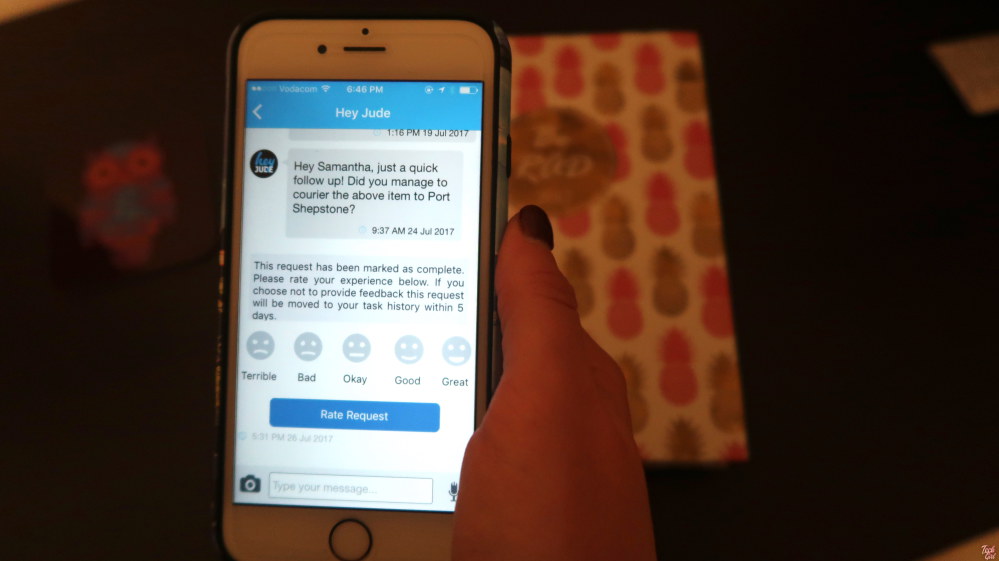 Since then I’ve started paying for services through Hey Jude! to make it easier. They put a small charge on top but it is really worth it. I asked them to deliver Quality Street to a business contact and it cost me little under R100. It would have cost me R300 had I of done that through a delivery service. I’ve sourced a pine table for my Dulux project, found couriers and had small tasks carried out simply by filling in the messaging section. It takes a huge amount of “silly” admin off my plate and I’ve renewed my second month subscription and now pay for the app. 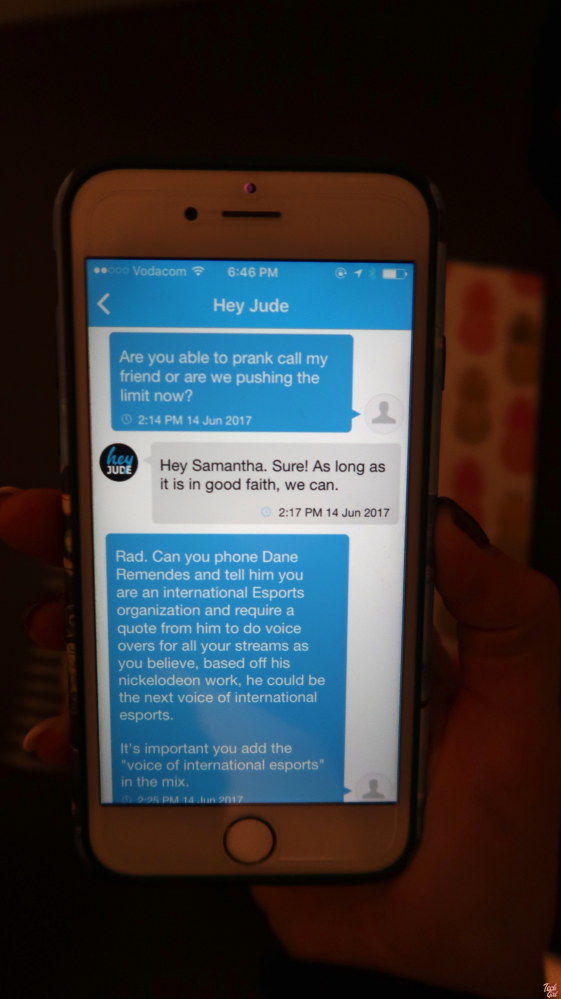 After showing my friend the app he was so impressed he also downloaded it and paid the subscription. The truth is, for R199 a month it is so worth the spend because it really does get stuff done. Those small tasks like renewing your vehicle license are a mission otherwise. I am so impressed with Hey Jude!

They told me when they sent me the original email it would change my life and it did. If you’re busy and need the boring admin stuff handled – trust me when I tell you that you need to get this app.

Disclosure: I was given one month free on Hey Jude! I’m moving into my third month (I’ve started paying). It is that good. 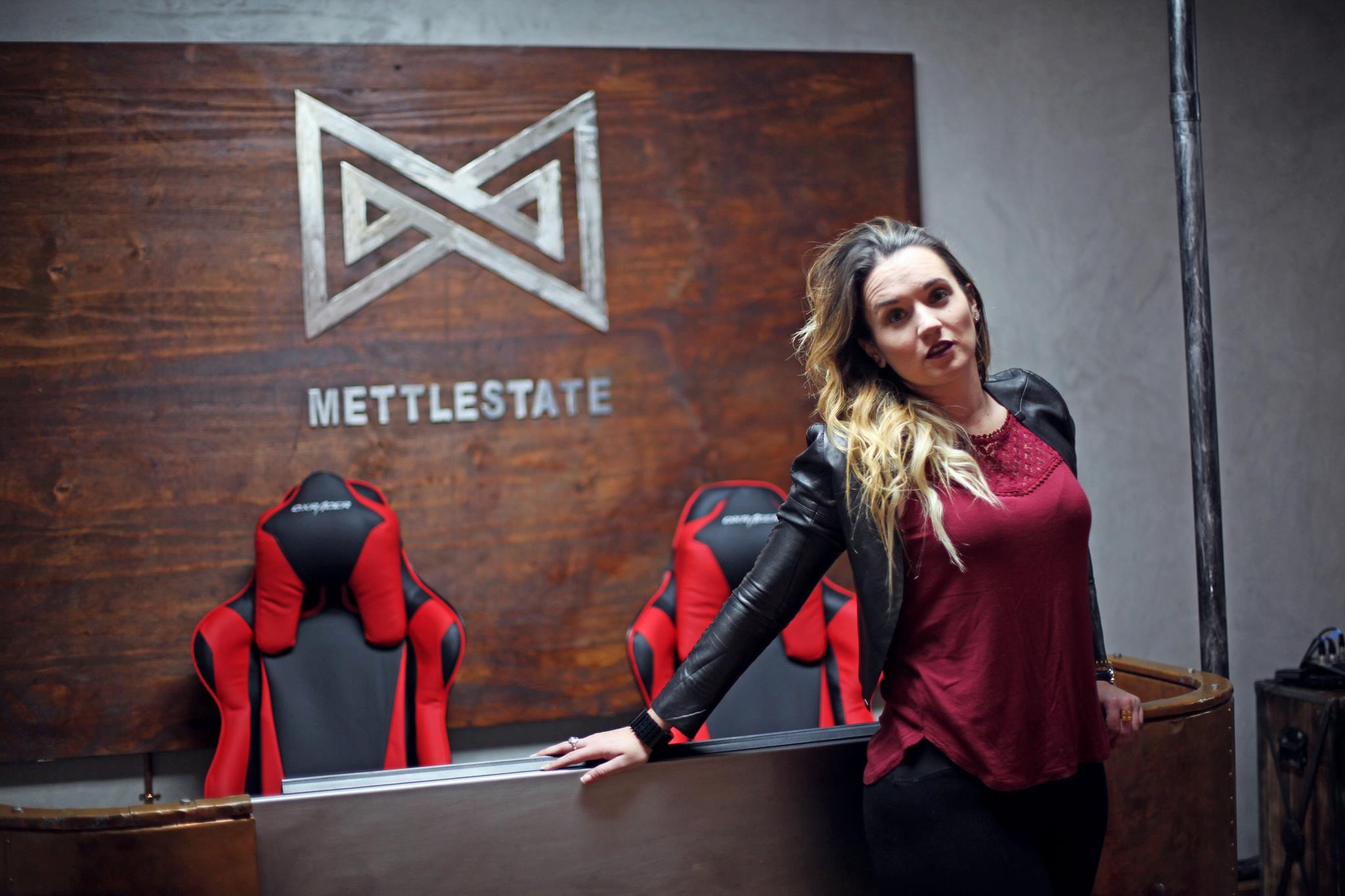 Book your tickets for the Valkyrie Challenge