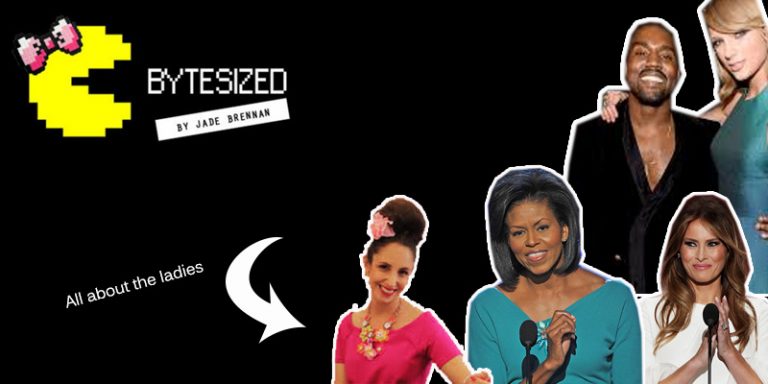 The twittersphere lost its mind this week. Melania Trump (Republican) plagiarized a speech that Michelle Obama (Democrat) gave in 2008 and the internet responded in the best way possible. Michelle Obama gets even cooler in Carpool Karaoke. Taylor and Kanye went to twar, all their celeb friends jumped in and who better to explain it to us than our very own Suzelle DIY. What a mouthful – this week in Bytesized.

The speech writer admitted to using part of Michelle Obama’s speech, which everyone knows but I wonder how they thought the internet wouldn’t notice. And if you were going to pilfer some words, surely the last person you would plagiarize from is the current First Lady, who happens to be a democrat. Bold. Is bold the right word?

“I have a dream” #FamousMelaniaTrumpQuotes

Taylor and Kanye go to twar and it ain’t pretty. Suzelle DIY explains

me: what am i supposed to do on Sunday nights without Game of Thrones

The brainchild of two mag editors, Clover Letter is a daily news email aimed at teenage girls. The email covers everything from politics to fashion. You can now get your Clover Letter fix via an app, currently only available on iOS.  To read more about the app and tips on marketing to millenials, click here.