For a few months I’ve had a yearning to get my hands on a Macbook Pro. Everyone I spoke to didn’t seem to think the jump from a Microsoft laptop to a Macbook Pro would be a good one. They would tell me I was mad, silly and my bank account would hate me. There was also considerable discussion about how Apple “sucked”. Yet, the pull to the Macbook Pro was still strong. My laptop lives with me. I’m on the road all day, carrying my device to and from meetings, into the office, home and then off to where ever else I may be (I’ve been known to whip it out at baby showers for work emergencies! Sorry Zoe).

I’ve tried moving around with 2 in 1 devices but screens 13″ or smaller are difficult for blog work and video editing. I desperately need the bigger screen. In the past I’d utilise a desktop PC at work, a 15″ laptop at home and when on the road I had a little 2 in 1 Asus from Microsoft. I lived off the cloud and a host of USB sticks. When my year was up with the Microsoft device I ended up lugging around my Acer Laptop (and it is a big bugger). Three months ago I started a new job and jumped to a 15″ Dell. I want to highlight here that all these devices were great to use but they were big. They were clunky. Their charging cables took up space and having one permanently attached to my shoulder was becoming a drag… literally. 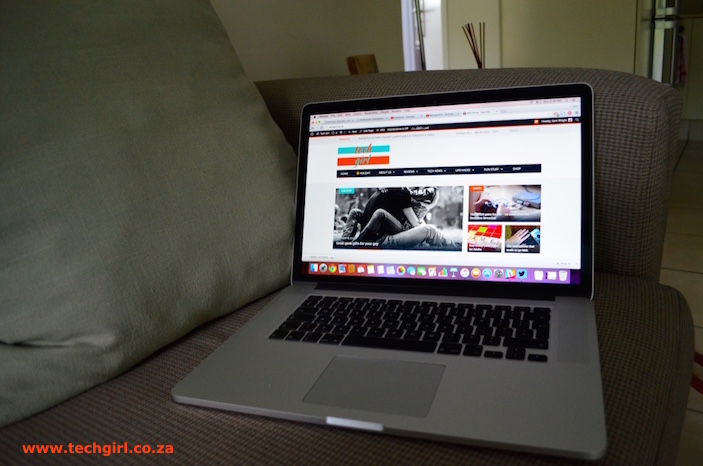 While there were a host of Microsoft devices available that would possibly offer up a lighter and thinner design I was still on the fence. When I made the jump from Blackberry many moons ago I actually moved to an iPhone and I loved it. I was held up at gun point and it was taken from me. I went in to the store to replace it and moved to Android as I had this weird superstition that the Apple phone would just be a reminder of the cold steel of a gun barrel digging in to my back. Silly. I’ve always said the Apple OS was one I liked. At my new job many of my colleagues work on Macbooks and I was starting to come in to contact with them more and more. I liked their simple functionality and the appeal of a sexy sleek looking machine. They also just seem to last. 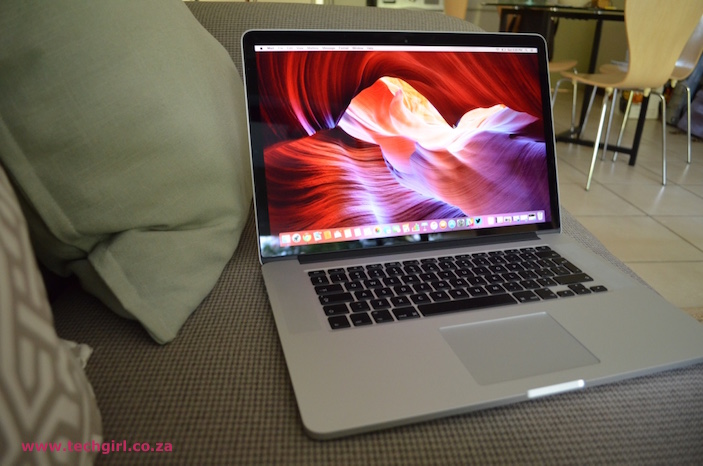 The cons of my decision? 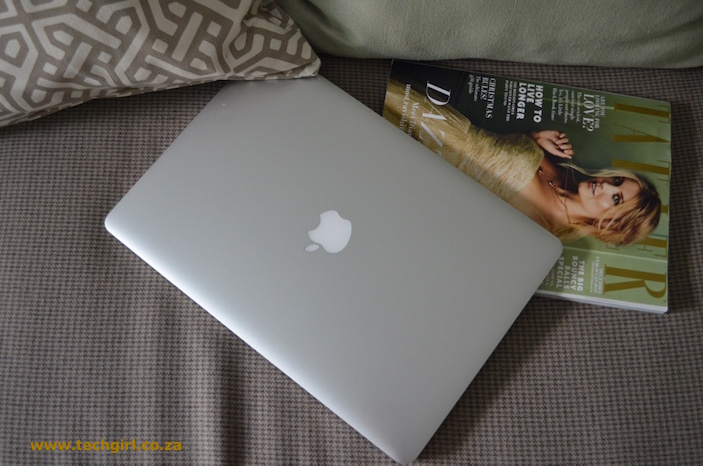 Why I decided to make the jump anyway

(please keep in mind this is my opinion and many will disagree. Fair enough. This piece is about why I decided to change):

I made the jump. I’ve been on a MacBook Pro for three weeks now and I’ve loved every minute of it. I hate Outlook but love the Mail option on Apple. I have all my accounts synced to one place. I was never a fan of trackpads but have found the MacBook’s to be the best of the bunch. I may have converted. The machine is fast, the display beautiful and all in all I’m happy with my purchase. 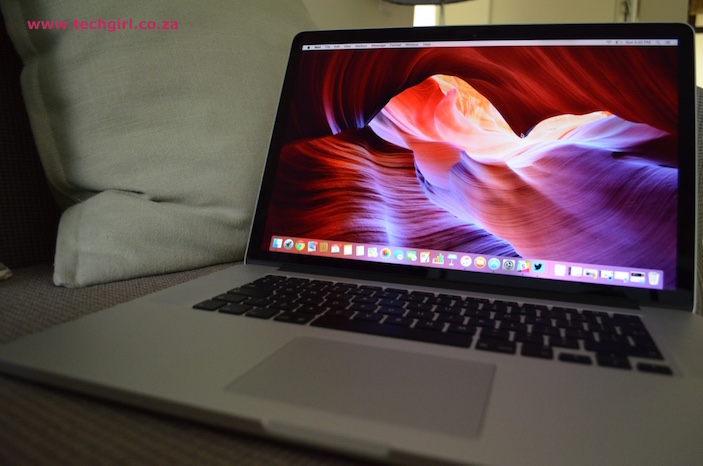 Here are a few things to keep in mind if you’re deciding to move to a MacBook Pro:

I’ve drunk the KoolAid and it tastes delicious. I don’t regret my decision at all. If you’re on the market for a functional laptop that can easily move around and still pack a punch – I’d highly recommend a MacBook Pro. I’m a fan. 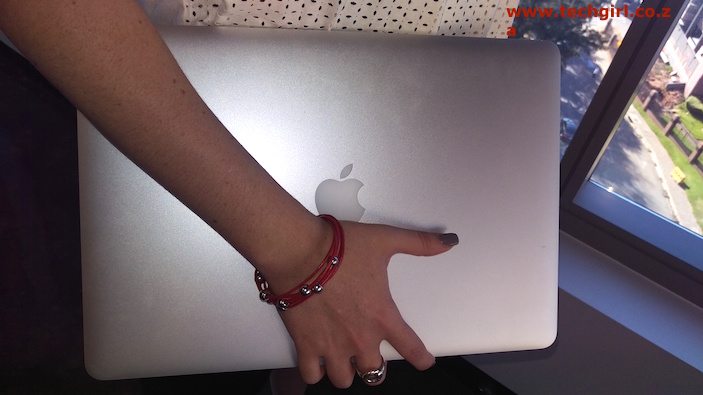 I purchased my device from the iStore and the service was top class. The courier company messed me around and kept promising to deliver and then disappearing. No problem for the iStore staff, they arranged delivery on a Saturday and sent me their personal mobile numbers so I could get hold of them. While the courier company was frustrating I was extremely impressed with the iStore online. They did not know I was a blogger, so this is the expected service for all customers – NICE ONE!

Another bonus about the Macbook Pro? I forgot my charger at home when I arrived at work today… no issue. An Apple screen has a connection that allows me to charge it. Winning!

Any one else made the jump to a MacBook? How was your experience? 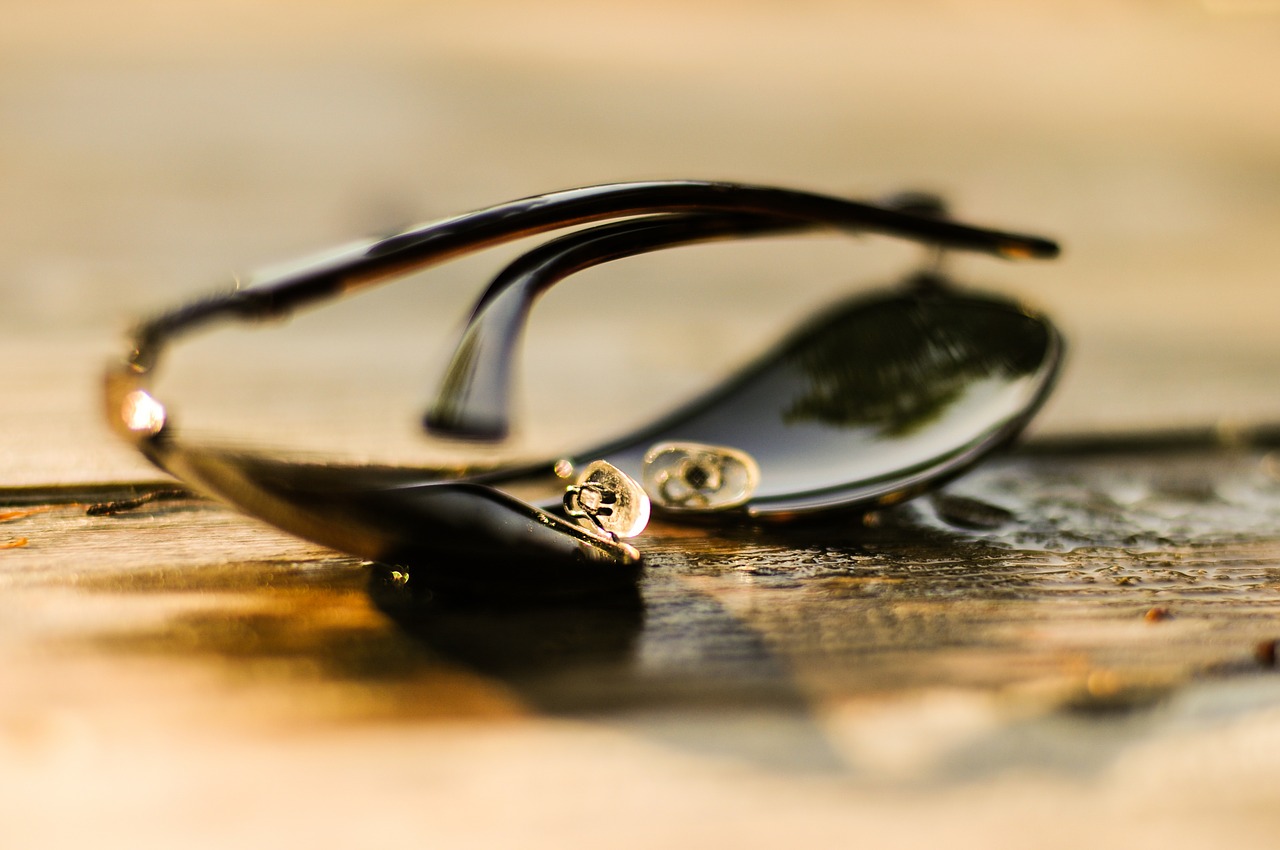 Get the Tech Girl look for November