Last weekend I watched Memory Games on Netflix. It’s a documentary that follows 4 memory athletes as they prepare to compete in the World Memory Games. They do insane things like remember the order of a deck of cards, repeat 100 numbers that were read to them and other such witchcraft. One of the few female contestants and from Mongolia (which a large percentage of people who take part in the memory games are from), Yanjaa Wintersoul, mentioned reading Moonwalking with Einstein and then realised that anyone could become a memory champ.

I read Moonwalking With Einstein by Joshua Foer a few years ago (I checked Goodreads and I read it in Feb 2014) and afterwards started to train my brain but that only lasted a few months. The documentary piqued my interest again and I started training my brain immediately afterwards.

Moonwalking With Einstein follows Joshua Foer as he trains to compete in the World Memory Champs. He is mentored by World Champ Ed Cooke (more on him later). The book not only gives you the history of memory but also actionable techniques to help you remember. From the invention of the Gutenburg Press, we have had less reason to remember. With smartphones, it has become even less important but using our memory is still a valuable skill. And with repetition and practice, anyone can get better.

If you want to make something memorable, you first have to make it meaningful.

There are three techniques that I found valuable and that you can start using immediately. They are also useful AF.

This involves creating a place in your mind where you take the same journey stopping at the same places but add different associations. It helps if its a place that you know well.

If you want to remember a shopping list and the first place is walking up the stairs, make up a crazy story to remember to buy milk. Imagine pouring the milk on the stairs and having to wade through it to get to the next place. Add movement, silliness and use your senses.

I do this all the time. I am terrible at remembering names so this saves me a lot. The Baker/baker paradox shows that it is easier to remember that someone is a baker (action, profession) than to remember that their surname is Baker. I don’t recommend that you go Michael Scott on remembering names, but telling stories about what a person does will help you remember. Failing that, I just go with dude.

It’s about time I learnt my BF’s phone number

I don’t know my boyfriend’s phone number. I know mine and my mom’s because it hasn’t changed since cellphones first came out. My current plan is that if I’m ever stuck, I’ll call my mom and tell her to call my BF, sibling or whoever I need. So I decided to use the mnemonic peg system to finally learn his number and guess what it actually worked.

Ed Cooke is a world memory champion and has written Remember, Remember, which helped me learn all the countries in Europe. I am always on a quest to learn collective nouns and use Cooke’s app called Memrise, where you can learn anything from languages to programming and yes, collective nouns. I googled which programming language you should learn first, so I started with Javascript (which I have already learned is not the same as Java).

Read this book if you’d like to find new effective ways to improve your memory. If you still aren’t convinced, first watch the documentary Mind Games on Netflix and watch the author’s TED Talk below. After that, you’ll probably want to read it. 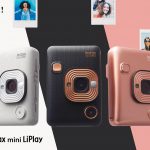 Win your own Instax Mini LiPlay! 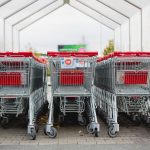