When I was in Tokyo, Japan with Netflix, I was able to visit 3 different Anime studios in the city. SOLA DIGTIAL ARTS was the last on our visit (I’ll tell you about the other two later in the year). SOLA DIGITAL ARTS are the studio behind ULTRAMAN. An anime series that dropped on Netflix on 1 April and is a re-imagination based off the 2011 manga as opposed to the Tokusatsu (live action television with a heavy use of special effects) which has a history going back close on 50 years. 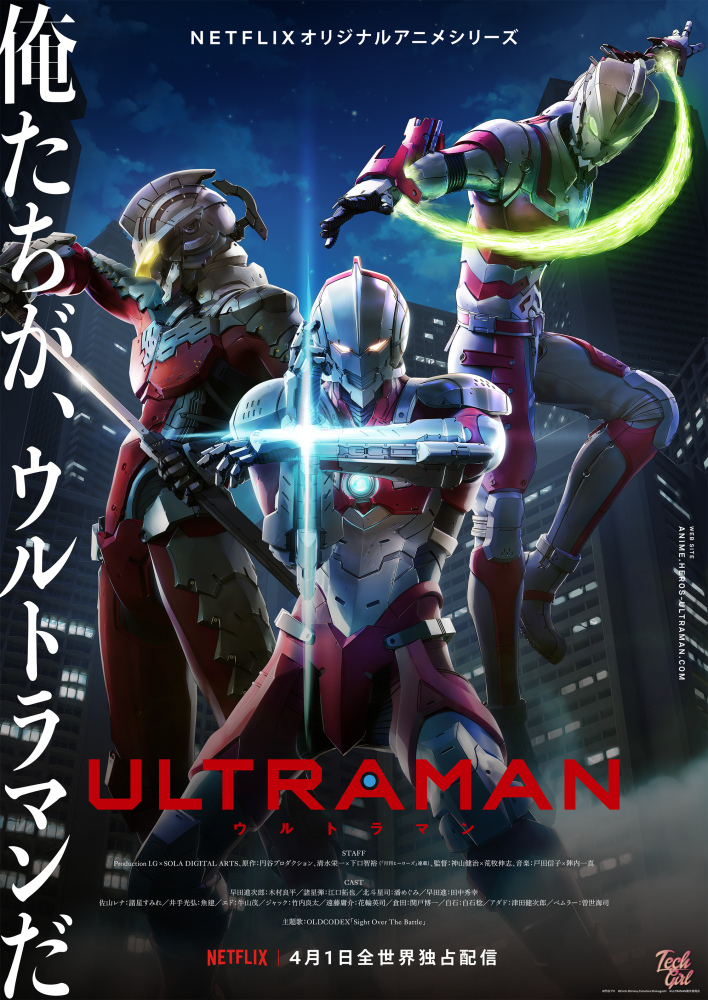 As I mentioned, this is a series that has strong roots in Japan and is beloved. The original story focuses on ULTRAMAN, a hero who, when moulded with his suit grows to giant sizes and battles aliens and monsters to save planet earth. Fast forward to the Netflix series and you have something a little different. The show focuses on teenager Shinjiro, who we first meet as a small child touring the Ultraman museum. This is where the nod to the original series comes in – with the giant Ultraman known to most featuring as a hero of Earth, defeating the alien hell bent on destroying our planet and then choosing to leave. Obviously, small spoiler, turns out Shinjiro has a destiny and as the first episode unravels we realise that he has been picked to be the new Ultraman.

I’m not a weebo. My anime library consisted of Dragonball Z growing up and, only recently, with Netflix introducing anime on their service and allowing me a bit more access, have I started to appreciate Japanese animated film making. It’s been helped by Pixel Senpai adding her anime reviews here on the blog and simply exploring the Otaku culture more. So I’m not sure what I expected visiting SOLA. I’ve been to film studios and production companies both locally and broad. They’re usually impressive buildings buzzing with creatives, noise and art on the wall. SOLA lives in a nondescript building in Tokyo, with some offices, a boardroom and a motion capture studio. There is no loud blaring introduction to what is on offer or walls filled with examples of past success. Everyone is in there just getting the job done. As this was a visit made on my last day in Tokyo, it was exactly what I expected. Tokyo isn’t loud. Magic might come out of the walls of a studio like SOLA but no one feels the need to shout about it or advertise it to visitors. They just create and let those creations go out into the world.

SOLA is a partnership of sorts. The studio joined forces with Production IG to create ULTRAMAN (and a few other titles which I’ll chat about down the line). SOLAL is a CGi Studio and now, with the sign off of ULTRAMAN offers up a mo-cap space as well. They’ve worked on a host of Japanese and Western productions including things like Appleseed and the opening movie in Tekken 7.

With ULTRAMAN the studio wanted to merge 2D animation with CGi – much like we’ve seen done in Spider-Man: Into the Spiderverse. This movie came up a lot during my time at SOLA: it was clear it had set the bar for what the team was working on at the time of its release and how they imagine their projects to look moving forward.

Let’s chat to the directors

ULTRAMAN was c0-directed by Kenji Kamiyama and Shinji Aramaki. Both gentlemen arrived to chat to us at the studios. While Weebos the world over have probably had a pulmonary embolism at this point, those names are likely not familiar. They should be though. Kamiyama was the director behind the original Ghost in the Shell anime that ran from 2003 to 2005 while Aramaki was working in mechanical design from before I was born and made is directing debut the year of my birth. They’re legends of Japanese anime and usually refuse to speak to media… ever. So having them in a room with us for an hour to chat was something special.

Co-directing can’t be easy. While each man brings their own flavour to the show I imagined some head butting and leadership tussles. Kamiyama disagreed though, he pointed out that being an animation director can be somewhat lonely. You see the final picture but your crew doesn’t necessarily see the vision you’re working for as they’re seeing different elements. As a director, when struggling with a problem to solve, a partner to bounce ideas off of or offer new eyes to the content makes all the difference. Both men have similar approaches to how they handle projects and had a mutual respect for the script, as they’d both grown up watching the show, so that allowed them to learn how to develop the script together.

The pair were also quick to point out that developing a show for Netflix had an interesting dynamic. While the production style doesn’t change much it does need to be considered that people will likely binge watch the series. So you want to change the style slightly and hook viewers at the end of each episode to encourage them to continue on.

Changing ULTRAMAN for a new audience 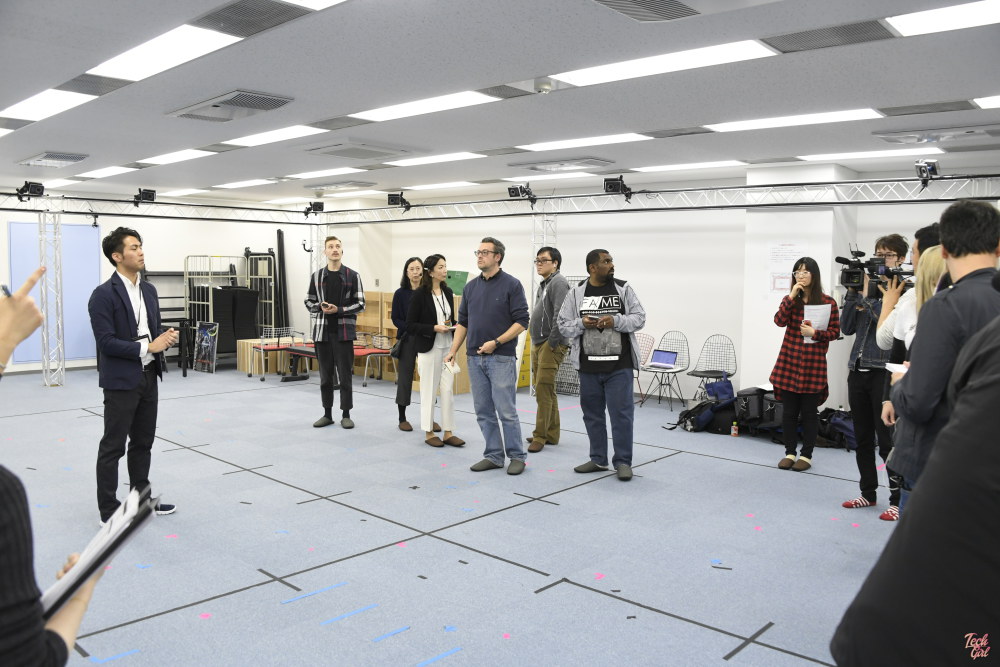 For me, the most fascinating conversation with the directors revolved around how they needed to adapt ULTRAMAN for a younger and more Western audience. The original show’s giant hero doesn’t appear in this new series. He is sized as a normal man and wears a suit that will, unfortunately, remind many Western fans of Iron Man. It shouldn’t though. While the man-made armor is even shown with that clever close up of the face in the suit, which we first saw in Iron Man, I think the similarities end there. This is not your typical Marvel superhero story and while they might both run around in mech or have dads who had secrets, I’m not sure it is fair to compare.

But, the original “giant” ULTRAMAN did have to shrink. The directors pointed out that this is a culture change more than anything. According to them, Japanese audiences like superheroes who are gigantic. They want monsters that are large and out of this world. The extreme is appealing and entertaining. A Japanese deity or holy figure is always portrayed as something giant. These heroes didn’t speak. They were simply larger than life characters that we, as the audience, could project our own thoughts and feelings on to them. But the audience has changed. 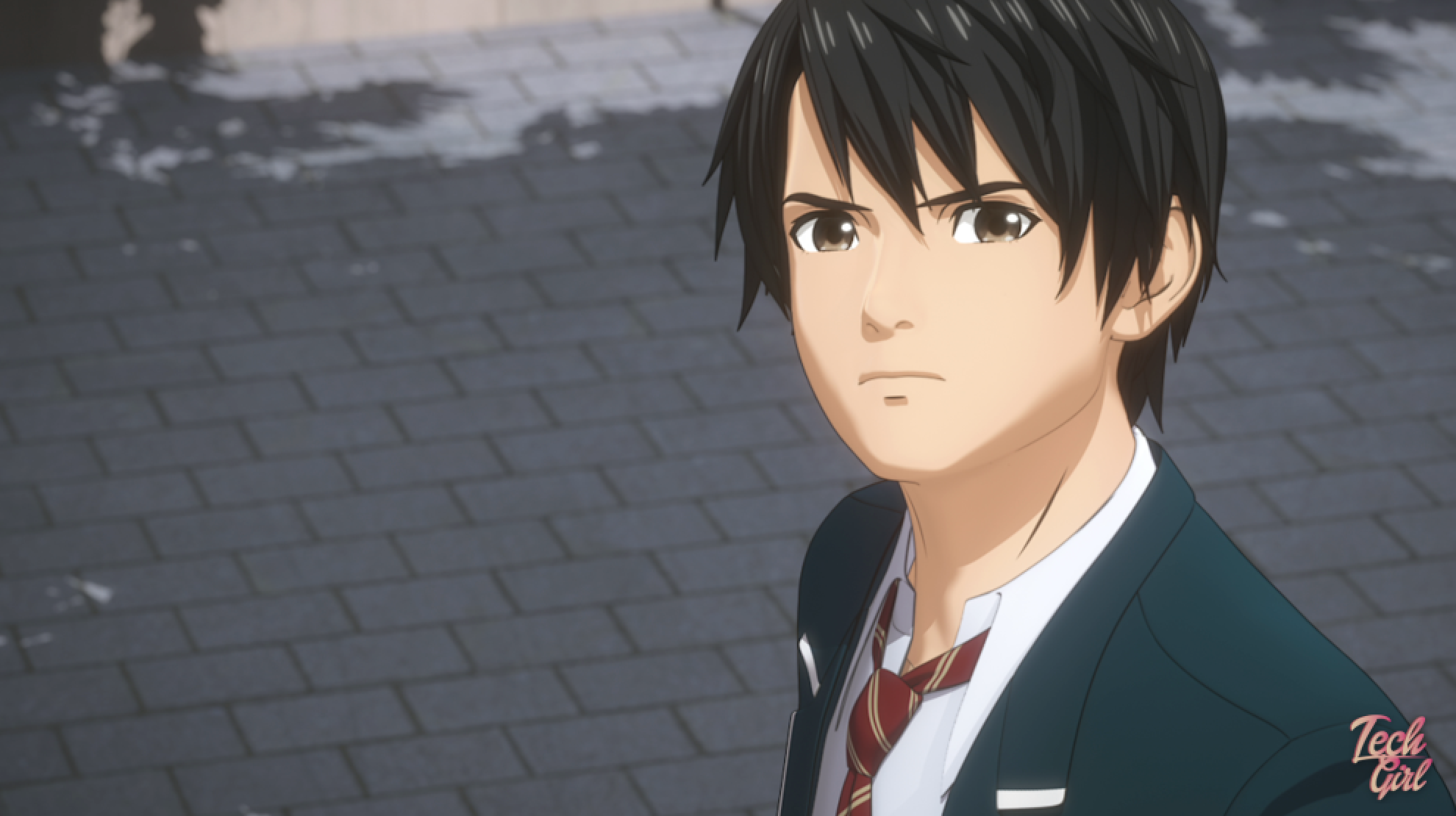 As Japanese and Western culture intertwined it required the hero to adapt. New audiences want something that looks like them, speaks like them and feels like them. Heroes of old, like the original Ultraman, were created in a time of threats like the Cold War and Atomic Bomb. But now? The audience is more focused on personal struggles and dealing with their own issues. Which is where the directors took this story. Kamiyama chose to highlight how Marvel and DC Superhero movies always focus on the righteous versus the evil. The hero is always good, always led by their own need to be good. But would it really be like that? ULTRAMAN chooses to look at the struggle of being 17 years old and gifted with powers beyond your imagination. Would you automatically run off to save the world? Would that really be the only thing on your mind or would you struggle to decide how best to use your powers, or if you even should?

And that right there is the crux of ULTRAMAN. Yes, there are incredible fight scenes that really do utilise CGi, motion capture and incredible animation combined into a spectacle for you to watch. But for me, the change of tones and story line focus really make for an interesting and entertaining watch. The story is far more identifiable and our hero far more real. It’s worth the watch. 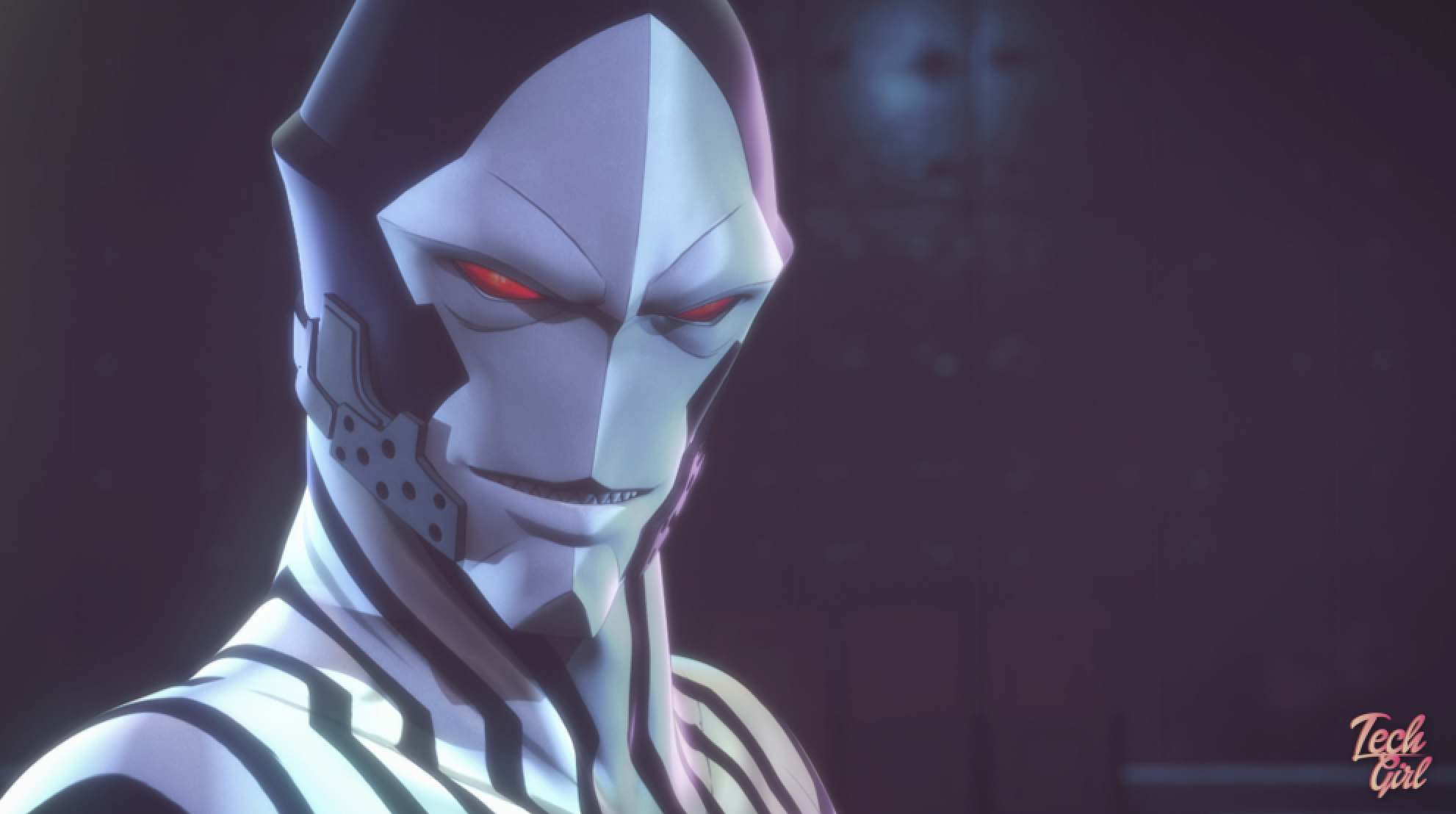 And a small easter egg for the Weebos and new fans of ULTRAMAN alike – this won’t be the last project we see Kamiyama and Aramaki working on together. Ghost in the Shell is their next offering and set for release in 2020 on Netflix, while they’re also working on Blade Runner – Black Lotus for Cartoon Network.

My visit to SOLA and trip to Tokyo was gifted to me by Netflix. They covered the cost of the flights and accommodation to allow me to tour Tokyo and visit Anime Japan 2019. My YouTube channel has various vlogs about the visit if you’d like to see them.