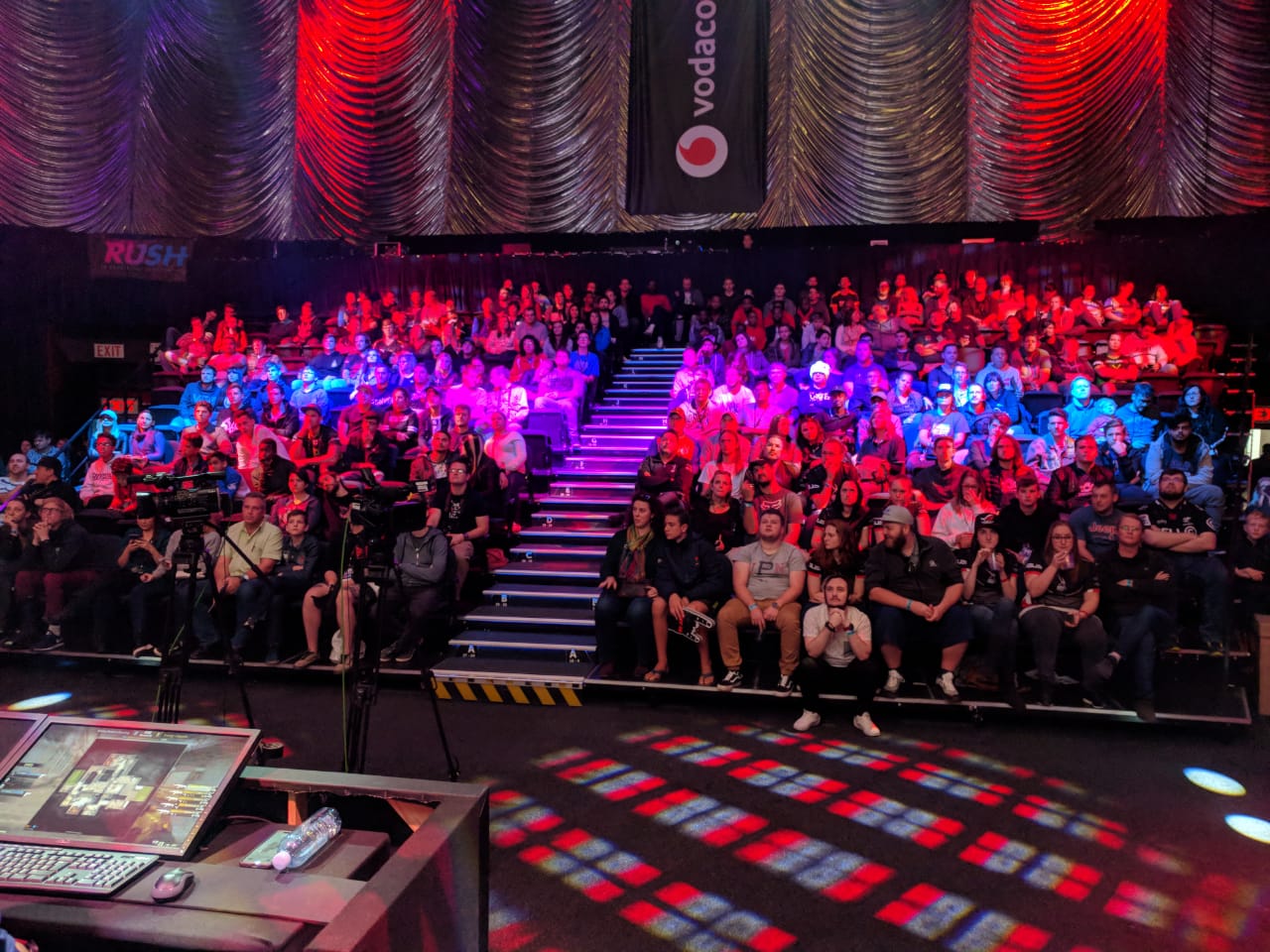 I’ve been going on about RUSH for a good long minute now right? I was so excited when I heard it was coming back in 2018 and to a new venue – the Sun Arena at Time Square in Pretoria. I found out a few weeks after the dates for RUSH 2018 was announced that I’d actually be in rehearsals for Contenders during the same weekend and, I was rather upset. I really didn’t want to miss this because I knew it was going to be impressive. A few folks grumbled last year that the venue wasn’t ideal, it was a small turn out etc. But I knew the new venue would work so well for the various competitions and I’d already seen that a stack of people were excited to pull through. When I did my “Make SA Esports great again” video the response to RUSH was RAD:

I also really loved that a new sponsor came on board. Vodacom4U sponsored three of the major competitions at RUSH and were the headline sponsor for the whole event. They were so great at engaging with fans, sharing content and generally getting their hands dirty in the esports arena. While I was pretty gutted I couldn’t be at RUSH I did do a sneaky behind the scenes vlog the day before doors opened (and the day before I had to get on a plane):

I did ask you in this video to share some photos with me so we could showcase how much fun RUSH was. You came to the party and sent me some awesome stuff which I’m sharing in a gallery below. But, before I do that, I just want to say how incredibly proud I am of the South African Esports community. I watched this event from behind a screen. All I had to go on was the chatter online and I was blown away. The support from the community and new fans was incredible. The teams and players were so active sharing results and their own content from the event. I loved watching the live stream of the CSGO as it allowed me to be in the moment with my friends and jump in the chat. I love how much we’ve grown as a scene and it was so rad to see the conversation trending. Watching the likes of Vodacom4u, Razer, Red Bull, various computer brands and even Clorets getting involved in this event and SA Esports in general was something special.

I’m putting together some more in-depth pieces on the competitions and winners for Red Bull which I’ll share on social.

I’m still sad I wasn’t at RUSH but I’m also so impressed and proud of how far SA Esports has come. We are GREAT and I think RUSH showcased this. Take a look at some of the rad pics I was sent. How much fun did the show look?