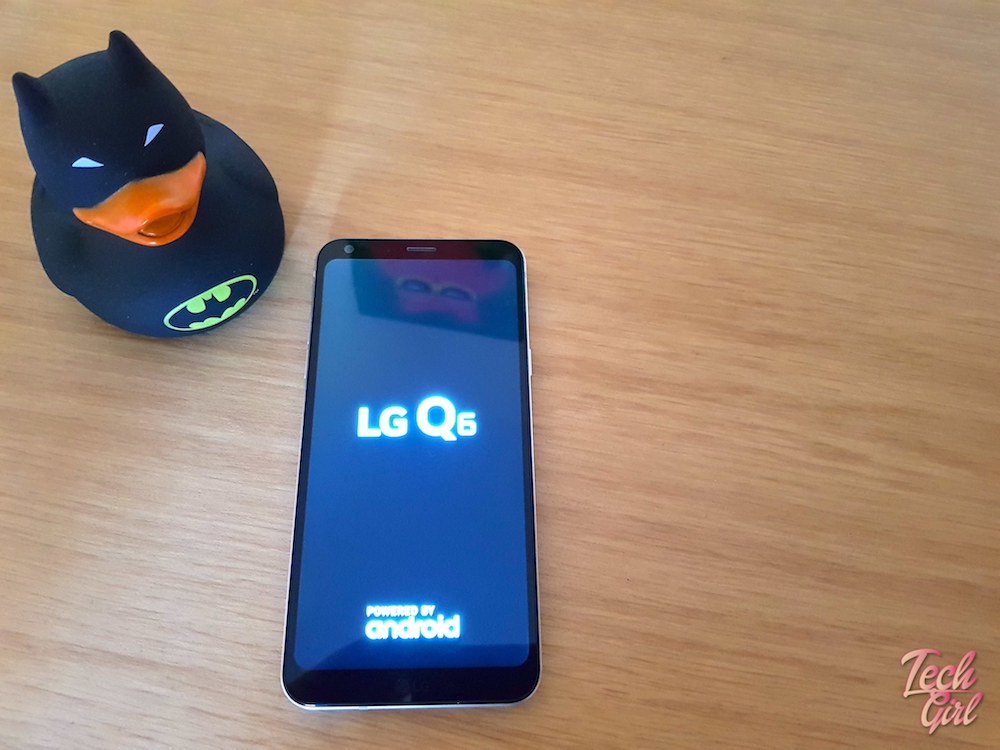 Mid range smartphones are usually my worst. I think someone in a development brainstorm came up with a stupid idea and it stuck:

Oh, it is a mid range phone. Make it bigger so it looks more impressive.

No. Not everyone wants a phablet attached to them. Especially me, because I have tiny hands. I know this sounds stupid but honestly, I have no interest in big handsets. Apple has always given me the option of a smaller phone which I liked. Samsung has kept the Galaxy small and opted to push the Note into stupid sizes. But many of the other the manufacturers don’t really seem to get it.

Which gets me to the title of this post 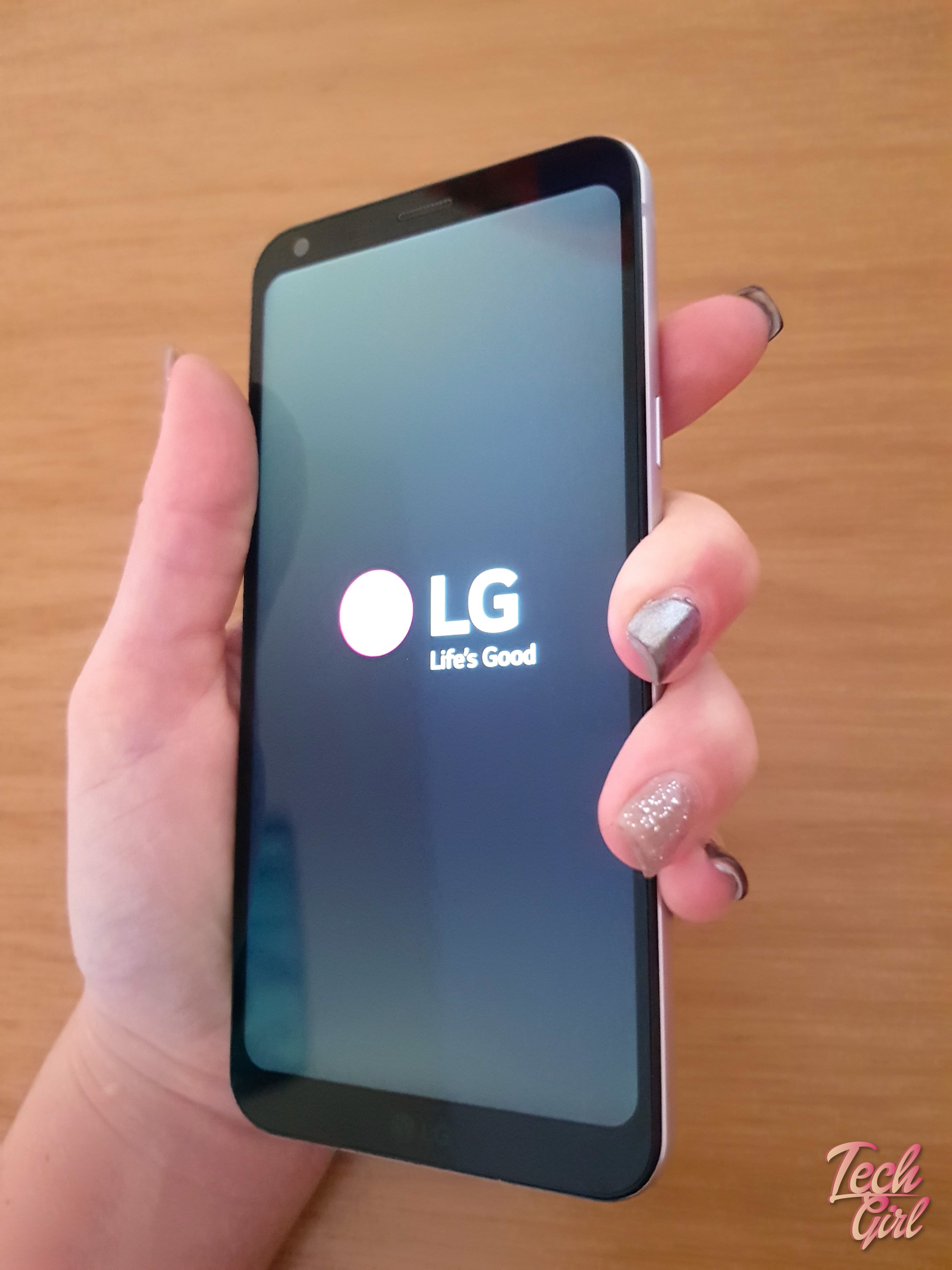 Big isn’t necessary better. The new LG Q6 is a mid range smartphone that went the “normal people’s hand” size. It has a 5.5″ screen and fits comfortably into my hand. I’m not sure if it is the slim bezel which is hardly visible (that’s the round metal or plastic bits around the screen) but I found the LG Q6 so easy to operate one handed. My thumb didn’t feel the need to stretch and typing one handed was natural. Something I’ve missed for a long time. I could effortlessly smash whats apps out without having to use both hands. I’ve missed that.

Now that I’ve got my soliloquy out of the way: this phone is really well made. The design is simple and yet far more sophisticated than I expected from a mid range smartphone. It has an aluminium frame which tends to be reserved for flagship devices. The back is still plastic but it has a glass type finish to make it look far more sophisticated. Yay for better looking phones but not so yay for scratches, which the back of this phone will pick up. That means making sure you have dedicated pocket in your handbag for it rather than tossing it in with the kitchen sink you usually carry around. Something I am guilty of. Talking about finger prints, there is no finger print scanner on the back of the phone – which is the usual for LG. However, they have, apparently, added facial recognition. Spoiler: I didn’t even try it. I find the idea of it silly. You know what else is silly? All the iPhone hype around this when LG already had it on their mid range phone. Just Saying.

But the gaming stuff 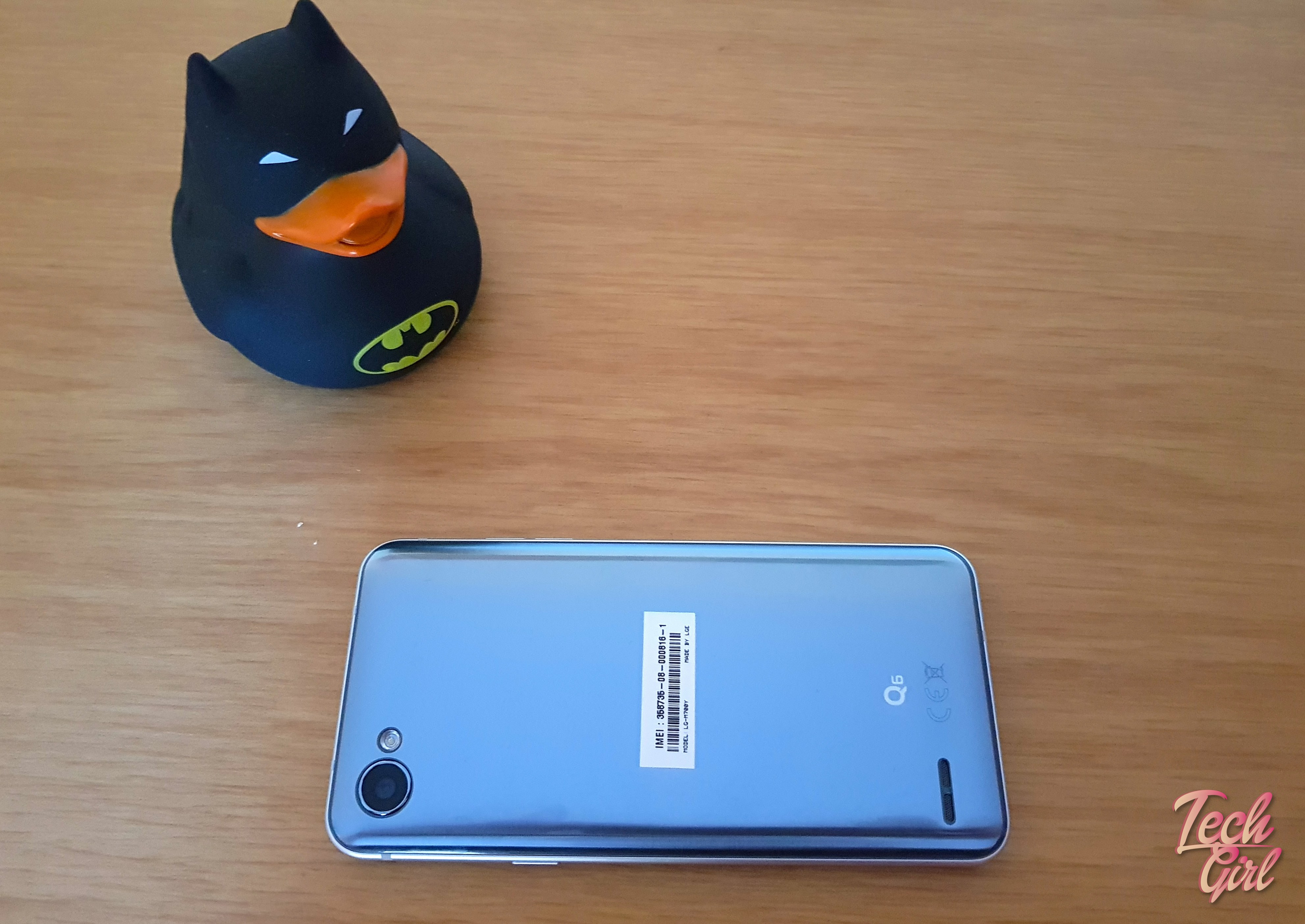 The overall battery life on the LG Q6 was decent. It did what I needed it to do. If you’re a fan of gaming on your phone you’ll love the two nifty features the Q6 includes. There is a gaming battery saver which drops resolution in game to try save you some juice. There is also break time with reduces screen brightness and pauses games. I’m not a huge fan of mobile games but figure for those who spend time tapping at games on their phone in bank queues instead of catching up on Twitter (yes, me) this works really well. The phone also doesn’t heat up during heavy usage. Don’t you hate those hot phones that make your palms sweaty if you have too many apps open? Me too. The Q6 didn’t seem to have this problem which I liked.

What about the camera? 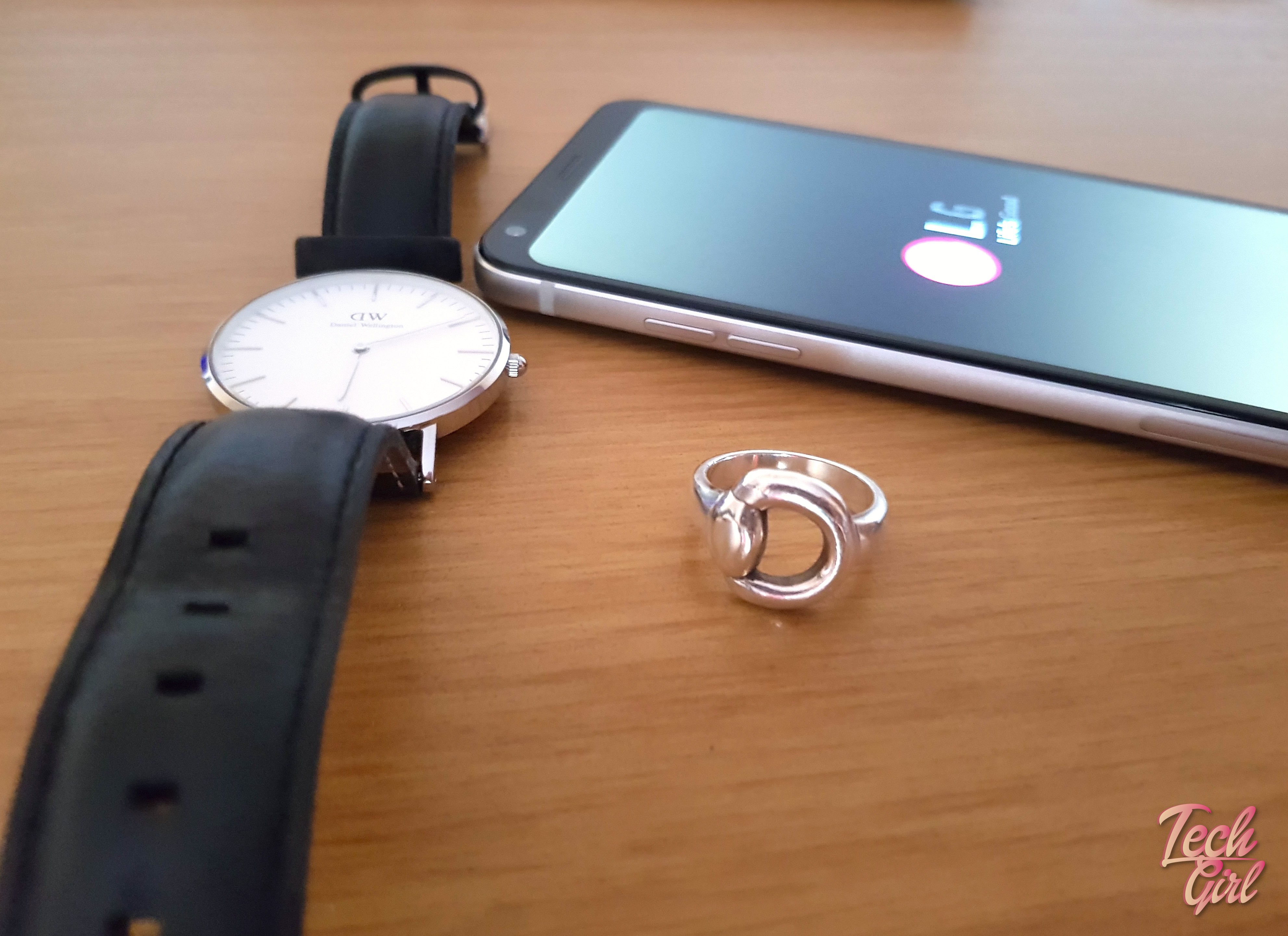 There’s a 13MP camera on the back of the phone so nothing to write home about. The LG Q6 records in 1080p which is ample if you decide you want to become YouTube famous. Granted it isn’t 4k but it will do. On the video recording bit – there is a “steady recording” toggle which is great if you’re a bit unsteady and still getting used to the filming stuff. If you’re a fan of selfies there is a 5MP camera for you. It isn’t great BUT it does have a nifty wide angle option if you have more than 2 friends and HAVE TO take a stack of selfies at a concert. I approve! (Both on the having more than 2 friends and group concert selfies). 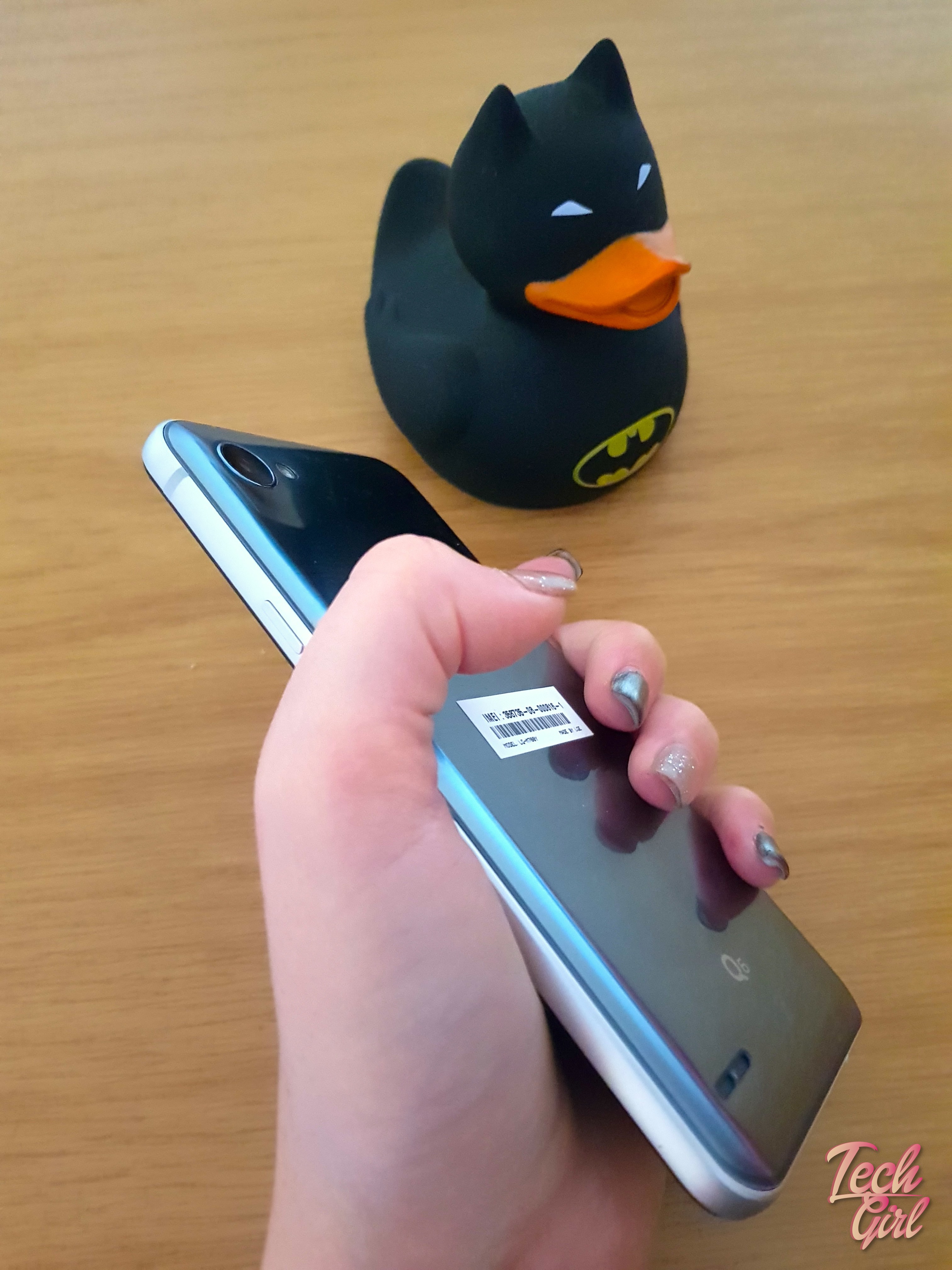 Let’s get in to the costing stuff. You’re looking at around R6000 for the phone. I think the LG Q6 is worth it. It is pretty to look at, has a few funky features AND, most importantly, can actually fit in your hand. I know I’m harping on about this but seriously, it really fits well and the display is decent. It is a good phone. For R6500 you can buy a bundle which includes a smartwatch. I’ll add a review of that at a later date.

The LG Q6 is a great mid range smartphone. I’ve always loved the LG offerings (other than the modular thing they did) and think they make practical phones that do the job and look the part. Plus, one handed texting friends, I’ve missed this!

Disclaimer: I was sent a Q6 to review. It goes back now. 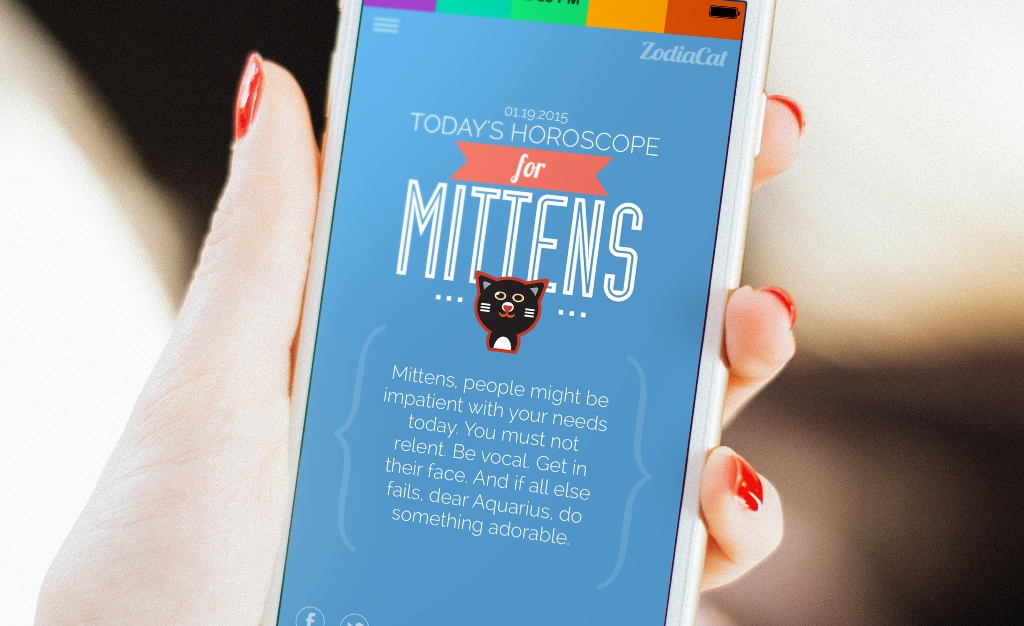 A horoscope app for your cat, meet ZodiaCat