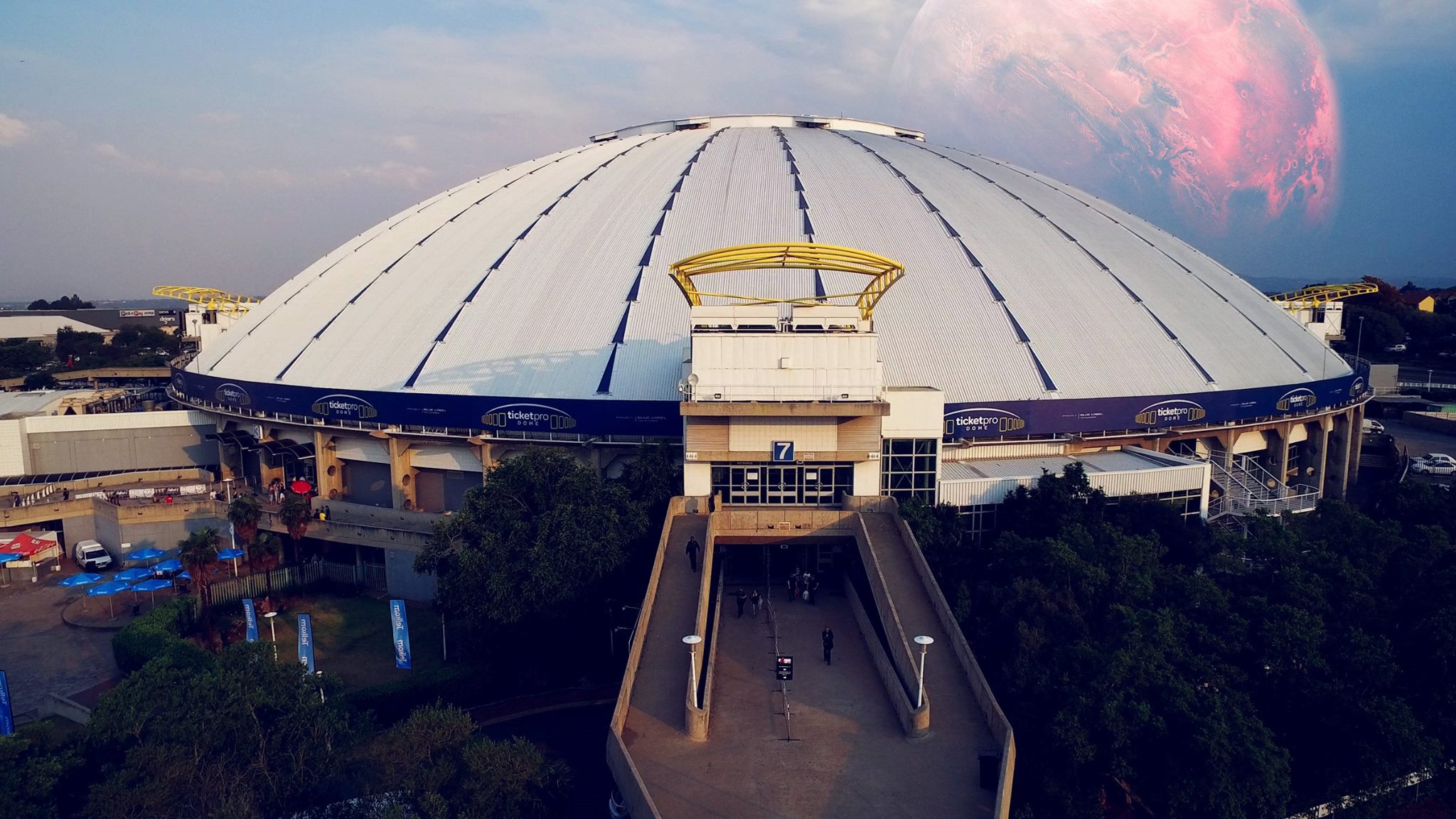 The Survival Guide to rAge Expo and the #AGalaxyOfGeek

When Sam and Chani write together. This is a collaborative piece.

Pictures courtesy of rAge and NAG.

Once upon a time, before I took my YouTube channel seriously, I made a video about this topic. I am now older, (probably not)  wiser, and felt that this information was worth sharing in the written form. But if you can’t be bothered to read, here’s the video:

rAge Expo is celebrating #15YearsOfAwesome this year while I celebrate 10 years of attending this amazing gathering of gaming, geekdom, Esports and anything techy tech. Whether you’re a casual gamer, hardware enthusiast, cosplay lover or fan of the local competitive gaming scene, there is literally something for everyone. So we’ve put together a quick guide on how to survive rAge and also a few quick head’s up suggestions of stuff you don’t want to miss (like where all the swag is!).

Deciding Which Day To Go 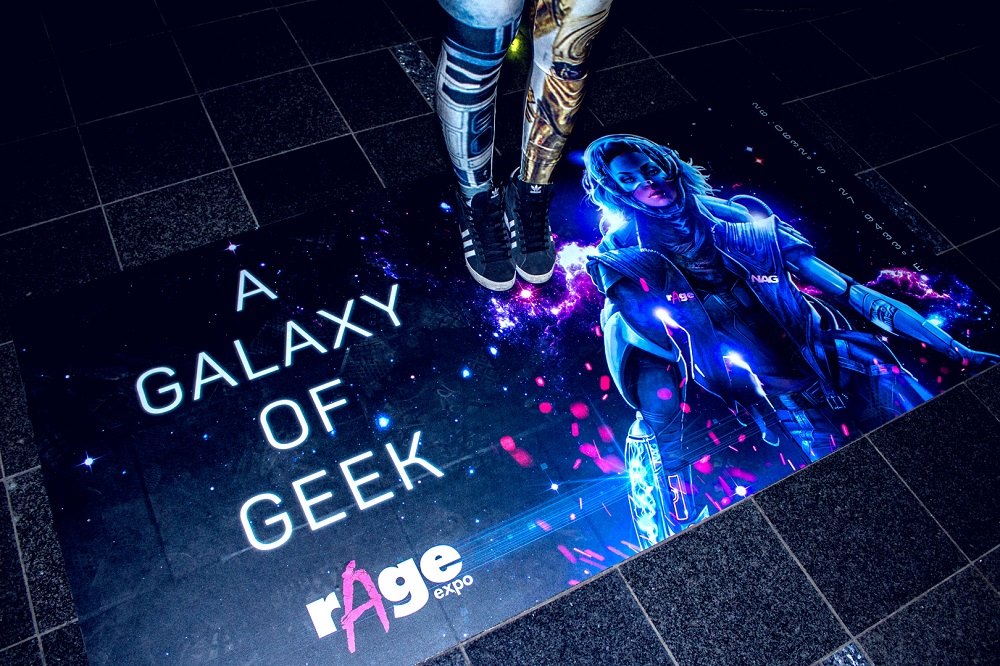 The diehard enthusiasts go the entire weekend, but for those of you who want to only attend one of the days, it’s important to decide which day is best suited for you. Fridays and Sundays are usually quieter (this doesn’t mean they aren’t busy, just less crazy than Saturday). Saturday’s have more things happening but the crowds and lines are insane. Sundays also have all the Esports finals – which is great.

Who are you going with? 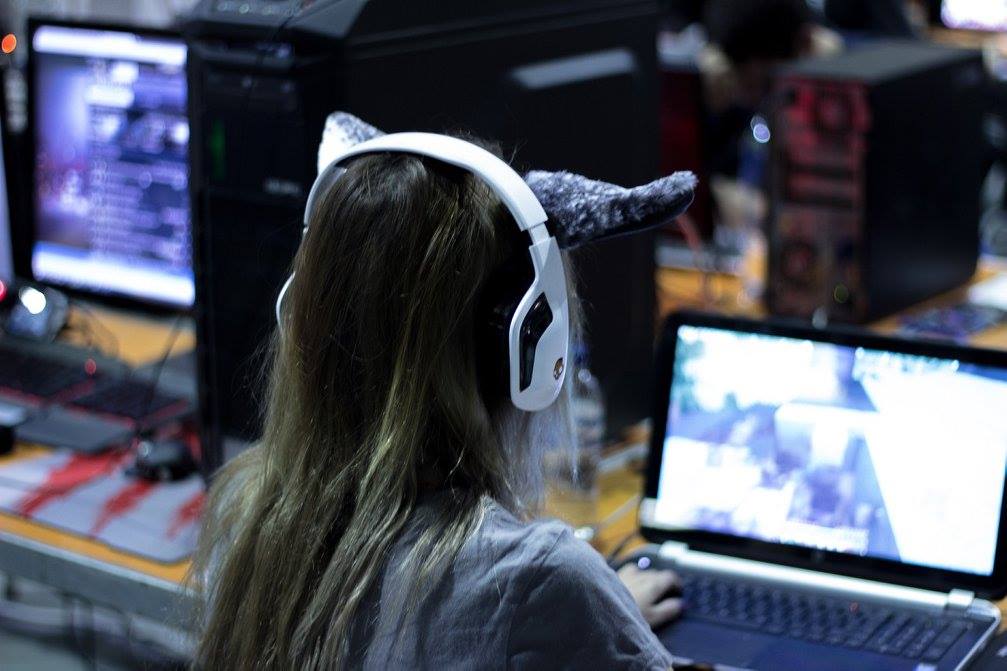 Over and above deciding which day is best suited, who you attend rAge with is vital. If you’re planning on bringing a friend or significant other who isn’t really that into gaming/tech/geek culture, you need to make sure they aren’t going to want to leave after an hour. I had this once and it was terrible. Both for me and my friend. I felt bad for making them stay when they were bored, and they were just bored. Rather come with someone who is going to enjoy it with you. You also don’t need to stay for the entire day, although staying longer means you get to see and do more cool things!

What should you plan to see first? 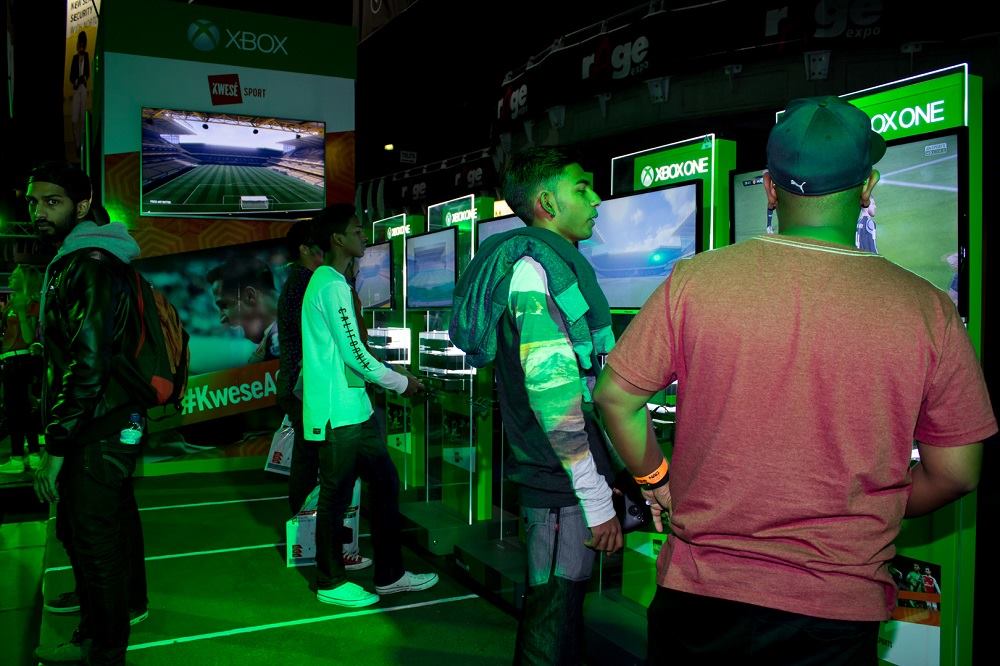 Before you head to the Expo plan your attack. There is a host of pre-release code available on the floor so you’ll be able to play new games – but the lines for these are sometimes super long. This is why I’d suggest planning a “must see first” journey as you arrive. If you get to the stands of the pre-launches early you’re less likely to have to wait in queues. Choose your favourite developers and mission their first. Chani is an XBox fangirl and with good reason (yes, Sam is writing this paragraph, confused yet?) their stand always has some sort of rad hands on with a still to be released title. It is also the easiest to find with all the green. So as you walk through the doors, target in on that one first! Also, sneaky head’s up – I have it on good authority that for the techies – RAZER is launching a plethora of products at the expo. You’ll be able to get hands on and experience first the: Razer Mercury Range, Razer Atheris, Razer Basilisk, the new Razer PS4 Thresher Ultimate AND the new RAZER PS4 Panthera Fighting Stick. They won’t be the only brand dropping new hardware. But in your planning: games first, hardware second, shopping third. You’ll cut down queue time, the hardware doesn’t go anyway and shopping at the end means less bag carrying!

Prep for the specials 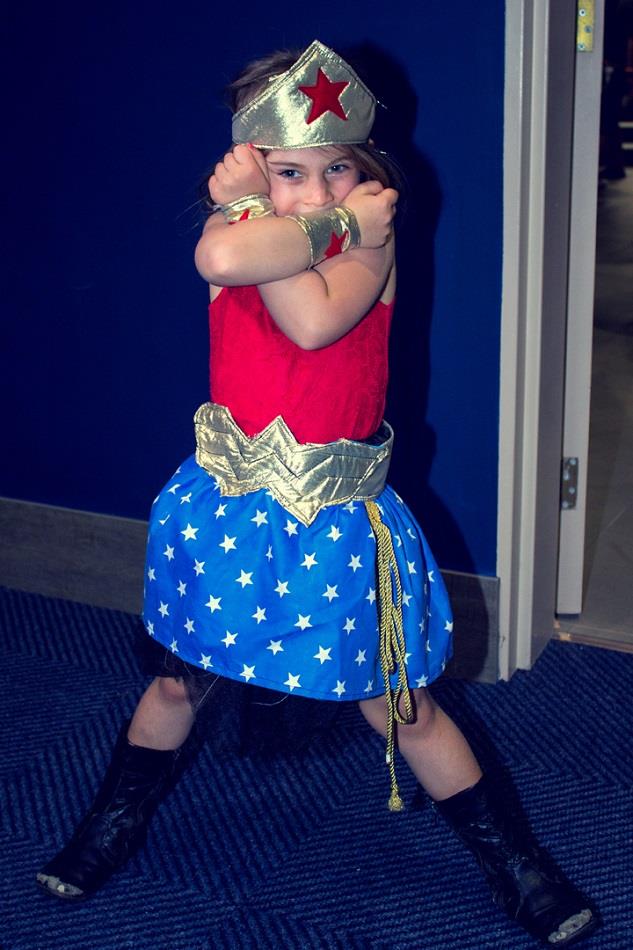 Bring your card. Many of the retailers who sent up stands at rAge offer incredibly ridiculous discounts and expo specials. Again, I’ve just got word that Razer is slicing the prices on all their peripherals. They’ll have show specials running at retailers across the floor. And proper specials, like R500 off the Black Widow keyboard or close to R1000 off the Leviathan Mini Speaker. The specials at rAge are always epic so be sure to do the retail shop at the end of your day if you plan to spend – so you can carry the bags out easily! There are also always a ton of giveaways on the stands. If you find one of the Tech Girls you’ll likely win as well. Between Chani and PDP, Razer and I as well as Constantine104 and Turtle Beach we have swag for days. Find us, come chat to us and don’t be shy to ask 😉

A backpack will be your new best friend 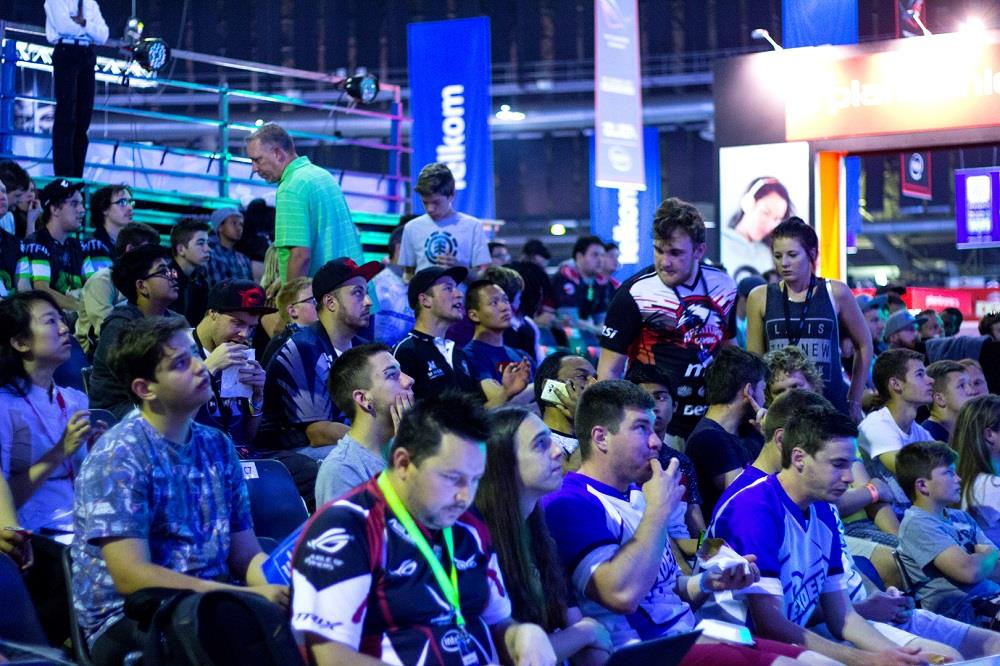 I’ve used the same backpack at rAge for my entire decade of rAge Expoing. So much so it is actually referred to as my “rAge bag”. If not used to hold all your awesome new stuff you’ve bought or won, it’s great for carrying jackets, wallets and anything else you might need to survive rAge.

“But Chani, why not just use a handbag?”

I guess you could, but I’ve found a bigger bag is better for rAge (having a backpack on your back vs holding a handbag is also easier to navigate the crowds with) If you’re anything like me, you’re going to look at the direction you’re going and mission. You don’t still want to worry about bumping into every second person with your bag. 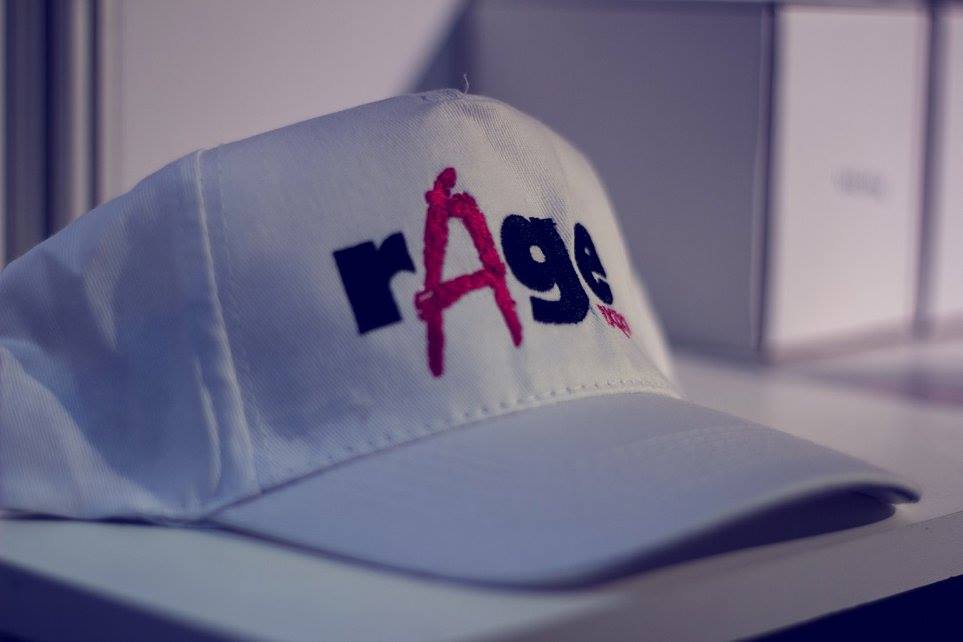 It worries me that I have to explain this to people, but it’s true. Every year I see someone wearing heels and a part of me feels sorry for the poor soul, while the other part judges them for being that silly (not referring to the cosplayers at all – I have massive amounts of respect for the people cosplaying in heels – I would physically never be able to do that!). But there is a lot of walking and a LOT of standing involved when attending rAge. There are lines for everything; entrance (if you arrive early enough), to play games, to watch previews, food lines, drinks lines, and even the line to the ATM (happy to report that in 10 years of attending rAge, I’ve never had to stand in a line for the loo). You’re also going to be standing (unless you’re lucky enough to grab a seat in the stands) to watch any of the Esports – this usually applies for the big matchups and finals mainly. The dome is also massive, and all the major attractions are very spread out on the expo floor, so there is a lot of walking to and from stands and stages. 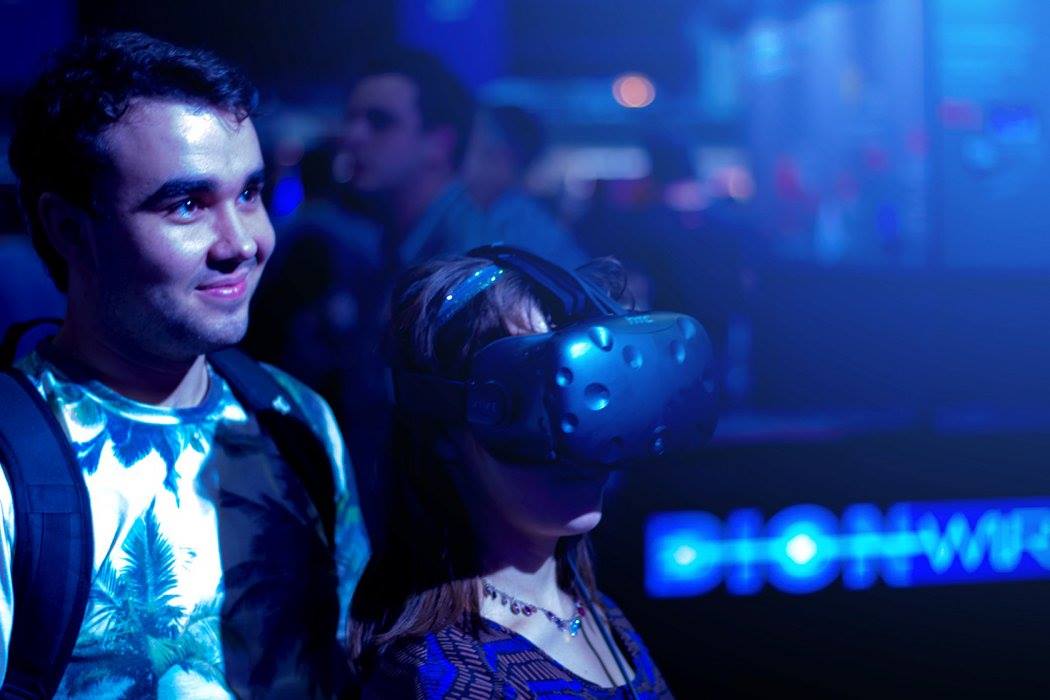 Trust me on this one. Cash means you’ve budgeted for rAge and won’t spend more than you wanted to. Cards become an internal argument of “I shouldn’t buy this, but I really want it”. If you have self-control or the money to burn, don’t worry about that too much. However, cash is easier and quicker when wanting to get out of a cramped space filled with several people all wanting to buy nice things. 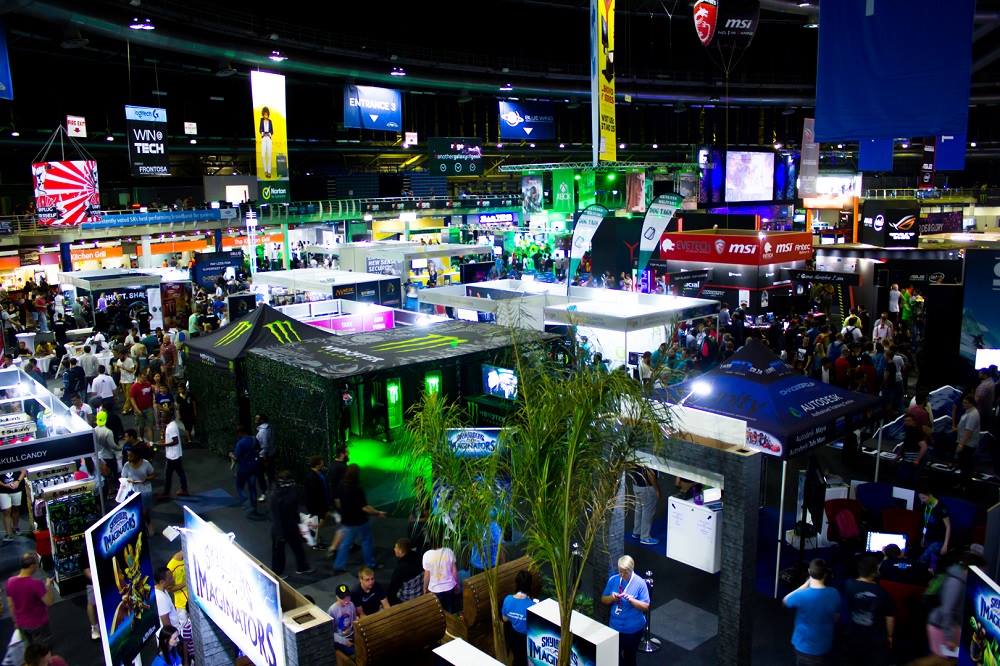 One of the things I really like about the Ticket Pro Dome is that water bottles are allowed to be brought in with you. October is a hot month. Combine that with more than 8000 people in the dome, you’re going to get hot. It’s important to stay hydrated, and bringing your own water bottle with is just one less thing to worry about (yes there are vendors selling water and other drinks, so if you’re not a water bottle person, you’re not going to die of thirst).

Your phone will most likely die (depending on how much you use it of course). But it’s a long day, with lots of photos to take, tweets to tweet and phone calls to make when you lose your friends and you need to call to find out where they are. Trust me, this happens more than once.

Pretty sure we’ve covered the important stuff here. I’ll fill you in on the Esports action early next week (yes, Sam again) but for everything else this rAge guide is going to be your mini expo bible. Read it, learn it and have the best rAge ever! Who are we seeing there?