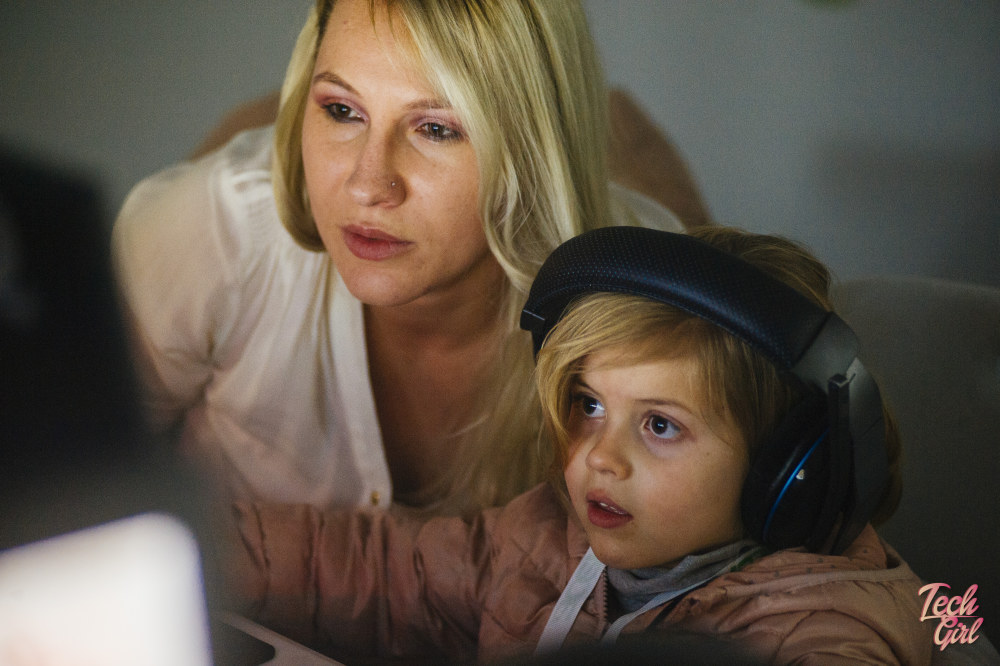 Last week was #AcerForGaming – I shared with you how this event came about and what the reasoning was behind it. There’s a lot that went on that you probably didn’t know about. For starters, we opened registrations on the Friday morning and I was well aware I was jumping on a plane to head to Taiwan for Computex. I was super stressed about not being in South Africa to handle any issues that popped up in the week leading up to the event. However, courtesy of the incredible people who partnered with me on this, the entire event went off without too much of a hitch.

This blog post is pretty self entitled and more about just giving credit to the amazing humans who helped make this possible, more than anything else. I think it is necessary to just give public thanks in these instances so bear with me while I do. There are a lot of people who made this possible: 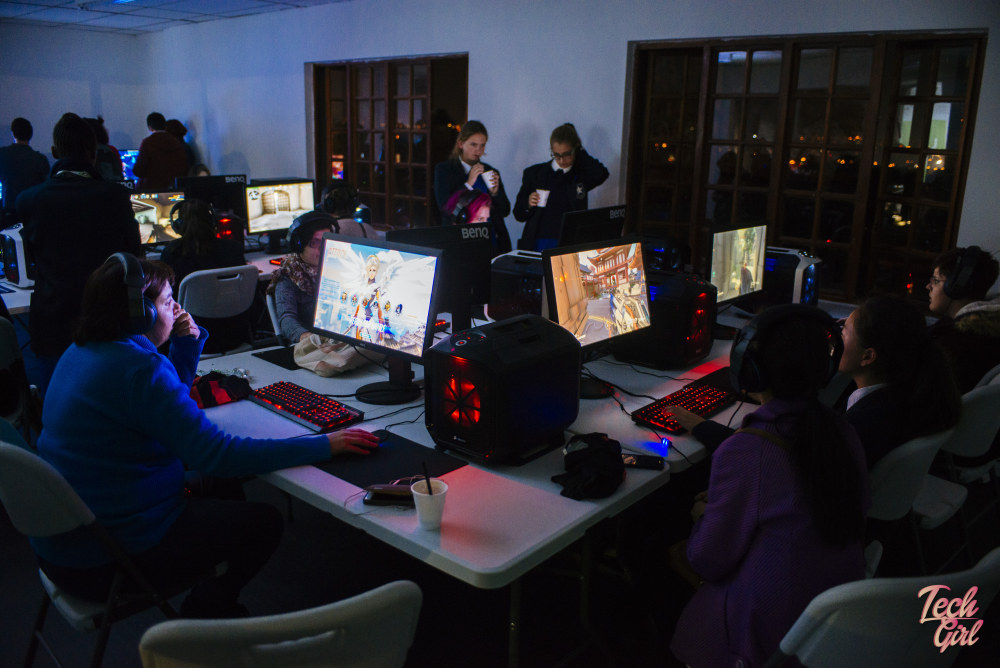 Chani, Constantine104, Pippa, Zoe, Bish and Shazz – you are 5 amazing and remarkable women. When I came to you with this “big plan” you jumped right on board without hesitation and did so much to ensure we booked out the event within hours. On the night you each did such a great job at getting girls behind the devices. There wasn’t a single lady at the event who didn’t jam something at some point – which was the whole goal of the event. Each and every one of you is an inspiration to me. The way you’ve each carved such a rad niche in the gaming scene and inspired women is something I constantly aspire to. 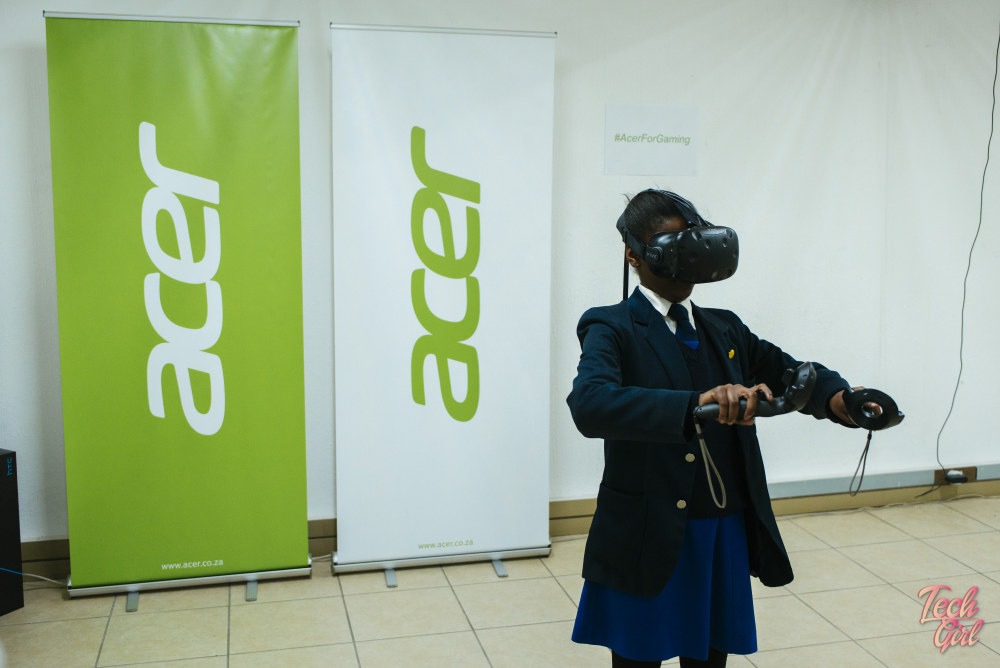 The team at The Nexus are just the most positive and hard working team of gaming fans I’ve ever met. When I originally went to The Nexus and wanted to do this event (at that point I had no sponsorship), the team was willing to do everything and anything to try help make it possible. They went over and above on the night to ensure everyone was taken care of. I spend way too much time at The Nexus and consider it another home. I always feel welcomed and happy there. The space is amazing but truly it is the people who make it such a great spot. 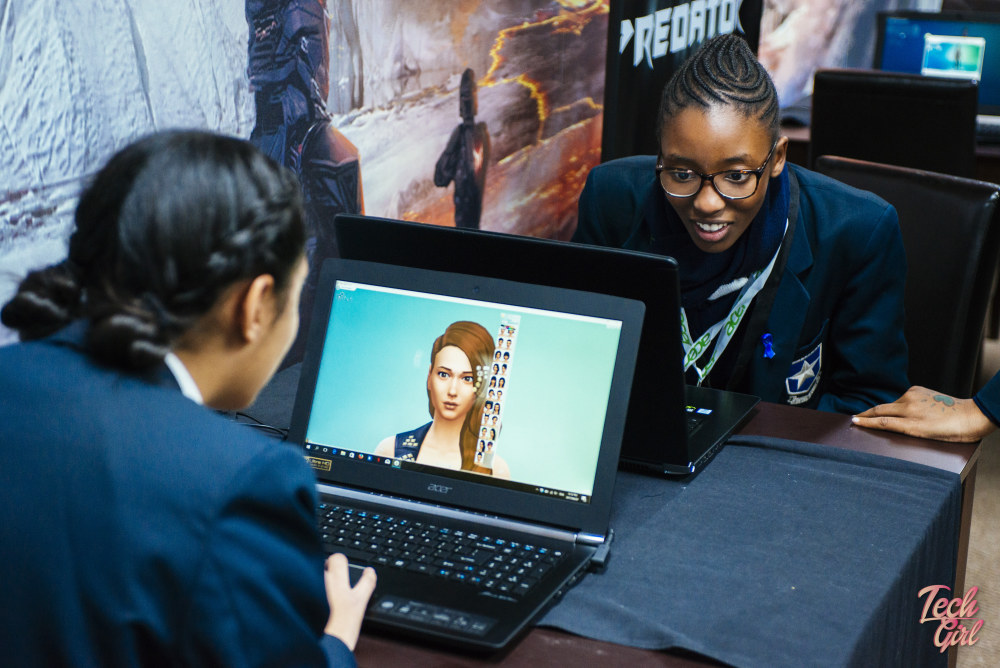 Charmaine works for Acer, who came onboard as the sponsor of the event. She is getting an individual thanks though because she had one meeting with me, heard my idea and let me run with it. I’m difficult to work with because I just want to go go go. I forget sometimes to include everyone in the process. Charmaine took this in her stride and anchored me when I needed or ran with me when it was time to sprint. Her drive to empower more girls to game is inspiring. 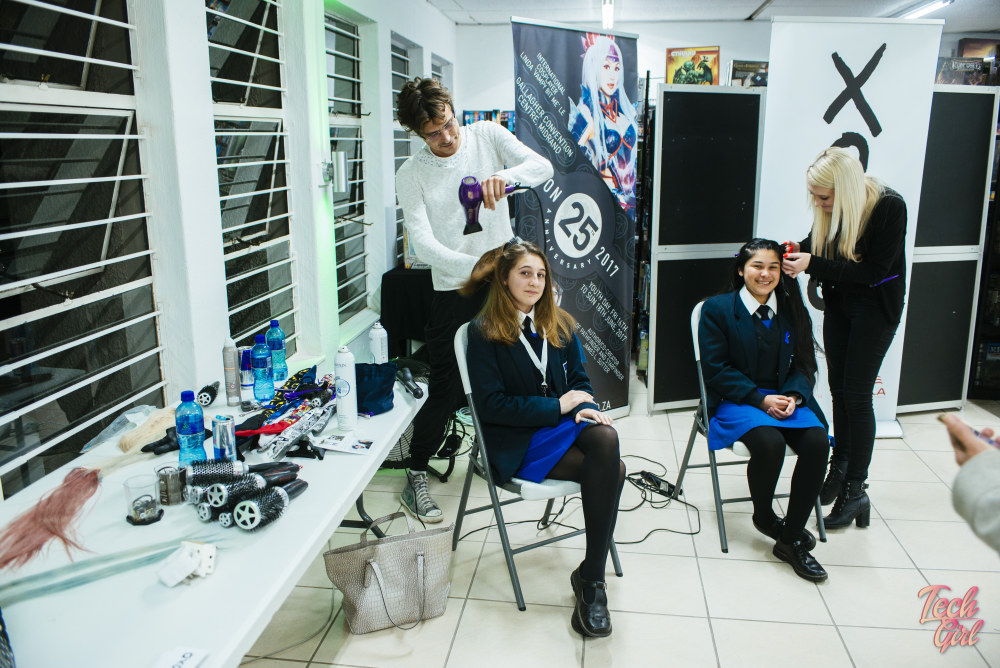 What you might not know is that 24 hours before the event I didn’t have a non-gaming station. The folks I chatted to pulled out last minute and I was panicking. I wanted to have something for people to do if they were a bit too nervous to game. I get my hair done at XOXO Hair Studio. They’re responsible for the change to blonde and I won’t trust anyone else with my hair. I was at the salon on the Tuesday morning freaking out and asked Nicho, my stylist, if he knew a make up artist who could potentially come and do make up. Immediately he said I shouldn’t worry and that XOXO would be there. They arrived and just did their magic. XOXO is full of extremely talented (and busy) stylists. The fact that they took the time to do this means so much to me. Pretty sure the ladies who had their hair done agree – they are the best in the biz! 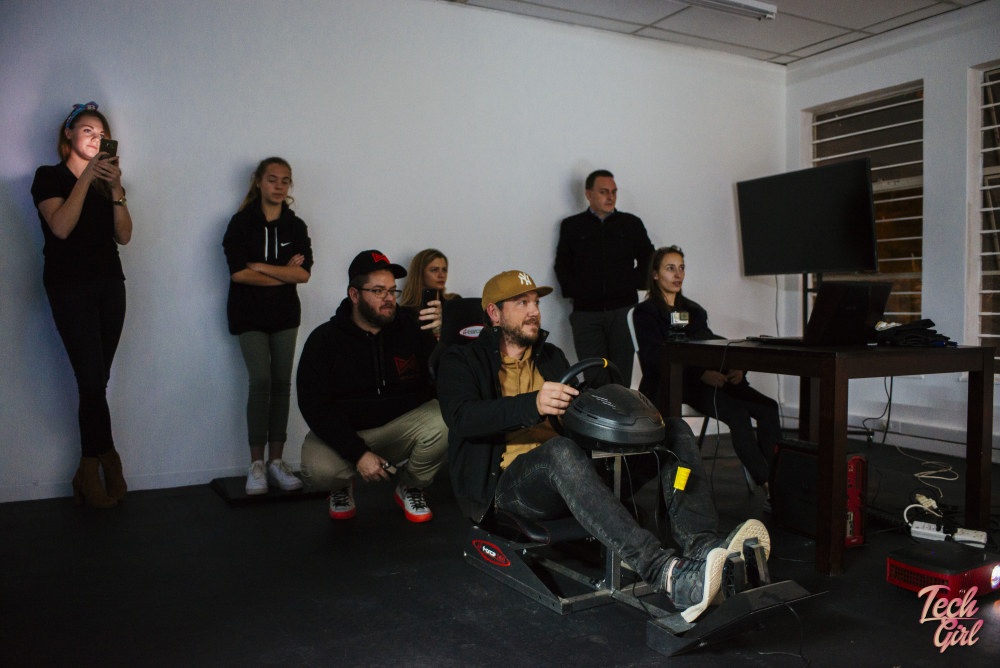 I really wanted an Esports presence at this event. When I reached out to the Esports MGOs, only 3 got back to me. I then didn’t follow up until I returned from Taiwan and by then it was too short notice to get the guys there. It was disappointing. Disappointing because I dropped the ball in chasing the guys but also disappointing in the completely dismissal response I received. But I won’t harp on the negative. To the likes of XTC and White Rabbit who really wanted to help but were stuck dealing with my bad time management – thank you. And, another big thank you to the gents at Mettlestate. Again, the day before I asked for support and they pitched up. Tiny, GeeMax, Anthrax and Rob Forbes THANK YOU! Also, my incredible producer at Mettlestate, Nico Nel, is responsible for most of the video content. He really is the most amazing creative mind and I can’t imagine working on this with anyone else. For coming through and representing. I’d also like to thank Taccor Gaming’s CoD team who flew in from around the country to come through, support and jam some games. You guys rock! 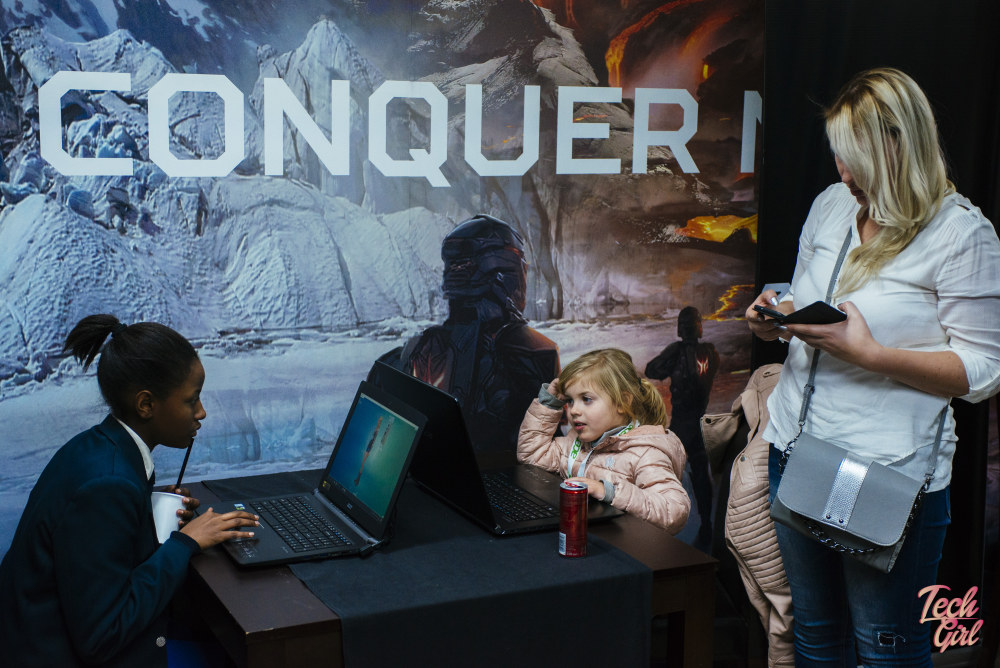 I’ve always prided myself on being open and honest about how and who I partner with as a content creator. I’ve tried to foster long term relationships with brands I believe in and love. These 6 are just some of those brands. I write for Red Bull and have, in some form or other, worked with Converse, GHD, Urban Decay and Dentyne. Razer sponsors my YouTube channel. Each and every single one of these brands didn’t hesitate when I asked them to help out with goodies for goodie bags and the like. Red Bull are such an amazing company to work for and sent their Wings ladies to help refresh the gamers on the evening while Razer is always just the absolute best. They constantly support all my crazy ideas. I’m so proud to scream these names from the roof top every time someone asks for a suggestion or referral. Their products are amazing but so are their cultures and it makes all the difference. 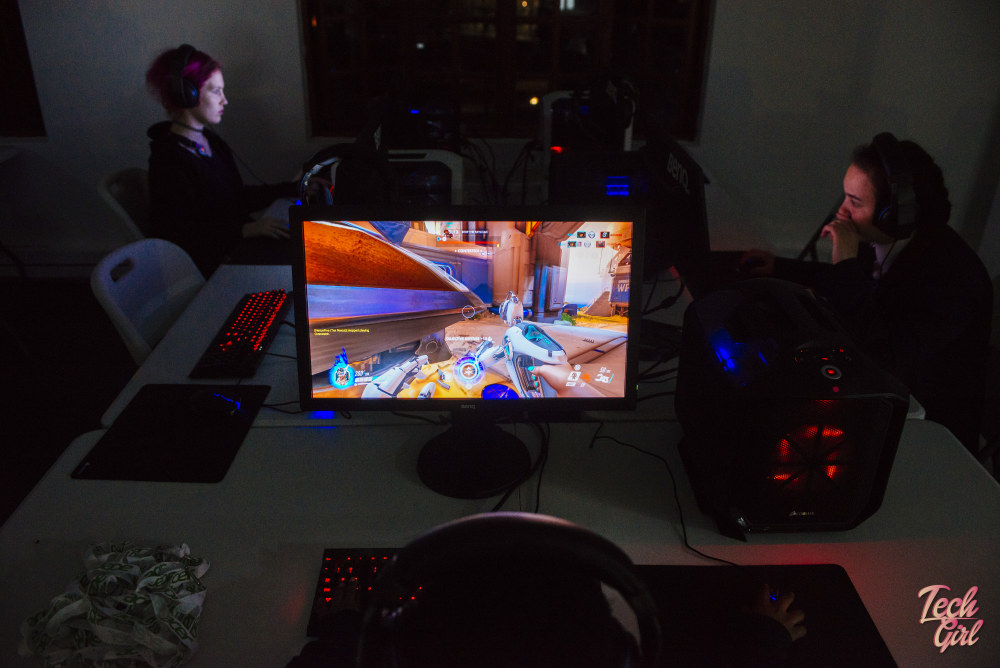 The only way this event could have happened was with the right games. Trying to get those games can be difficult but these incredible publishers came to the party. We had the most awesome selection of games on offer to the girls participating. The Sims was a HUGE hit as was Injustice 2. Everyone was going mad for those. LEGO Worlds, Rise of the Tomb Raider, Overwatch and Rocket League all got a little bit of love. CoD and CS:GO were also getting some attention. I was very specific about the games I wanted us to play and the other ladies were as well. I think we nailed the game selection. 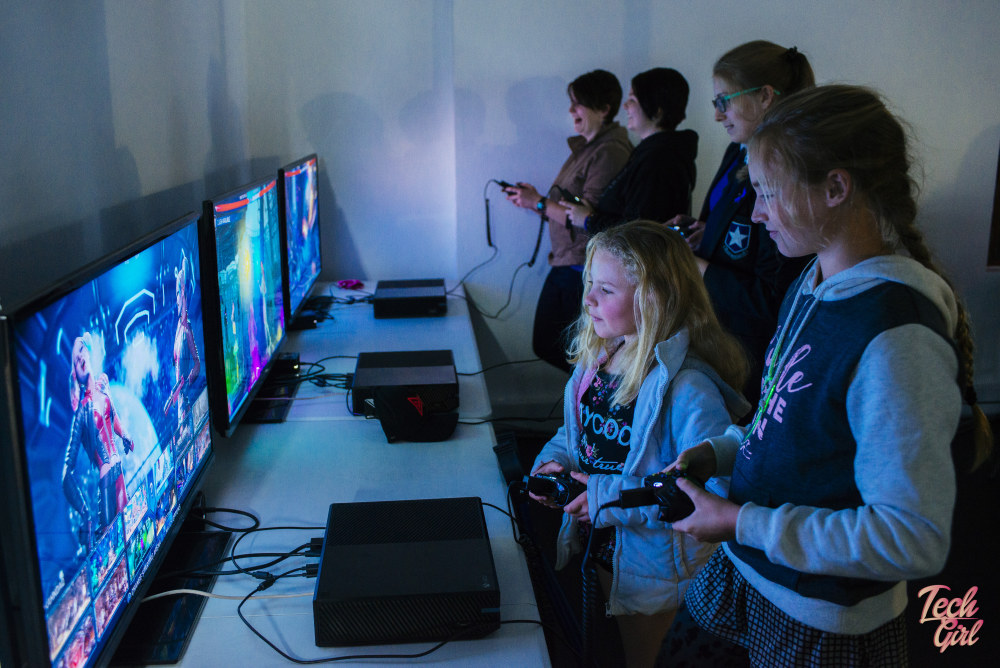 This blog has been going for little over 3 years now. It has grown as I have. There’s a YouTube channel, there’s my little Esports hosting gig and a stack of other stuff I decide to try. Every time you support it. You get behind it. It blows me away every damn time. So thank you!

To say thanks properly – I’ve got a really funky XBox One Controller (custom and sexy AF) as well as a copy of Rise of the Tomb Raider to give away to you. All you need to do is head on over to Facebook and share the official #AcerForGaming after video then drop a comment on this post to let me know you’ve done it. I’ll announce the winner at the end of the week (open to South African residents only).