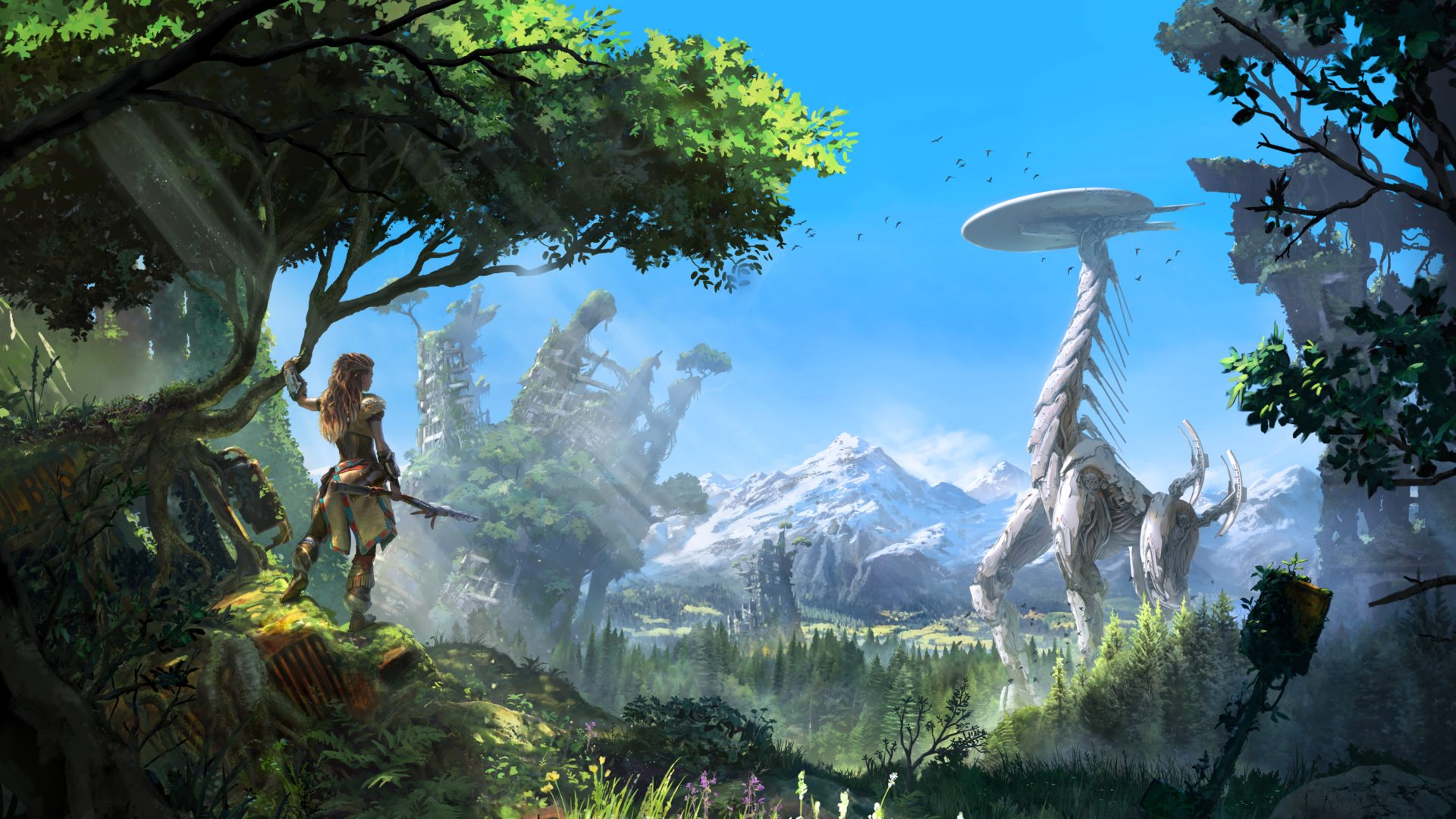 I am a millennial. There I’ve said it. I receive indescribable joy from getting excited about things that aren’t yet released. I don’t question it, I just know that’s how it is. Be it new products (looking at you new iPhone), TV Shows (Series Of Unfortunate Events) or Games, when it comes to things that I like I don’t just have a seat on the hype train, I’m right there at the front next to the conductor.

Now I’m well aware that over-hyping a game that’s not out yet is frowned upon in most of the gaming community, but it’s just one of those things that I can’t help. It’s not my fault that games have really taken a turn over the last two or so years, a turn that I enjoy immensely.

Most of that enjoyment I get comes from sharing my anticipation and excitement with friends, anyone who gets really excited will know that you can only truly enjoy your excitement to its full extent if you go out and share that joy that you feel with others.

So here’s my problem, I am in love with a game but it’s also December and that means I have limited people around me to listen to all my fan girl-ing. SO I have decided that I nominate you girls reading this to be my friends, there is also nothing you can do about it.  I’ve roped you in so you might as well just accept that we are now besties. 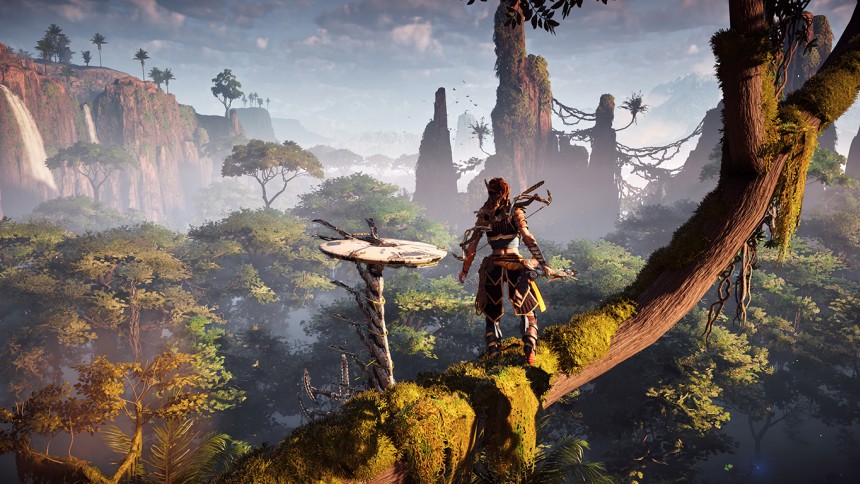 I remember watching the trailer for the very first time during the 2015 E3 announcements, and since then I’ve probably seen it a good few hundred times, It’s been featured at every major game convention or expo since and for good reason. The first glimpses of the game are totally jaw-dropping.

If you’re one of the unlucky, or lucky few (depending on how you look at it) who HAVEN’T yet had your mind completely blown by seeing the trailer, then here it is.  The very first trailer that came out for Horizon Zero Dawn.

Okay now that you are officially one of us, let’s go on.

What is Horizon Zero Dawn:

It’s an upcoming third-person action role-playing game brought to us by Guerrilla Games for the PlayStation 4, exclusively. You take control of Aloy, a hunter, as she journeys through a post-apocalyptic world overrun and ruled by robotic creatures known simply as “Machines”. Having been closed off from this harsh world her whole life, she sets out to discover and fight the dangers that kept her sheltered for so long.

The game features an open world environment to explore, your main story and countless side quests around the world. The world also features a weather system as well as a day-night cycle. 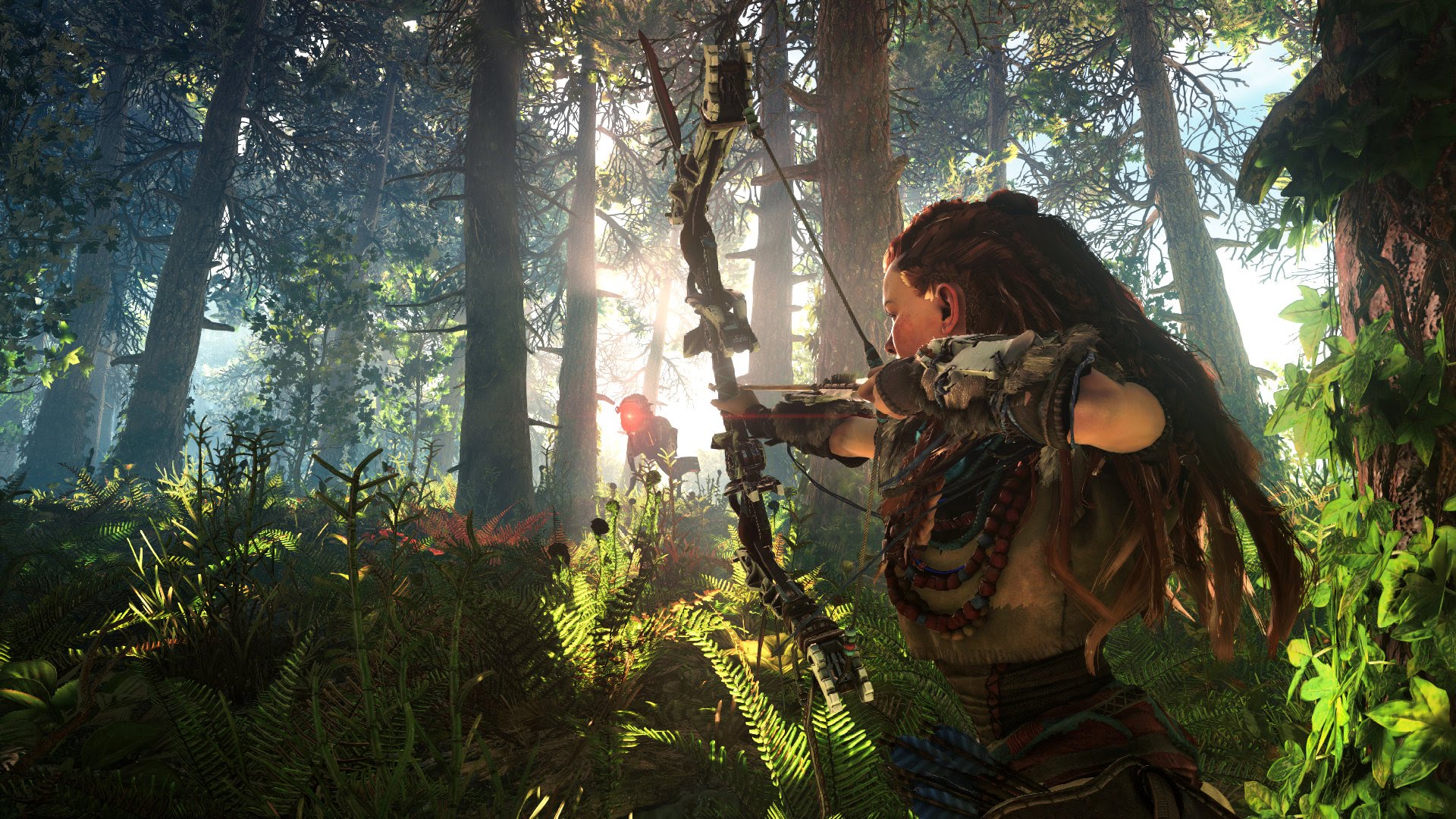 When is it coming out:

Development began in 2011. The developers emphasize the use of trial and error for playing the game by choosing not to include a tutorial system. Horizon Zero Dawn already won the award for Best Original Game at the Game Critics Awards in 2015 and again in 2016.

When the announcement came out for the now ‘almost available in South Africa’ PS4 Pro, Horizon Zero Dawn took the full opportunity to show off just how visually amazing their game actually is and the brand new potential of the more powerful hardware with a new 4K GAMEPLAY trailer.  Gameplay trailers are always my favorite because they show you what you can expect the actual game to look and feel like, instead of just the cinematics.

And it is just as glorious as you’d expect:

I honestly can’t wait for Horizon Zero Dawn, it has everything that I love in a game, good visuals, beautiful music and a strong, intriguing story.

I think it’s a game worthy of being on your radar and worth getting excited about.