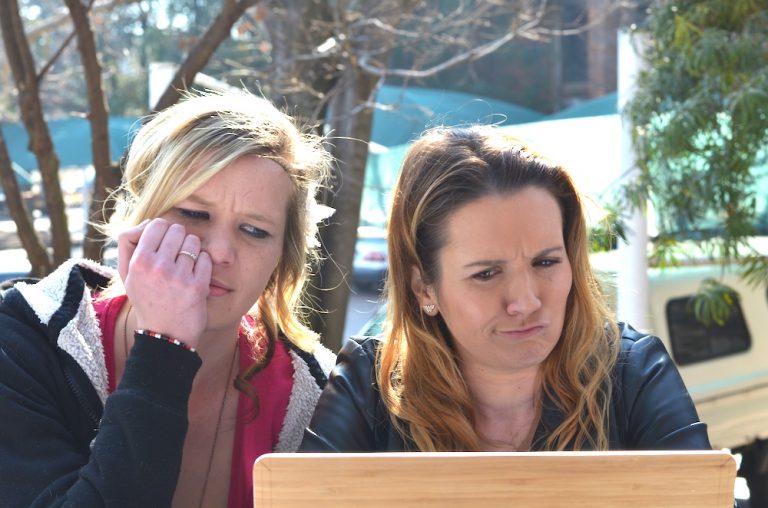 My brother plays Dota. Rather well I might add. However, I honestly know close to zero about the game. He tried to teach me once, it didn’t go well. Earlier this year I touched on the Telkom Masters Series, so even though Dota 2 isn’t exactly my game I used my Friday lunch break to visit the Telkom DGL Masters Dota 2 Tournament taking place at Ster Kinekor’s Johannesburg head office. I’m not going to bore you with the details but I ended up getting to hang out with the incredible humans who work tirelessly in production to make this happen – all the while hosting interviews with players, fans and local eSports talent for the Telkom DGL YouTube Channel and to be played between the games and during panel discussions.

I know nothing about Dota 2 but I walked away from the Telkom DGL Masters Dota 2 Competition with a new found respect for the game and the players.

Whenever I try convince people to get behind local eSports I try highlight the incredible community that makes this scene possible. There really are this group of passionate individuals who make the magic happen. Plus the rivalry is also pretty fun. I have the usual Tech Girl sillies coming during the course of the week. However, for now, I’ve chosen some of my favourite interviews from the Telkom DGL YouTube Page for you to watch.

Each one is below with a little explanation. Please, if you have a moment, give me some feedback in the comments below. How can I improve? What questions do you want asked? Hell, tell me if I suck. There might be a small possibility I get to do this again and I’d love to make sure you get something you want to watch.

This first video was filmed on Day 1 with my friend Barry ‘Anthrax’ Louzada. Anthrax doesn’t know anything about Dota 2 either so it was fun! Also, he is such a Bravado Gaming fan boy I had to call him out on it.

Talking about Bravado, a few weeks ago a rumour spread around the Dota 2 community that Bravado’s captain Doni had broken his headphones in a fit of rage when his team was beaten by White Rabbit Gaming. As the two were facing off in the grand final this past week it seemed only fitting to get some jabs in at Doni by asking White Rabbit Gaming’s captain Chidowi what he thought about that headset incident:

Of course, Doni was a sport and decided to sit down with me and finally answer questions around that broken headset. Incredible local caster Hellbird jumped in too. Without a doubt one of the best interviews I’ve got to do:

The final interview I wanted to share was possibly one of the hardest I’ve ever had to do. I knew that a few days prior to the Telkom DGL Masters Dota 2 Tournament, Damage Control player Liam ‘Pontofalax’ Lehle had passed away. I didn’t realise when the Damage Control player I was interviewing sat down that he was Liam’s brother. It was incredible to watch his strength as he went on to play to honour his brother:

Such a small little taste of a crazy weekend. The Telkom DGL YouTube Channel has a stack of videos from the weekend that you can watch here. The cinema experience was really rad and I think we’ll see a lot more of those set ups going forward. I got to work with an incredible group of people who were just awesome but a special shout out to Jon and Frank the Tank/Cameraman.

Bravado claimed the win and move in to the Finals at rAge winning both the CS:GO and Dota 2 Tournaments. It should be an exciting one to watch. Oh, and if you’re confused as to why there are no ridiculous Tech Girl videos from the competition…. they’re on their way.