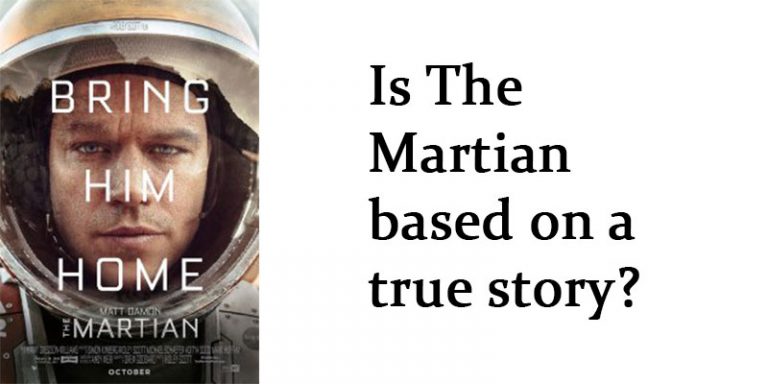 Is The Martian based on a true story?

The Martian, directed by Ridley Scott and starring Matt Damon, has caused quite a stir on the interwebs. But not in the way you think it would. Welcome to 2015 where stuff like this can happen.


This movie looks amazing and although the science is fairly acurate, some people actually think that this is based on a true story.

I suspect the confusion started when NASA tweeted this:

See some of our Mars Moments & how #TheMartian movie compares to our real #JourneyToMars: https://t.co/INhSFzy3ed pic.twitter.com/l8SpM8pld0

Buzzfeed reported that everyone from your significant other to your grandmother thought the movie was based on a true story. We all know someone like that. There is always one.

Genuinely bothered that my mom thought The Martian was a true story.

Some people are still trying to get over the fact that Matt Damon was the bad guy in Interstellar, and now they have to deal with the so-called reality of it all.

Oh, but it doesn’t stop there. This guy’s crowd funding campaign wants to bring Matt Damon home from Mars, which I think may be a huge spoiler alert.