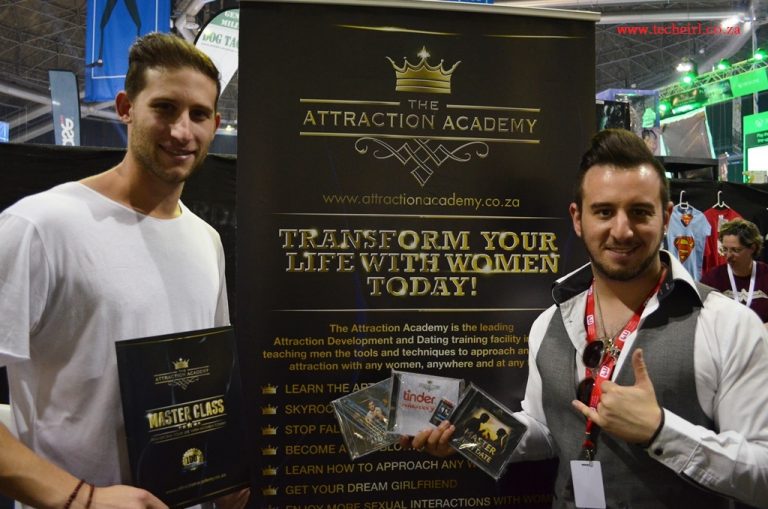 This past weekend was rAge 2015. It’s touted as the biggest gaming expo in Africa. I spent my Saturday pushing through the crowds to see what all the fuss was about. It’s a great excuse to hang out with gaming buddies, enjoy cosplay geniuses, play some games and generally have a good time.

And then The Attraction Academy happened. It started on the Friday when a friend of mine, Tracey Benson, found this: 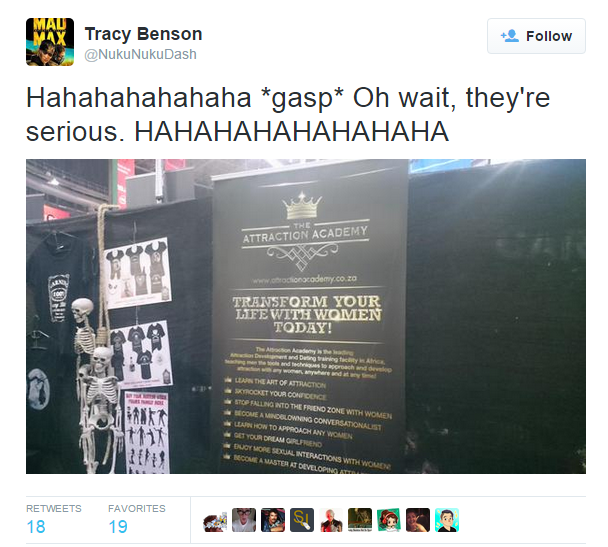 And then another community member hunted this down: 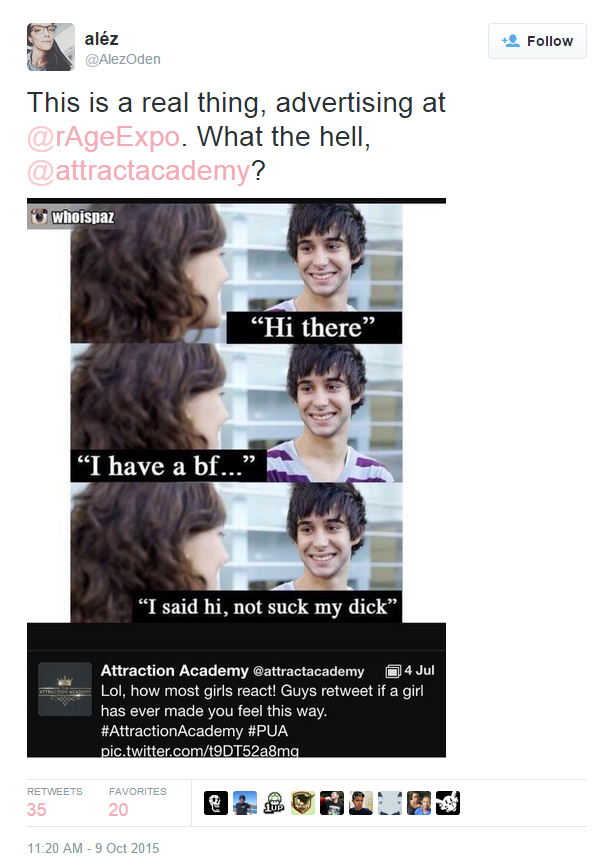 I went to rAge to have fun with my gaming friends and I walked away feeling rather upset that these men running this company infiltrated my community and made some gross generalisations about gamers. Zoe and I decided to podcast from rAge and actually interviewed the owner (the podcast is embedded below) and he offered up his view on gamers. Needless to say he had it INCREDIBLY wrong (about gamers and women).

Take a listen to The Cake is Lie and share your thoughts. It isn’t all Attraction Academy. We had a great opportunity to chat to The Division’s community developer, Hamish Bode from Ubisoft Massive. Zoe shared some views about Assassin’s Creed Syndicate. We also spoke to a local game developer about his game Stasis and the R1.5 million he made on Kickstarter to get it developed!

While hanging at rAge 2015 I created a Snapchat story highlighting the fun stuff. Even though its 24 hours is up I’ve loaded it up to Tumblr so you can check it out in case you missed it (or don’t have Snapchat… but WHY?!).

I also photographed a stack of friends and Tech Girls at the event. If you want to find yourself then the album is on our Tech Girl Facebook page.