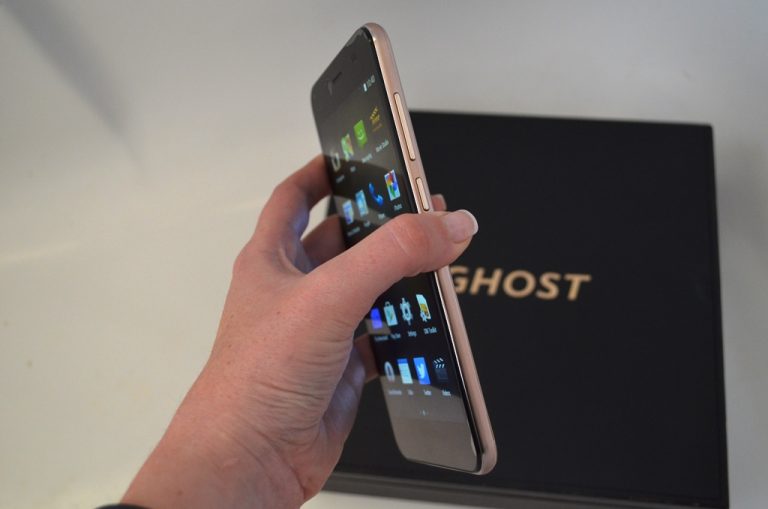 All that glitters is not gold | AG Ghost Review

You’ll remember that I unboxed the AG Ghost for Digital Custard sometime in June and, unfortunately (or fortunately) I’m going to focus a bit on the box here… again. It is fancy like. Don’t expect a mere cubed piece of cardboard that can be tossed once you’ve pried out the phone. Oh no, the AG Ghost comes in a fake black leather box with gold stitching that is fancier then my jewelry and make-up boxes combined. 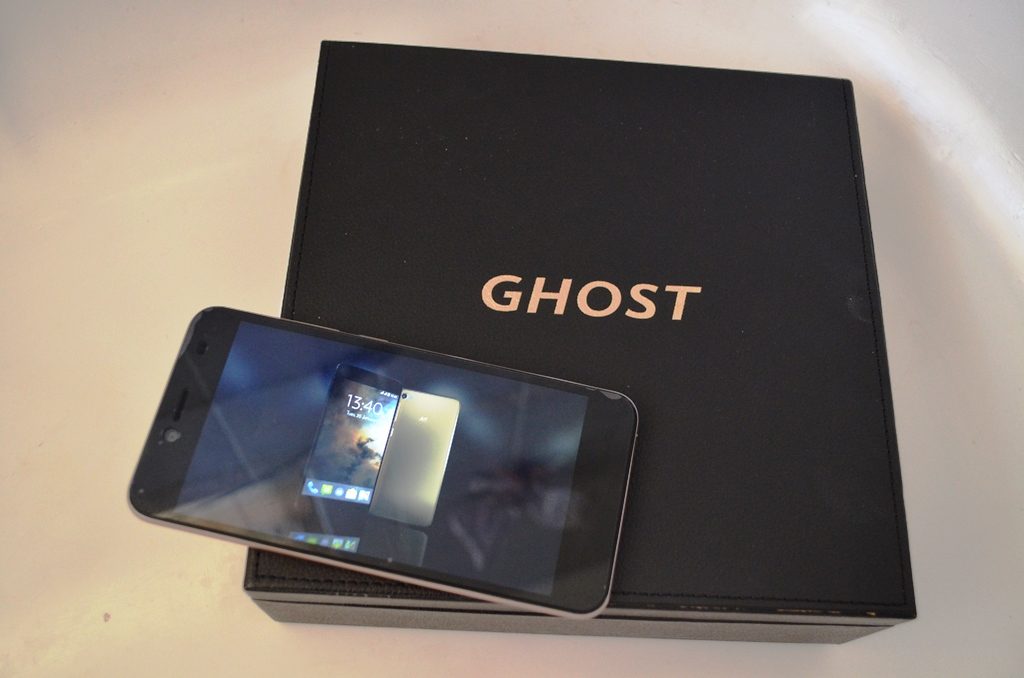 There’s a lot of gold and, usually, that appeals to the secret bling lover in me. Gold has, in the past, had an association with expensive and premium. However, that gold trim is pretty much on everything from this point on and I do wonder if they banged it on to try fool our subconscious in to the premium mind-set. They’ve taken that “expensive” thing a whole lot further by including a Black warranty card (embossed with gold lettering, of course) which you could easily slip in to your purse in an effort to pretend you actually own a black credit card (that means rich right?). 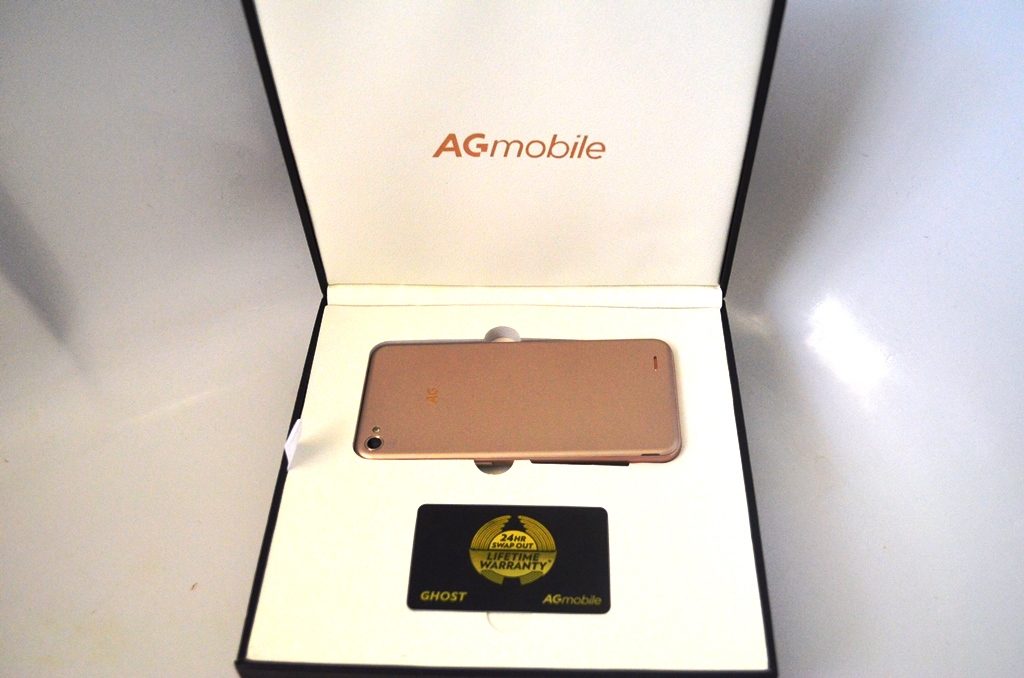 The card gives the owner of the AG Ghost a “lifetime” warranty with a 24 hour swap out guarantee. I’d suggest you keep this card on your person at all times. You’ll likely need it.

The warranty means AG Mobile will replace the phone at no charge for its “lifetime” and 3 years after it’s discontinued. The warranty also includes the replacement of two cracked screens. When Digital Custard rang the 24 hour call centre back in July the number didn’t exist. It does now. In case you were wondering, because I was.

Wondering about the phone? 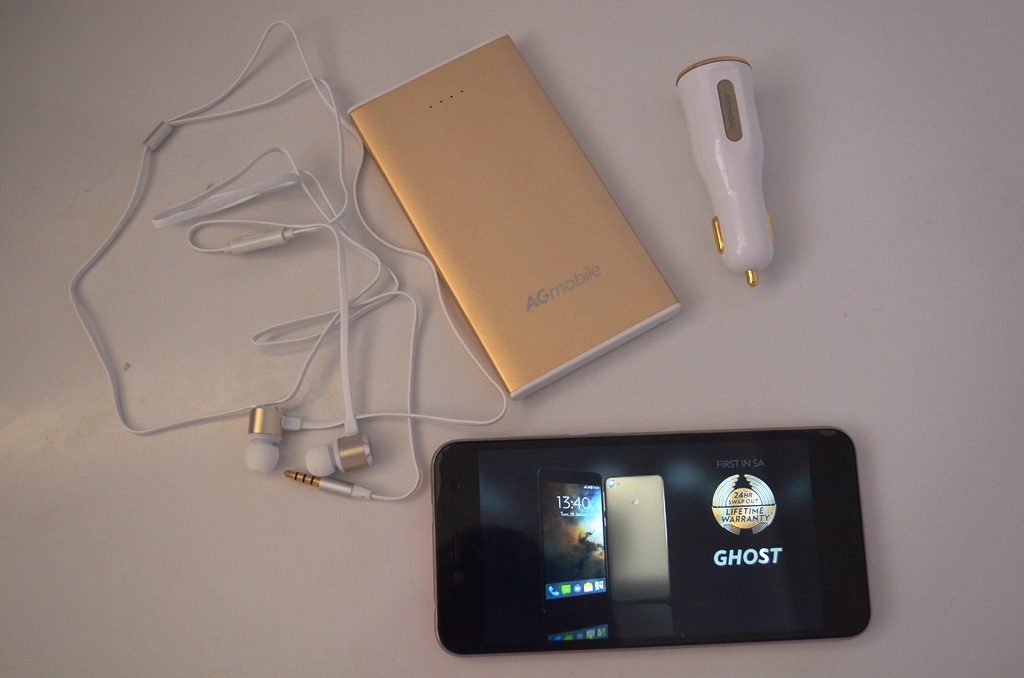 Keep wondering. I’m going to go on about the box a bit more. Once you lift the first layer of squishy *insert whatever material they use to make packaging * covering you’ll find a host of added extras (all trimmed in gold of course). I was impressed. The phone comes with a Rose Gold cover (word of warning, I broke a nail trying to get that bugger out) and screen protectors tucked in a black (embossed with gold) sleeve. There’s a classy looking set of headphones, two pin charger, 2 USB to micro USB Cables (one long and one short) and a car charger as well as a power bank (again, with gold trimming). I liked that the extra cables were flat as opposed to the typical cylindrical shape. I think they look better. Also, they weren’t gold. 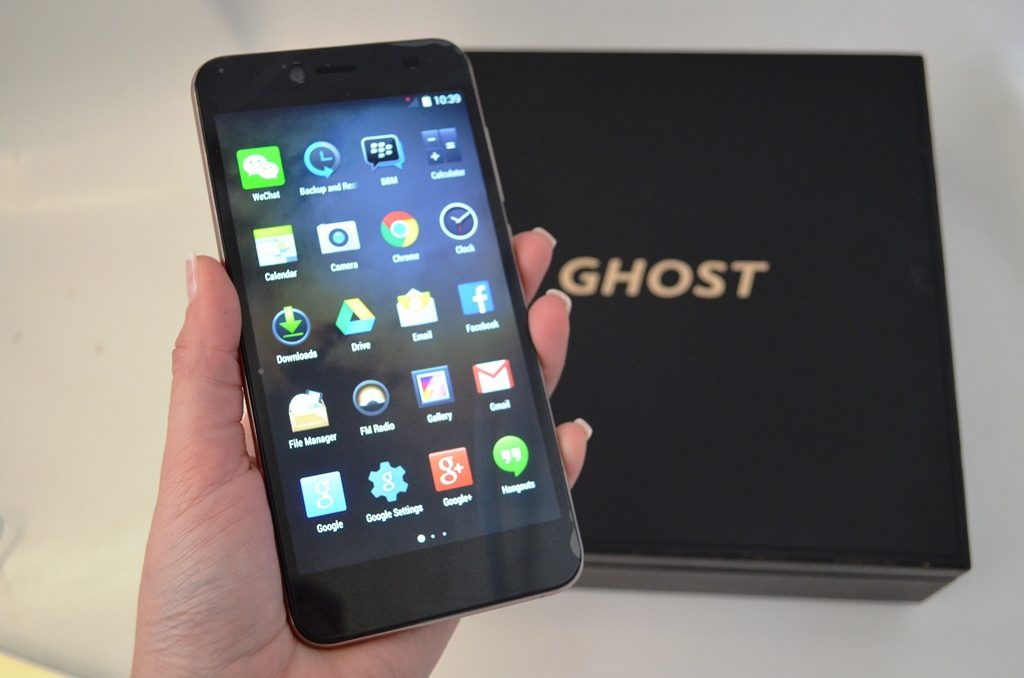 And then we have the phone. It looks plastic. It feels plastic. It is plastic. The screen quality is smudgy and dusty at best. The touch sensor is remarkably unresponsive. Something as simple as the vibrate option on the phone just feels off. I originally thought the speaker on the review phone was broken but it turns out, that’s the sound quality. It sounds muffled and faulty. Maybe it was.

The camera is respectable. Your pictures won’t look great on the Ghost’s screen but if you pull them to your computer you won’t be disappointed. The possible saving feature of the Ghost is that it runs stock Android. No bloatware. However, it is a bit sluggish in day to day use.

I wanted to love this phone. I wanted it to be the cheap phone that rocked the local market and convinced others to drop their silly phone prices. While the extras are fab the bottom line is we have a fancy box filled with add-ons and a less than great phone. For roughly R5000 forgo the car charger and power bank and buy something you might still want in a year. There are super phones in this price bracket. I don’t think the Ghost is one of them.

Disclaimer: I was sent a review unit of the AG Ghost. 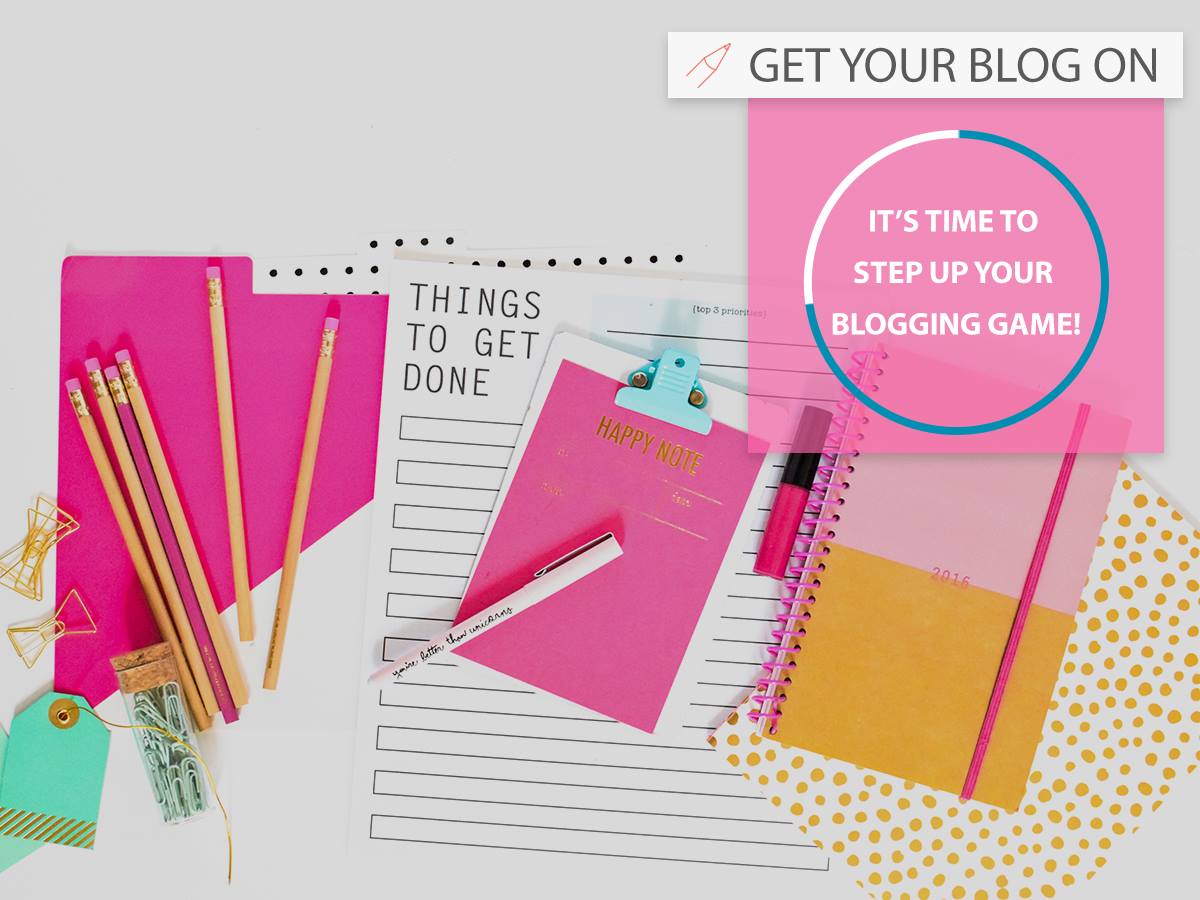 Joburg bloggers it is time to get your blog on!