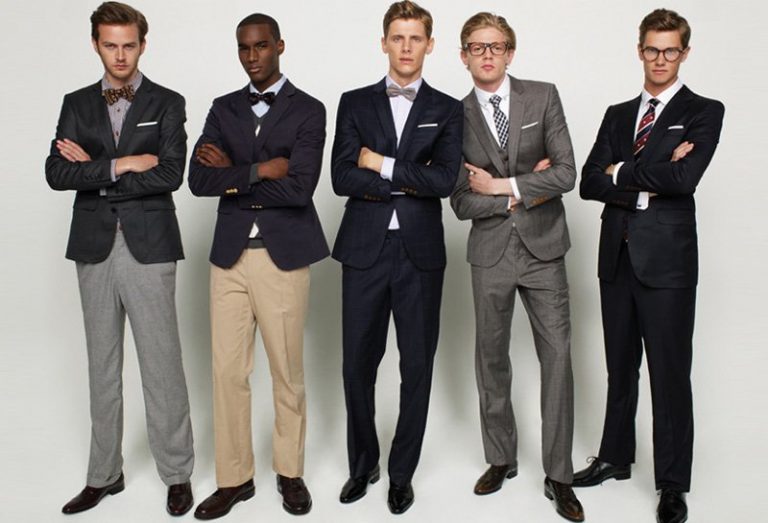 Where were the women MTN?

Last week, 14 August, the 2014 MTN Business App of the Year Awards ceremony was held in Melrose Arch, Johannesburg. According to the website for the awards, the ceremony:

Will showcase locally developed applications that have made a positive and lasting impact on consumers during the last 12 months.

Great. So, here’s what I think a judge for these awards should look like:

Now, don’t get me wrong, this is not an attack on the judges of these awards. They’re all men that I look up to and respect (the judges were Toby Shapshak, Kojo Baffoe, Jonathan Hoehler, Max Stone and Aki Anastasiou). They’re leaders in their field BUT, the MTN App Awards judges were 4 white men and a black man. Here’s some food for thought. According to Census 2011 Data from Statistics South Africa:

My point? Surely, if we’re judging apps for the consumer we need to have judges that reflect that consumer market. Because you know what? A white man does not look at a product the same way a black man does. Their cultures and histories are fundamentally different. Period. Women utilise tech in a completely different manner to men. Hell, this blog is proof of that. Ask a woman what she wants out of a phone and she focuses on different aspects to a man. And no, it’s not always “is it pink“. Women look for function and technology that generally simplifies their life. Their buying patterns are different.

While the majority of the country’s population may live below the breadline, you cannot tell me that white men over 35 are the largest consumers of mobile apps in South Africa. I’ll be honest and say that I haven’t researched this point, so if I’m wrong then please, send me the data.

You’re likely reading this and thinking a few things: maybe you’re nodding your head. Maybe you’re thinking that colour and gender don’t matter and shouldn’t be a deciding factor in the work place (or judging panel). Maybe you’re right.

Still, I think the consumer would be much more likely to buy into a concept like “MTN Business App of the Year Awards” if the judging panel represented them better (i.e. more women and more people of colour).

I took this up with MTN… The response made me laugh more than anything, but it also showed the huge issue in South Africa when it comes to women in tech. 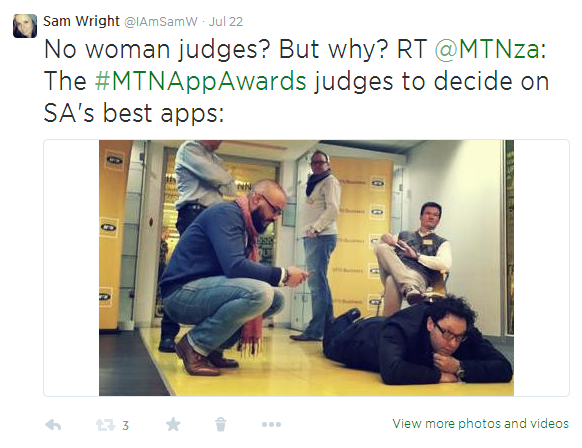 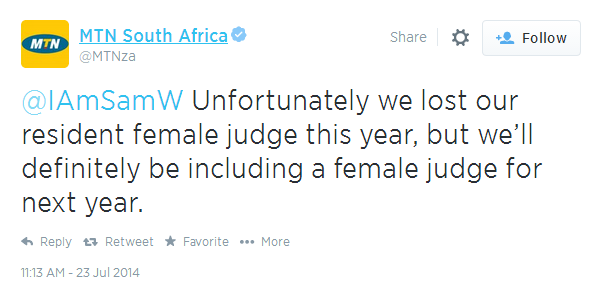 That’s right. There is only one woman in the whole of Johannesburg capable of doing the judging job. Because clearly we must have a shortage of women in tech. OFF THE TOP OF MY HEAD:

And there are many more. Why weren’t they contacted to replace Melissa on the panel? Seems I wasn’t the only one with this thought. This was a tweet posted during the event: 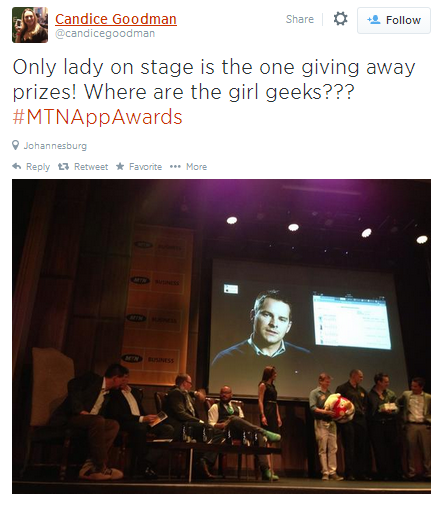 So, again I ask, where were the women MTN?