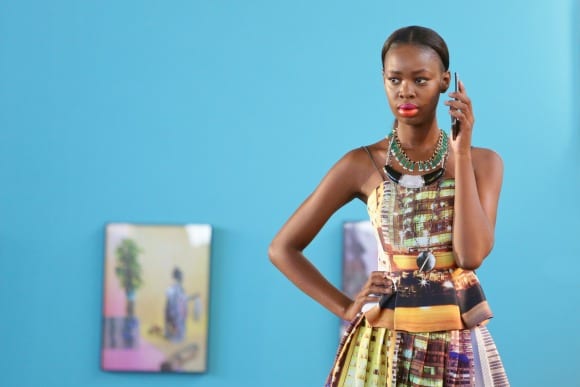 The GFlex looks very different to other smartphones… and it is different (not just because it is curved to fit the shape of your face). Despite only launching in SA in May it has already won a host of design and innovation awards so it makes sense that LG decided to pair up with local fashion designers and showcase their new offering on Sunday the 23rd of May at the Museum of African Design (MoAD). 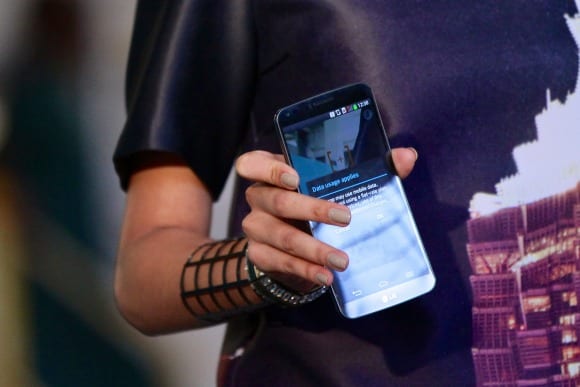 The idea of incorporating a phone into a fashion show isn’t a new one. Burberry partnered up with Apple to shoot video and capture images during their Spring/Summer 2014 show and Samsung has sponsored a few runways. LG did minimalist branding in an interesting space and simply accessorised models with the phone. Jen Su, the MC, mentioned some of the phone’s unique specs and features but for the most part the technology wasn’t pushed down our throats. The public were also granted free access. Considering the location is a central Sunday hot spot for the hip and happening, foot traffic into the venue was considerably high and I spotted a few friends who had just popped past to see what the fuss was about.

The GFlex’s pairing with fashion makes sense. Trudi Smith, the Marketing & GTM Manager for LG’s mobile communications told me the phone is “all about design”. She said the product development process took 3 years and 300 prototypes before they got it right. And they definitely did, the GFlex has a remarkable curved body and Smith says the team were aiming for more screen with less phone.

The one design element I really love though? The back of the phone is manufactured from a self-healing polymer, similar to the technology used in the vehicle manufacturing industry. What this means is that if you pop the phone into your handbag and the back gets scratched by your keys or purse, it will be able to heal itself as the polymer works as a shock absorber, which is a rather clever bit of design.

The fashion designers on the day were incredible. Despite my tom boy tendencies I’ve always promised myself that when I’m making enough money to be a lady who lunches I’m going to pay Klûk CGDT to dress me. He definitely didn’t disappoint. I love how elegant his designs are and how his cuts can suit any woman’s body.

Loin Cloth & Ashes also sent garments down the runway and plonked all their models in sneakers. Considering the start of the runway consisted of scaffolding I liked this idea. It was an elegant and fun afternoon in a trendy setting. I think those three words are the very adjectives LG wants associated with the new GFlex offering and I’m hoping it delivers on them too! 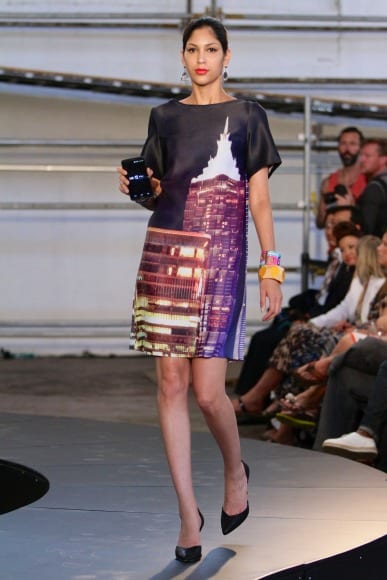