The Sims 4 Just Got A Major Skin Tone Update

Simmers have been asking The Sims 4 for more skin tones in the game since it launched in 2014, particularly for the representation of POC within the game.

As the years have passed, the community became louder and louder about their demands for better inclusion and representation – to allow all players to be able to create sims they can identify with.

In September, The Sims released a blog post outlining their plans for a skin tone update in November and December of 2020. About a month later, The Sims announced that their skin tone update would introduce sliders to the game to allow players full customisation of their sims. Over and above that, sliders would also be introduced to the makeup, breaking the makeup into hue, saturation, opacity, and brightness to tailor your looks to best suit their skin tone.

My First Look At The Sliders

The updates mentioned above released earlier than expected this week, and have received a positive response from the community as a whole.

The new tones have been divided up into “warm”, “neutral” and “cool” sections, with each section boasting 45 customisable tones in each category. The best part? You are able to save your custom skin tones and add them to your skin tone pallet for future use!

There are more tones in one category now than there were in the entire skin tone selection before this update – you love to see it!

Leading up to the slider update, The Sims had been rolling out smaller changes to how the skin textures rendered in the game to try to solve the artifacting and blotches that were currently found in the game – especially in Live Mode. After the slider update, it seems these issues are all fixed on PC (at least from my experience) but are still very present on the console versions of the game. 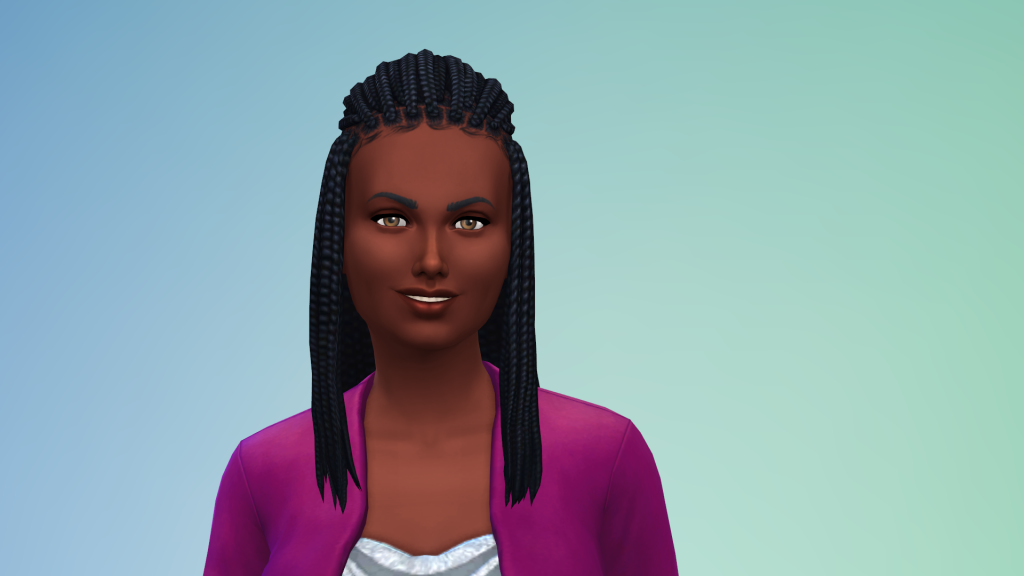 Skin Tones weren’t the only focus of these representation updates over the last few months.

Some of the base game hairstyles received texture overhauls to display better.

The Sims worked with consultants for this update, including prominent creators (and Game Changers) Mia Zaff, EbonixSims, Rao, Xmiramira, and CatherineGames. I love the idea of The Sims reaching out to creators and community members for help and input on updates – we saw something similar with the release of Snowy Escape, where The Sims had prominent Sims creators create the builds that shipped with the game.

I love this update. And I love that the community, from what I’ve seen, is happy with the solution. I said earlier in the year that I’d hate EA/The Sims to make a big noise about improving the skin tones and then not deliver, but I truly believe they have delivered. These sliders, skin tone options and more should have been included in the original game, but it’s better late than never I guess. I only wish that the same smoothness for the Live Mode skin tones could be seen on the console versions of the game, but this update is a great step in the right direction.