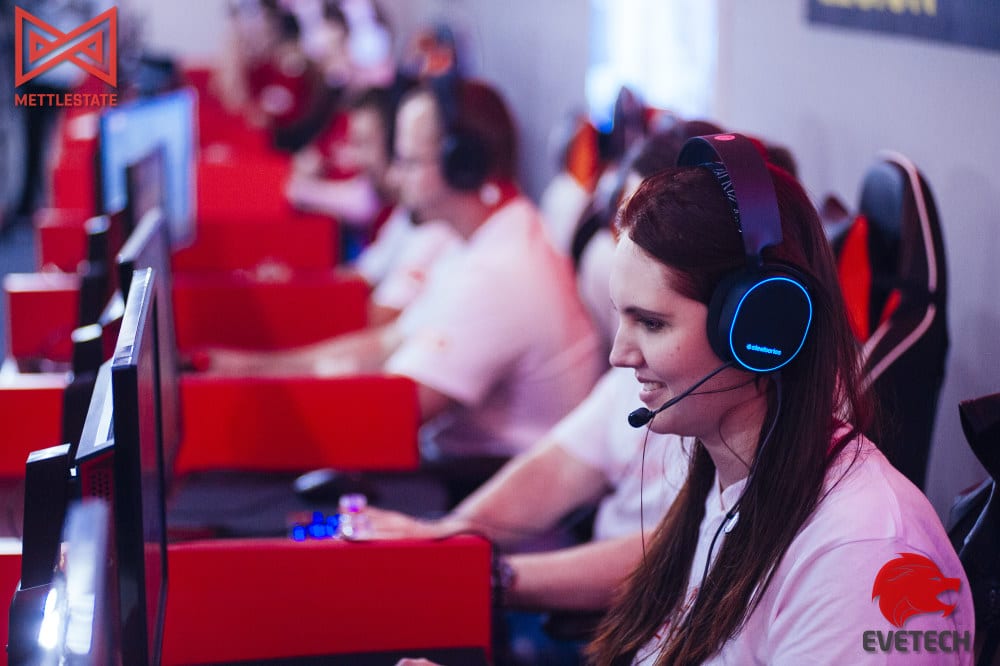 How #JoinTheLegion reignited my love for South African esports

Real talk time: leading up to rAge 2017 I was fed up with South African esports. It might have been that an impossible to juggle schedule and chaotic year had finally taken its toll, but I’d had enough. Close on two years ago I wrote a blog post declaring that I’d use my small platforms to better highlight a local scene I loved and I went on to do just that. But with it I opened myself up to a type of scrutiny I did not anticipate. In the past two years I like to think I’ve done exactly what I said I’d do and more. I’ve consistently produced content to try educate and entertain you about South African Esports while also facilitating introductions between brands and teams for sponsorships (some of which have come to fruition), introducing brands to Esports initiatives they could get behind, helping new players and broadcasters get started in the scene and generally trying to do my bit to help us grow. Almost of all of this has been done at my own expense: I didn’t make money from team sponsorships or the like. 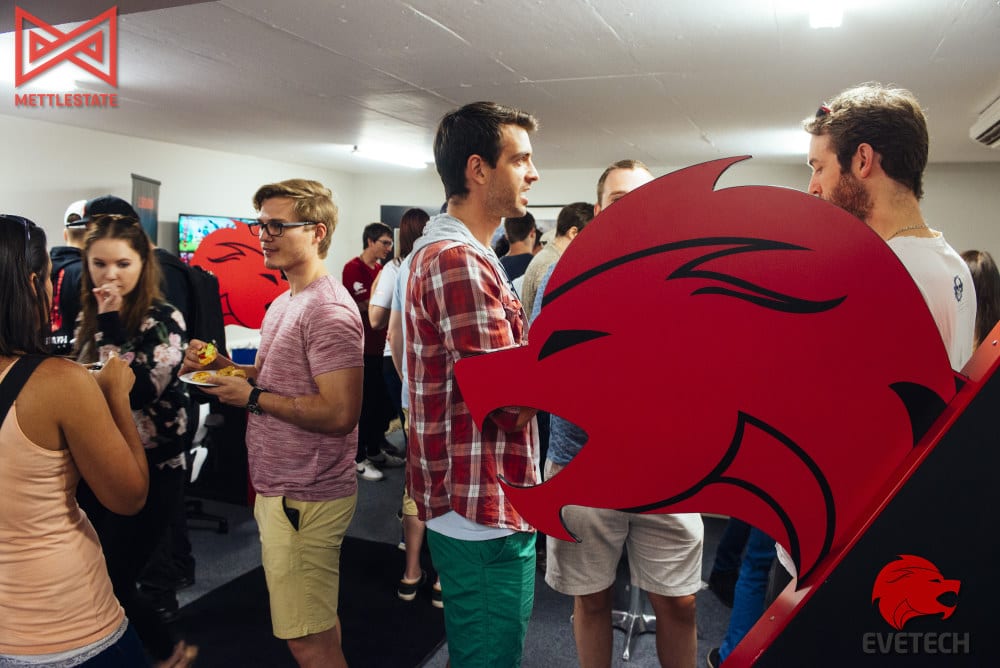 But I did fall into Esports broadcasting which meant every so often I’d make some extra cash. I love what I do and consistently work on improving and being better. Not because I want some silly spotlight but because I truly believe a good broadcast or show assists in growing Esports in this country, I wanted to be apart of that show and the broadcast team. I’ve gone on to be able to travel overseas to host Esports events and later today get to announce another trip across the pond to do just that. But unfortunately when you stand up on stage or look into a camera you put yourself out there for public scrutiny.

And in recent months I’ve not handled it well. 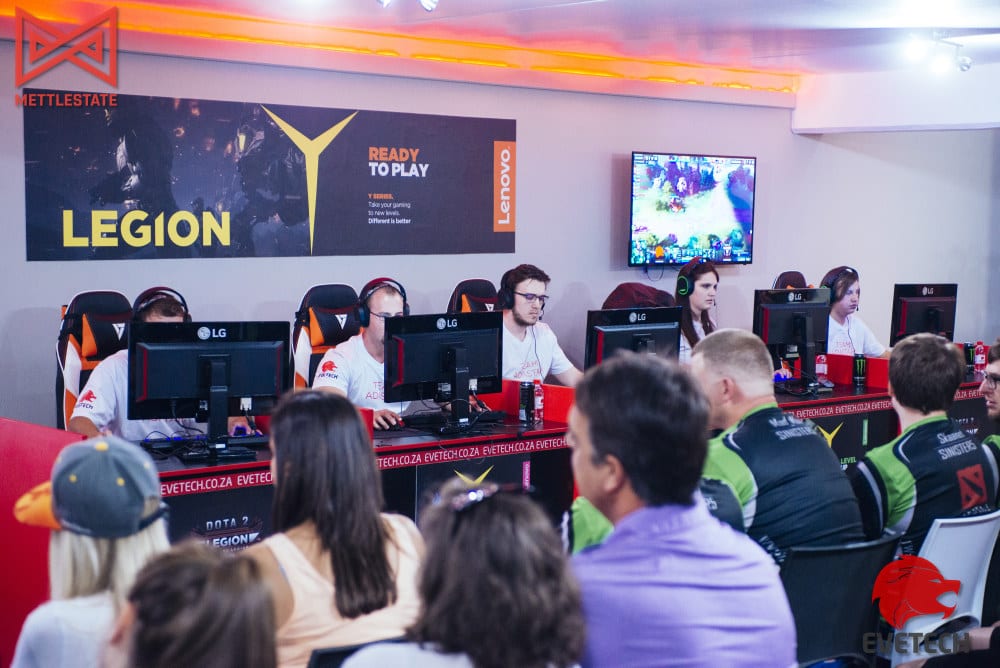 Just before rAge I was hounded by a Twitter troll. Said troll had been around for awhile, every so often dropping cruel tweets in reply to something I’d posted. I blocked the troll. But leading up to rAge said troll posted a rather harsh tweet in response to someone searching for females working in Esports. It said, in no uncertain terms, that my Esports strategy was to sleep with every single person in South African Esports to further my own career. Within minutes many friends and strangers tweeted out in response to the troll calling the account out for its blatant sexist and harassing behaviour. The account was reported and subsequently shut down.

It didn’t end there. 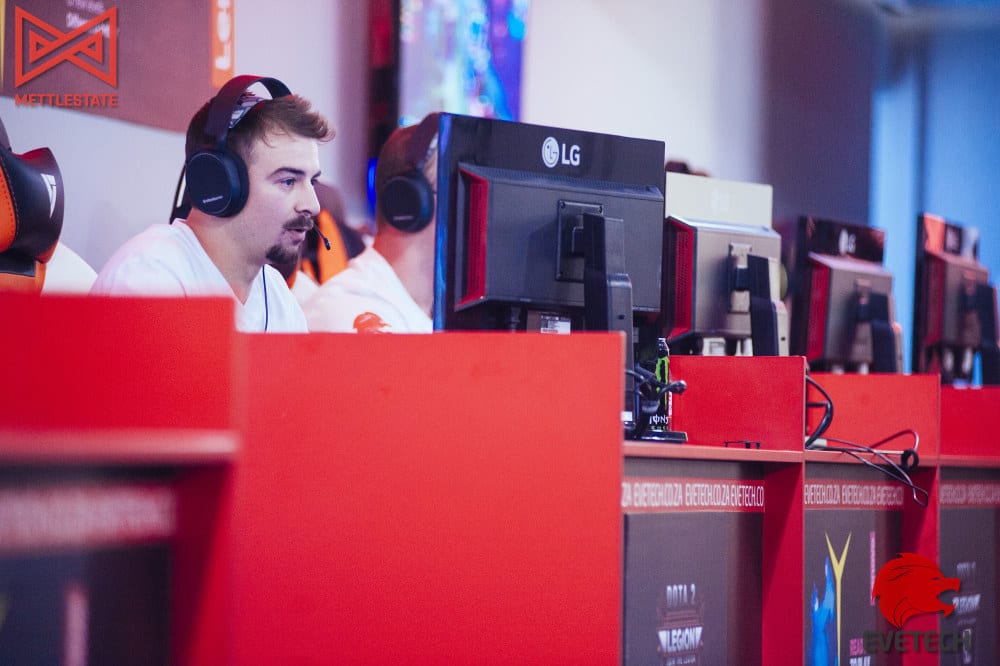 From then on I started to hear rumours and was contacted by others in the local scene telling me about one individual who sat in meetings, private whats app groups and various other social situations declaring that I had only got job x because I’d slept with the organiser. I’m still not sure if the troll and this were linked or if the troll just allowed the gates to open. Every week I heard another story, allegedly relayed by this man, of another sexual relationship I’d had with yet another tournament organiser, business owner or brand representative. My brother was even privy to these shared conversations. It became almost unbearable. I chose to take the high ground, knowing that these accusations were false, and ignored it. I’m yet to confront the individual concerned because, if I’m honest, I just didn’t want him to have the satisfaction of knowing how deeply he had got to me. How much he had broken my spirit. It weighed on me, heavily. I became despondent. I didn’t understand why the people telling me about these conversations weren’t telling me how they called the individual out. I couldn’t understand why they just seemed to sit quietly as he spewed vicious lies. I started to doubt myself. Was this the image I was portraying? What was the point of all the hours I was putting in? Maybe I just wasn’t cut out to handle or do this. I spent hours pouring over my past jobs and noting every single thing I was doing wrong. I became fixated on how awful I was when in front of a camera or hosting. Every mistake I made I’d spend days focusing on. It became all encompassing.

I began to feel like rather than changing and growing an industry for the better, as was my initial goal, I’d just become another cog in the wheel of a scene stuck in a bubble. I was so obsessed with all the things I was doing wrong that I didn’t realise that instead of focusing on my initial goal: to build SA Esports, I’d become focused on me… and not in a good way.

I was tired. I was frustrated. I lost my spark. I was negative, bitter and started to feel like this was “just a job” I needed to do.

That changed this past weekend. 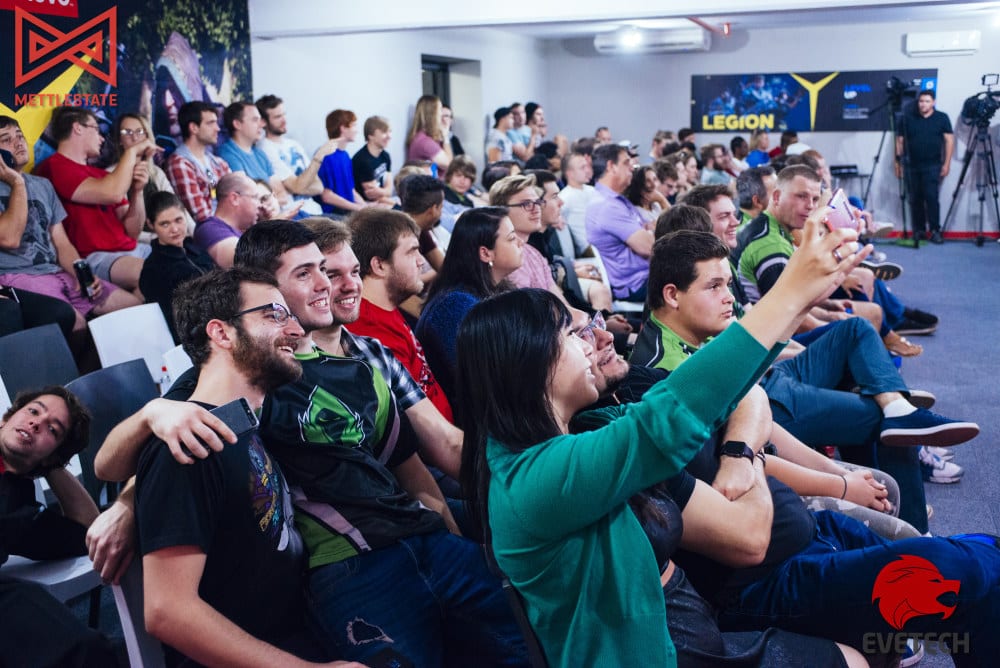 #JoinTheLegion started as an idea a few months ago. Local Dota 2 personality Kaameel Chicktay mentioned an idea he had to me that he thought would help boost Dota. It was a good idea but I thought it needed some tweaking to truly get the legs it needed. I headed to Germany to host at Gamescom a week later and the idea played on my mind for most of my trip. I returned, sat down with Anthrax from Mettlestate and plotted it out on paper. We approached Evetech with the idea and they showed it to their partner, Lenovo. Very quickly it was signed off and we were told we had less than a month to make it happen.

#JoinTheLegion was a Dota 2 invitational. Two professional Dota 2 players would captain two teams of “casual” players who would enter to compete with them. The teams would play one match in front of a live studio audience and that match would be shoutcasted (commentated) on in a way that someone who had never watched Dota could learn from and understand. The budget was tight, but somehow it came to be. I’m not going to go in to the great success that the event was, the incredible response from media or the general excitement the audience and live stream seemed to have. I’m going to chat about the way so many community members reminded me why I love South African Esports so much. 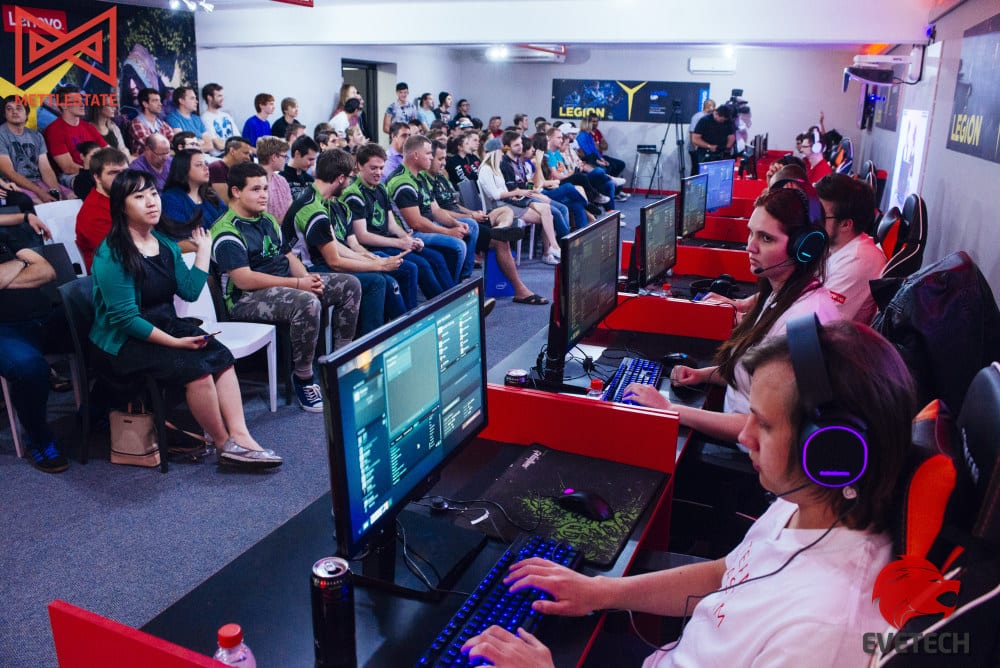 When we began to debate who the pro players should be for this competition I knew I wanted Adastam. He was a player I had dealt with for years and someone I felt really understood how important public interaction was to grow the title. He is also a hell of a nice guy and easy to talk to (as well as a bloody good Dota 2 player). He also happened to be part of an MGO who I felt would understand and support the idea we had. Sinister 5’s online marketing and general interaction with their fans has always impressed me. I wanted Adastam but I also knew there was zero budget allocation to fly him up to Pretoria (which is where the event was taking place – Adastam lives in Cape Town). Despite this, Ivo, the MGO owner immediately said he’d fly Adastam up when I told him the idea. Not only did he get Adastam to Johannesburg, but he arrived at the event with the clan in tow, all in their shirts, ready to support. The other pro player, Stickalish, showed the same sort of support. Goliath Gaming hyped the event more than I could have expected and even gave away a prize to the audience on the day of the event. A prize financed from their own pocket. 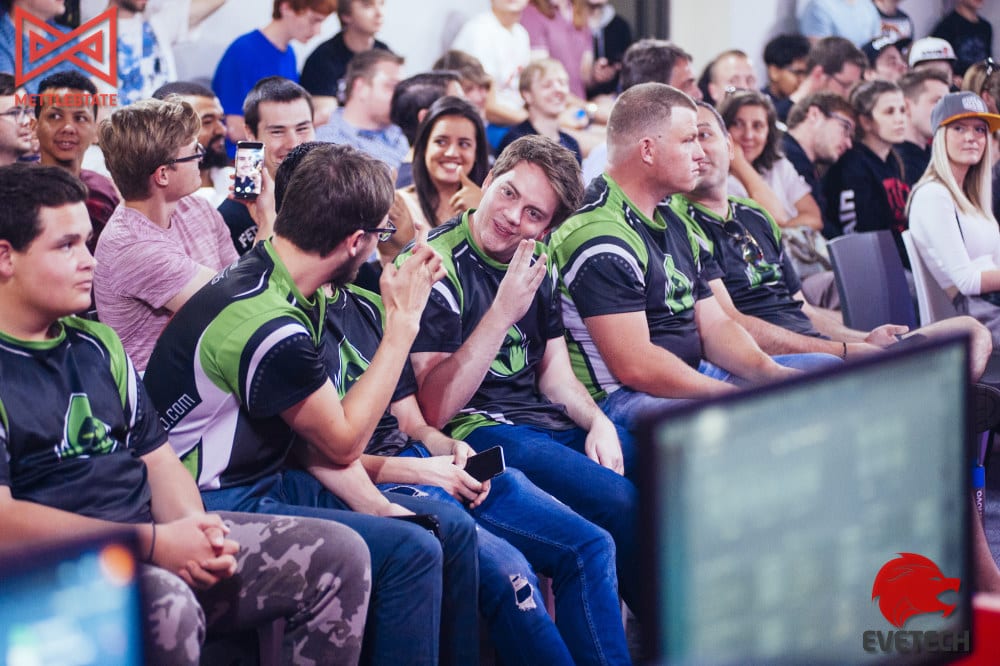 Over and above that, having a chance to deal with the competition winners who were to play in the show match made me so incredibly happy. The players were so excited and ready to give a good show. The media in attendance was phenomenal and even though, for many of them, this was their first introduction to Esports, they immediately got excited and supportive. By the time the game started every piece of me was positive and excited for the future of South African Esports. Watching Kaameel at the casting desk, knowing that his passion had inspired mine, allowing us both to see this turn into a reality, filled me with so much joy and excitement. I had to leave the event early for a personal engagement and I felt so sad as I left, filled with a FOMO I hadn’t felt in a long time. It was a feeling I’d missed for a good few months and a solid reminder that while we have our problems and our politics, South African Esports is on the way up. Both Mettlestate and Evetech once again pulled off an incredible event with the help of Lenovo. I do believe that it is 4 for 4 with Mettlestate now: 4 Esports events in South Africa with booked out physical venues and trending on social media. They’ve proven that they are able to pull off physical stand alone activations that draw a crowd of hardcore fans and casual gamers alike. That’s something special. 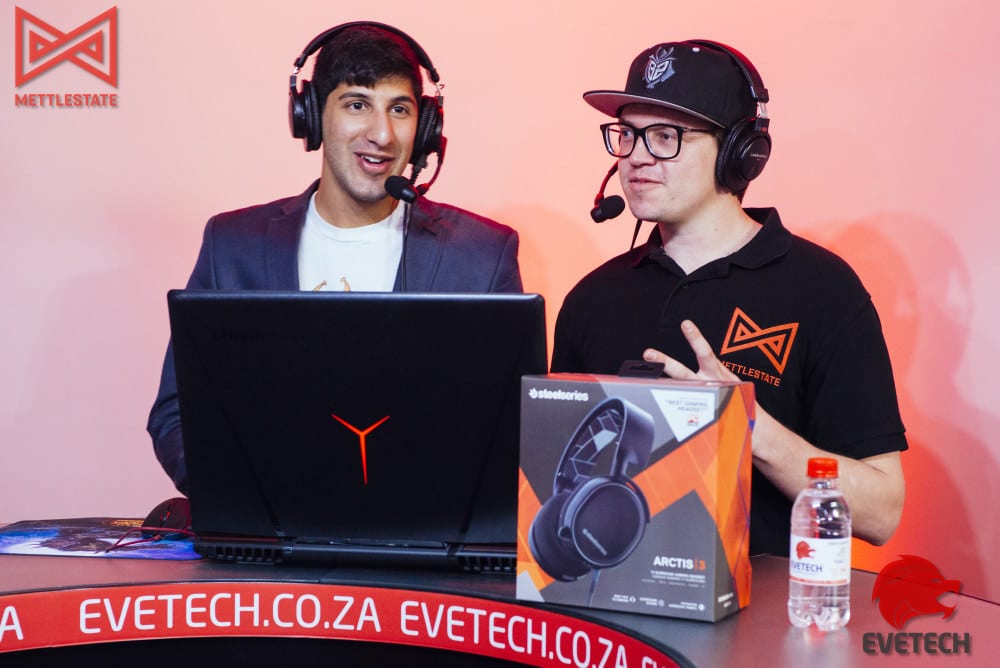 #JoinTheLegion was the kick up the bum I needed to remove myself from the politics and the silliness and focus on what I set out to do two years ago: grow South African Esports. #JoinTheLegion was proof that when the “talent” (oh hi Kaameel 😉), the sponsors, the organisers, the MGOs, the players and the fans work together we can put on an incredible showcase of what South African Esports is all about. I’m excited for the future and I’m relieved that the dark heavy feeling that had shrouded me for the past few months has lifted. I’m ready to soldier on and continue, together, as a scene. Will you join me?