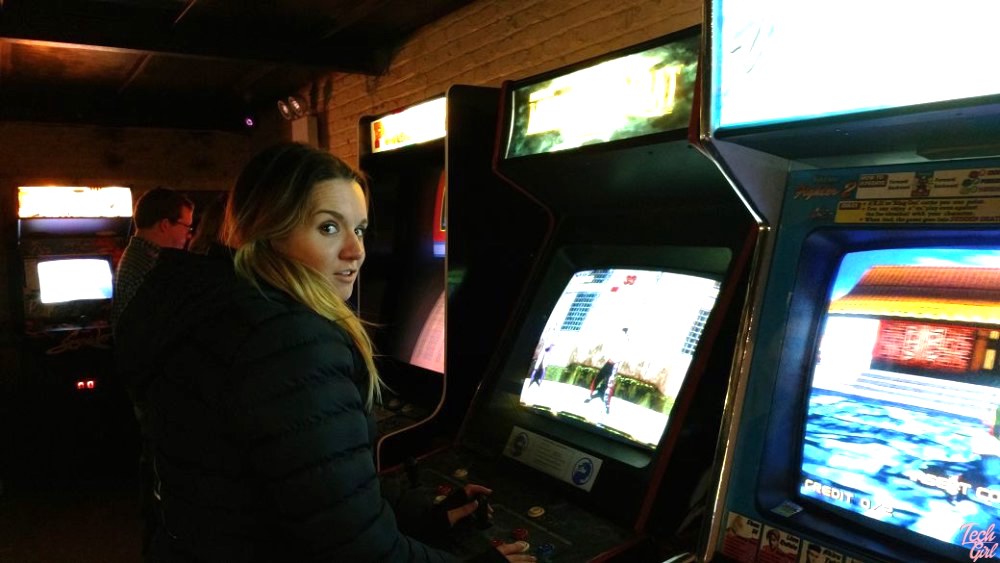 Apologies for the photo quality friends – difficult in a dark bar in the evening – but I tried!

I found this incredible bar in Brooklyn, New York. I’d obviously googled all the geeky things you can do in New York and Barcade came up on nearly every single article I came across. After a street art tour in Brooklyn my brother and I decided to jump on the subway and find this elusive spot. 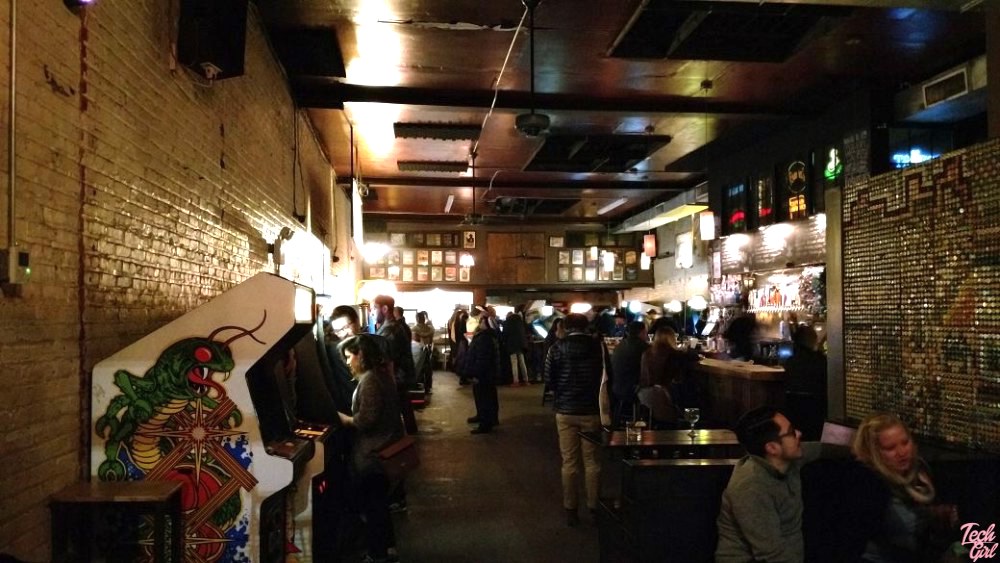 Barcade is every Girl Geek’s dream. On entering you’re greeted by the glittering lights of a stack of arcade games littering the walls of this spacious drinking hole. In New York space is at a premium. Most places don’t give you enough room to pull out your chair never mind get your elbows out for some old school gaming. However the borough of Brooklyn seems to offer up a little bit more room. Barcade is super spacious though, for South African standards, never mind New York. The bar is modeled on a classic arcade feel.

You have a vast selection of arcade games to play from Ms Pacman to Street Fighter. I especially loved the giant blackboard hanging over the machines on one side of the building – the board documents the highest scores for each game and who currently holds the record (as well as when they claimed that title). The machines take quarters or, alternatively, you can purchase tokens from the bar. 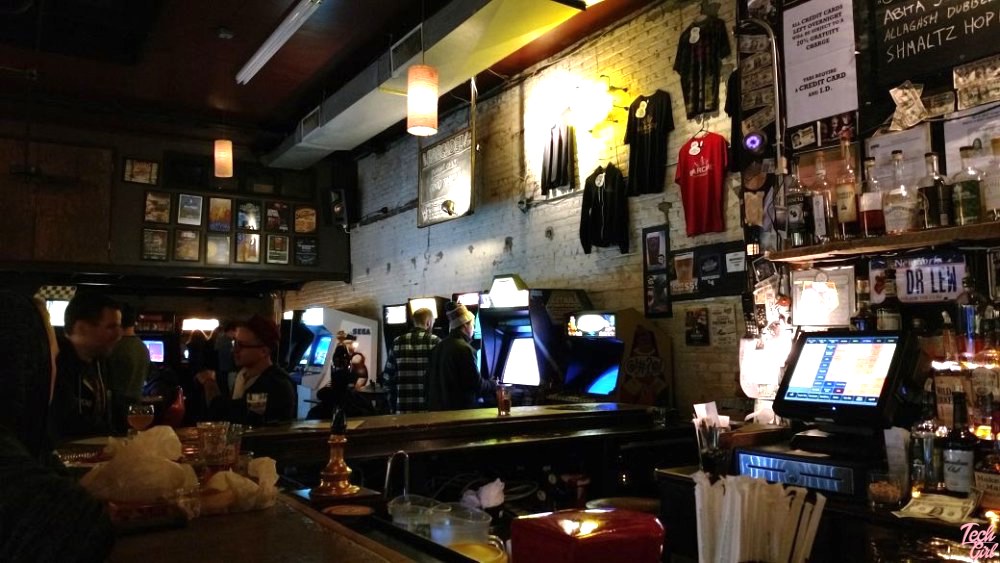 Ah, the bar. Barcade serves American craft beer. I’m not a big beer drinker but when in Rome (or Brooklyn) right? So I decided to test out one of the exclusive beers on offer. The Smuttynose Coily was my drink of choice. I loved how it was described on the menu:

Coily is a Belgian style Saison brewed with Italian Plums, Cinnamon, and Vanilla Beans. It was brewed at the secret Smuttlabs Brewery after a collaborative test batch was brewed at Smuttynose’s Portsmouth Brewery on August 5th 2015 with assistance from Barcade staff. Coily is also a purple snake born from egg who pursues his nemesis Q*Bert relentlessly across the endless pyramids that they both exist on. Q*Bert can only elude Coily by leaping onto a transport disk. This confuses Coily, causing him to jump off the edge of the pyramid where he falls into oblivion. Don’t fall into oblivion. | ABV: 8.0%

It was surprisingly good and I didn’t find it too yeasty (I know, right? Professional beer drinker here). I had three. Each of the arcade games have unobtrusive wooden shelves next to them to ensure you can slip your drink neatly between games while playing. 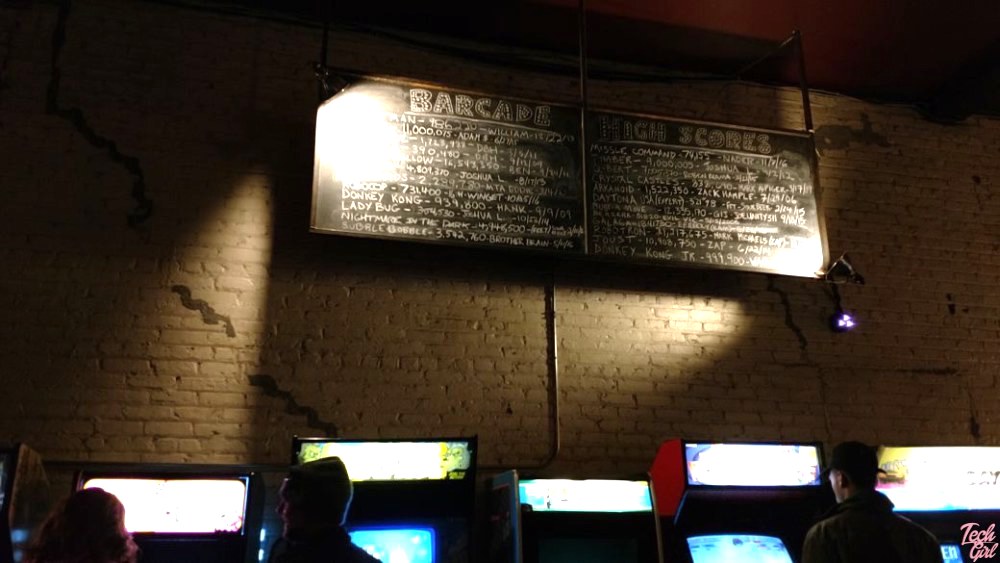 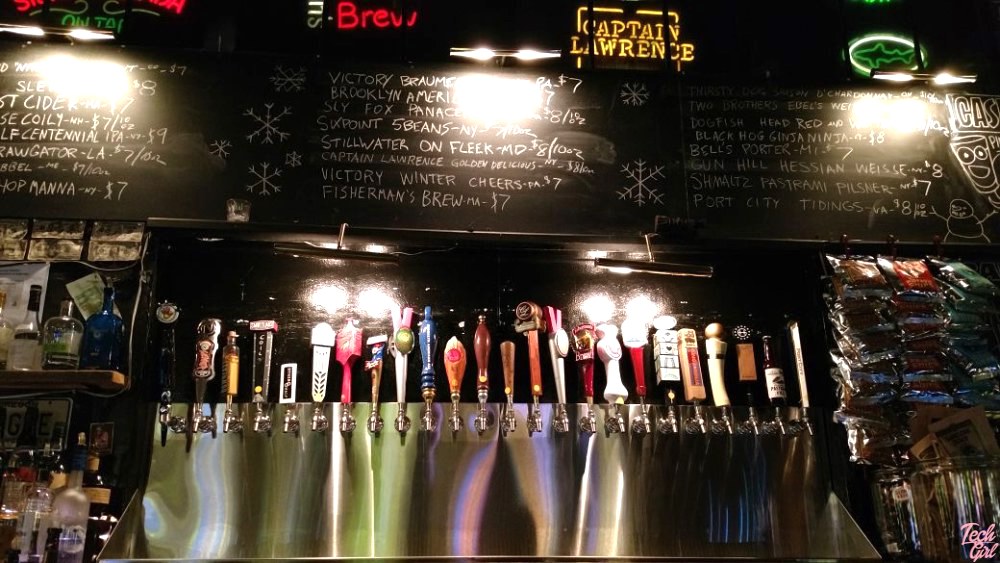 Because Barcade popped up so much on blogs I was worried I was going to be entering another overcrowded tourist location but I was pleasantly surprised. Maybe it was the space or maybe the majority of New York tourists aren’t geeky enough but the place wasn’t crowded, we got served by quickly by the coolest bar tender I’ve ever seen (she looked straight out of a movie with her pixie cut blonde hair, funky ink and dungarees). My inner geek was over the moon and, if you’re ever in the Big Apple, you should definitely pop past for a quick visit.

I visited the original Barcade on 388 Union Avenue but there are two more in New York in Chelsea and the East Village.