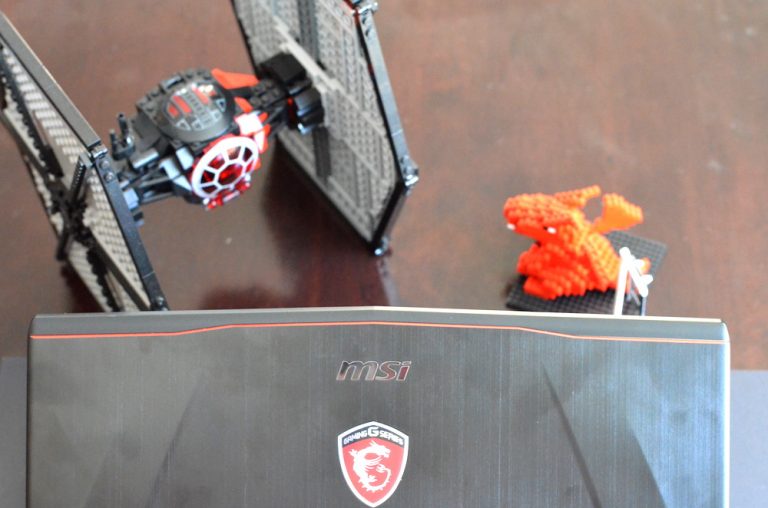 It’s pretty hard to believe, sitting here while typing, that this Notebook is better than even my brother’s desktop computer and not by a small margin. It completely destroys his computer and he’s not happy that he can’t have it. MSI notebooks came out with their slogan of “shattering desktop performance” and it seems apt. This little notebook is a stick of dynamite, literally and figuratively.

Packed within this little 14 inch monster is a GeForce GTX 1060. Not a mobile version like a GTX 960M, This is a full desktop version of a graphics card in a laptop that can literally slide in next to my Mac Book in my hand bag and have no issues. I can’t get my head around how much is packed into this MSI notebook and how small it is. To give you idea I’m going to list some technical facts quick – bear with me! 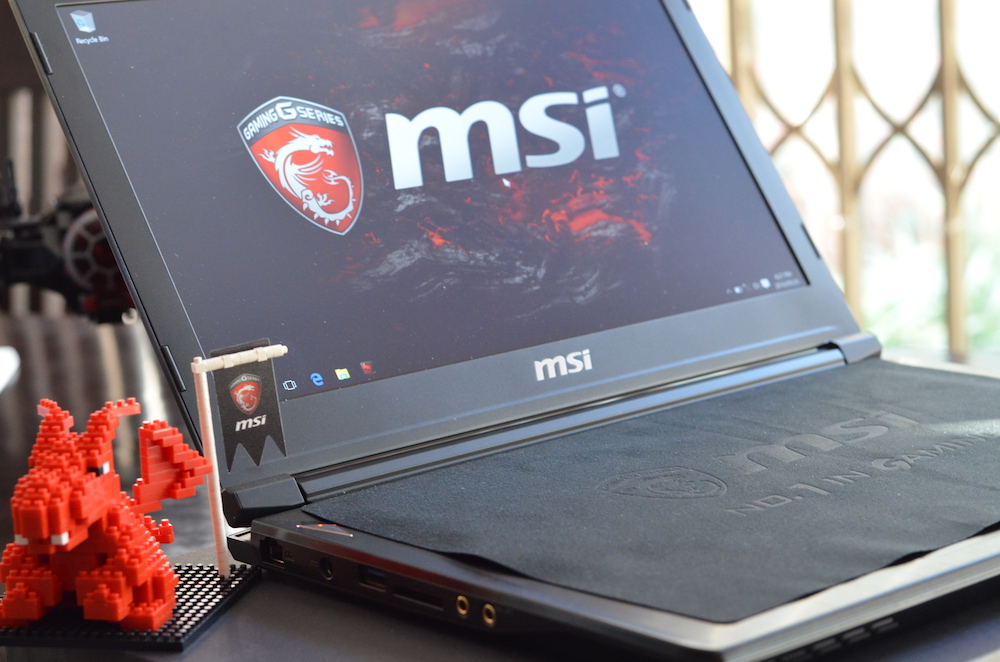 As I mentioned before there’s a GTX 1060 in this little machine as well as: Intel i7, 16GB RAM, 14” FHD IPS panel, Thunderbolt 3 + USB type-C port, custom Nahimic sound system and finally a SteelSeries made keyboard with colour backlighting. 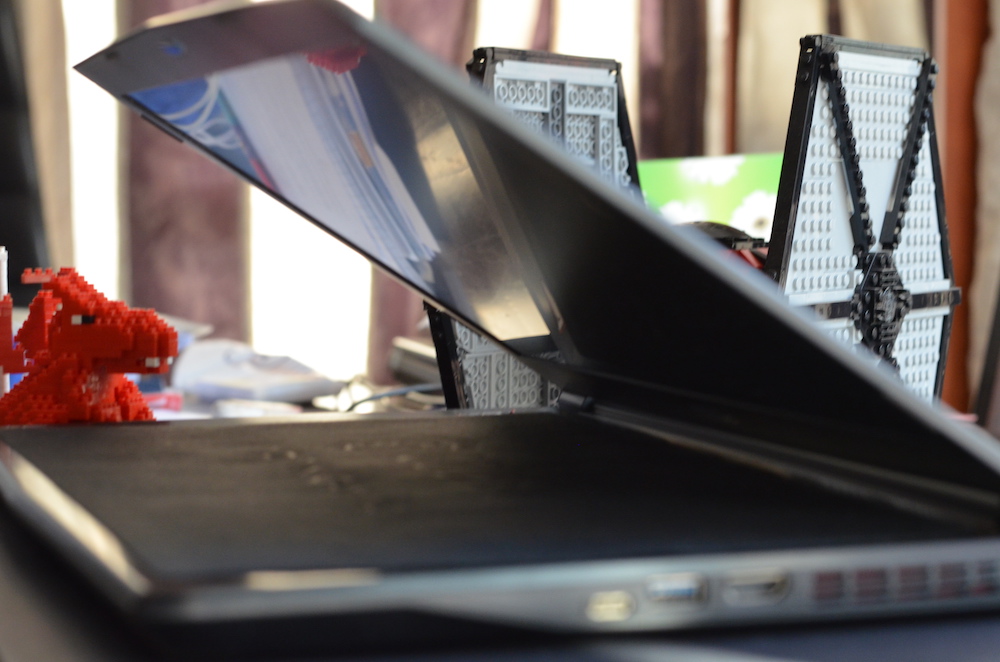 The important question is how it plays games though and here is where I bring in the dynamite reference because WOW. The MSI GS43 took everything I threw at it and spat it right back at me flawlessly. Zero problems… Okay, maybe 2 problems…

So as expected on a gaming laptop such as the GS43VR the battery life doesn’t last long – it’s not really a problem, but when you are just trying to use it for day-to-day work it becomes a bit of a nuisance. Lately I’ve been spoiled with laptops and one of the amazing things with those are the batteries on them. Seriously, most of them easily last a day. The MSI notebook, however, when you aren’t gaming, obviously gets you a few hours. Not ideal but that’s the price you pay for the desktop level performance. 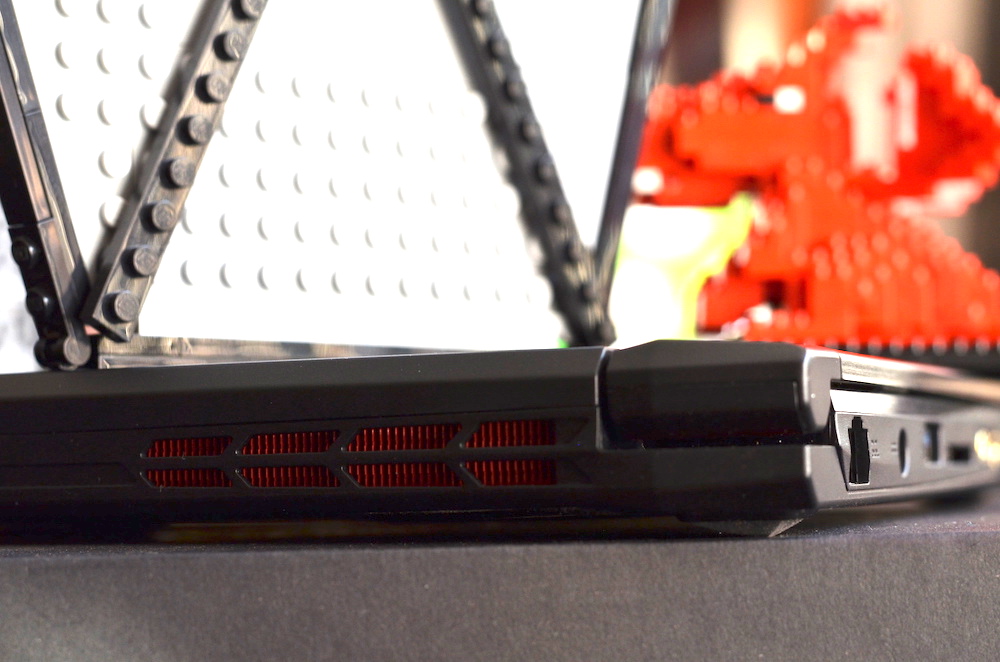 Here’s my main concern with the GS43VR: Heat. The notebook gets uncomfortably warm during extended gaming sessions. 4 hours straight is acceptable if it is for “work”! Between the heat over the WASD keys and the fan noise as the little fans fight a losing battle against that GTX 1060, the GS43VR feels like it’s going to explode. It doesn’t – trust me! But it feels like it. Obviously the compromise of a super-thin gaming notebook would be a lack of cooling.

The MSI GS43VR is a phenomenal laptop. Perfect for an avid gamer who is on the move a hell of a lot and looks for the most convenient option. The GS43VR is that laptop, perfect for a round or 2 of Counter Strike Global Offensive while at the airport. But if you find yourself with a couple hours each day to kill and aren’t too fussy about how thin a laptop can be, a GT series would be better suited to you. Bigger yes, but the cooling alone more than makes up for it as you won’t be concerned for your safety like if you were carrying a Samsung Note 7.

The MSI GS43VR really won’t break on you; it just gets REALLY hot when gaming.