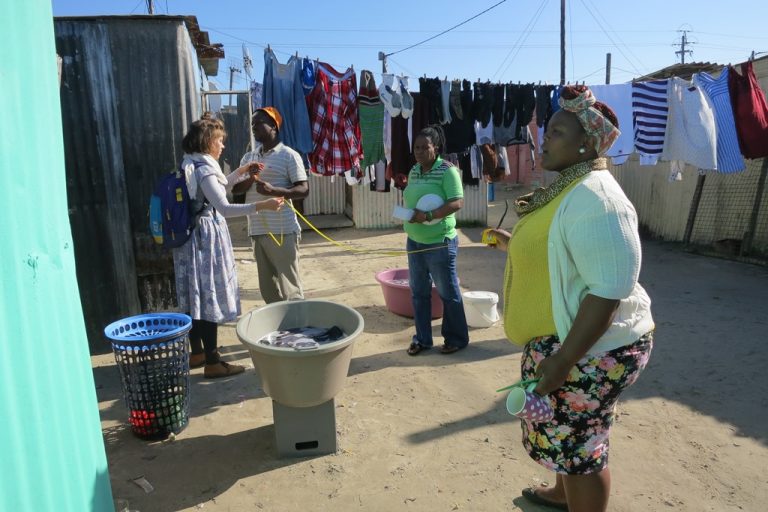 Ed’s note: The focus, of this site, is on technology and women with a distinctly South African feel. However, for a good while now, I’ve felt like we, as tech media, are not doing enough to highlight the incredible innovations happening right here in our own country. Besides HTXT and Ventureburn, very few focus on local tech companies and the innovations coming out of them. If I have to read another article about another Android smartphone manufactured in Asia with another “innovative” in it, I might throw up. So, while the story below isn’t necessarily “female” it is rad enough that it is getting published. My blog. My rules.

What is more exciting than technology introducing another way to update your status, mood or food?

Lumkani was recently listed as one of the 16 international finalists in the Chivas Regal competition, The Venture. The Venture is a competition that attempts to find and reward entrepreneurs who are dedicated to finding solutions for their community’s social challenges.

Lumkani uses technology-based-early-warning signs to reduce the risk of fire outbreaks within informal settlements in South Africa and across the globe. This is a huge issue within our urban settlements due to things like candle-usage, gas ovens, illegal electrical connections, paraffin lamps, etc.

These fire outbreaks tend to spread rapidly and are difficult to control because of lack of awareness, improper protocols for evacuation and lack of authority intervention because fire departments are informed at late stages or struggle to get to the locations of the informal settlements.

Aside from the obvious environmental damage that occurs…lives are lost, homes are destroyed, physical injuries occur and as a result livelihoods are affected. 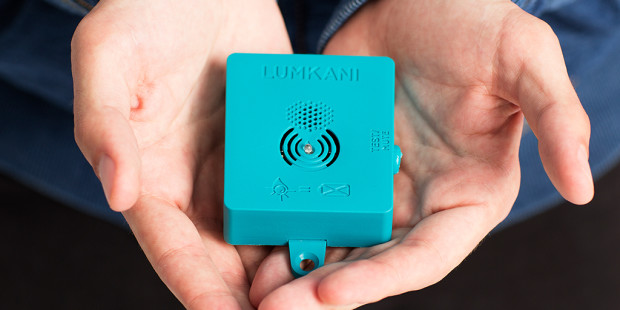 With nearly 2 million shacks in South Africa, Lumkani has addressed all of these conditions and has produced a master plan of prevention:

Heat detectors…. Or a “little (not) black box, if you like.

The main objective of these unobtrusive and light weight devices is to detect heat (temperature) and this occurs in 3 levels:

Once a fire is detected it transmits an alarm to notify the occupants of the household.

If the device is not silenced within a certain period of time (seconds), it then triggers a transmission to neighbouring devices to alert nearby community members of the fire hazard.

The device collects data via an internet gateway, which is used to record alerts, store information and log GPS data on the location of the fire. This data can then be sent to community leaders or members via SMS.

Authentication of fires is of great importance too and thus to avoid wasting the authorities’ time with false alarms or manageable fires, Lumkani has implemented a system for this too:

The authentication process is based on the premise of community involvement and networking via an SMS notification being sent out to the neighbouring community members informing them of the reported fire, once someone can authenticate that the fire is legit they can then respond with “YES”.

Of course, at this point, it is very easy to come up with a number of ways to make this device even more effective than just the above, however, this is a device being designed specifically for urban informal settlements— thus the greatest challenge Lumkani faces is cost vs. functionality.

The aim of this product, according to Paul Mersarcik (Mechatronic Engineer), is to deliver a product that is good enough to prevent fires and cheap enough for these communities to afford. 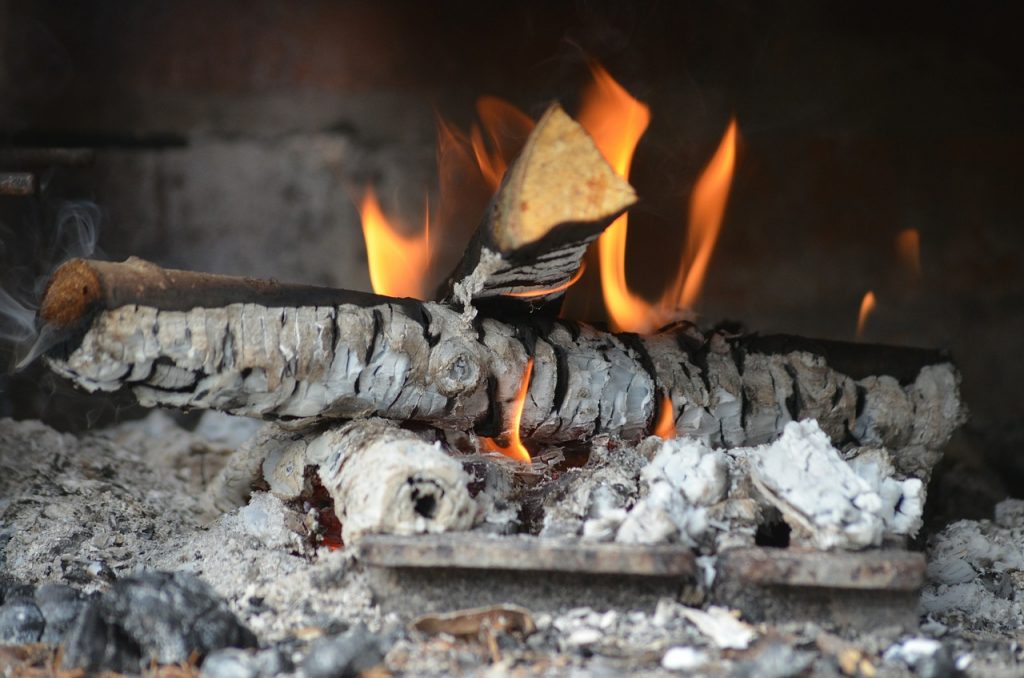 The Lumkani team says they have achieved this thanks to an extreme amount of experience in commercialising technology and thinking outside the box. They’ve also managed to hunt for the right components by being frugal and trimming the fat but still ensuring the devices are manufactured 100% locally.

Currently the device costs R120.00, and Lumkani aims at subsidising this cost and reducing it to R20.00 for users living in informal settlements.

The device uses 1 AA battery, which Paul rates should last approximately 1-2 years, depending on the usage.

In addition to this, the device also has an indicator to show that the battery is low or dead with instructions on the device on how to replace the batteries.

With the numbers of informal settlements on the rise in our country, Lumkani could very well be the guardian angel for the many lives in these fragile areas that are under threat to the devastating effects of fires on a daily basis.

These devices have already been installed in over 1500 households in South Africa.

Lumkani are aiming at raising just over half a million rand which they will use to distribute 3 000 fire detectors to households across South Africa.

You can actually contribute to this start up. By donating some funds you’ll be aiding in the manufacture of the fire detector, assisting in getting each fire detector in to 3000 households. You’ll also be contributing to end-user education and training as well as the installation and maintenance of the smart device. If you want to help out drop the Lumkani folk a mail. 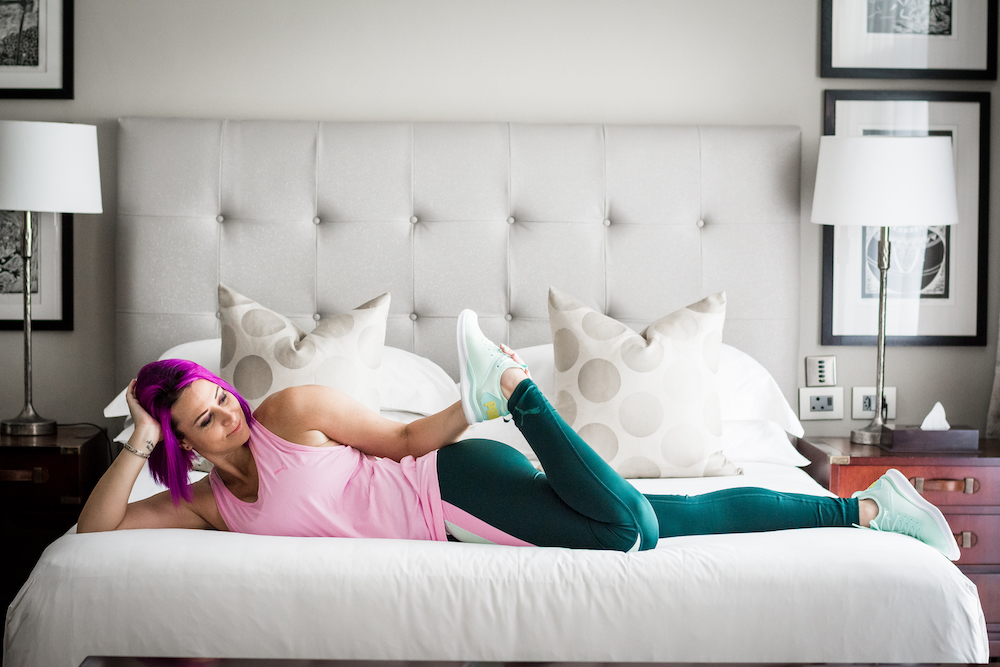 Cleanse your life with this 5 day online challenge