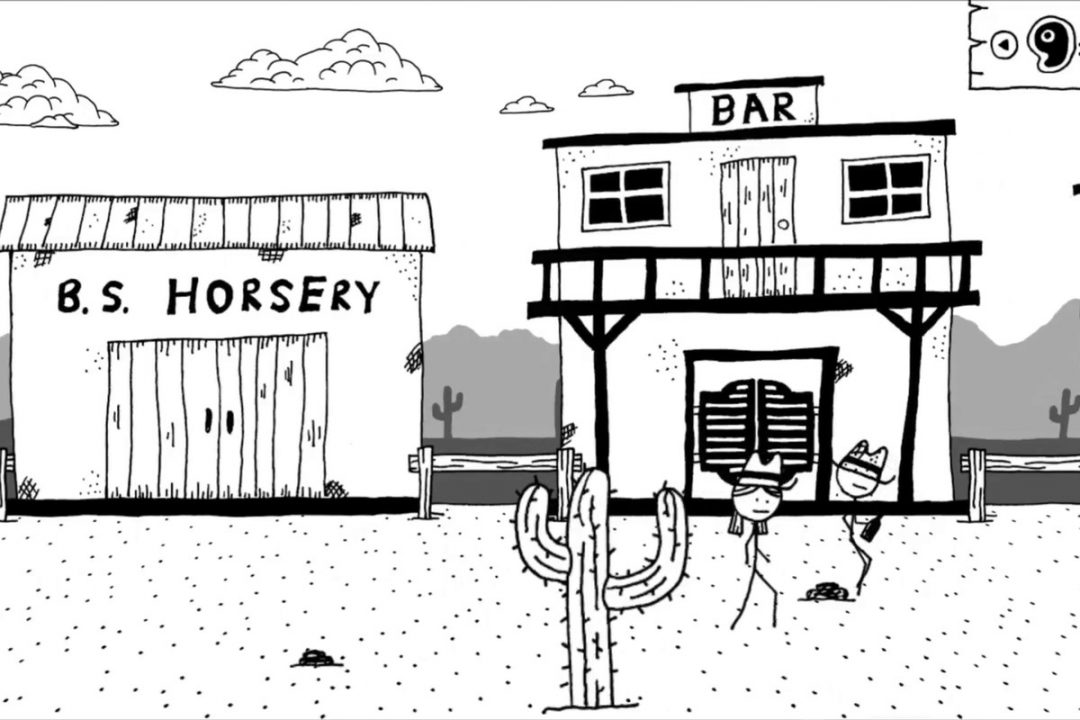 I am a video game snob. I know you’re not supposed to judge a book by its cover, or a game by its screenshots, but I also have working eyes (when I’m wearing my glasses) and judge I do. Art is such an important part of my whole gaming experience that unless I look at the screenshots and see something beautiful looking back at me then I’m probably just going to move on to the next game and not give it a second thought.

This was the case when I first looked at West of Loathing, and in all fairness, can you really blame me? 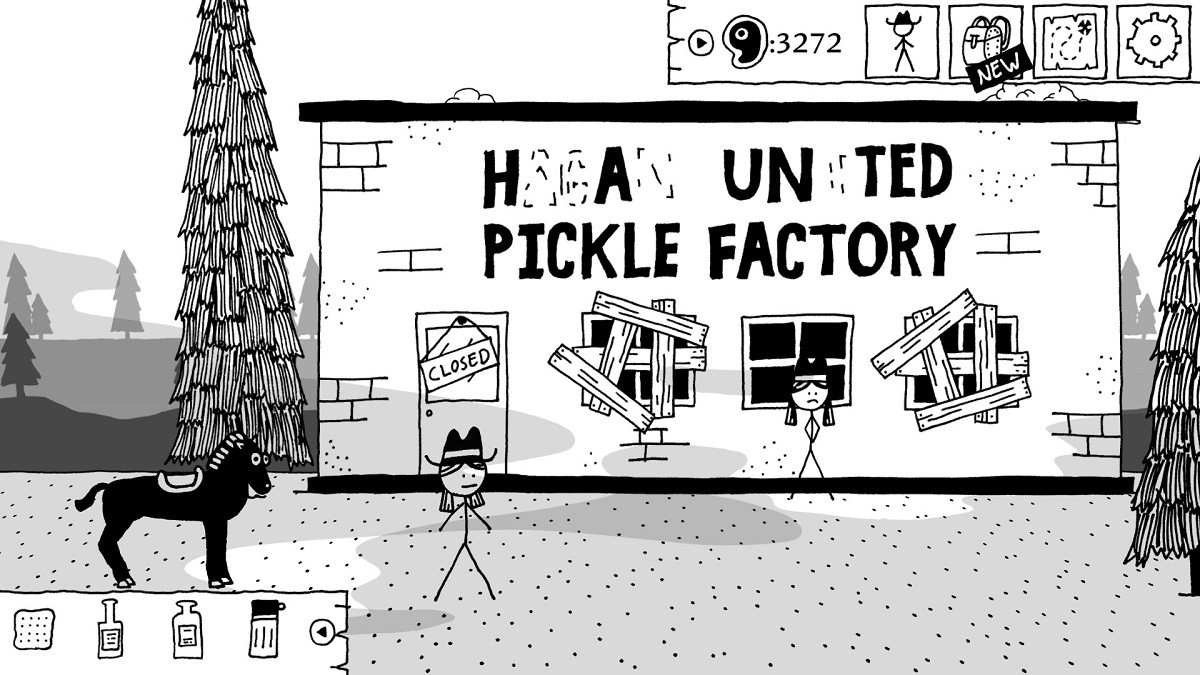 Well, yes, apparently a lot of people can blame me, proven time and time again by it’s inclusion in pretty much every Top Indie Game list and video ever, but as well as being a gaming snob, I’m also a gaming pushover who suffers from a severe case of FOMO, so I took off my glasses and bought it, and boy oh boy am I glad I did. To try and explain what type of game West of Loathing is, is a challenge and a mouthful, it’s a (deep breath) single-player western stick-figure comedy role-playing game with turn-based combat. Or in fewer words: it’s a ridiculously silly RPG set in the Wild West and it’s one of the most addictive games I’ve ever played – think Skyrim but with Demonic Cows, Skeletons wearing cowboy hats and beans being thrown everywhere… what’s not to love?

There isn’t really much of a “storyline” per se, instead, you just take on the role of an adventurer hell-bent on helping the world around them and through your choices, completing side and main quests and just exploring your surroundings, that’s exactly what you do. The game is shaped by and comes to life through the choices you make and as with most other RPG games, your first major choice comes down to what class of character you want to play. West of Loathing gives you the choice of three rather bazaar classes but at their core, they are actually pretty standard: 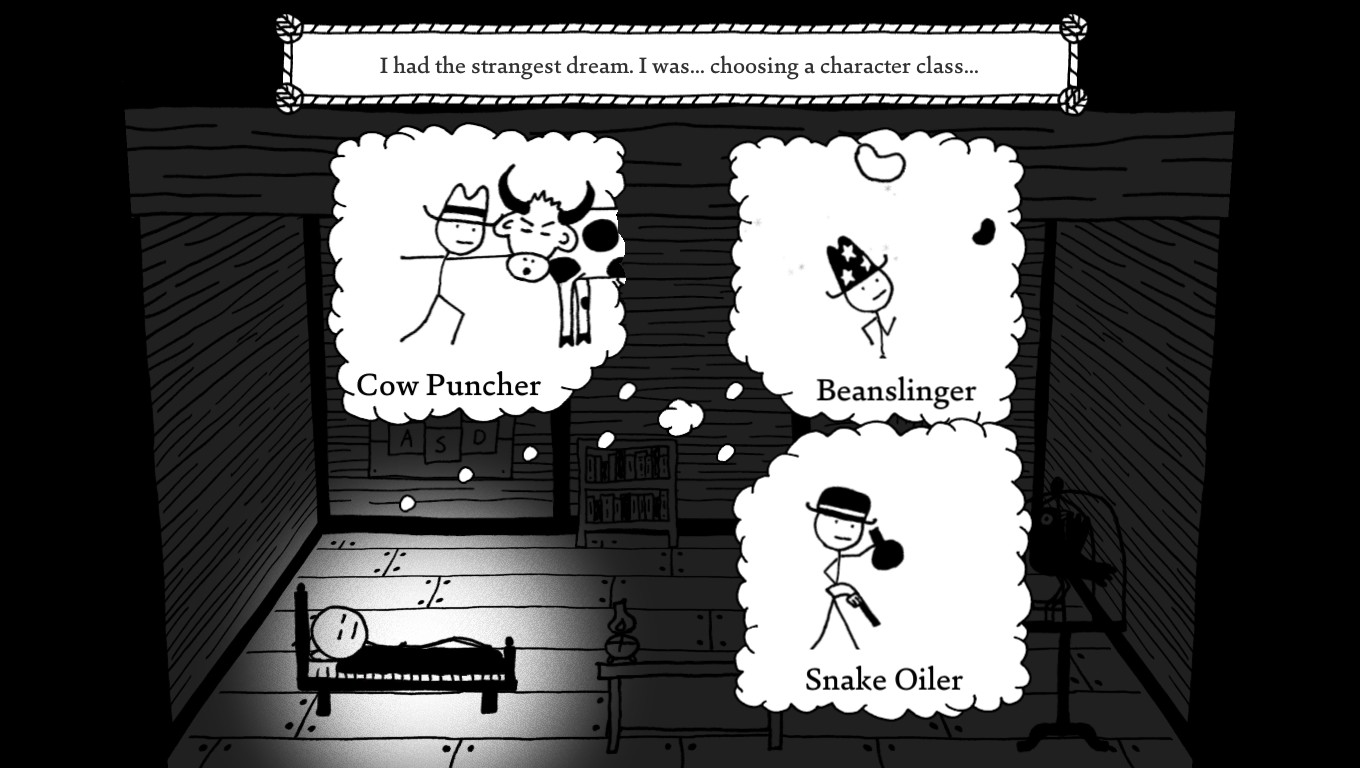 West of Loathing is a funny, punny, and at times overly self-aware parody of every RPG game and Western movie that’s come before – it’s filled with countless ridiculous options and choices for you to make and just when you think the game can’t get any more silly you’ll find yourself unlocking a perk that changes your mind completely. An example of this would be the “Silly Walk” perk you can pick up pretty early on, that if activated has your character walk around the world in a variety of amusing and sometimes startling ways.

There’s a giant map for you to explore, countless characters for you to meet and enough side quests to keep you busy for a good few hours.For a game that doesn’t have any voice acting, dialogue plays a major role in making it the game it is, so go into it expecting to do a LOT of reading and a lot of giggling. West of Loathing is available on PC, Mac, iOS and Nintendo Switch and personally, it’s one of my favourite “on the go” games around.

But that’s enough of my rambling, I want to know if you’re also a video game snob like me? Watch the trailer here and let me know what you think: 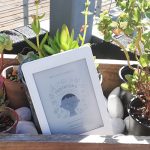 Meditation and Mindfulness: the only book you need to read to learn how 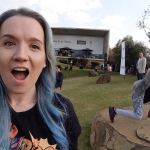 Hands on with the DJI Osmo Action