There are two major toy video games out right now, Skylanders and Disney Infinity. I recently covered both of them in my reviews, both the latest Skylanders: Superchargers, and Disney Infinity 3.0. If you are in the market to buy a brand new toy video game, then it could be tough to decide which one to choose. I thankfully have spent time with both franchises for years, and know all about their pricey additional purchases and how worth it they are for both your pocket, and your child’s entertainment.

For every title released since the original Skylanders there have been around 20- 30 toys, the latest one has only 20. Right now you can find most of the older toys in Reggies and Toys R Us for around R40 – R80. These older toys are compatible with Superchargers and the last release Trap Team. You see how it works is that if you have the latest game, then every toy will work on the portal, if you have the first or second game, ie “Swap Force” or “Sypro’s Adventure”, then purchasing a toy from the ”Giants” game will not work on your portal. In a nutshell its forward compatible. 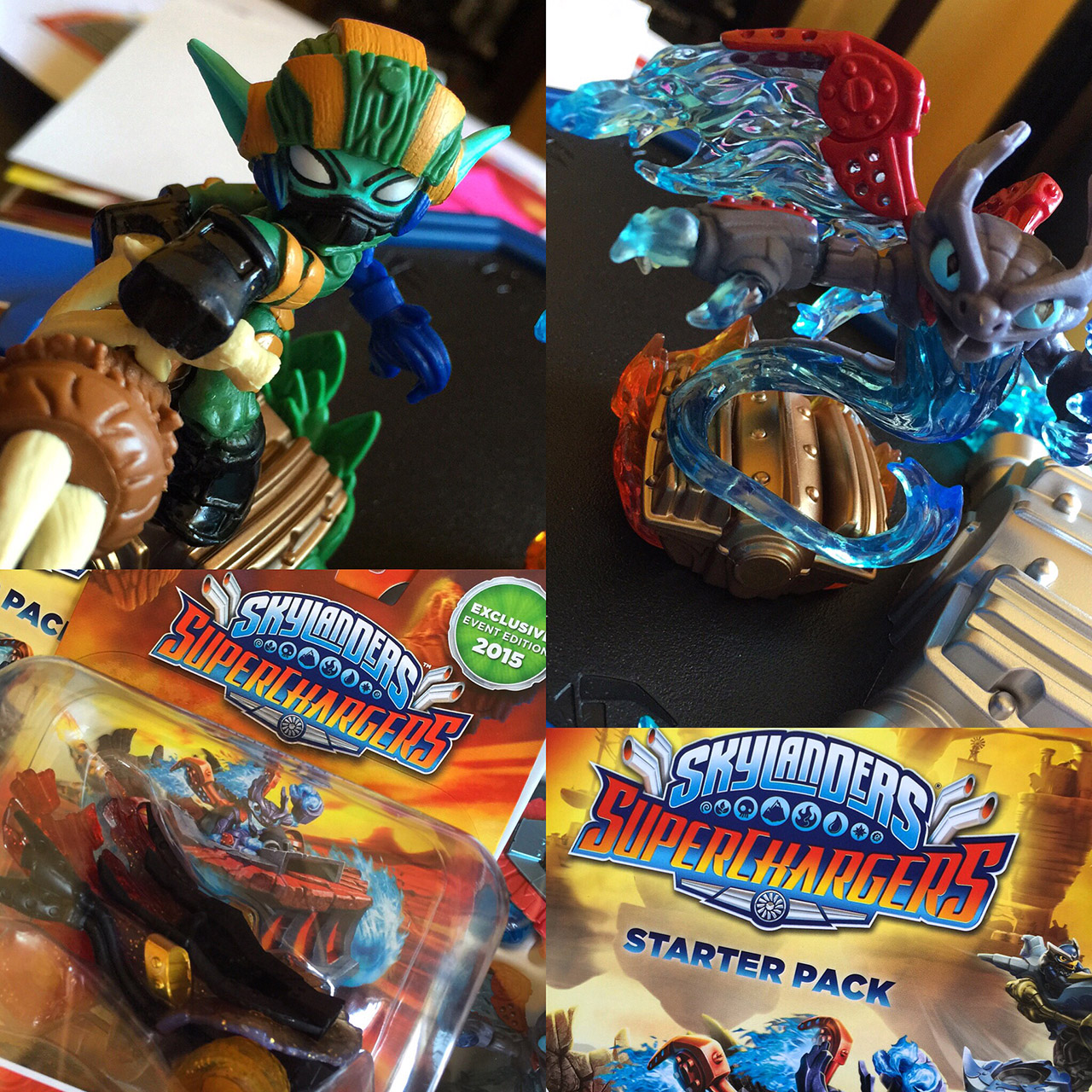 When it comes down to the cost of getting the most out of the series, we are going to take a look at the latest game, Superchargers. The game revolves around vehicles and Skylanders, and there are toys for both. This time around you do not need to own any specific elemental Skylander toy to get the most out of the game, rather you would just need to have one of each vehicle. A Sky, Land, and Sea type. The Starter Pack which retails for R899 or R799 on older consoles, come with two Skylanders and a land vehicle. This means that you need to just purchase a Sky and Sea type vehicle to be able to play the main storyline without any restriction. On the other hand you can also purchase the Dark Edition that retails for R999. This edition is the limited edition of the game that comes with exclusive Dark vehicles: one land, and one sea. It also comes bundled with two Dark Skylanders. The Koas Trophy that comes with this edition just allows you to play exclusive Koas content, as well unlocks his Doom Jet vehicle. 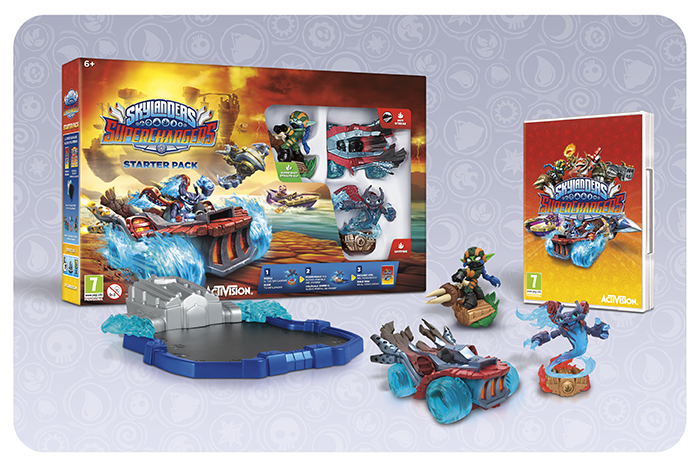 If you are really looking to get the most out of the game, the only thing missing besides the different vehicles would be the Racing Packs that unlock the rest of the tracks in the racing mode. You would need to purchase these packs that come with one Skylander, the trophy (which is needed to unlock the tracks) and the specific vehicle for the pack you are purchasing. Right now only the Sea Pack is out and it retails for R499. I am pretty sure the Land and Sky pack will retail for the same price when the next wave of toys hits stores.

In a nutshell you need to consider a few advantages when purchasing the Starter Pack for Superchargers: 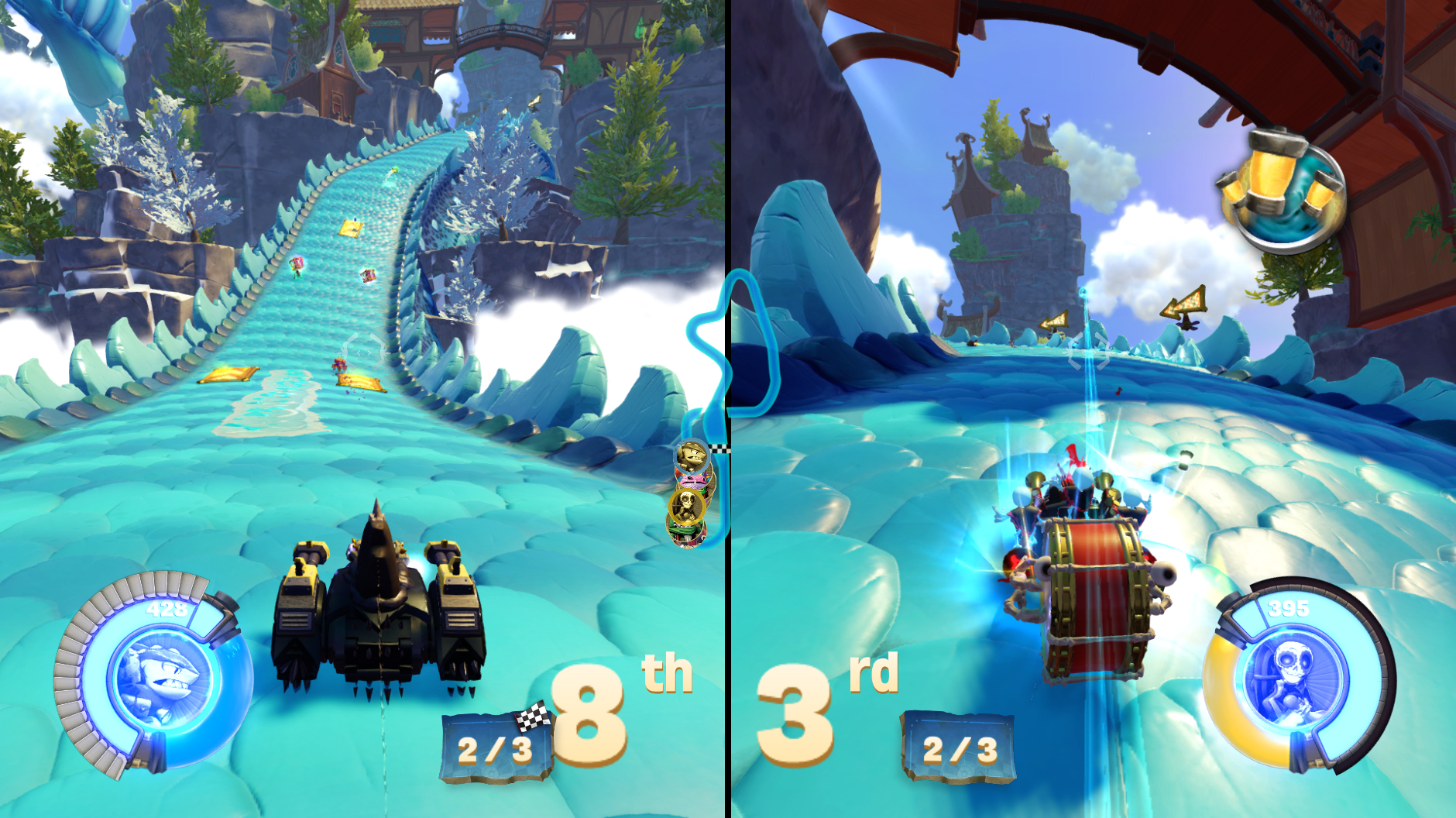 So that is R899 plus R499 for the racing pack (keep in mind that 2 more racing packs are planned). As the Sea Pack is the only one out, you could go ahead and buy a Sky vehicle for R199. Altogether you are looking at a once off R1600, to get the most out of the game right now. You would be able to participate in every side mission during each chapter, and race in 70% of the tracks. There could be a few additional purchases like different Skylanders, but as I said before, the past toys are extremely cheap, so you really do not need to go out and buy any of the news ones, but if you want to, expect to pay around R180 for each new Supercharge Skylander.

R1600 will get you 3 characters, 3 vehicles,  and access to the extra tracks. This is basically the entire game as its stands, and the whole experience without the need to worry about missing out on anything.

As for value for money, my review should tell you everything you need to know.

When it comes to Disney Infinity 3.0, it is kind of hard to understand what you will need to buy to get the most out of the game. There are four main toys, the actual character toy, the Play Set, a Power Disc, and a Expansion Game. This is what you would expect to pay for them each 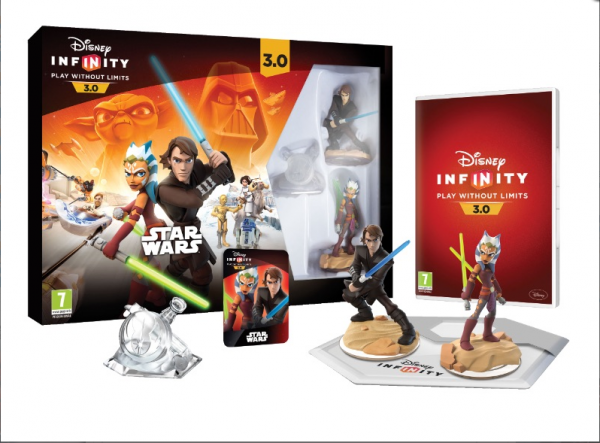 Unlike Skylanders, Disney Infinity revolves around the purchases you make and not the toys you do not have. You will never reach a spot where you will be required to own a certain character or vehicle to progress the game, or even access a different area. Instead what you do own has its own advantages to your game. Different characters have different abilities, and the Play Sets are only bite-sized story missions revolving around a portion of the Disney world and the set character’s universe. Keeping that in mind, Disney Infinity still pushes you to purchase new character toys to really get the most out of the game.  It kind of sucks just playing as the same old Jedi over and over again. But purchasing a character toy will not unlock any other content, you will need the Play Sets, Power Discs, and the Expansions to actually get the most out of the game. So you can go ahead and purchase Joy and all her other overly-emotional friends, but you will be limited to using them only in the Toy Box world, playing levels you have created, or playing other player’s online missions. Keeping in mind that all previous character toys will work on Disney Infinity 3.0

The Starter Pack of Disney Infinity 3.0 goes for R799. It comes with two characters, a Play Set, and the portal. You will be able to play the base game with these two characters  without any additional purchases needed, but the Play Set only lasts for 4 hours, after that you will have to find your way through the base game. You can purchase the Inside Out Play Set for R449 which comes with the Play Set and two characters. This is completely up to you, it is not needed to play the base game, which includes all the activities like farming, Sidekick, creator mode etc. You will however reach a stage where you will be all out of creation juice and looking for new things to do. 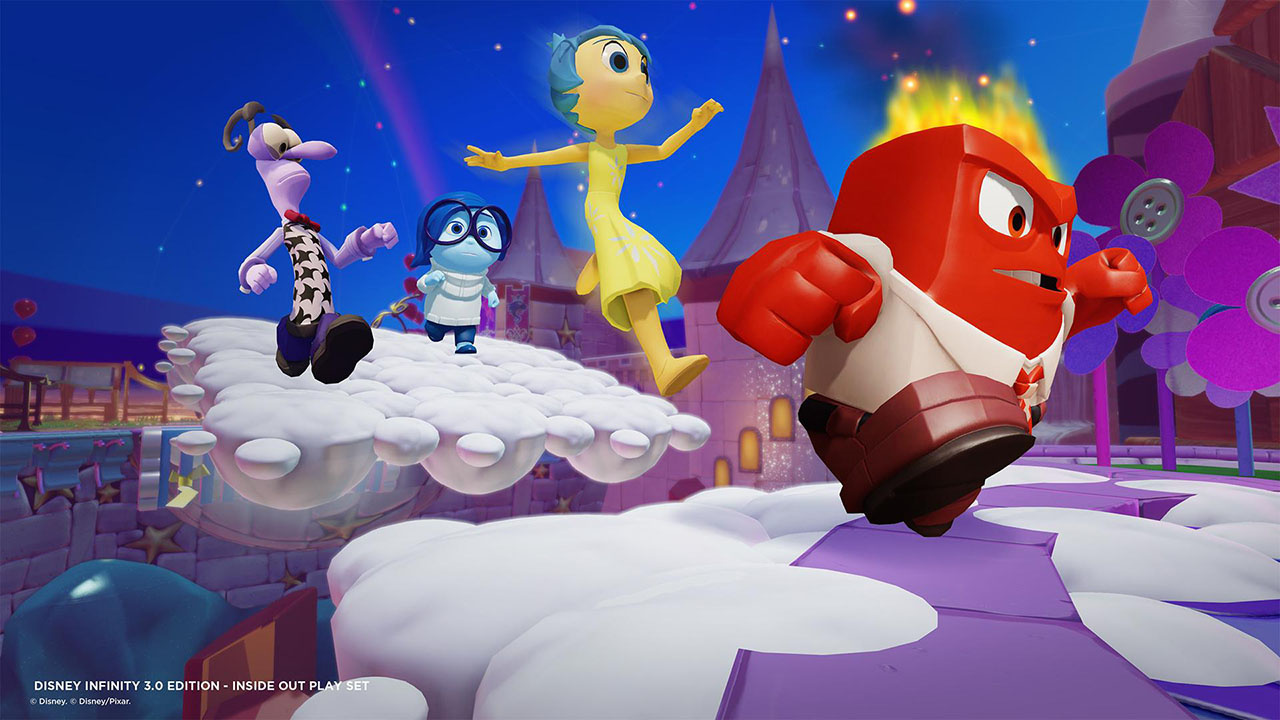 This is where the big bucks come in. As the character toys are not completely necessary, you can just buy the Play Sets which will set you back R449 . There are 5 planned for the life cycle  of Disney Infinity 3.0, so that is R1789 (this excludes the start pack set) if you never want to miss out on any of the dedicated content. Anything else you want like the power discs (16 in total, 4 packs of 4) and the expansion sets (2 packs planned at R199 each) will cost another R899. This means that altogether, without another character toys besides the ones included in the set, Disney Infinity 3.0 will cost around R2699 to get the most out of the core content of the game. This includes 2 expansions, 10 characters,  5 Play Sets, and 16 power discs.

Be sure to check out my review of the game to find out what it is all about and if it is actually any good. 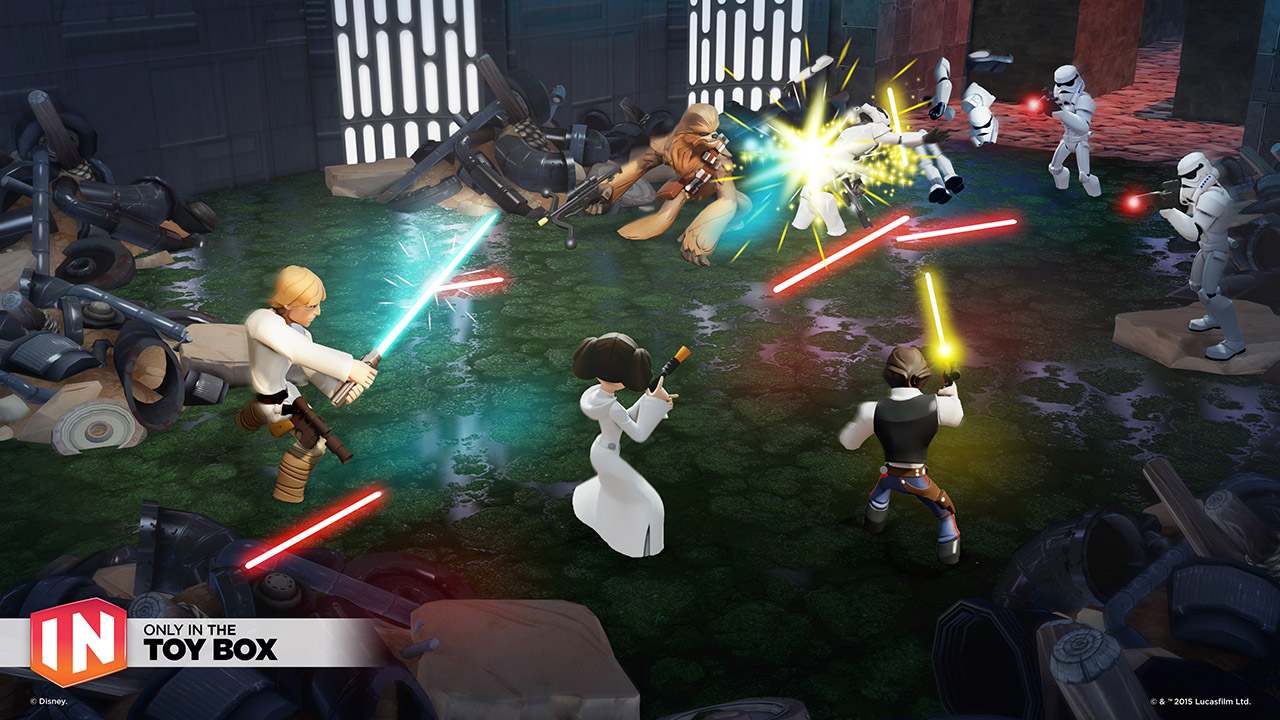