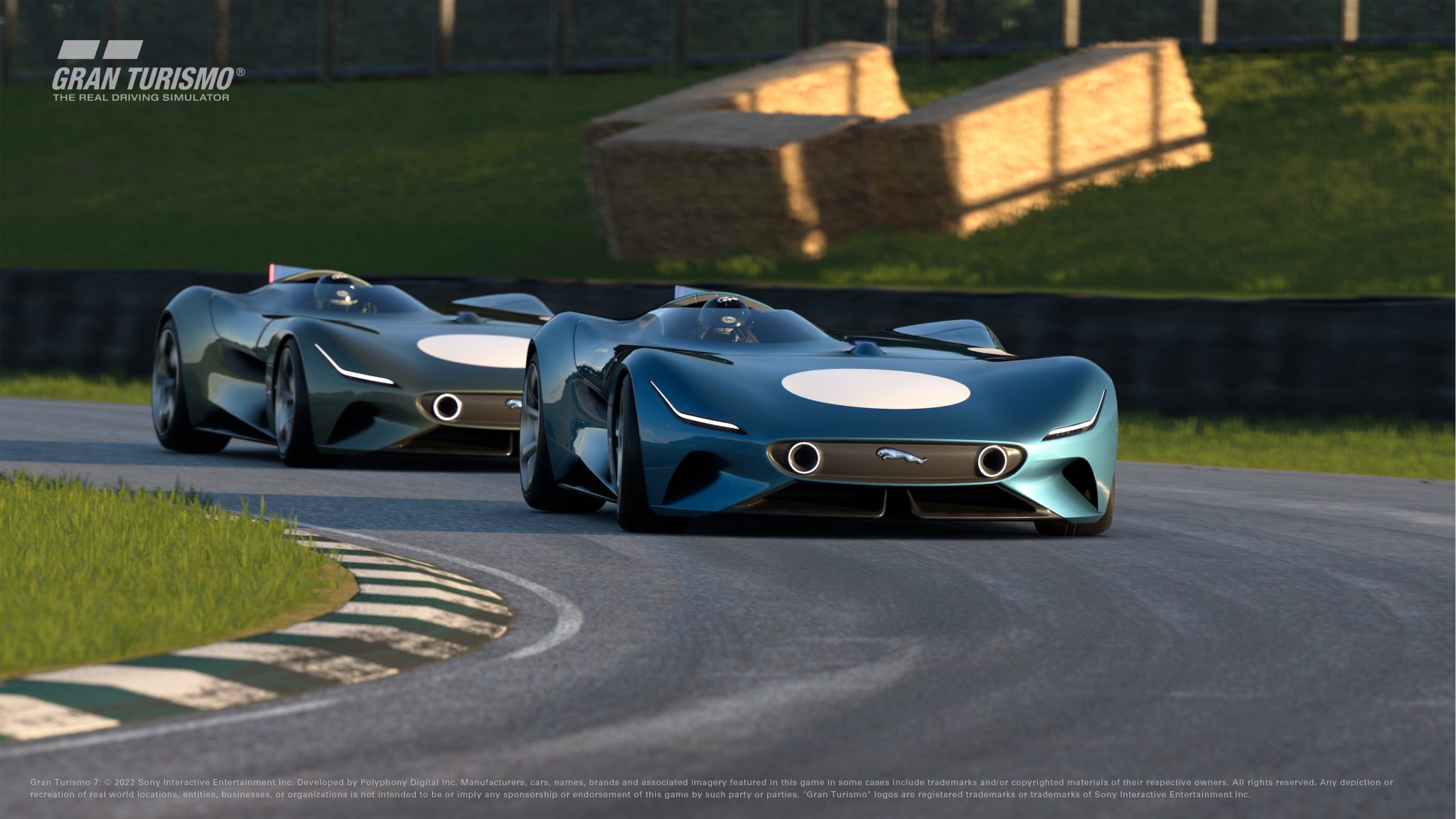 If you're playing Gran Turismo 7 check this out

In recognition of Jaguar’s trilogy of cars in the Vision GT series, Jaguar’s Design team has developed new bespoke livery for each one. The specially-developed black and grey paints and subtle graphics emphasise the cars’ inherently dramatic, beautiful designs – and are unique to the cars’ in-game liveries.

The Jaguar Vision Gran Turismo Roadster is an all-electric single-seater which combines the race-proven powertrain from the Coupé with a taut, sculpted form inspired by the iconic, timeless Jaguar D-type.

As a car designer, being part of the team that has delivered three virtual cars for the Gran Turismo series has been a dream project. Since the reveal of the Vision GT Coupé in 2019 and Vision GT SV in 2020, we wanted to curate the perfect way to present the full line-up of the three cars together when we revealed the Roadster – Gran Turismo 7 is the perfect way to do it.

“The visual effect is dramatic and wouldn’t look out of place on any track or circuit around the world, from the streets of night-time Tokyo to California’s Laguna Seca raceway. 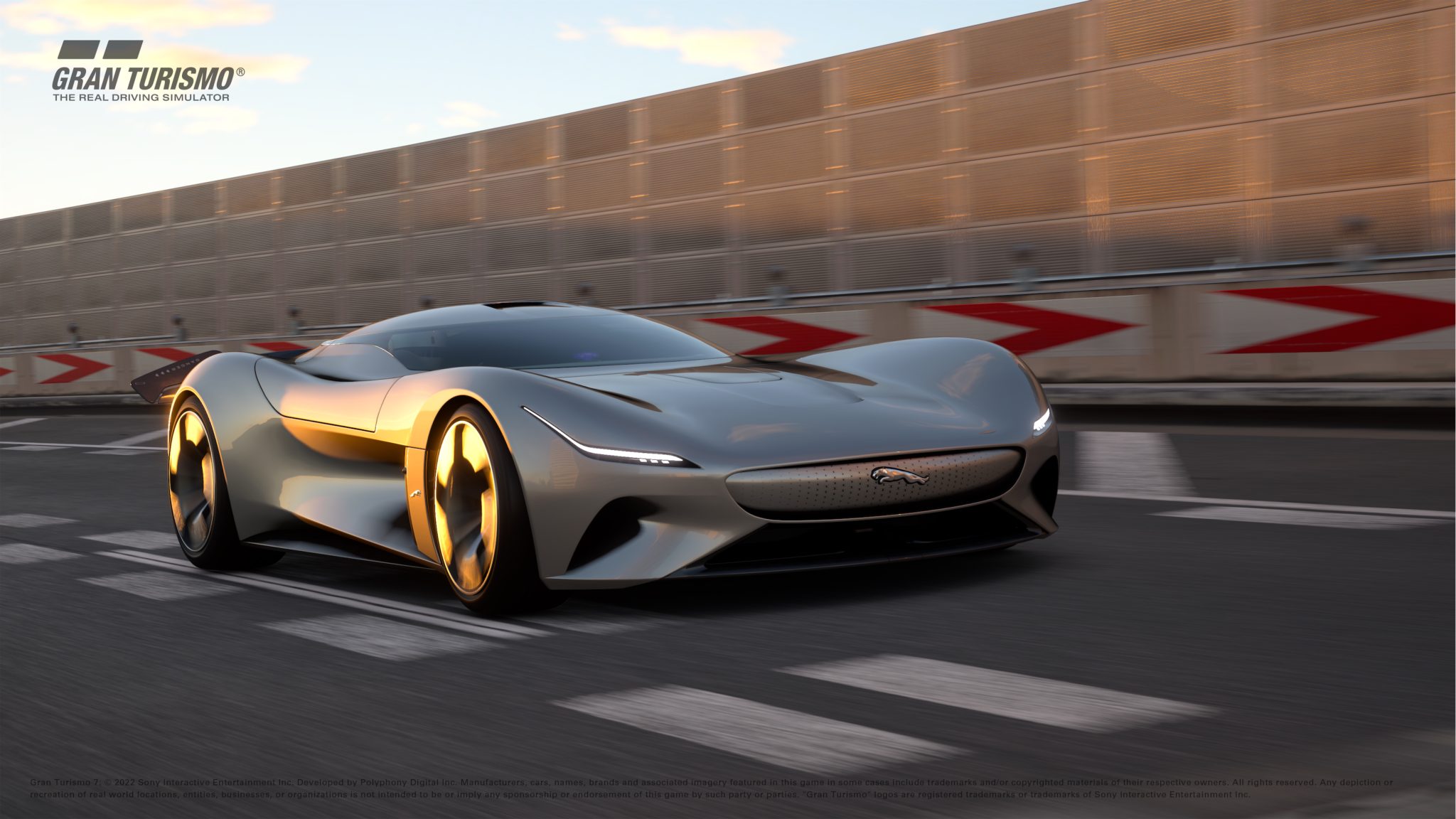 The Roadster is designed to bring gamers the pure, visceral driving experience of an open-cockpit Jaguar sports car powered by three electric motors generating a total power output of more than 750kW and instant, maximum torque of 1,200Nm. Acceleration from 0-60mph in under two seconds and a maximum speed in excess of 200mph together with outstanding ride, handling and agility will deliver a truly unforgettable drive. The flowing surfaces, dramatic lines and perfect proportions of the first two Jaguar Gran Turismo Vision cars are instantly recognisable, but in place of a deployable canopy the Roadster features a swept-back aero screen directly in front of the driver.

Behind, there’s a modern interpretation of the fin synonymous of the three-time Le Mans-winning D-type, aerodynamically-optimised using the latest computational fluid dynamics tools to be deployable at speed for enhanced stability with minimal drag.  The fin also features one of the beautiful details to be found throughout the Roadster, the form of a Union Jack etched – using the Jaguar monogram pattern – into the fin itself, and subtly illuminated by LEDs. The theme continues with the hand-crafted leather straps on the front fenders and iconic roundel lights in the front grille. 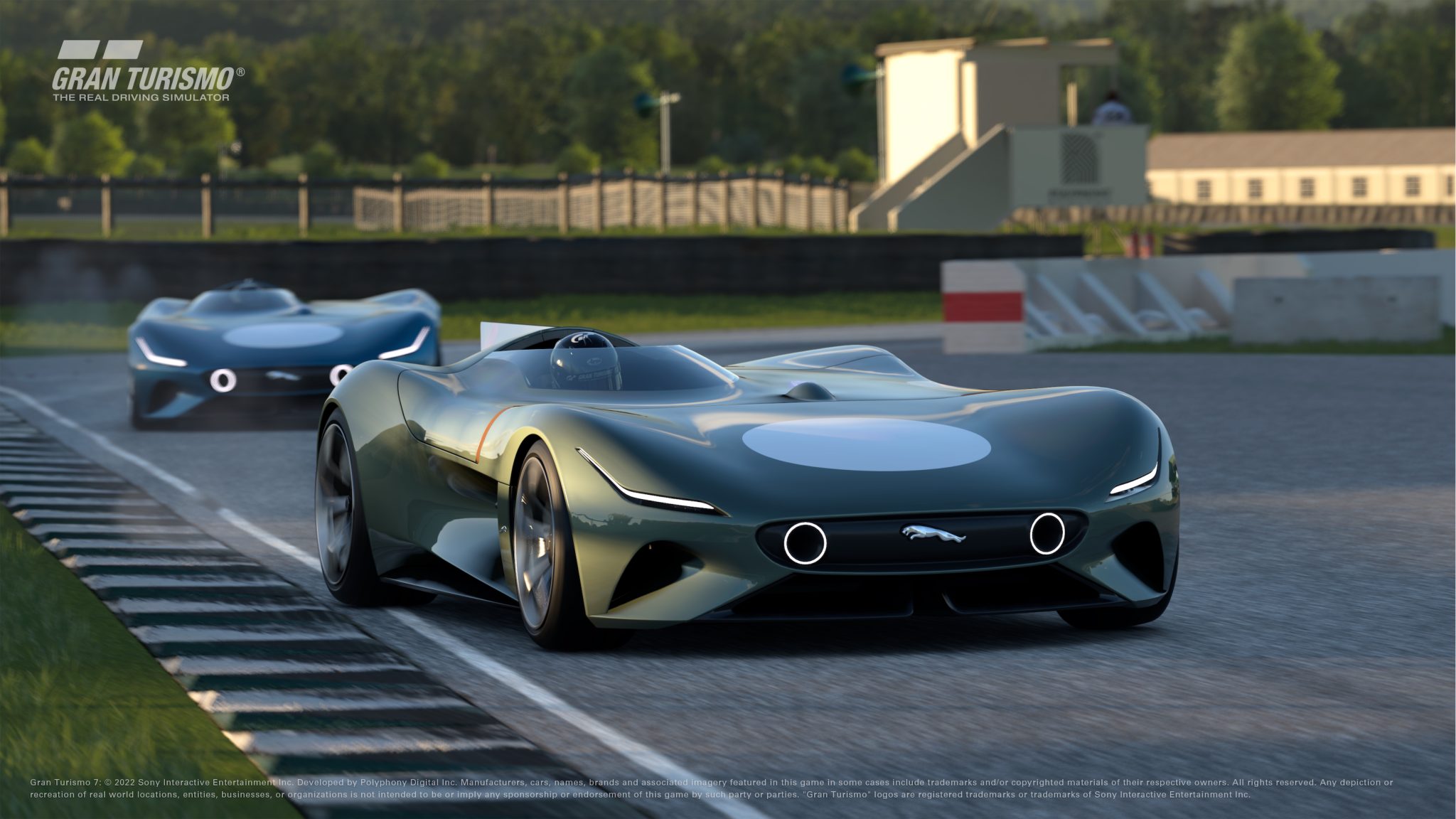 The Jaguar Vision Gran Turismo Roadster’s dramatic, driver-focused interior combines lightweight, luxurious materials and finishes with stunningly intricate details. Looking out onto the gracefully long bonnet with the unmatched all-round visibility inherent to open-cockpit racers, gamers will be fully immersed in the action. The Roadster’s light, stiff monocoque body is expertly and meticulously crafted from carbon-fibre composites and advanced aluminium alloys. A state-of-the-art lithium-ion battery pack is packaged as low down in the structure as possible, contributing to the low centre of gravity, low roll centre and near 50:50 weight distribution that are fundamental to the car’s outstanding driving dynamics.

Power from the battery is fed to three light, powerful and compact motors, developed using learning from Jaguar Racing’s Formula E experience. With one motor on the front axle and two on the rear, the total output is 750kW and 1,200Nm of immediate, electrifying torque. Players will experience this for themselves when they accelerate away from the start line on their way to maximum speed of more than 200mph.

We are delighted to announce the Jaguar Vision Gran Turismo Roadster, which completes the trilogy of Jaguar Vision vehicles for Gran Turismo 7. It was a great experience to work with the Design team at Jaguar. We look forward to drivers getting behind the virtual wheel in the new game. All three cars lend themselves perfectly to the exciting new user experience that GT7 will offer. 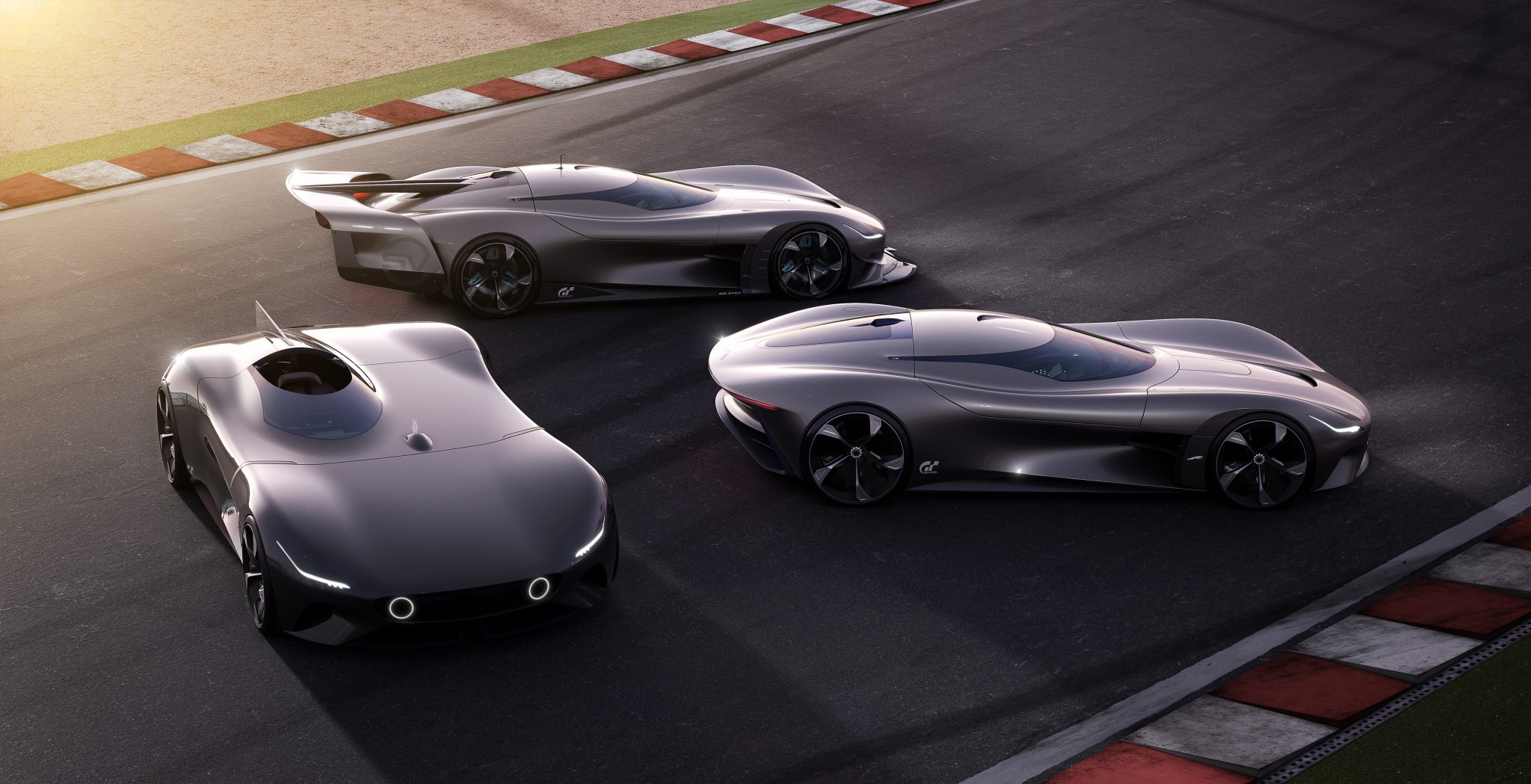 In addition to the new Roadster, players can now – for the first time –drive the Jaguar Vision Gran Turismo SV.  First shown in December 2020 and always destined for release in Gran Turismo 7, it is an all-electric virtual endurance race car designed by Jaguar and engineered by Jaguar SV to deliver extremes of performance, traction and high-speed stability. Powered by four electric motors developed by Jaguar Racing to deliver 1,400kW, the GT SV can accelerate from 0-60mph in just 1.65 seconds and reach a 255mph top speed.