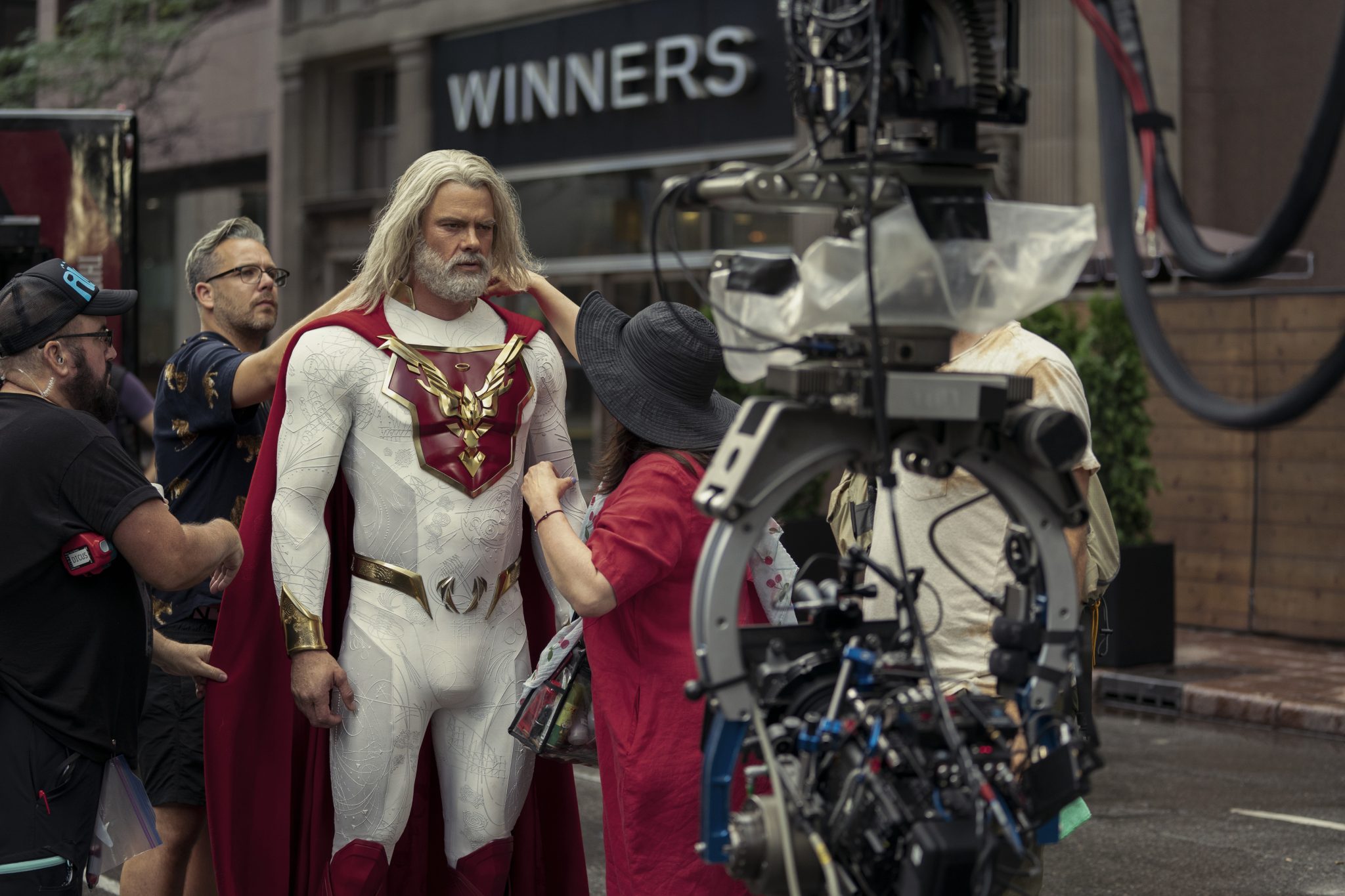 Jupiter’s Legacy is a new superhero series that lands on Netflix today. All 8 episodes will be available for binge watching this weekend. I was pretty excited when I saw the trailer for this. Despite feeling like the Superhero trope might have been paraded on our screens one too many times. The more gritty nature of shows like The Boys, Umbrella Academy and Watchmen have tickled my fancy. The trailer did make me think we might be going in to a similar space. Jupiter’s Legacy is also based off the graphic novels by Mark Millar and Frank Quitely. So I was keen to check it out.

What is it about?

In short, a bunch of superheroes have spent a super long time doing superhero things. They’re the world’s first generation of heroes and are attempting to help the next generation take over. Because obviously, they bred along the way. However, the world has changed and the role of heroes needs to change too. The show is meant to explore the dynamics of family, power and a changing world. Here’s a look at the trailer to help you along:

My take on the 8 part series

I was able to get early access from Netflix (thanks team) to binge all 8 episodes. I want to be honest, for most of season 1 I was bored. Most of the characters felt somewhat unoriginal. I thought the story dragged on and many of what could have been easily covered in one episode went on for 2 or 3. Josh Duhamel plays Sheldon Sampson, the Utopian, and I found his character unlikeable. There was no depth to him or his wife Lady Liberty, Grace Sampson. There are a host of interesting characters that pop up but are quickly brushed aside for the story around the Utopian and his family, which just felt a little bleh to me. I realise there needs to be foundations set so we understand the power dynamics at play – but I though the entire Sampson family was a boring cliche we see time and time again, only this time they got some super powers. Despite this, I pushed on to see this through.

It isn’t all lost. Ben Daniels plays Brainwave, also known as Walter Sampson – Sheldon’s brother. His power is fascinating and his story unravels as the show moves, while the unravelling happens at the pace of snails, he was one of two characters who kept me watching and deserves credit for that. Ian Quinlan plays Hutch, because every story needs a bad boy. I loved him. He had some great lines and moments that I enjoyed. I thought Quinlan did a fantastic job of bringing him to life. Despite this, I still found myself wanting by episode 6. I couldn’t feel where the show was going. It felt like Jupiter’s Legacy was throwing down so many foundations without really trudging forward.

It took 7 episodes to get to the point. Episode 8, and the final episode in the season, is a crazy roller coaster of madness, plot twists and fun. By the time it was finished I was FINALLY hooked on the show, only now the season was over. It didn’t leave me wanting more, it left me disappointed I had to go through 7 hours before getting to the real substance of Jupiter’s Legacy. And that is the thing – there is substance, if you hold out to the final episode.

Should you watch it?

If you like superhero stories you’ll find it engaging. This isn’t a show to binge though. You’ll feel the drag and be annoyed. You’ll need to stagger it out. The final episode is the redemption of the whole show and truly, if we’d seen more of that across the rest of the season I’d be writing a very different blog post. It is clear we’re being set up for a Season 2 and I can only hope it is less of: Sheldon struggling with the weight of being a pretty boy favoured son who seems to get all the good stuff, but still pretends like his lot in life is so tough, while being a selfish twat and treating his family like crap and more of the interesting characters with a little bit of depth. It’s a fun show and it has the potential to be a great show. But you need to sludge through Season 1 first. Fingers crossed Netflix gives us Season 2 fast, or I worry this one might fade into the shelves of shows that could have done better.