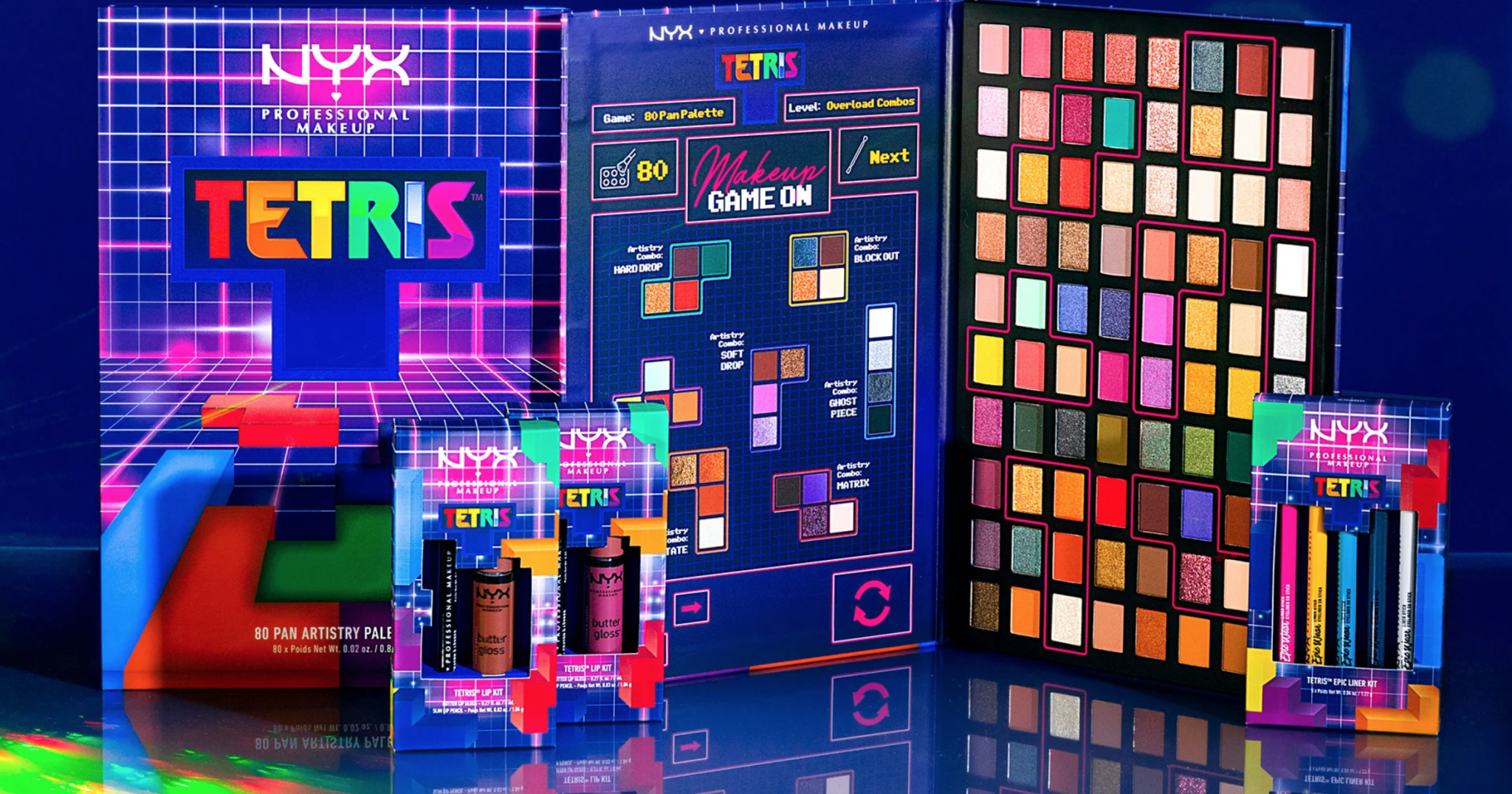 Ah Tetris, the block matching game we’ve all played since forever. Over the years you’ve likely jammed Tetris or even the battle royale type Tetris mode offered on the Nintendo Switch. The game is more than 30 years old and even non-gamers have likely given it a whirl at some point. Also, it now has its own inspired make up line. As confused as I am? Read on.

NYX Makeup launched their Tetris themed collection at the end of March. The collection has four different products (though two are sold together) that are packaged in a very 80s retro themed look to give homage to the iconic video game, which has reportedly sold more than 202 million copies world wide. 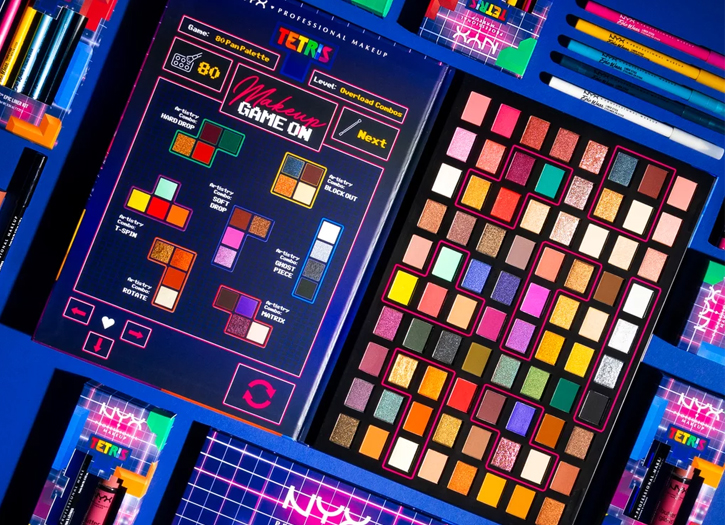 The signature item in the collection is the Tetris Jumbo Shadow Palette. The palette has 80 different eyeshadow shades on it and is decorated with a few Tetris shapes. There are a huge amount of colours on the palette: from brown and beige neutral tones to crazy neons. The shapes on the palette indicate “Artistry Combos” to help you blend some fun styles. With the sheer amount of shades available – this is a pretty decent eye shadow palette in terms of options. 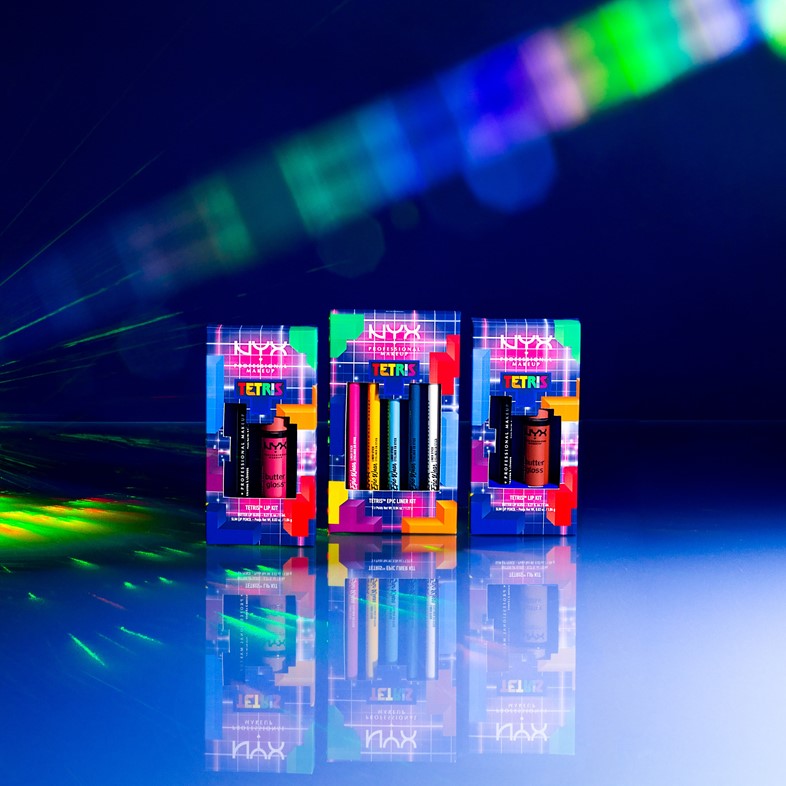 There is also the Epic Liner Kit which comes in 5 shades, none of which are black (which is surprising for eye liner right?). Feeding in to the 80s fun, the liners are available in white, pink, yellow, baby blue and turquoise. Another product in the collection is the Tetris Lip Kits which have a butter lip gloss and lip pencil inside. Both are a neutral pink shade and named Angel Food Cake and Bit of Honey respectively. Don’t eat them though. That’s weird. 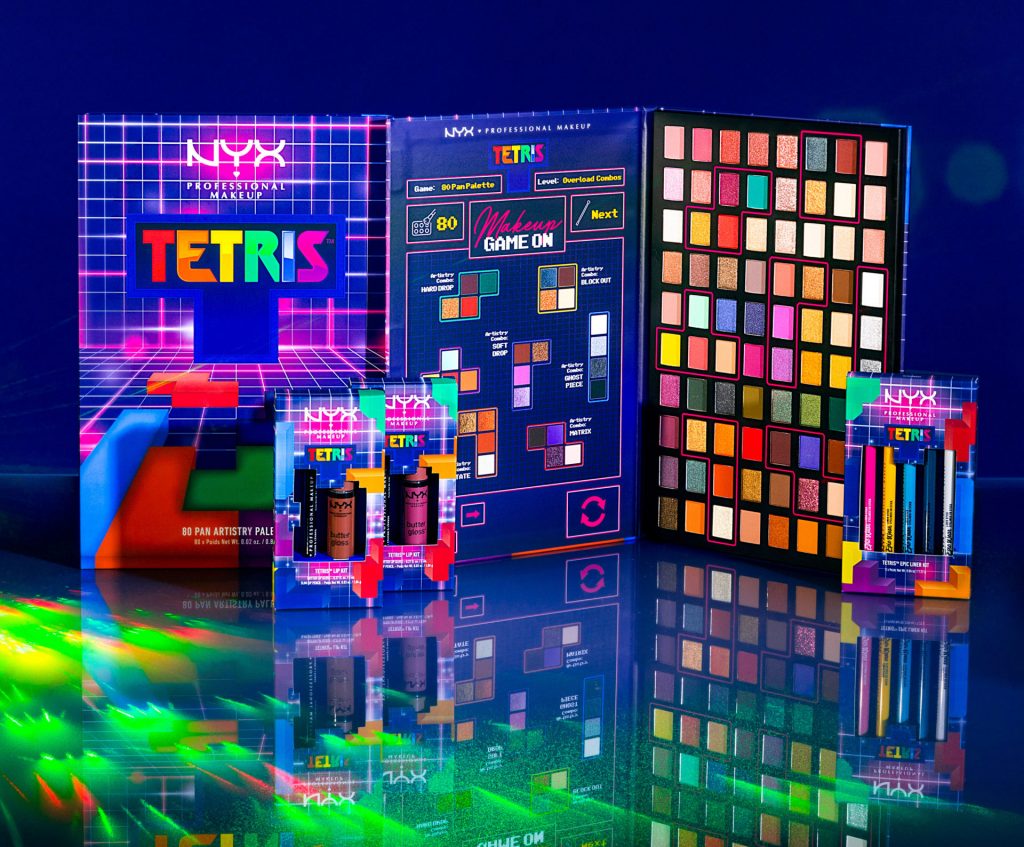 NYX has traditionally been sold at drug stores in South Africa and had a stand alone store in Johannesburg too. Unfortunately the brand is reportedly pulling out of South Africa which means, if you want your Tetris collection, you’re going to need to import it yourself. Shimmer and Shadow is a South African company that imports custom make up orders, handling customs and shipping, so might be worthwhile messaging them on Instagram if you want to get your hands on the Tetris items.

While not strictly video game focused, I love the lip colours from the Maybelline x Marvel collab and use those all the time as well: