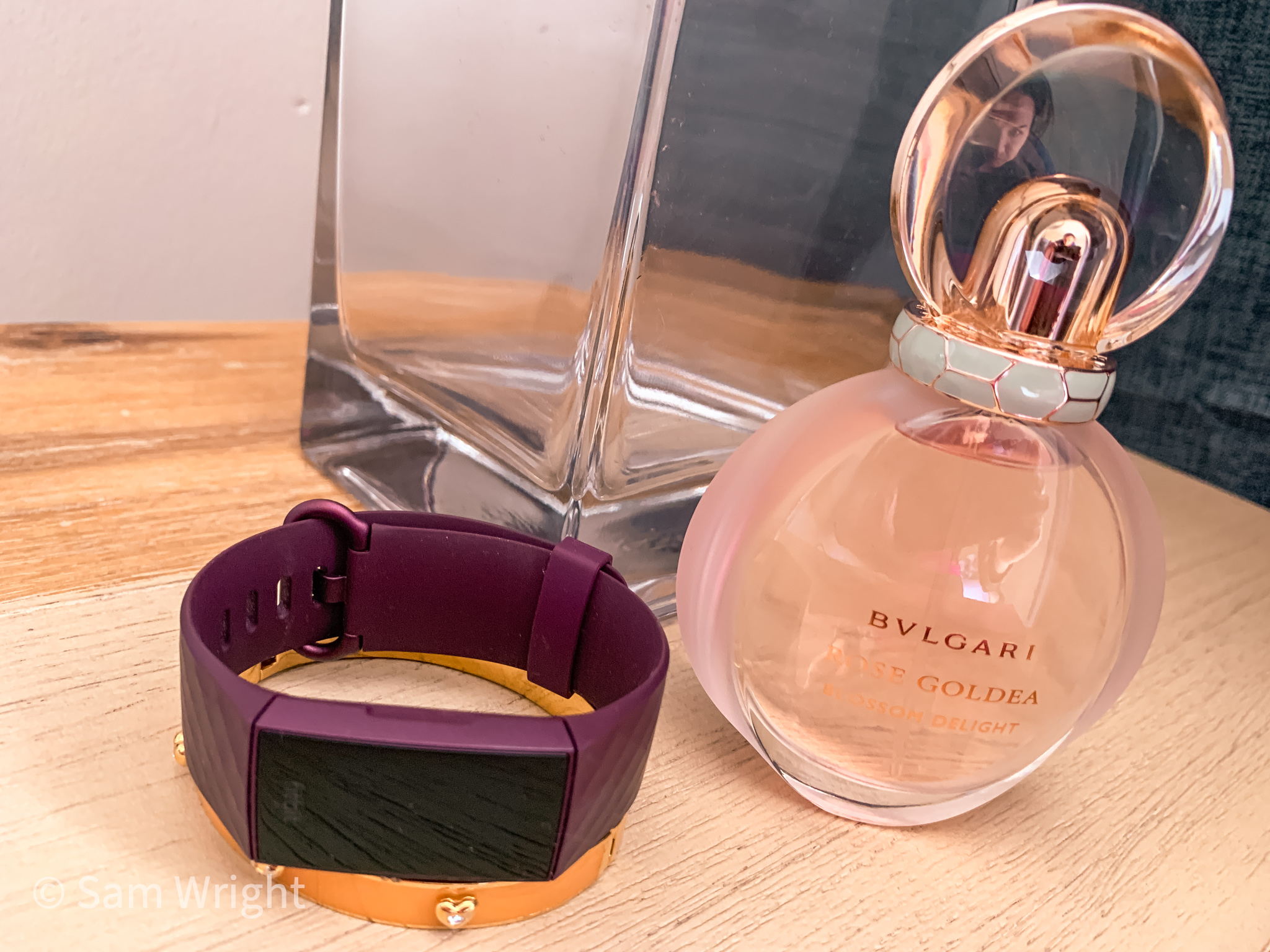 A new fitness tracker for you

Before I begin this review I want to let you know that my day to day watch/wearable is a Fitbit Versa. I’ve been using it for years and is usually my go to. Swopping it out for a week was tough. I’ve got used to using it and I’m not the biggest fan of change. However, the Charge 4 arrived to try out so I did the swop for a week to see what the band offers.

For those who prefer a more visual look at the band, my friend Hans from Vamers did such an incredible video that echos a lot of my thoughts in the review. You can watch that here:

The Fitbit Charge 4 is bulkier than older Fitbit trackers but more rectangular than the Versa which has a watch design. In the box I got the Charge 4 with a violet band and a longer band included (for bigger wrists). You also get the charging cable. It’s a pretty short cable so isn’t ideal for next to your bed. The cable length is slightly restrictive. My favourite thing about the Charge 4 is how easy it is to swop out the bands. Unlike the Versa which has pin connections that are finicky and difficult to deal with, the Charge has two neat buttons that will allow you to swop between fitness and day time looks easily. Off topic, Blend.Style is my favourite go to if you’re looking for new Fitbit bands:

The Charge 4 has a simple enough display that allows you to customise the clock faces, to a point. The screen is black and white with no colour options. I wasn’t in love with this look but I think it comes from having a colourful Versa screen. The customisation allows you to include the necessary fitness info you need and organise accordingly. As I mentioned before the band itself is a bit thicker than previous Fitbits I’ve used. I liked the strap though, it wasn’t as “silicon” as I’m used to and much preferred it on my wrist. Especially when working out. I found past Fitbits got sticky underneath during a workout and irritated my skin. I didn’t experience that with the Charge 4 and I’m presuming it is a different type of material in the band. It’s still silicon but it definitely has a different feel. 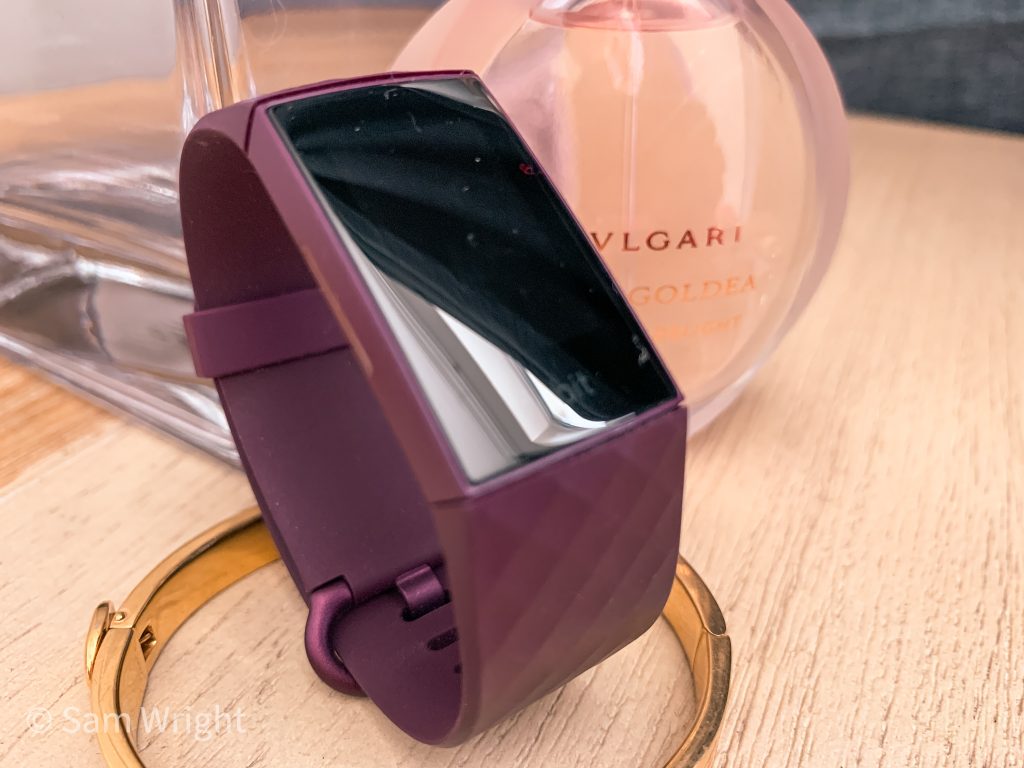 Where the Charge 4 trumps the Versa, in my opinion, is battery life. I used the fitness band for close on a week and only needed to charge it again on the 6 day mark when it hit 20% battery life. It has all the usual Fitbit features you know (I’m presuming you’ve read my past Fitbit reviews at this point). You can track steps, work outs and heart rate. You can also track sleep and the Charge 4 includes a few more additions specifically focusing on sleep – something the company seems to be moving towards with their tech. The idea is to ensure sleep and stress are given the same amount of attention as exercise to ensure a holistic approach to your wellbeing. The Charge 4 has built in GPS. You’re able to now utilise that for running and cycling without needing to keep your phone with you. There’s also a battery saving option called dynamic GPS where the band will swop between using onboard GPS and your phone’s GPS if the phone is nearby.

The band integrates with the Fitbit app, which is a wealth of information. While you can’t add whats app messages to the Charge 4 you will be able to use Fitbit Pay on it. Which is a pretty nifty feature (and works in South Africa, albeit at retailers with a tap portal):

The Charge 4 also has Spotify integration (but no onboard memory for music storage). There’s also a new feature called “Active Zone Minutes” when exercising. Basically the feature awards you points for a work out based on your age, resting heart rate and how hard you worked out based on these. There’s a heart rate monitor built in on the Charge 4 but I’ve always find wrist heart rate measurements inaccurate so I don’t put a lot of focus on them. The Charge 4 has all the things you want in a fitness band plus all the special additions Fitbit brings to the party in terms of functionality, stats and ease of use. 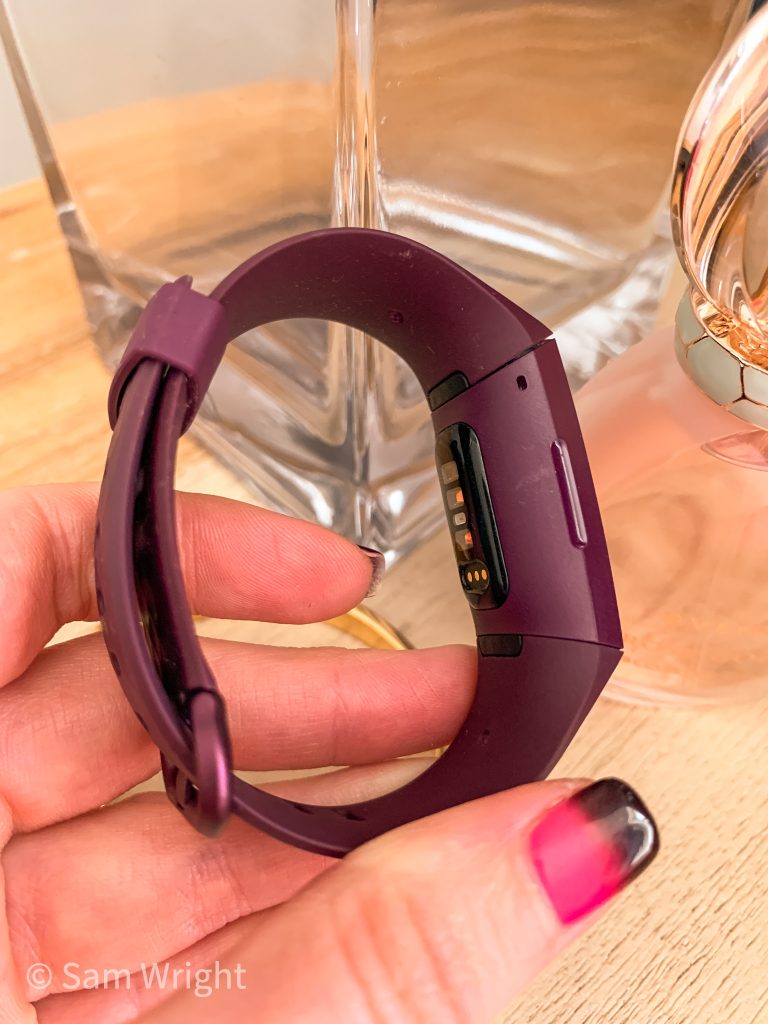 I think, if you’re a work out junky, this is the perfect Fitbit for you. It’s understated and simple while making sure all your fitness goals can be planned, tracked and met. I definitely think the Charge 4 is suited to the more active amongst us. It retails for R2 999 and is definitely the most advanced fitness tracker I’ve used. HOWEVER, I prefer the Versa as an every day smart watch/wearable. So if you want a wearable that feels more smartwatch than anything else, the Charge might not be it. If you want something because you want to optimise your fitness journey this is the only pick for you. You’ll love it!

Disclosure: I was sent a Fitbit Charge 4 to review and keep. 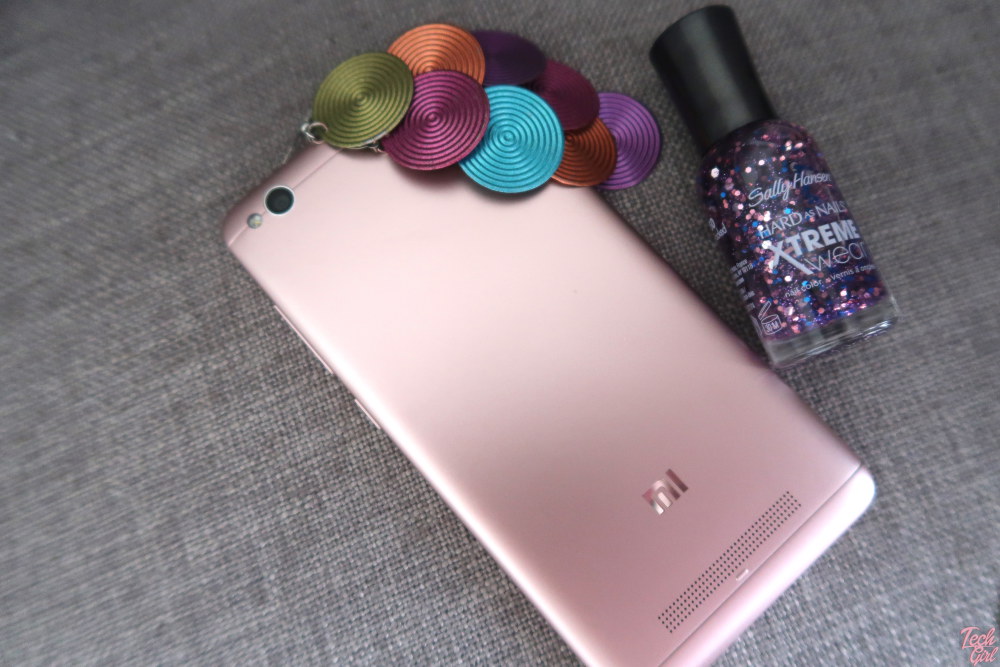 The Xiaomi Redmi 4A Review: The best budget smartphone yet?