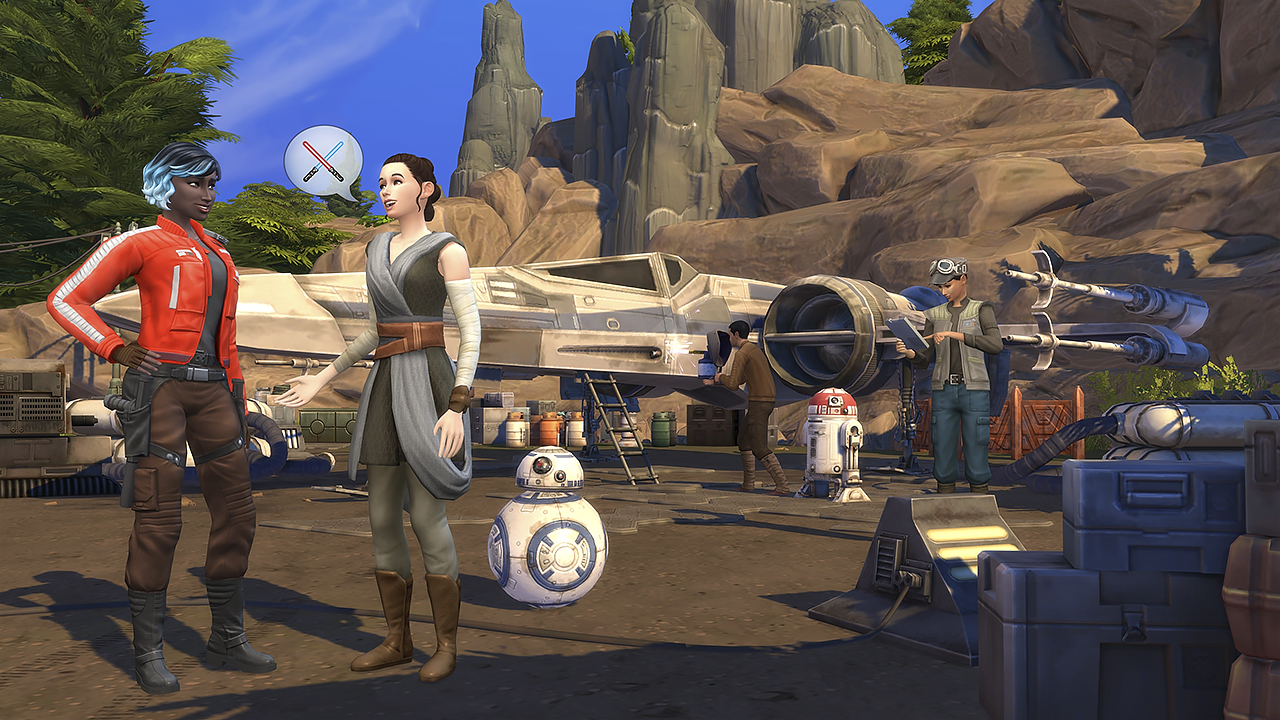 The Force is not strong in Sims fans

Electronic Arts announced the latest Sims 4 pack at Gamescom last week and people were not happy. The pack is called Star Was: Journey to Batuu. Set to drop on 8 September the pack is a collab between the Sims team and Lucasfilm. You’ll be able to send your Sims to a planet that is inspired by a location utilised in various Disneyland spots (the marketing tie ins here are already hurting my brain. Well played Disney). There’s an intergalactic bar called Oga’s Cantina, Rey and Kylo Ren are hanging around, you can get your own lightsaber (again, still confused why this isn’t rad) AND the Millennium Falcon makes an appearance. As a once a year for 6 hours Sims player I actually got excited about this. It’s the Millennium Falcon dammit. THE MILLENNIUM FALCON! You also have the chance to cross over to the dark side if that is your vibe. I kind of like it. The pack costs around R350 and drops on 8 September. 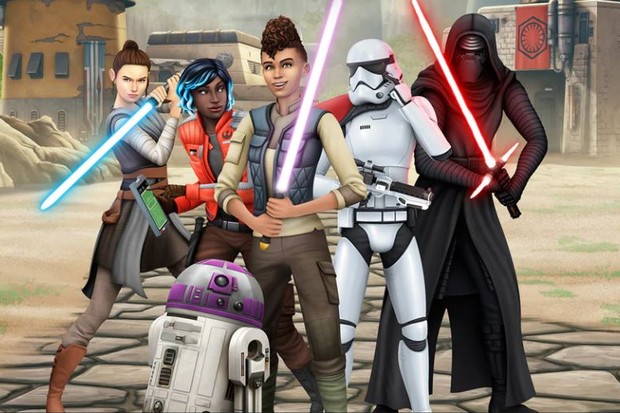 The pack itself was met with unhappiness by hardcore Sims fans. The majority of reactions were negative with a lot of players complaining that this was not at all what they wanted.

It has been over half a decade of the Sims 4 and we still don’t have:

But at least we’re getting a sTaR wArS pack 🙄

A STAR WARS PACK IN THE SIMS 4???? IF I WANTED TO PLAY A STAR WARS GAME I WOULDVE BOUGHT ONE???? I HATE YOU. ALL WE DO IS LOSE pic.twitter.com/32pyO9Ysem

I’d rather have horses in the SIMS 4 than Star Wars 😭😭😭 pic.twitter.com/AmV5OggcUT

The official trailer has far more dislikes than likes and the comments are predominantly filled with folks accusing EA of being money hungry. I’m a bit confused, folks know they don’t HAVE to buy this pack right? They can happily not spend money, not have a lightsaber and go on with their lives? Here’s the trailer. There’s a purple R2D2, I approve:

Personally, I thought this was cool. I’m not a hardcore Sims player but I honestly think I’d spend some cash for this one and dedicated my 6 hours a year to this. I like it. I get that others don’t. There’s always going to be two sides to this one and I think Clare Siobhan said it rather eloquently in her video about it (definitely watch if you’re a Sims fan):

Here’s the thing – if you like the pack, buy it. If you don’t like the pack, don’t buy it. Honestly, it is that simple. But what do you think? Is all the negativity online justified or are people just being weird? Let me know in the comments what you think, or don’t. I’m going to start thinking about my customised BB8.