You can now tweet using your voice, but only if you have an iPhone

Also Gwyneth has a new candle

This week has been so cold that I’ve been layering up and wearing my gown 24/7. South African houses aren’t built for single-digit daytime temperatures. Even with long hot baths, heaters, water bottles and an electric blanket, I’ve still felt the cold. But you know what isn’t cold? This week’s edition of Bytesized. (I’ll let myself out now).

It’s still going to be cold this weekend. Here are a few things you can do that don’t involve leaving the house.

Twitter Voice: no text, no pictures, no video, just voice

Twitter has released Twitter Voice, which lets you send voice notes of 140 seconds or less as tweets. Currently only available on iOS.

I like twitter because it is mainly text, videos have subtitles and I can get the gist without having to turn up the volume.

A voice tweet in my Afrikaans accent? No THANK you 🥴

Cardi B tested it out and made me really wonder if this is a good idea.

Can you believe it was only in January when Gwyneth Paltrow released a candle that smelled like her vagina for over R1000 that sold out in two hours? Well, she is back with more… introducing the This Smells Like My Orgasm candle. And while it is also $75, thanks to the exchange rate, it will now set you back R1300. It is available for pre-order and ships in the US on the 25th of June. 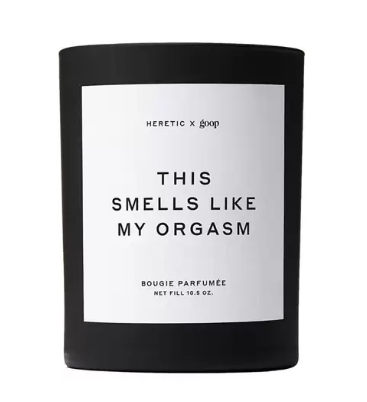 Diego, the giant tortoise, who saved his species goes home

If this was a Disney Homeward Bound style movie, I would totally watch it. After fathering 800 tortoises, Diego saved his species from the brink of extinction in only 44 years. And now he has been taken home. Watch the video to see how giant tortoises get moved. From the back of a bakkie, to a dingy, then to a boat, back to a dingy and finally strapped onto hiker’s backs and brought home. I am no tortoise transport expert, but it was quite something to watch.

These Galapagos tortoises are finally returning home after breeding saved their species 🐢 pic.twitter.com/znMpe4miem

Playstation 5 is kind of a BIG deal

The Playstation 5 debuted and people were a little surprised by the size. I know I am late to the party, but last week a friend let me use their Switch. I started with Cat Quest and then moved on to Zelda. I am hooked. I am stuck on one part, but I’m hoping to nail it this weekend.

I have been laughing at this for five minutes pic.twitter.com/aS1sAZ57Uz

If you’re looking for some REAL info, Sam did a round-up here:

And now for the cutest thing you’ll EVER see

I can’t stop watching this and it only gets funnier. Make sure you turn up the sound.