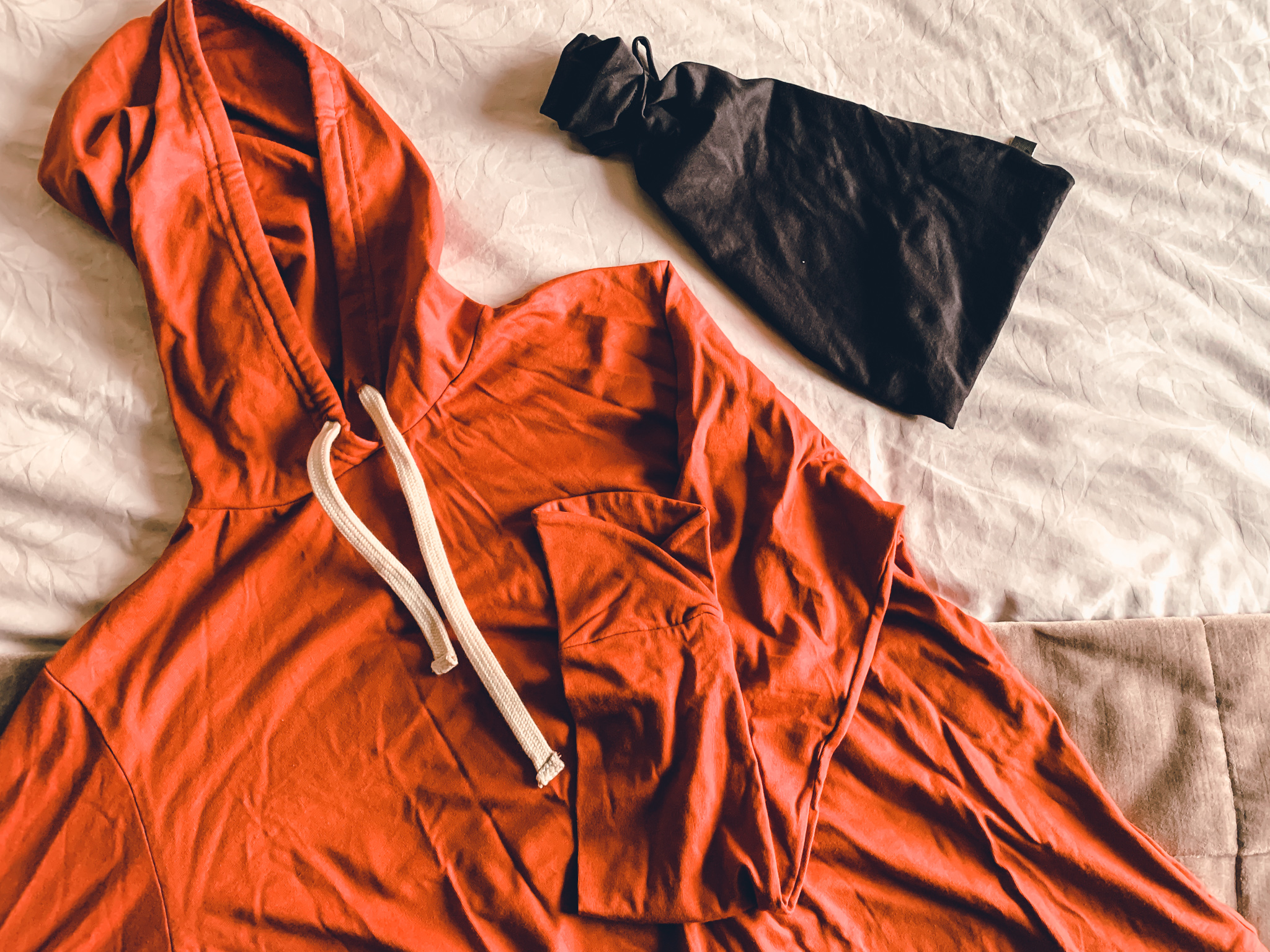 I’ve followed The T-Shirt Bed Co. for the longest time on social media and have considered buying their bed linen for the longest time. Though, I haven’t. However, mid May I was chatting to my friend about desperately needing some tracksuits for chilling around the house during lock down and she immediately suggested I check out STRONG, which is the new Loungewear range offered by the company. I really wanted to support a South African company and so decided that I’d be ordering from them rather than purchasing the imported stuff from mass retailers. I also decided to document my experience shopping online as part of my online shopping reviews.

Using the website for the STRONGER range is really easy. However, before you start buying, make sure you’ve done your measurements. Before buying clothing online I always update my measurements and make sure everything fits, because I really don’t want to go through the headache of returning clothing items. I just used a tape measure and got my mom to assist in measuring me and making sure I had all the right sizes. There is a measurements page on the site that you can them match your measurements to their items and work out what fits.

Purchasing online was simple and their online site is really easy to navigate. A good few colour choices were out of stock, but I was still able to get close enough to what I wanted without any issue.

Checking out and payment 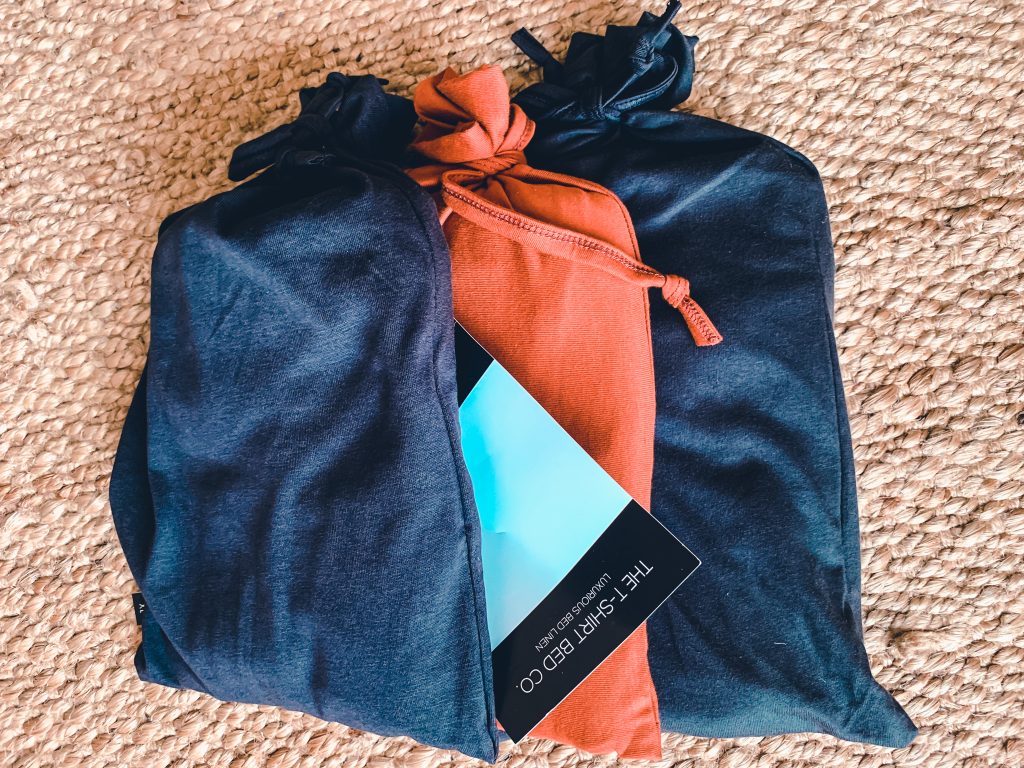 I paid via debit card and the site works well. The site accepts debit and credit cards as well as Zapper payments and even mobicred if you’re wanting to buy stuff on credit. There is also an option to do an EFT. All the payments run on PayFast which I’ve mentioned before, is a payment gateway I like using and use myself on this site. Payment was quick and simple. I immediately received an email stating that my order had been received. This is where the review gets a bit tricky.

Receiving my items and the courier company 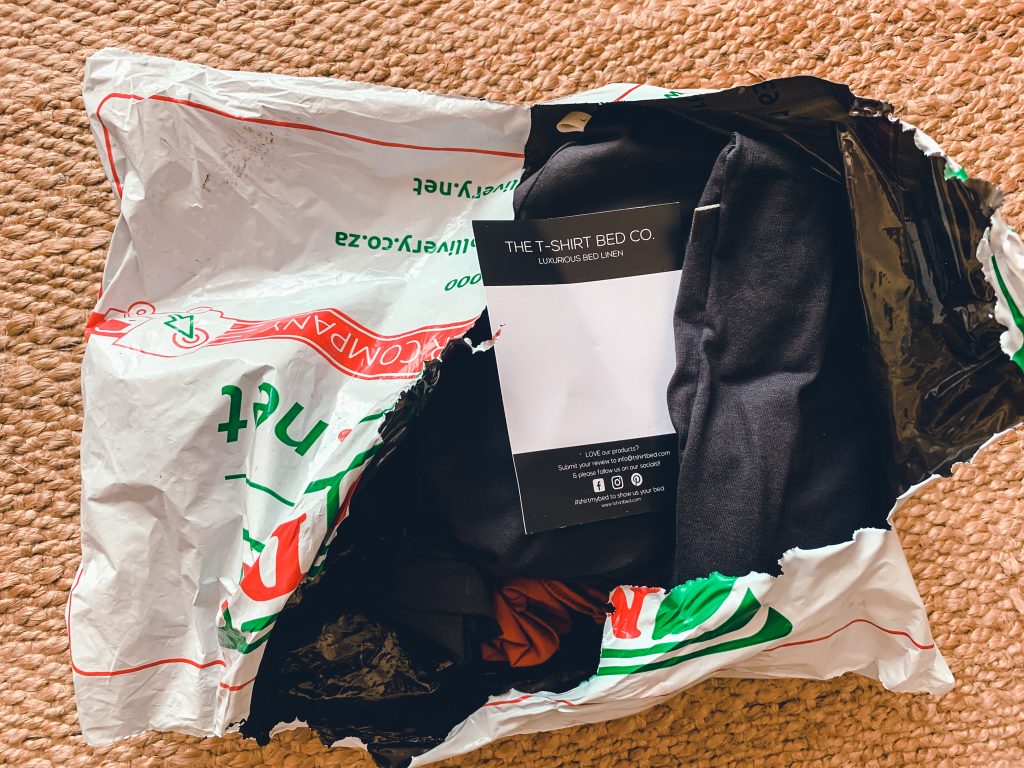 I placed my order on 11 May. The site does say you need to wait 10 working days for delivery. While this timeline did seem a bit long I was okay with waiting. However, after receiving confirmation that my payment had gone through I heard nothing more from the company. On 20 May I received a mass mailer regarding pre-orders. The mailer stated that fabric had been received and clients could now place orders and reserve their favourite sets. This mailer was specifically for the STRONGE range and some of the colour/fabric selections mentioned were ones I’d ordered. By 25 May I’d not heard anything further about my order (granted this was the 10th working day since I placed my order), so I decided to email as the site had said 10 working days for delivery. I received a mail letting me know that The factory was celebrating Eid Mubarak and not available but that if my order had not been dispatched it would be dispatched that week. The company also let me know that they were experiencing a major backlog because of lockdown.

This is where I feel conflicted in this review. I’m of course well aware that lock down wrecked havoc. I’d placed my order during Level 4, when winter clothing was allowed to be sold, but no doubt the factory staff would be far less and it would still be difficult to fulfil orders. We were now out of Level 4 but I completely understand that delays are possible.

On 29 May I’d still had no update from The T-Shirt Bed Co. and my order was still processing according to the website. The company immediately responded and let me know that order would be dispatched on Monday morning (1 June). On 2 June I reached out again as I’d still not received a tracking number and the online store still had my order as “processing”. At 1pm on 2 June I received my tracking number. It was also at this point I saw that MDS Collivery was the courier company.

I actually used to use Collivery regularly myself, but stopped a few years back when the level of service dropped. I’ve had a few headaches with them but hoped that there wouldn’t be an issue. On 3 June I received a call at quarter to 8 from the Collivery driver asking for my address. I gave it to him. At 4pm I received another call from Collivery to let me know that that parcel hadn’t been delivered because the area I was based in did not fall under Johannesburg (I live in the Olivedale/Douglasdale area) and rather Randburg. It had been sent with the wrong driver, as the address said Johannesburg. This is on me, I’ve got an automated input for my address and have not experienced an issue before, but obviously this was a problem. The agent explained my order would be delivered the next day. On 4 June at 3pm the package still hadn’t arrived. On tracking it online I saw there was a note on the order to say “Collivery being held (check your email)”. I rang the courier and after being on the call for around 10 minutes (mainly on hold) was told that the company that sent the mail needed to phone the accounts department and that the courier could not discuss this with me. I asked when my package would be delivered and was informed the agent “could not disclose this information to me but rather the company that held the account.” I then had to send a mail to The T-Shirt Bed Co. At this point I actually asked for a refund because I was a bit frustrated. They responded apologising and followed up with an email assuring me the delivery would arrive the next day and offered me a 10% discount on my next purchase (which I’m loathe to use until Lock Down levels are no longer in place, based on the experience I had). My order finally arrived at around 3pm on Friday 5 June. 19 days after purchase. 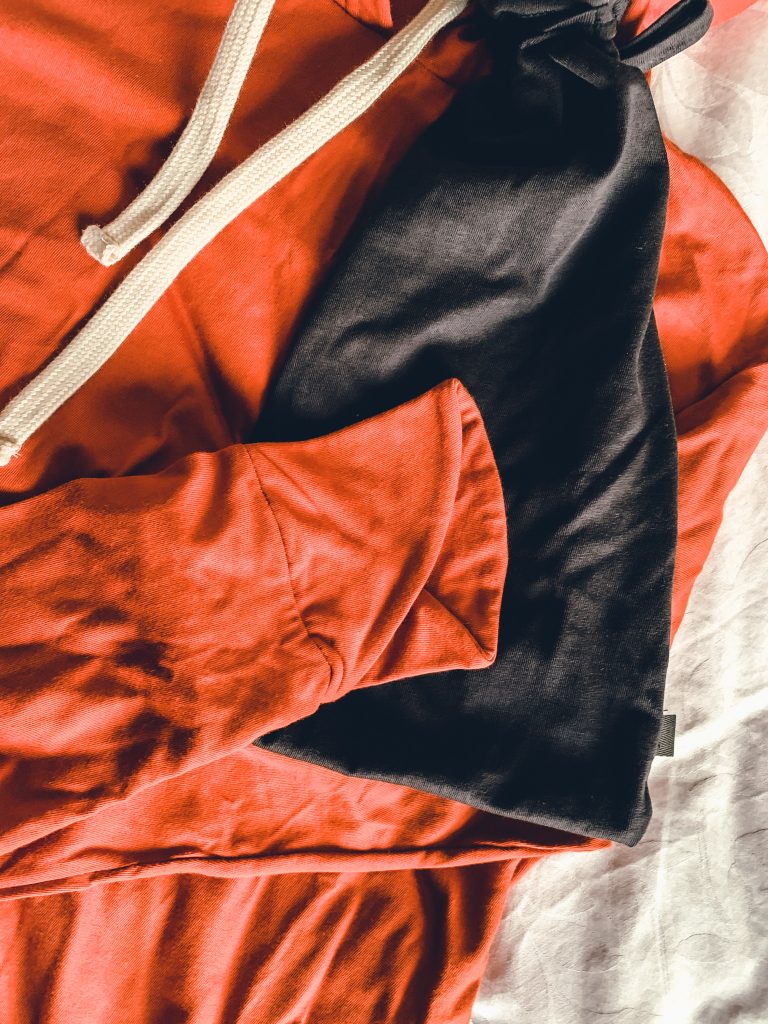 The package arrived and I LOVED that each item was individually packed in its own little T-shirt material bag. The items fit perfectly, as per the sizing chart, and are divine. The cut isn’t exactly ideal for my body shape and I do think if you have curves you might not love the cut, but as far as Loungewear goes, the items are really nice. The material is super soft and comfy. I purchased a pair of lounge pants, a long sleeve top and a hoodie in rust. The top and pants were a charcoal colour. I really love the products. The material is thin but actually comfy and surprisingly warm despite it being T-shirt type thin. The products are divine. All three items together cost me roughly R1270 (shipping was free because I was spending over a certain amount).

I do think my shopping experience was likely not the norm. Covid has wrecked havoc on smaller businesses and I get that. However, I really do wish there was some sort of communication during the process. While the company was great at replying when I queried, I think a delay update on the site before ordering or an automated email might have alleviated some of the stress I was feeling. The courier issues were just the cherry, but by no means the company’s fault. I’m aware Collivery is tempremental.

Disclosure: I used my own money to make these purchases and The T-Shirt Bed Co. was not aware I was going to review their offering. 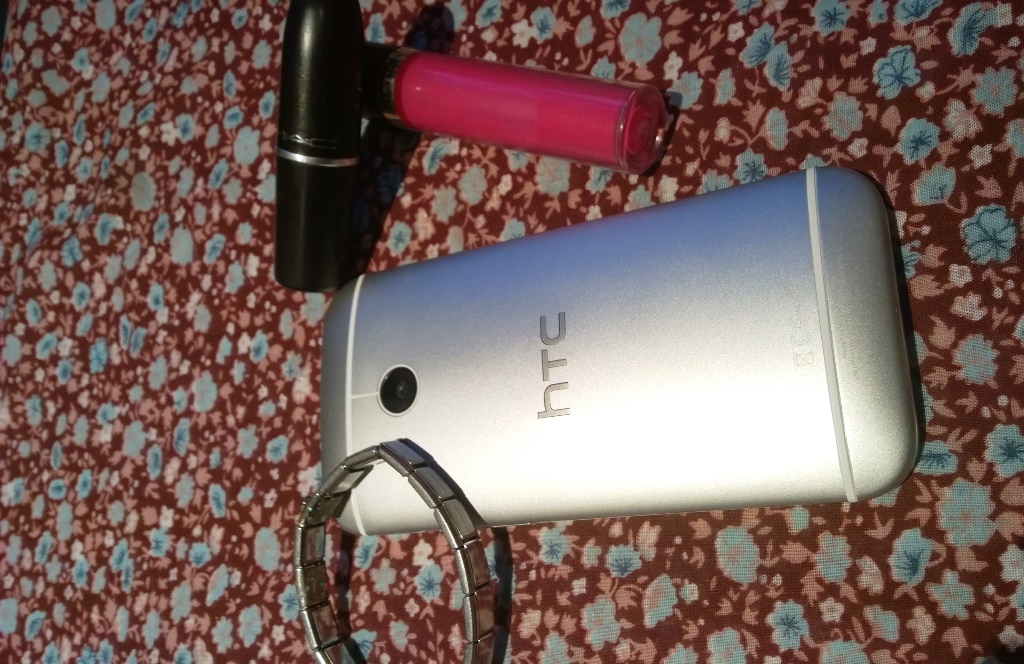 The little shining star – the HTC One mini2 review