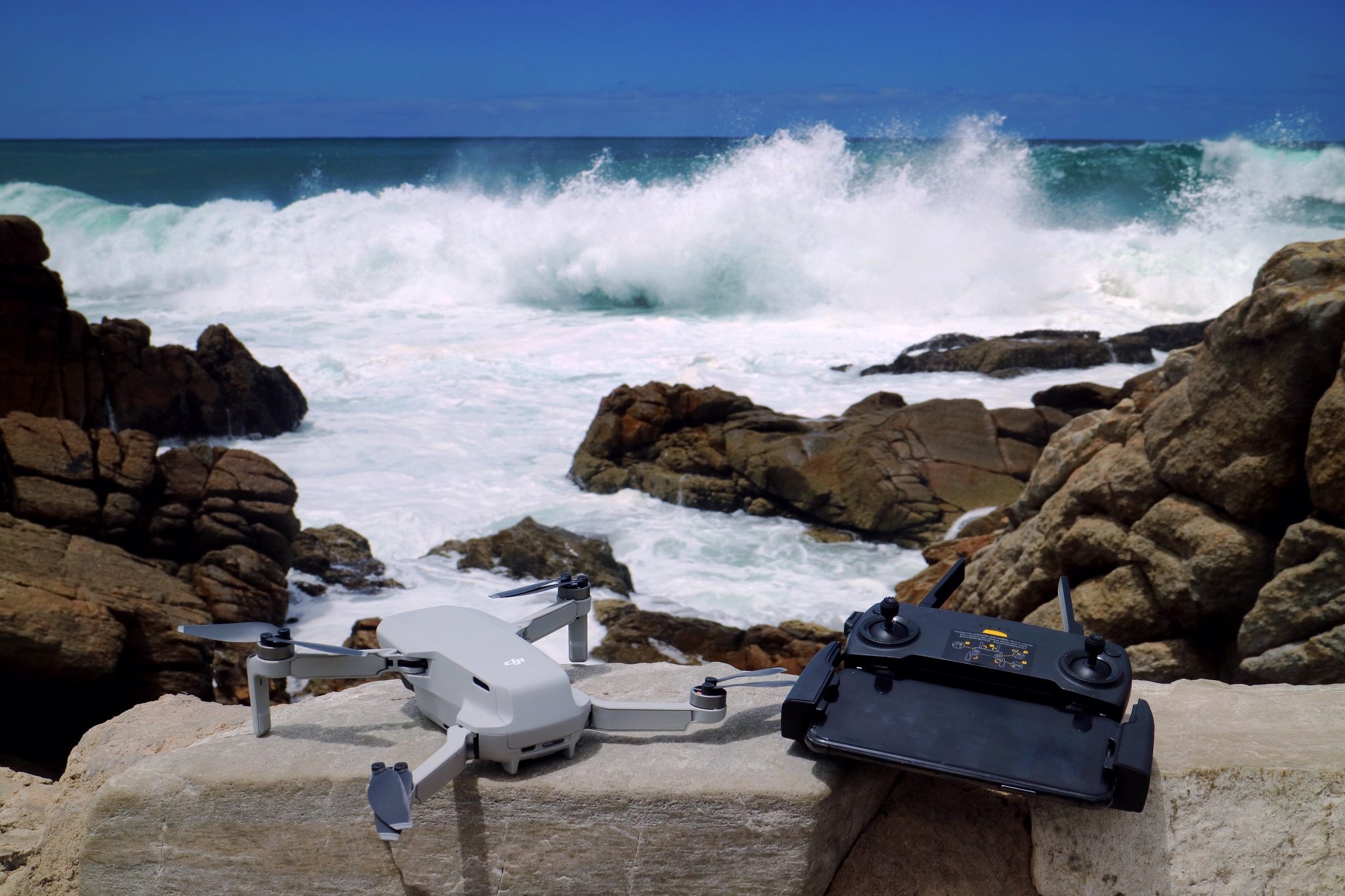 DJI Mavic Mini – A Cinematographer in your pocket

Before I jump into the review of the DJI Mavic Mini, I should probably give you some background: I LOVE drones, my whole family does. I don’t think there has been a DJI drone that has been released that my dad hasn’t purchased. So I’ve spent a lot of time in various parks and scenic locations watching my dad fly his new drone. Just after the DJI Phantom 4 launched, my dad gifted me with one for Christmas – my first ever drone! Flying my own drone was terrifying. From the first moment that I took my GIANT Drone (I swear it was the size of a watermelon) out of its equally giant case, I was stressed. 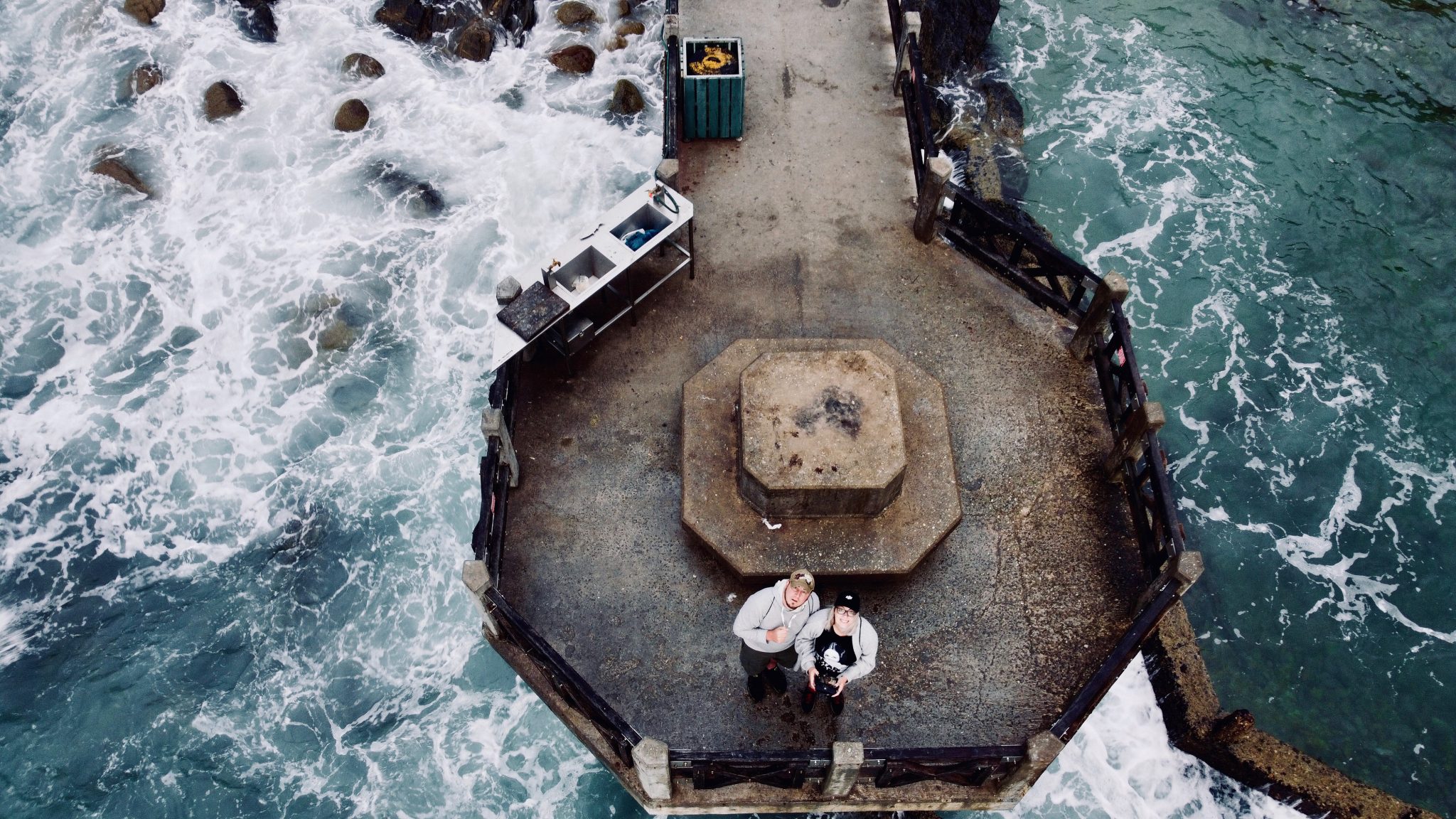 Every time, before I could fly, I needed to attach its feet so that it could stand and use a special little tool to attach all of its propellers (making sure that I attached the correct ones to the correct sides or suffer the unpleasant consequences). I also required a friend to hold my drone and do a little dance so it would calibrate, while I held the controller and made sure all the silver knobs were set correctly. Only THEN was I ready to fly… desperately praying that I didn’t blink at the wrong moment and fly my giant little baby into a tree, because I really didn’t want to sell my car just to replace it. The Phantom 4 was, and still is, a great drone. But it was too much drone for me and hasn’t seen the outside of its case more than a handful of times. 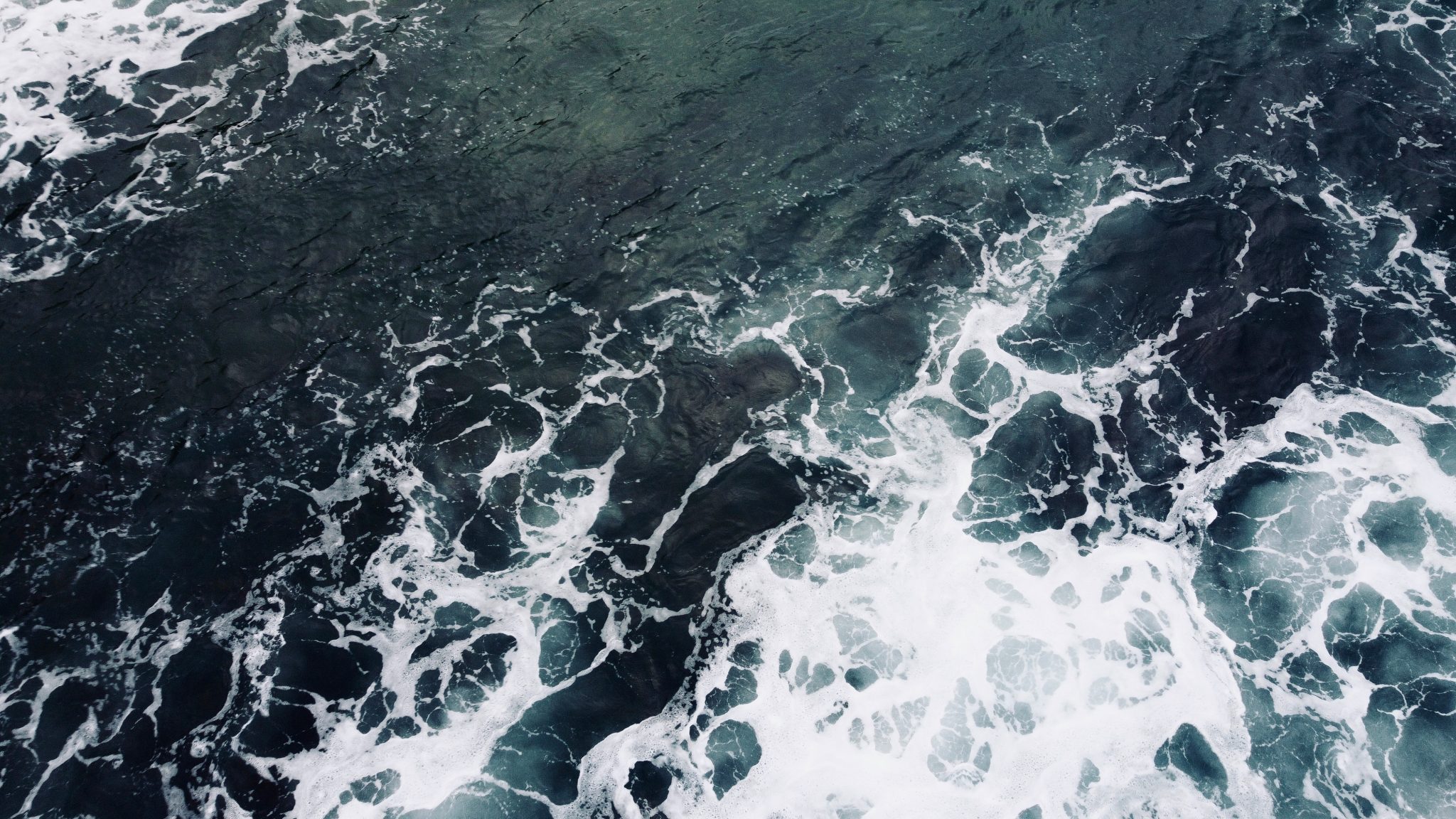 10 days ago, as I was preparing to head off on a family holiday, I got call asking if I wanted to review the DJI Mavic Mini. Fast forward and the Mavic Mini was in my handbag as I headed to Victoria Bay – a notoriously windy location and “off the grid” when it comes to any kind of signal. I’m too scared to fly my own drone in the middle of an empty park on a regular day, but here I was standing at the edge of a pier about to launch this feather-light piece of plastic into the air. The DJI Mavic Mini is roughly the size of a can of cold drink. The wind was howling and if the drone went down, the rough, icy ocean would claim it as its own. The drone took off into the air on its maiden flight, although clearly flighting the strong winds and the footage I was recording was some of the smoothest and most stable I’ve seen. Once I landed the drone (on the palm of my partner’s hand because I was on a drone high and wanted to show off) and transferred the photos and videos I’d just taken to my phone – I was hooked. 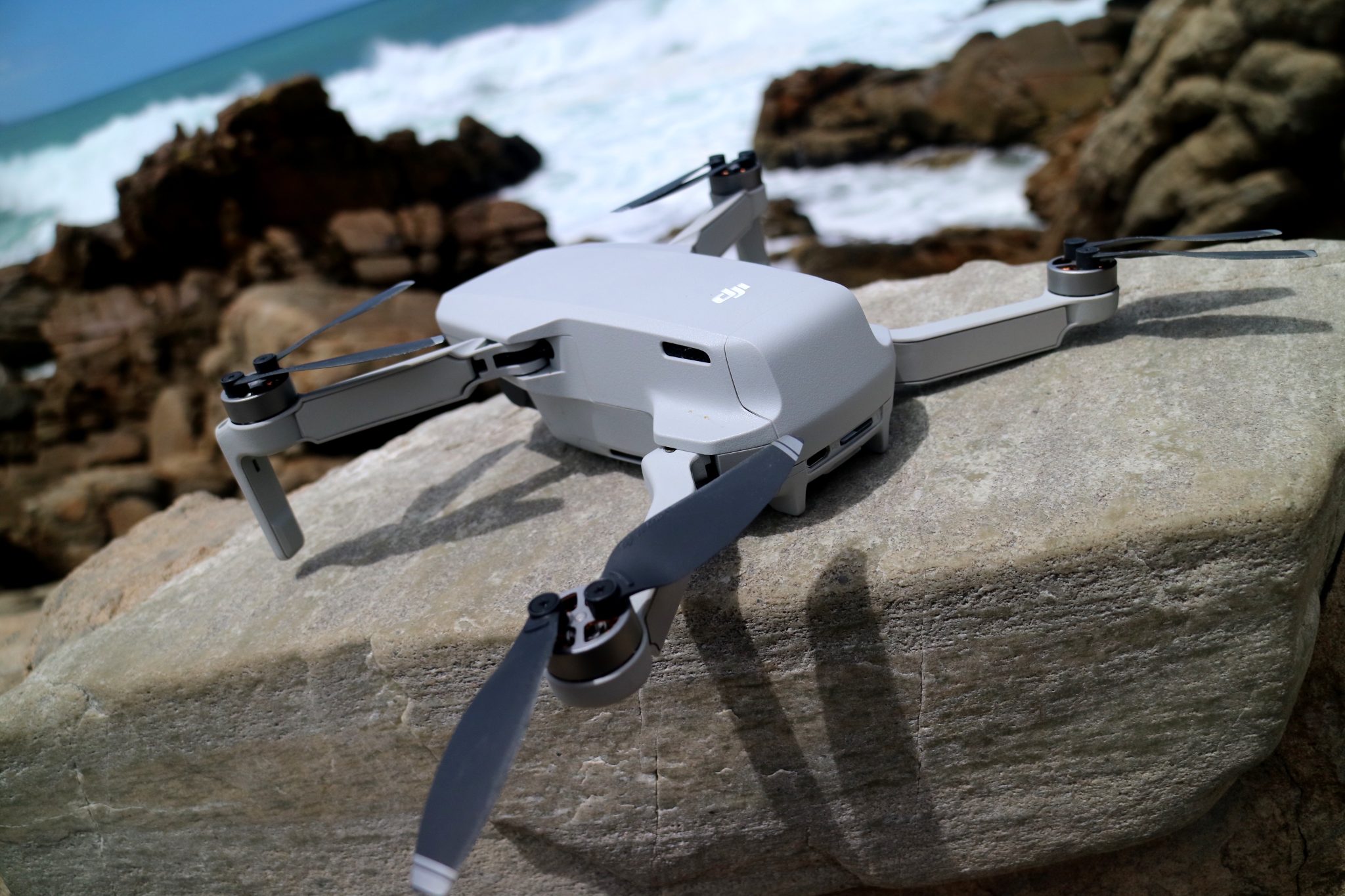 One of the biggest, stress-reducing changes between my drone and the DJI Mavic Mini is how much more user-friendly and easy to operate the DJI Fly is. DJI Fly is the app that controls the drone and the updated version really made all the difference. After your drone is out of its bag and ready to fly, all you need to do is slot your phone into the controller, launch DJI Fly and wait for a few seconds for the remote and the Drone to connect and you are ready to go. It is a hassle-free experience. Launching and landing your drone is then handled automatically by the app, you just hold a button and the rest gets taken care of for you, it’s so gentle and precise that if you’re in a pinch and you don’t have a great place to launch your drone from, you can use the palm of your hand. 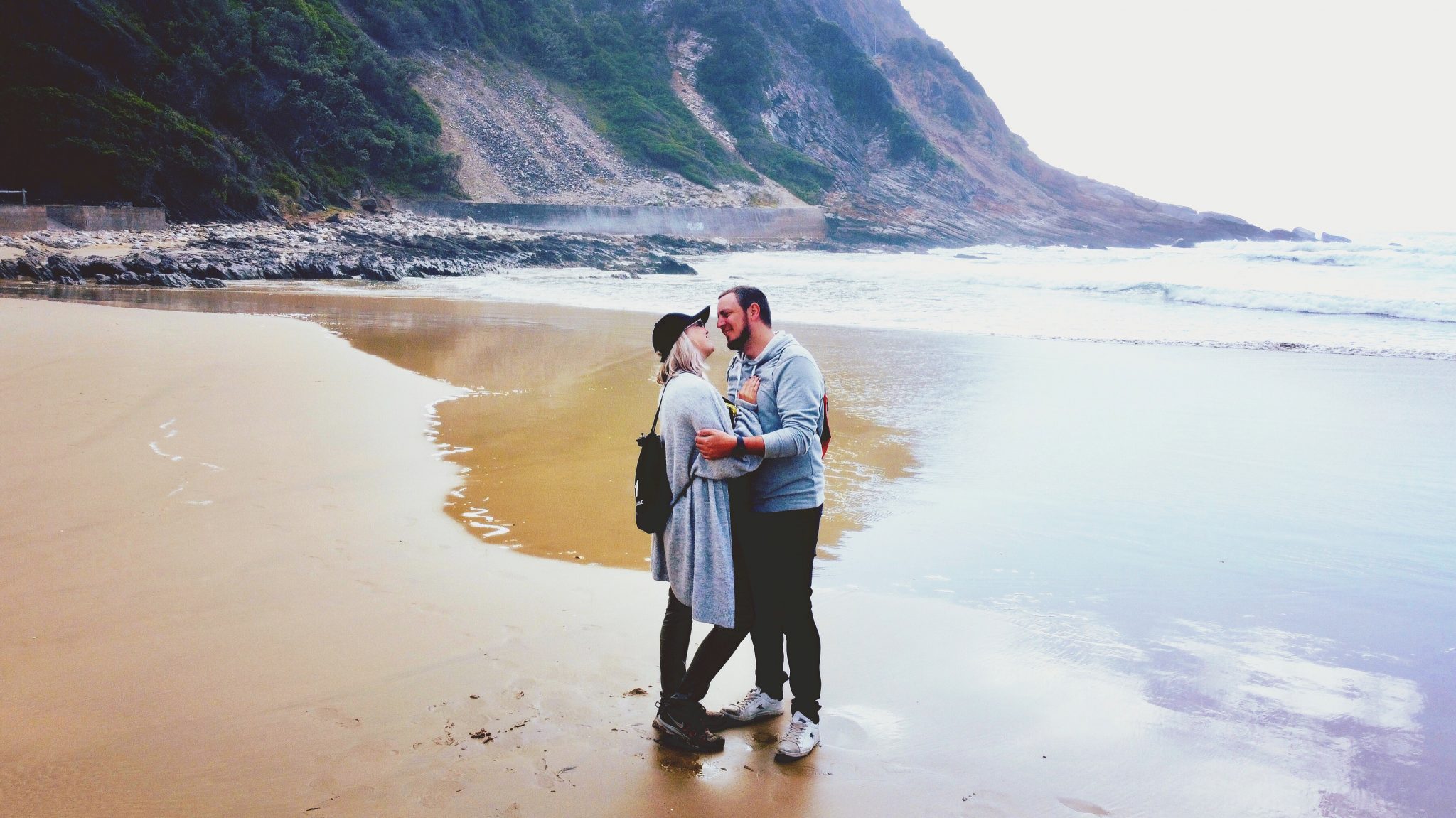 Once your drone is in the air you then have a selection of Auto modes to choose from: these range from Rocket shots that will send your drone shooting above you, to having your drone circle or even fly away from you in what’s called a Dronie shot – all of these are done by just a single tap on the screen and once your drone has completed the shot it will retrace its steps back to its starting point and all you have to do is download your new clips. Taking photos is just as easy: get your drone where you like it, click on yourself to make sure you are in focus and exposed (exactly like you would with your phone camera) and pull the trigger on the controller or tap your phone and your photo is done. There’s also a self-timer mode so that you have time to hide the controller from view before the photo gets taken.

If you wanted to know what all the the DJI Mavic Mini’s “Auto” modes look like – I’ve got you covered:

This ease of use combined with the lightweight pocket ready size of the Mavic Mini meant that over the 10 days I was away, I never once left it in the room, I always made sure it was in my bag and on me so that I could be ready to grab it at a moments notice.

While in my case, the magic of DJI Mavic Mini lies in the fact that I have to do as little as possible to get the best results possible, it’s definitely not a dumbed-down drone:

As with most things in life, there are different versions for different people, and while the DJI Mavic Mini might not be the next drone that professional filmmakers add to their collection (my dad probably won’t be replacing his Mavic Pro with it). It is the perfect Drone for ME.

This is the perfect drone for anyone who just wants to take something out of the box and be able to fly. 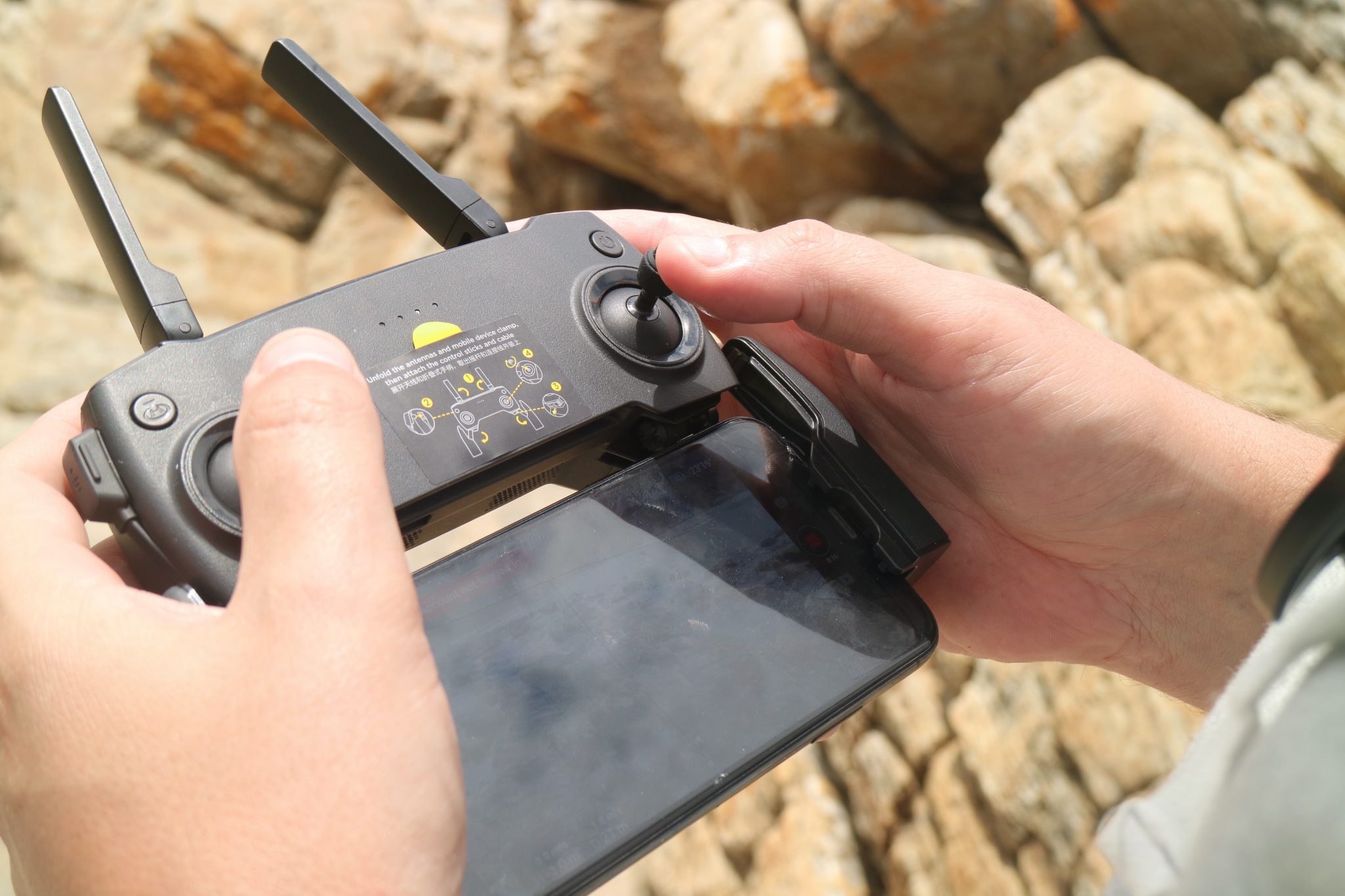 There are two different bundles for the Mavic Mini: 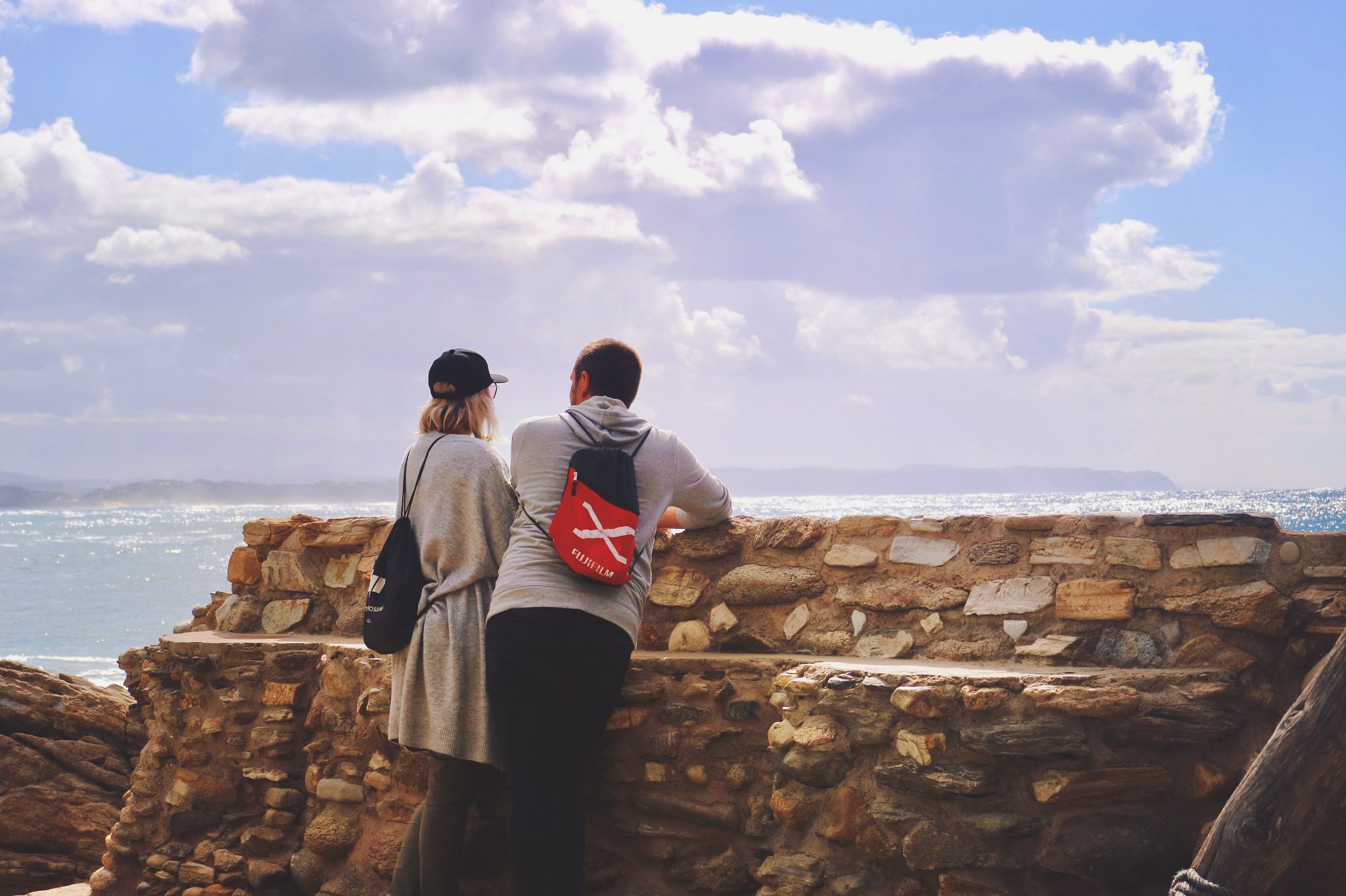 Every year when my family goes to Vic Bay on holiday my partner and I generally spend most of our days away from everyone else, out exploring over the rocks and discovering hidden caves and privet rockpools. While it’s my favourite time of year, one of the biggest downfalls is that we hardly ever have any photos to remember it by – these are spots where putting down a tripod or a camera is just too risky and too cumbersome to try and move around with while holding. This year was the first in our history of Victoria Bay that I had a way of capturing these explorations. I was able to get a shot of us jumping off of a cliff into a tiny, hidden rock pool below, I got a shot of us lying and resting on a giant flat rock after we had climbed our way to our own private beach and I was able to get shots of us just standing together on the beach during sunrise with no one else around.

The DJI Mavic Mini was more than just a cool gadget for me to play around with, it was a way for me to capture hidden little memories and moments that would otherwise be lost. 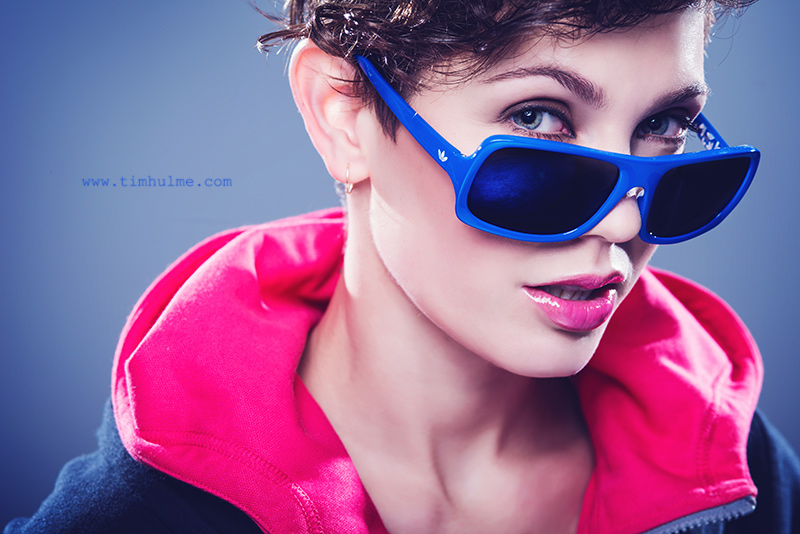