Towards the end of last year I became somewhat obsessed with Tangle Teezer. I wanted one. I don’t actually know why. Maybe I feel for the marketing hoopla. But it was this thing that I needed to get. Yet every time I walked into a Clicks or Dischem they were always sold out. Eventually my Tangle Teezer dream died. 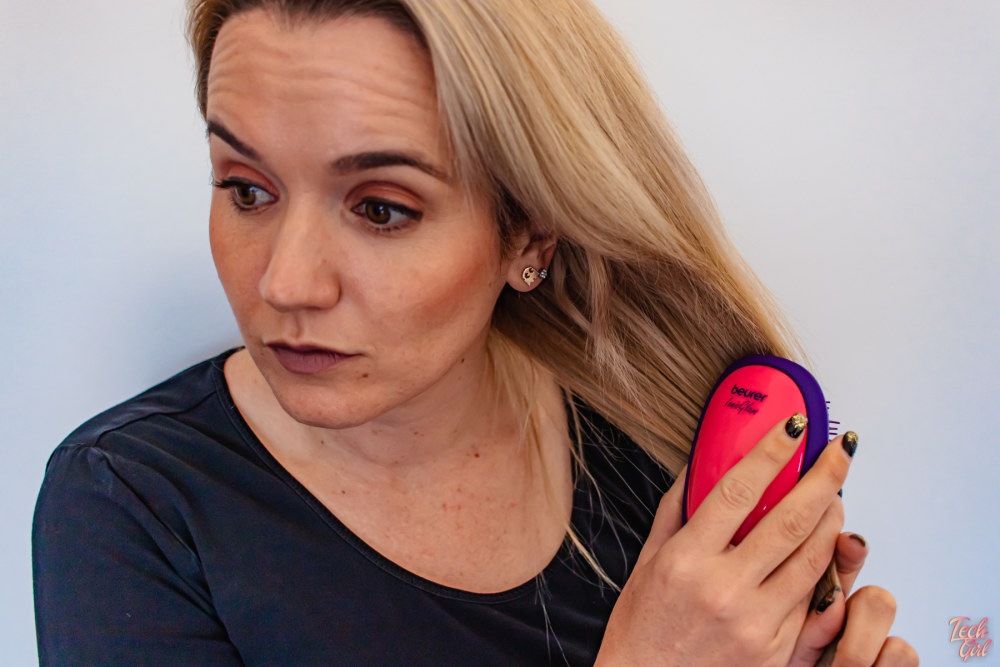 I was at Bryanston Shopping Centre a few weeks back and popped into the YourGifts.Shop store they have there. While browsing some of the Beurer gadgets (a rad German brand, they make some fun stuff), the Beurer Ion Detangling Brush caught my attention. I think the first reason it caught my attention is because I saw a little brush that looked very similar to the beloved Tangle Teezer I still craved but the picture on the box had a button – meaning that this one did something. I got excited! There was a stack of funky colours to choose from as well. Regardless of all of that, the price was pretty impressive. The Beurer Ion Detangling Brush was priced at R499. A Tangle Teezer comes in at R245. But you can’t actually compare these two items because of what the Beurer adds to the detangler. 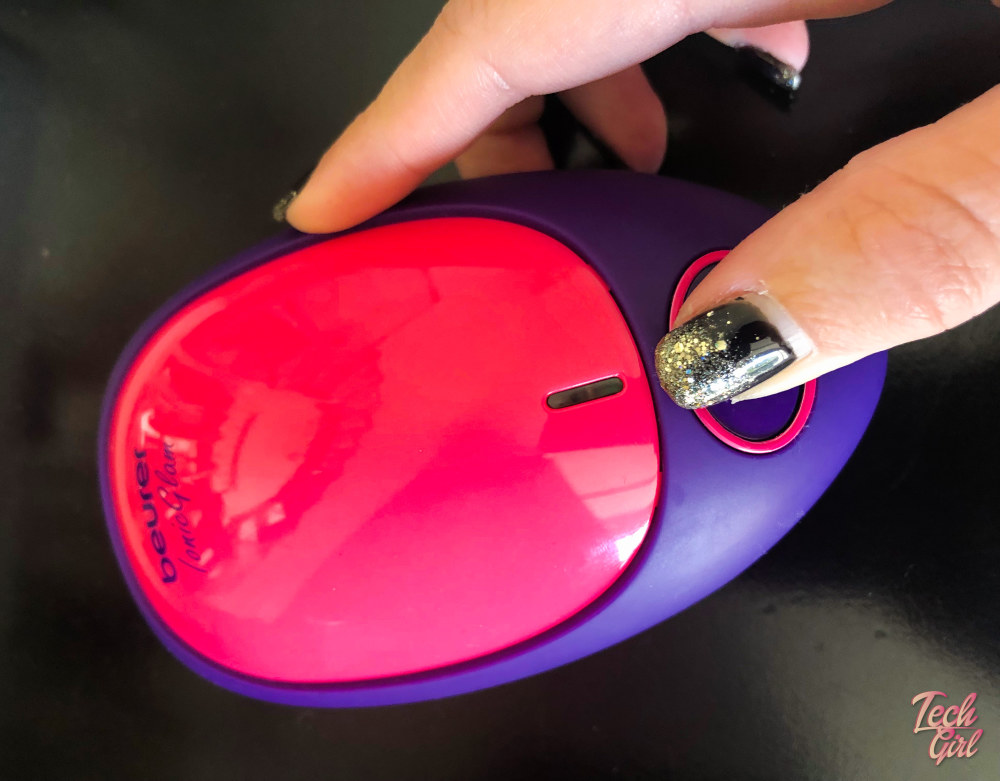 Science time! An Ion is an atom or molecule with a net electric charge. Got me? Good. You’ve got positive and negative ions. Your hair can be positively and negatively charged. If you treat your hair a lot, bleach it and style it a lot you’ll have more positive ions. Positive ions cause the hair cuticles to open up. Dryer hair tends to mean more positive ions which means frizz! You know how it goes when you’ve died your hair lots or felt it after a big night out. It’s got that awful straw like texture and is all over the place. Ions. 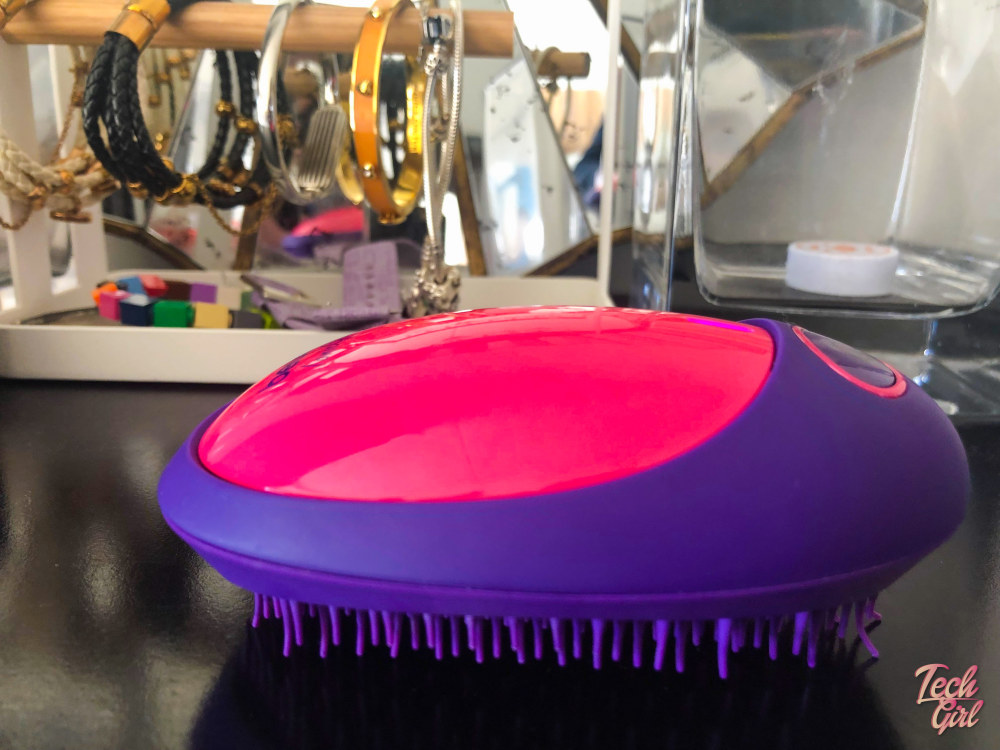 Hair gadgets like the Beurer detangling brush, that utilise Ions basically emit negative ions which then cancels the positive ions out. The result is that you should have smoother and sleeker hair. They also help dry wet hair quicker, because the negative ions come in to contact with the water molecules in your hair strands and break those molecules up and allow for your hair to dry faster.

So does this brush work?

I decided to put the nifty little Beurer to the test. For starters, straight out of the box you’ll find triple A batteries included. Yay! I hate buying battery operated stuff and not having the batteries in there. Anyway, pop the batteries in and switch on. The detangler will make a weird crackling sound, which is the charge being emitted. I expected it to heat up but there was minimal heat when the brush is on. I bleach my hair a lot and with the work I do it has had more heat styling recently than I’d like. So it wasn’t in great condition. I usually struggle to get it looking sleek when I style it, with a few run away frizz bits getting in the way. I definitely saw a marked difference when I used the Beuer. All those fly away baby hairs settled and there was a smoother appearance. 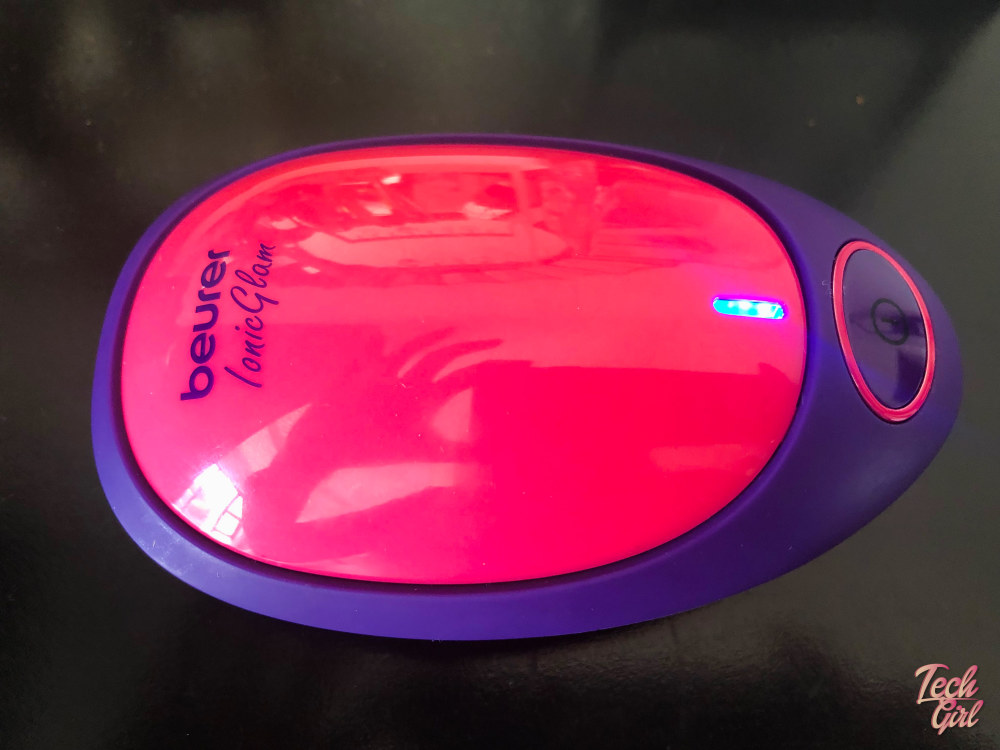 I struggled with my ends, which are still rather damaged. I still think a ghd does the best job of smoothing those out. But as an every day detangling brush the Beurer worked a treat. I also used it straight out the shower on wet hair. For starters it worked so well at detangling wet hair. I don’t know if my hair necessarily dried faster, but I preferred using it to a comb. It untangled my wet hair quickly and painlessly. 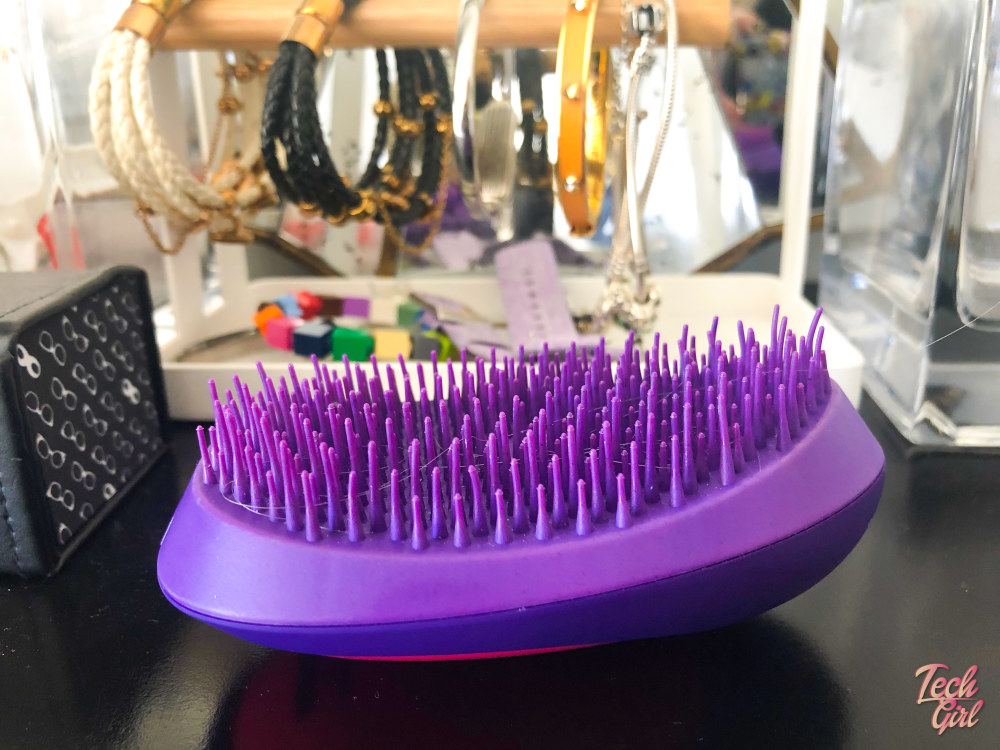 I really like the Beurer. I actually wanted the Tangle Teezer because I thought it was far easier to travel with than a hair brush and a comb. I could just pop it in my bag. If it wasn’t for my fear about batteries in my check in luggage, I’d likely use the Beurer more on the road/in the air. But it definitely is a nice to have and compliments my ghd rather nicely. I also think it is really well priced. I have noticed that there is currently a 50% special on the Beurer Ion Detangling Brush on the yourlife.shop website. So you could actually grab one for R199 which is a pretty decent price for a nice to have. But, like I mentioned, if you want to get a feel for the product in the flesh there is a store called yourGIFTS.shop in Bryanston Shopping Centre that you can visit. It’s a good spot to hunt for new and interesting gadgets.

I like the detangler. I use the detangler. And if you’re a bit nerdy like me and like playing with new styling gadgets, you’ll like it too. I also think it is great for fizz management.

Disclosure: I was gifted the Beurer Ion Detangling Brush. 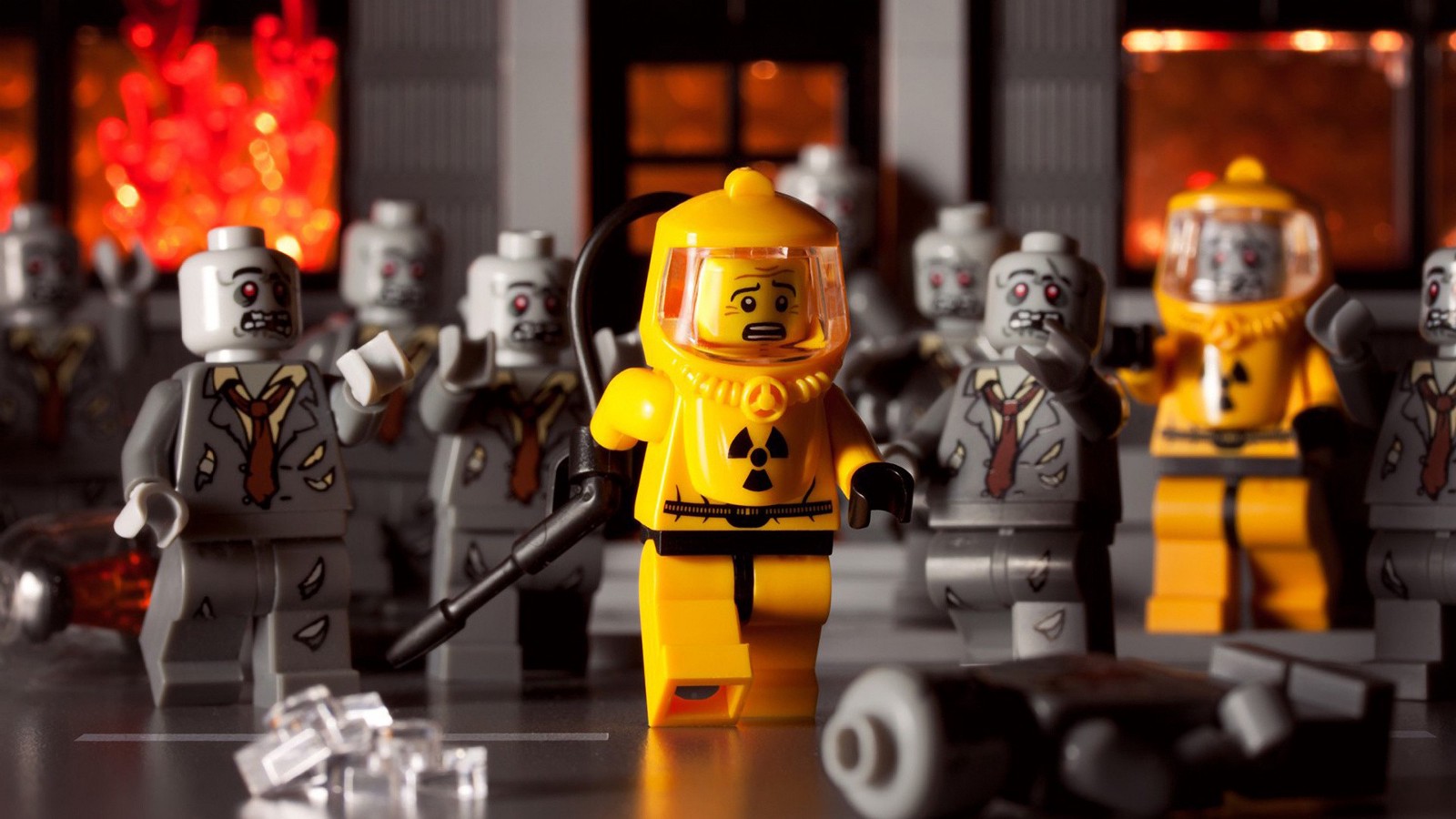