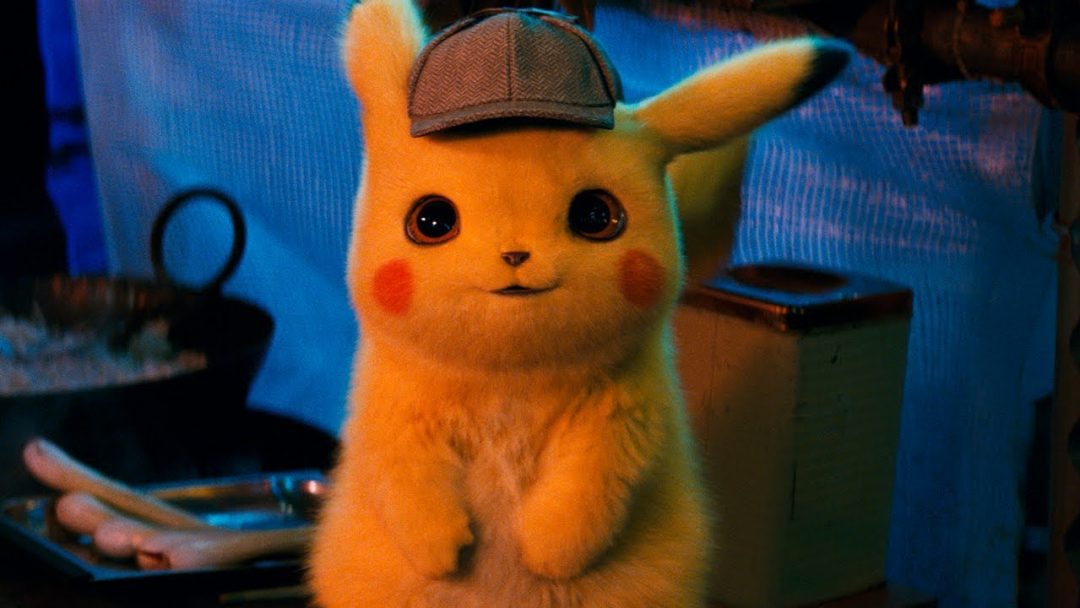 Detective Pikachu is tons of fun. If you want to go watch a movie that will make you giggle then you need to go watch it this weekend. If you’ve played the Pokemon games you’re going to immediately be transported to a world full of wonder and get pretty excited spotting all your favourite Pokemon. The movie is incredibly well done, effortlessly combining Pokemon into a real world setting. I was pleasantly surprised at how well it was done. Regardless, all the great special effects in the world don’t make up for good writing and the movie has that in bucketloads. The jokes are witty and clever, with their timing on point. The story line moves along quickly enough and I loved how the writing team were able to tie in Pokemon to the magic. Even if you’re not a Pokemon fan you’ll love it.

Saying all of that, if you ARE a Pokemon fan you’re going to get extreme pleasure in spotting the various Pokemon throughout the movie. The usual favourites are there: Pikachu takes centre stage, Mew Too is extraordinary and Charizard pops up too. Squirtle is adorable, Charmander looks like you could just cuddle him up and Bulbasaur  steals the show. But, for me, there are are 3 Pokemon throughout the Detective Pikachu movie that have these moments where they steal the show. The writers took the best part about our favourite pokemon and effortlessly combined them with some witty word play to make a few stand out (and funny) moments.

These are the 3 Pokemon you’ll spot in Detective Pikachu – and love! 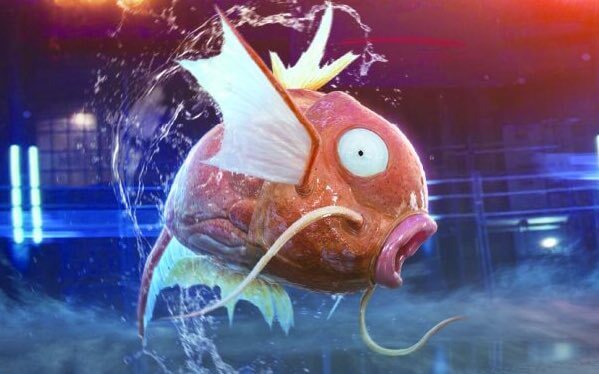 I spent SO much time in Pokemon Let’s Go with Magikarp in my party just so I could try force him to evolve. Magikarp is, for the most part, pretty useless. He flops around and does very little else. Which is why his cameo in Detective Pikachu is all the more entertaining. No spoilers from my end but if you’re a Pokemon fan this moment will make you LOL. 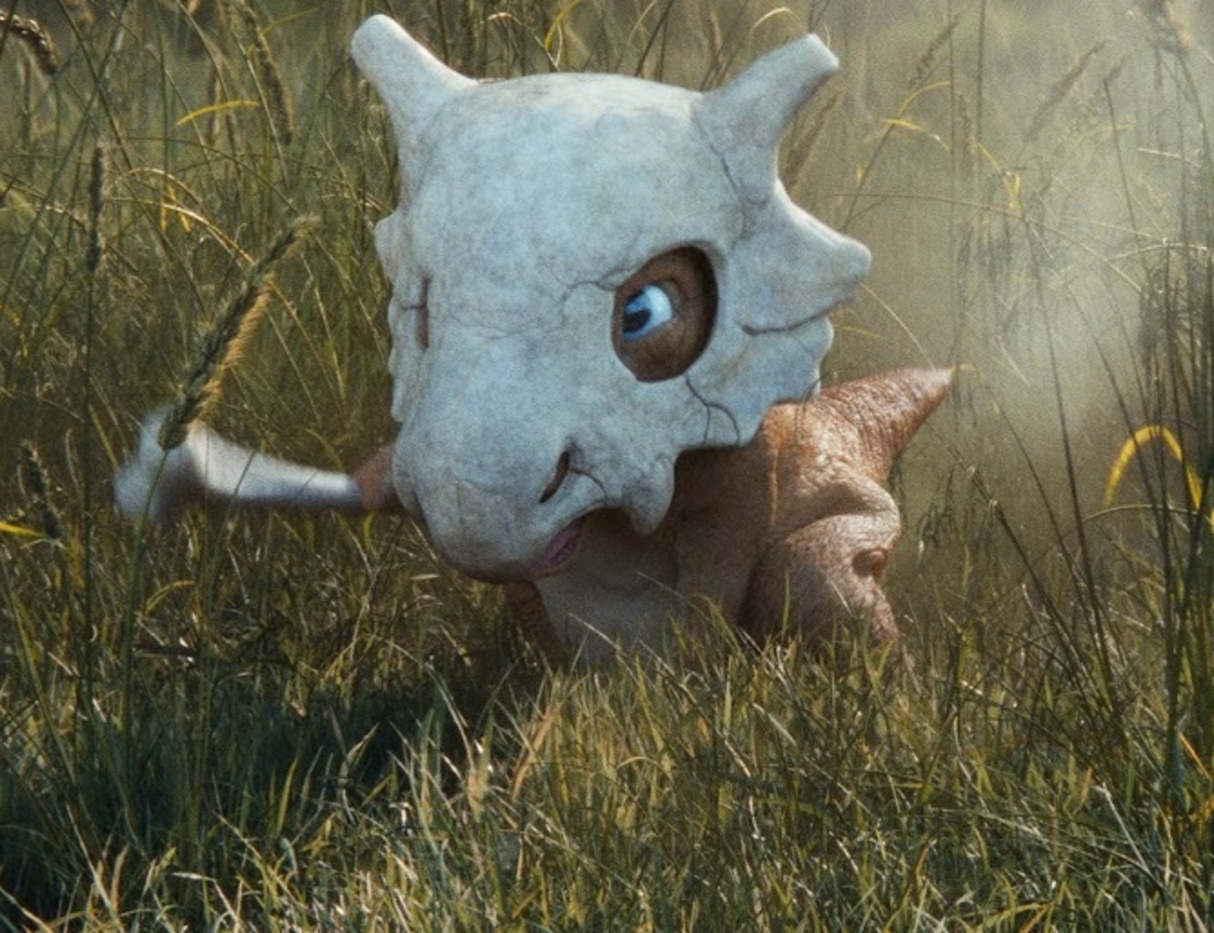 Cubone makes an appearance early on in the movie and later on towards the end (sort of… but the comedic value of both is gold). Again this is a really special nod to Pokemon fans as the script immediately references Pokemon lore. While those who aren’t familiar with Cubone’s macarb back story will still enjoy the humorous role the little Pokemon plays, for fans of the series it is a special moment and sets the tone for the rest of Detective Pikachu. 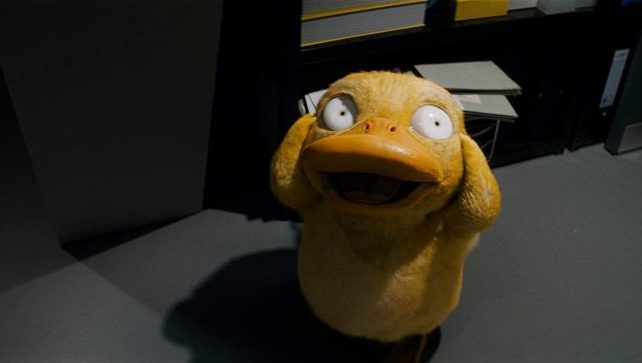 I remember watching Pokemon as a kid, with my brother. In the show Misty had a Psyduck and it used to drive me insane. He was so annoying! Well, after Detective Pikachu, I’m changing my tune. Psyduck is awesome. This water pokemon steals the show and was so incredibly well written. The best comedic moments involve Psyduck and I was impressed with how the writing made sure his abilities were covered early on, which made is role in the plot make sense for those not familiar with Pokemon. There’s no doubt in my mind that Psyduck needs a spin off and should have his own movie. He stole the show for me.

Have you watched Detective Pikachu yet? What was your favourite Pokemon spotting?

Disclosure: Thank you Nintendo South Africa for hosting a pre-screening and inviting me to attend. Detective Pikachu was so much fun!

May 17, 2019 in Featured, Movies and Television Shows, Reviews 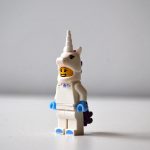 New LEGO sets to add to your collection 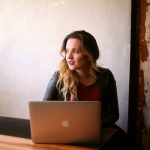 A Cape Town Tech and Digital Conference with an all women speaking line up? YES PLEASE