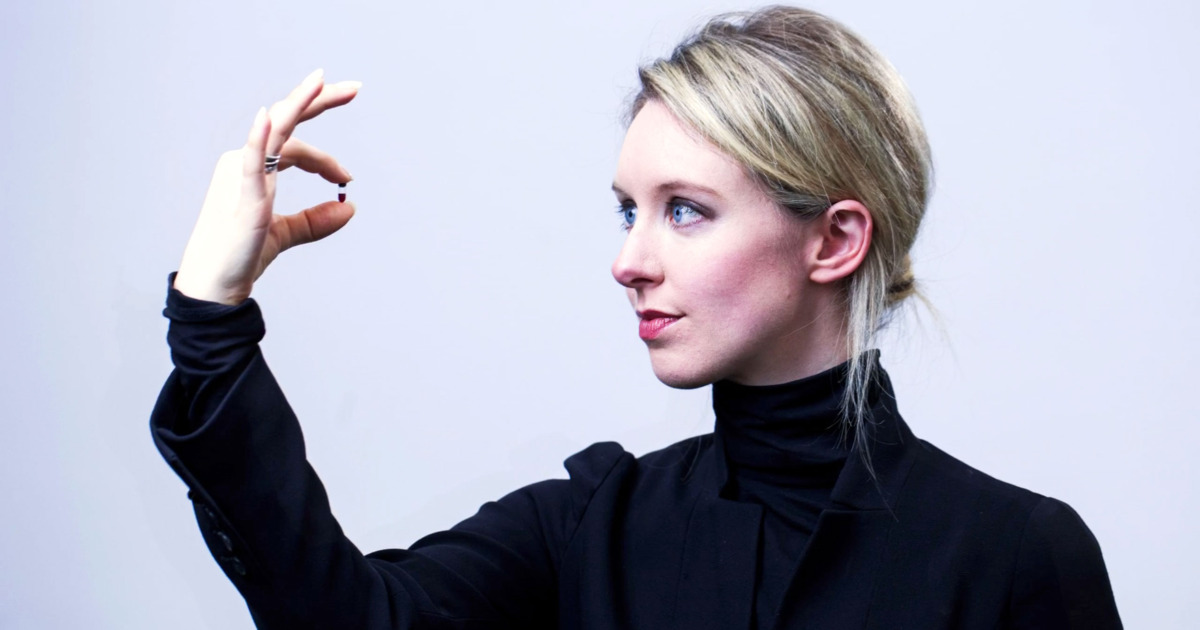 After landing from Amsterdam, I spent a day with my feet up on the couch binge watching shows. I’m a fan of documentaries so I decided to check out HBO’s The Inventor. The documentary covers the rise and fall of Elizabeth Holmes. Holmes was a young blonde haired, blue eyed “entrepreneur”. She founded Theranos, a medical start up that claimed it could revolutionise health care and early diagnosis. Well known politicians and highly successful businessmen threw money at the venture, opened doors for her to various other investors and generally lauded her as a visionary and one of the great minds of our century. Despite medical professors along the way making it clear the tech she was claiming to make would not work. I think this documentary speaks to a very big problem we currently have when it comes to business and tech: everyone is so desperate to show equality and highlight gender in the space BUT they also want to make sure that the people they highlight fit the narrative: it makes far more sense to build up the pretty, confident and well spoken female entrepreneur versus the less attractive, older and possibly less comfortable in front of the camera creator who is building something less loud but all the more important. It left me feeling uneasy, watching all these smart men clamour for the right to say they helped Elizabeth. Watching their interviews was like an awkward daddy syndrome expose. Regardless, I think the story is an important one and Jade has outlined various ways to access it below. – A note from Sam.

I listen to podcasts a lot but recently I have been on a crime thriller reading binge so I had fallen behind. I had finished reading my latest book (The Silent Patient – definitely read this, there’s an insane twist you won’t see coming) and decided to check out the podcast charts (I love checking out charts. I do this when I need to update my Spotify playlists, find new books to read and of course find new podcasts). One piqued my interest because it was about the youngest self-made female billionaire who had lost it all and it was true! How had I not heard of this?

The podcast: The Dropout 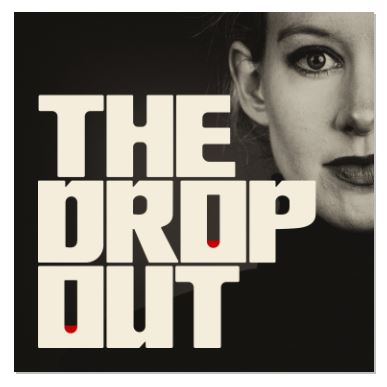 Elizabeth Holmes, a Stanford dropout, started Theranos when she was only 19 years old. Theranos claimed that they could get results for over 200 blood tests with only a drop of blood. She was heralded as the next Steve Jobs (she even wore the same outfit every day like Jobs), made the cover of Fortune (the journalist later wrote a redaction and apology) and surrounded herself with influential people including well known politicians and billionaires, but it all came crashing down after a Wall Street Journal expose. 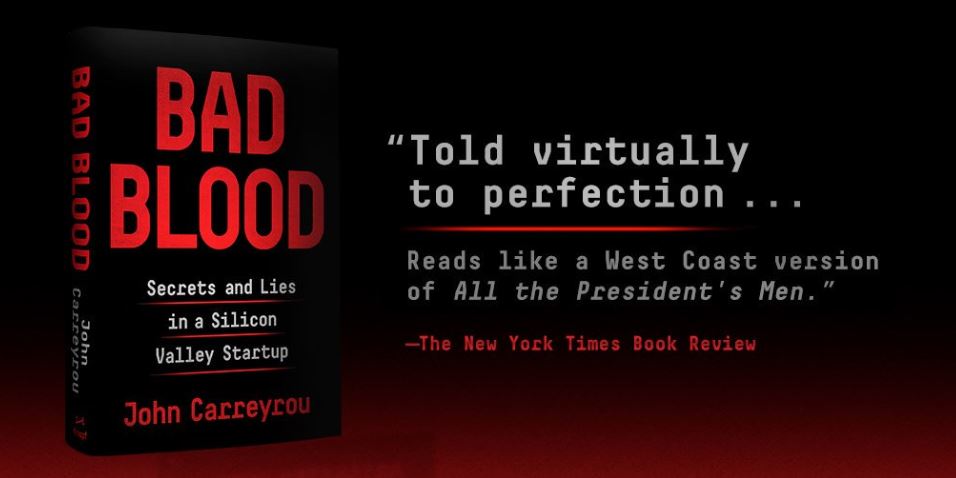 This book has been on my list for a while because, according to reviews it reads like real-life thriller. While I usually read about one non-fiction book a month, since December I’ve been on a crime thriller fiction binge. I started to read a free sample and thought it sounded strangely familiar and after a few pages, I realised this told the story of Theranos and I just finished listening to the podcast.

“I couldn’t put down this thriller with a tragic ending” – Bill Gates, Bad Blood.

The journalist who wrote the expose went on to write Bad Blood. If I hadn’t listened to the podcast and watched the HBO documentary, I would definitely read the book but there are just so many other good books out there that I want to read.

WTF: According to a former Theranos employee, one that helped design the iPhone and left 15 000 Apple stocks behind to join, Elizabeth Holmes deep voice was put on.

Query from consumer: “Can I get the BAD BLOOD audiobook in Elizabeth Holmes’s voice?”

Series: The Dropout on Hulu

Kate McKinnon from SNL will be playing Elizabeth Holmes in the limited run series. A few people commented on the fact that Holmes doesn’t really blink, so I’ll be interested to see how she pulls that off.

The court case continues (Holmes has pleaded not guilty to charges of fraud) and I have no idea why I’m holding Cosmo to such high standards, but I really thought that if this was a man, this headline wouldn’t be a thing.

I was so excited to watch this and found that it would be airing on Showmax. I even tweeted them to find out what time it would air. I was that excited. The documentary clearly shows how everyone fell under Elizabeth Holmes’ spell. It interviews the marketing execs, board members and former employees and paints a scathing picture of deception.

It is quite short but still intriguing. Once you start watching on YouTube, just click to watch the next part.

Whether you decide to read the book, listen to the podcast or watch the documentaries or series or all of the above, this story will fascinate you to no end. I can’t decide if Holmes did all this intentionally or is delusional and actually believes that what she was doing was right.