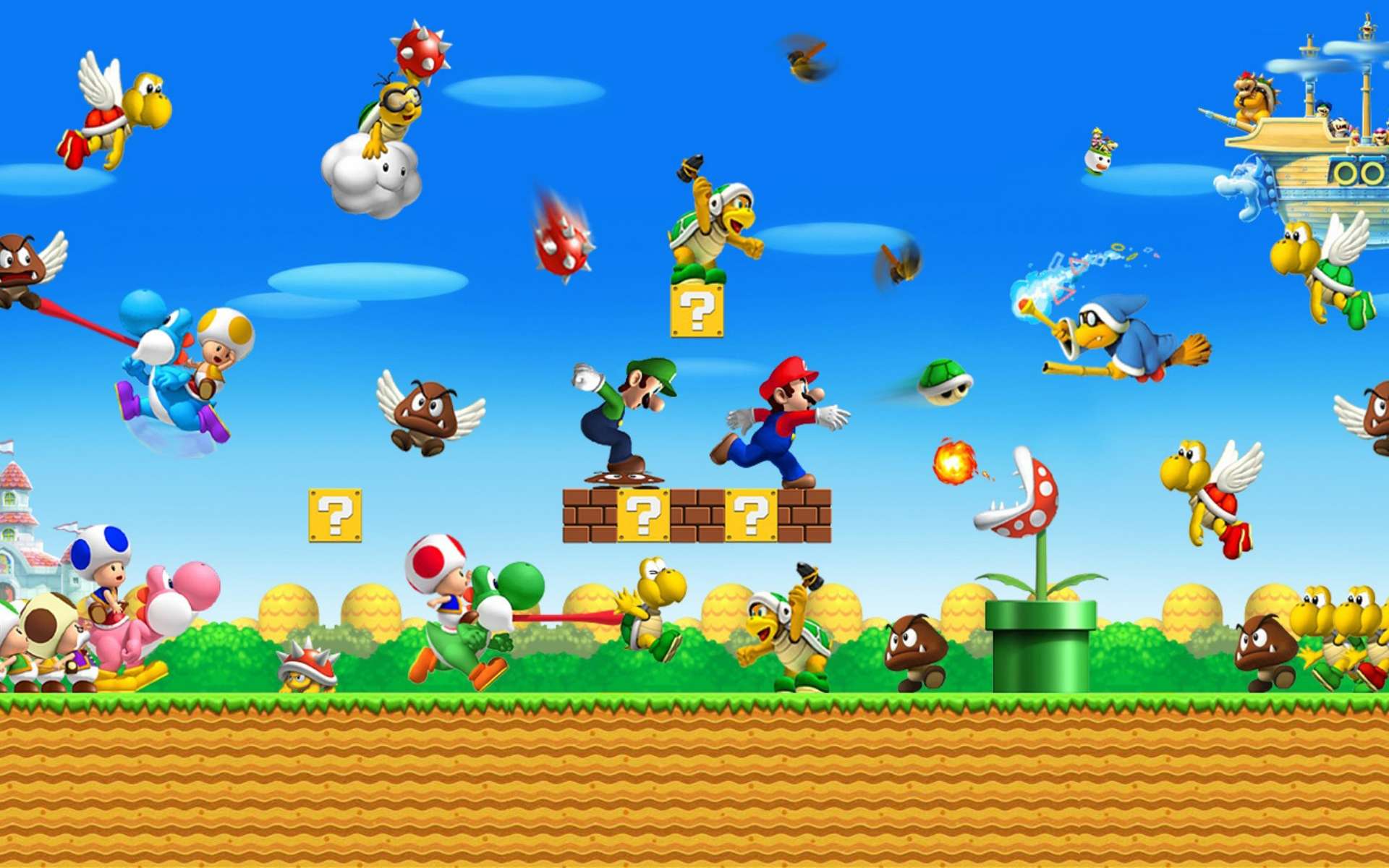 I have a problem. If I’m honest I have way more than just one singular problem. But the problem I want to chat about today takes centre stage:

I am totally and completely addicted to my Nintendo Switch.

Yes, laugh away but it’s true. Since taking the Switch out of its box for Christmas (it was a gift), it has not left my hands, and again in the spirit of complete honesty, for more than a few evenings I’ve gone to sleep with it next to me on the pillow. The Switch is just such a handy console, especially with all the load shedding we’ve been having lately. It’s nice to know that when everything else has deserted me, from the electricity to the internet, that there is still one form of entertainment that has my back – my Nintendo Switch.

But as with any addiction, it doesn’t come cheap. Starting a gaming collection yet ANOTHER platform seemed daunting. However, after spending some time browsing through the eshop I found some awesome games for cheap prices and now, I get to share those games with you.

Here are the first 5 games that I bought and believe are the perfect games to start off a great new gaming collection on your Nintendo Switch. 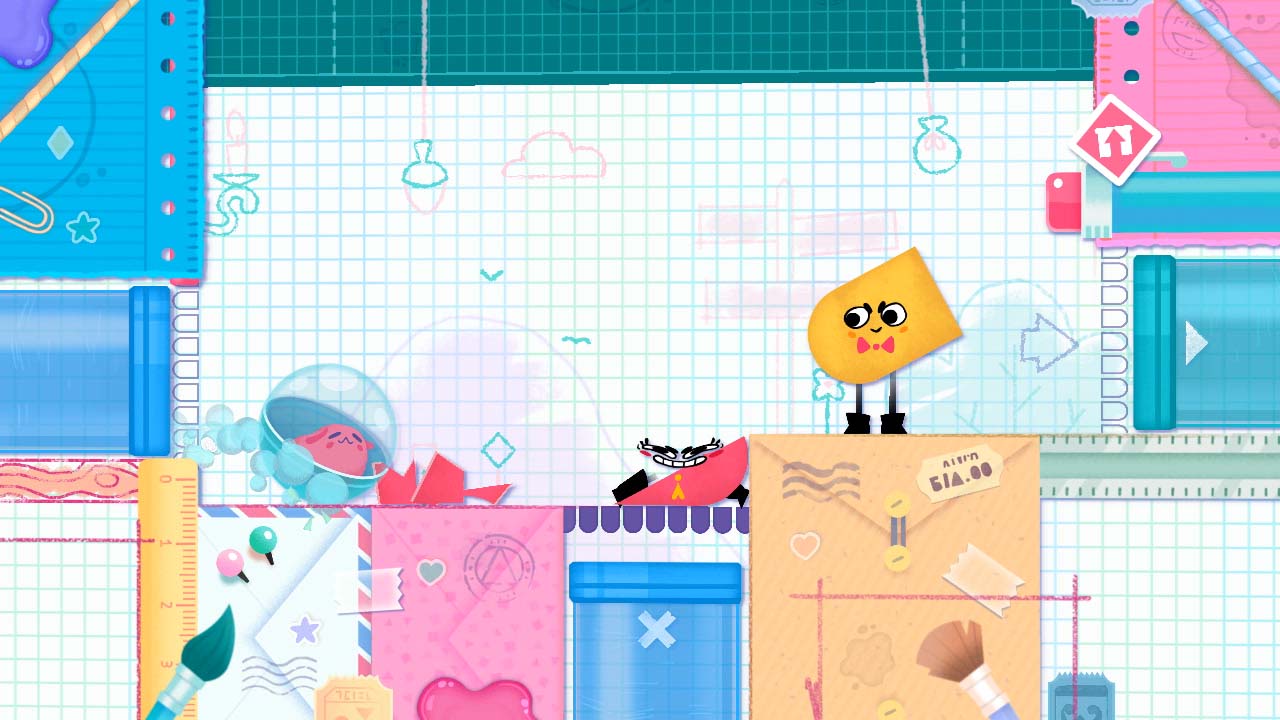 Snipperclips was actually a game I was hesitant to buy and only ended up getting it because I could play it with my friends.. but boy am I glad that I did. Snipperclips is a physics-based puzzle game that gets progressively more complex and if you’ve ever played and enjoyed Little Big Planet then you will love this one. The game is quirky, weird and oh so much fun . You play as little paper cutouts, Snip and Clip, and to complete each level you need to use your Joy-Con to rotate their bodies, snip them into different shapes and rely on your friends to help lift, throw and manoeuvre you to success. It’s a lot of fun. There is also a Blitz mode where you and your friends get put in an arena together and have a snipping death match, trust no one. 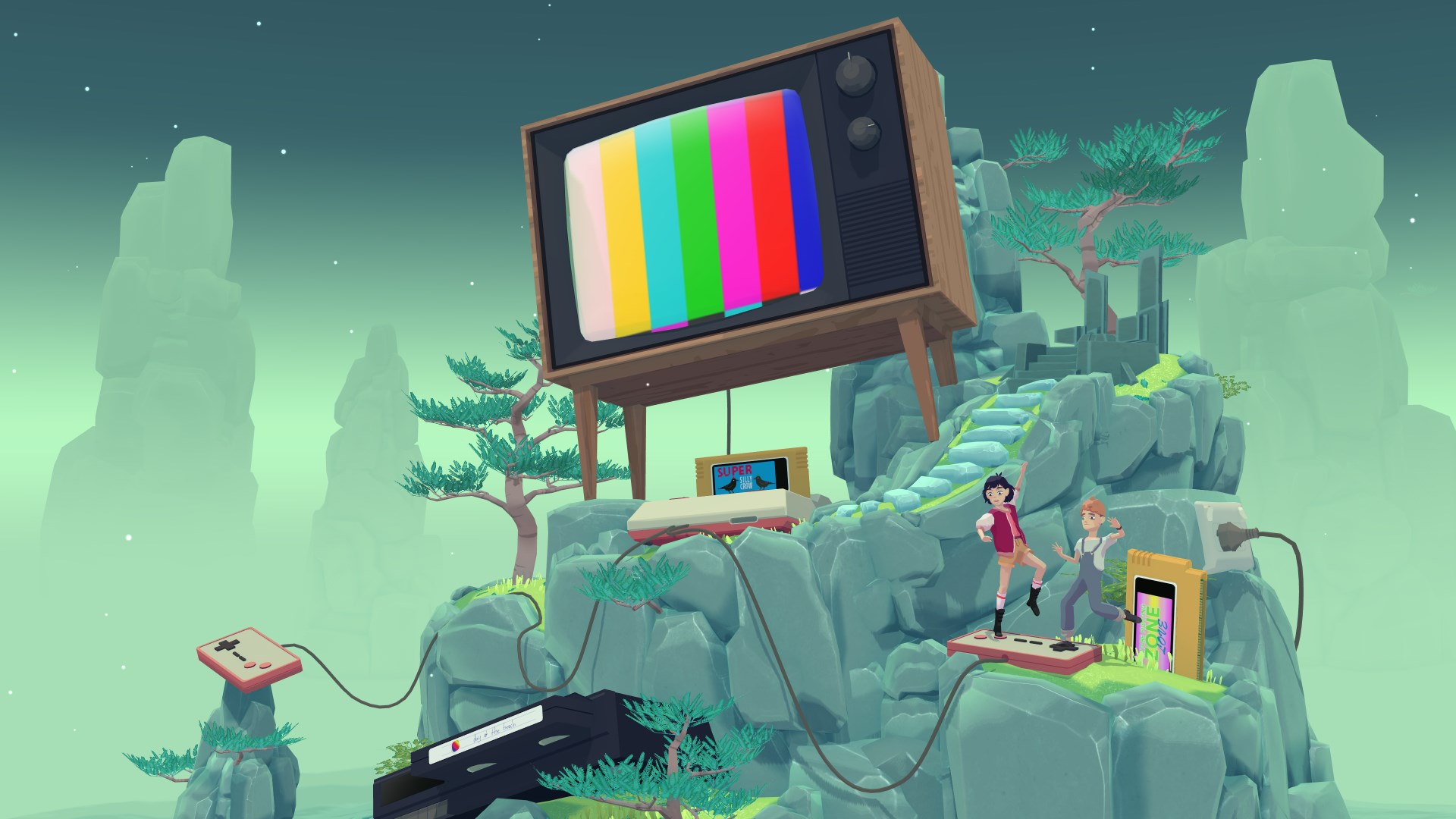 This was the first game I picked up for the Switch and without a doubt, it’s also had me the most frustrated and yet constantly going back for more. It’s a brutal puzzle game consisting of about twenty groups of levels where you need to interact with and manipulate your surroundings in order to pass through. You take control of two characters simultaneously, teenage friends named Arina and Frendt, they both move through the levels together but instead of you moving them you are actually just manipulating the flow of time around them. Don’t move and time is paused, move backwards and time rewinds, move forwards and time resumes as normal. This creates an interesting game mechanic where sometimes the only way to move forward is to grab something from the present, then move back in time to use that object in order to progress in the future. It’s like a game of Twister for your brain, but also, thanks to the art style and the music, oddly calming. 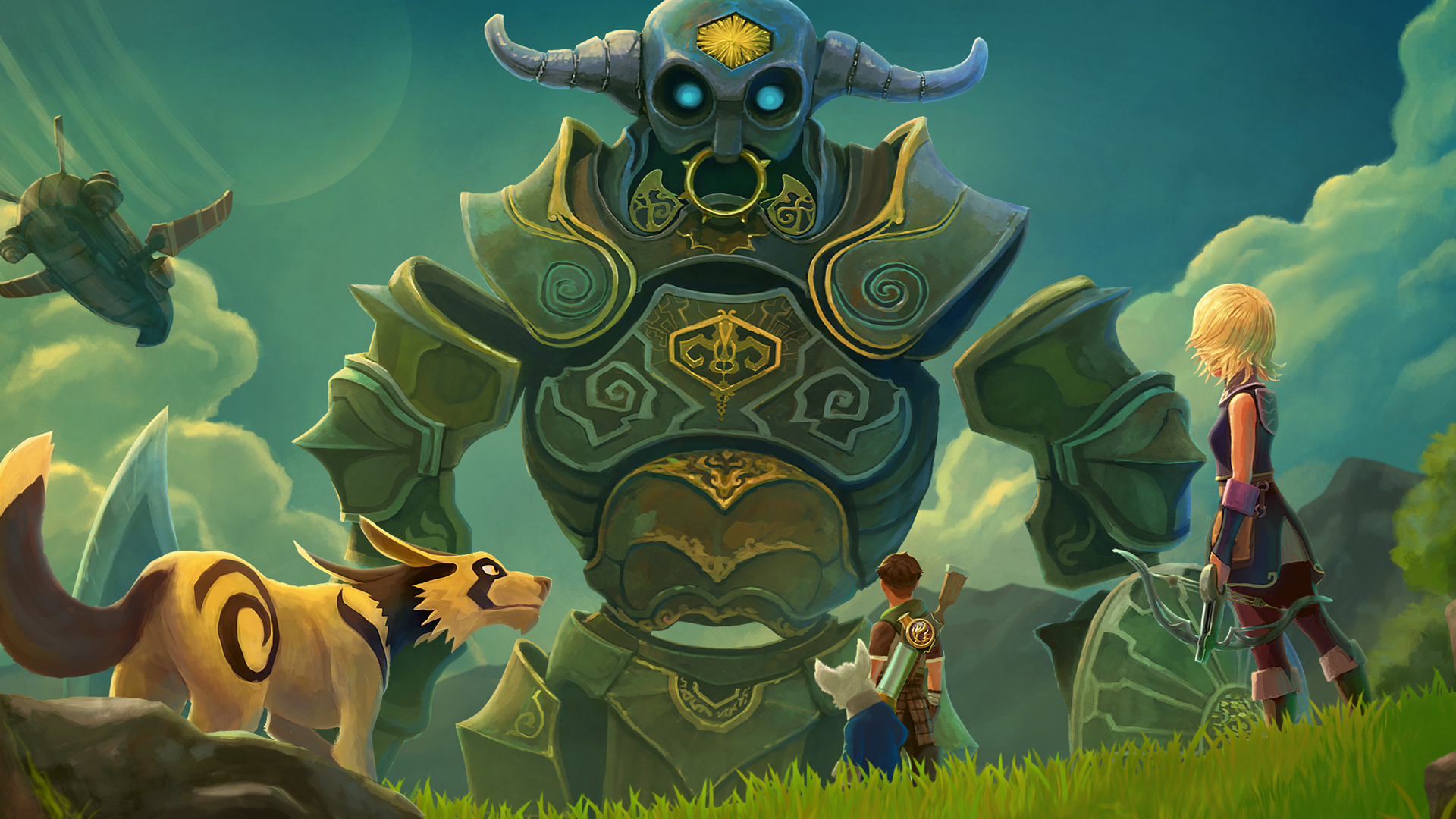 Earthlock is one of those games that’s been on my radar since it launched but that I’ve never actually looked into or bought, then it went on a crazy sale on the Switch (I got the game for about R100) and after not being able to put it down for a week straight I told everyone who would listen that they needed it in their lives, and I meant it. If you’ve ever played any of the Final Fantasy games or The Legend of Zelda on Switch then you already know what type of game you’re getting, if not then Earthlock is a turn-based role-playing game. The game is set in the fantasy world of Umbra, where a cataclysmic event has stopped the world from spinning resulting in most of civilisation being wiped out, but somehow humanity has managed to survive and start building up the world again. You take control of a young adventurer named Amon and it’s up to you to make sure that humanity continues to survive. Earthlock is visually beautiful, the score is amazing and once you start playing it’s next to impossible to stop. 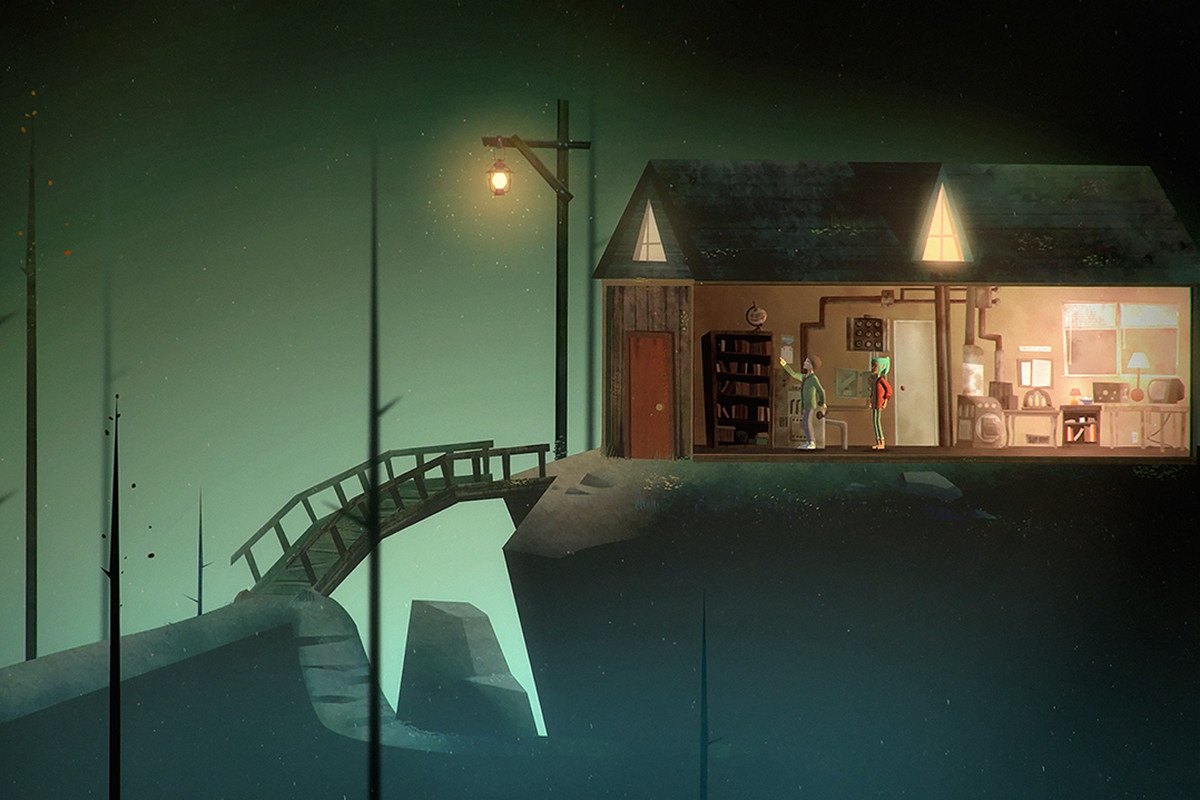 Oxenfree is one of my all time favourite games. I can’t even begin to express how much I enjoyed it, I wrote about it once before here on the blog but even so, it just doesn’t feel like enough has been said. Oxenfree is a Supernatural Mystery Graphic Adventure game, aka one of the best games you’ll ever play. Without spoiling too much: you take on the role of a teenage girl named Alex on a weekend trip with her friends to a local island, after witnessing some supernatural events go down it’s up to you and your friends to try and figure out what is happening and to help each other make it out alive. The entire game works on a cutscene-less walk-and talk system, so instead of the main dialogue happening while you can’t play, with Oxenfree it’s happening all around you, all the time. During conversations, you can walk around and explore selecting dialogue options as you go, or you can, as in real life, simply choose to interrupt or ignore the conversation and walk away. Everything plays out like a supernatural coming of age movie and once you’re done with it you get the option the play through it again, only this time you find yourself in an alternate reality. If you haven’t played Oxenfree before then this is a great time to try it, and if you already have, the Switch version was specially re-done to have the best graphics and to offer you the smoothest experience yet, so I’d definitely recommend playing it again.

Crypt of the NecroDancer 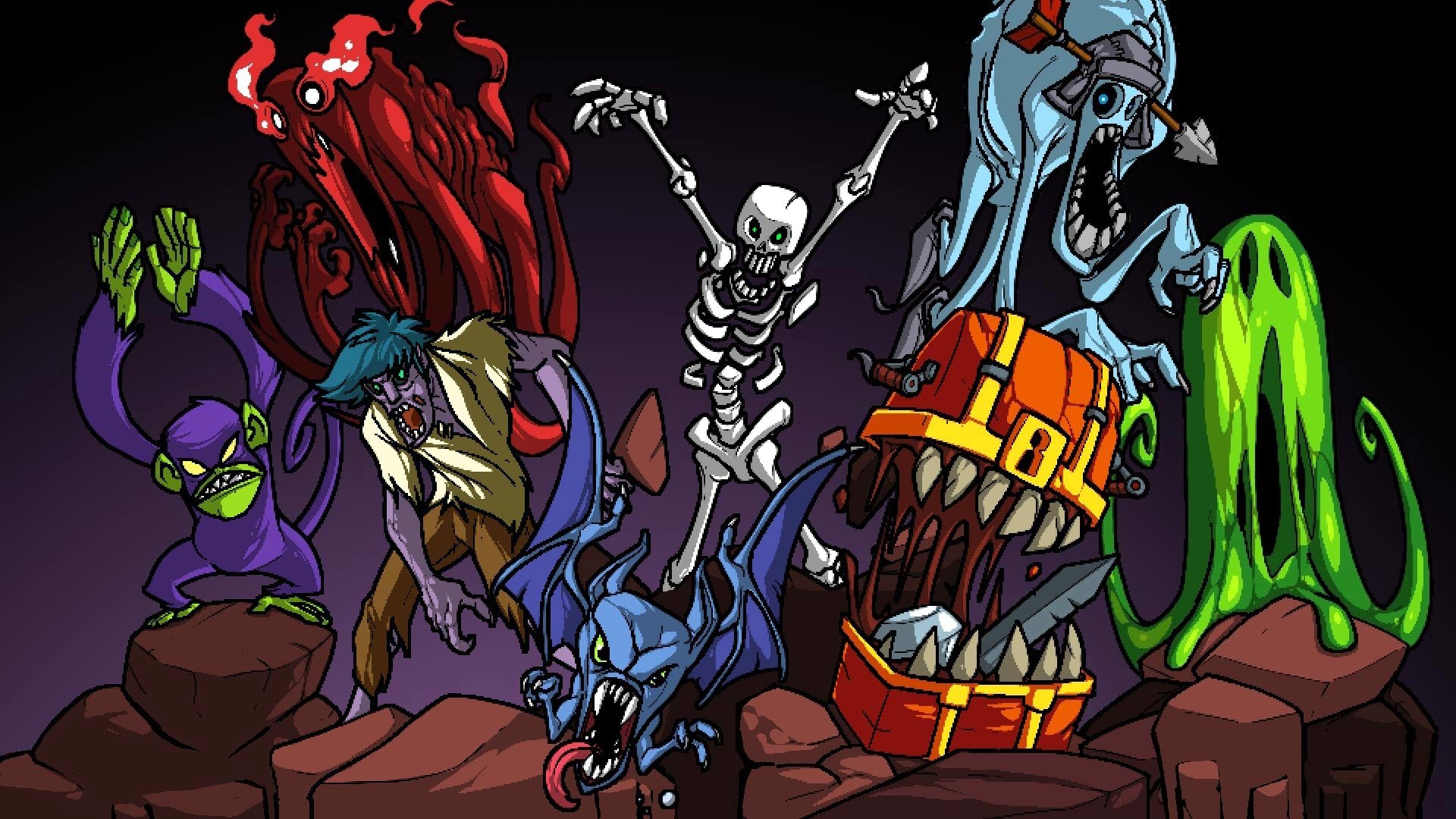 Have you ever played a dungeon crawler and thought to yourself “Man! how cool would it be to play this with some sick beats and a dance mat”? If so, then I have you covered. The correct way to explain Crypt of the NecroDancer would be to call it a ‘rhythm rogue like dungeon crawler’, but the BEST way to explain it would be to just skip all the words and to play it for a few minutes yourself. You control a series of characters who are exploring a procedurally generated dungeon looking for treasure and slaying monsters, pretty standard stuff until the twist comes in:

You can only move your character or attack with them IF you’ve performed the action to the beat of the music.

Crypt of the NecroDancer comes with its own music library for you to play and die to, or you have the option of using your own tracks while also letting you choose to also play through the whole game using a dance mat and if that isn’t just the coolest thing you’ve ever heard then I don’t know what is. I’ve had this game sitting in my Steam library for a while now but I’ve never had a second controller to use so that I could play through the game with a friend, but thanks to the Joy-Cons you get with your Switch it’s never been easier to experience this infuriatingly awesome game with a friend and that’s honestly the best way to do it… UNLESS you have two dance mats lying around, then definitely use those.

These were the games that helped start my new collection but the Nintendo eshop library is huge and there are just so many great games with sales happening all the time that it’s almost impossible to single out just 5 of them for a list… My life has been so hard!

But now if you’ll excuse me, I really do have to go do some work…

Translation: I’m about to sit and browse through more games that I don’t actually need but really, really want so that I can grow my collection even more all while telling everyone that they need to leave me alone because “Can’t you see that I’m working?”.