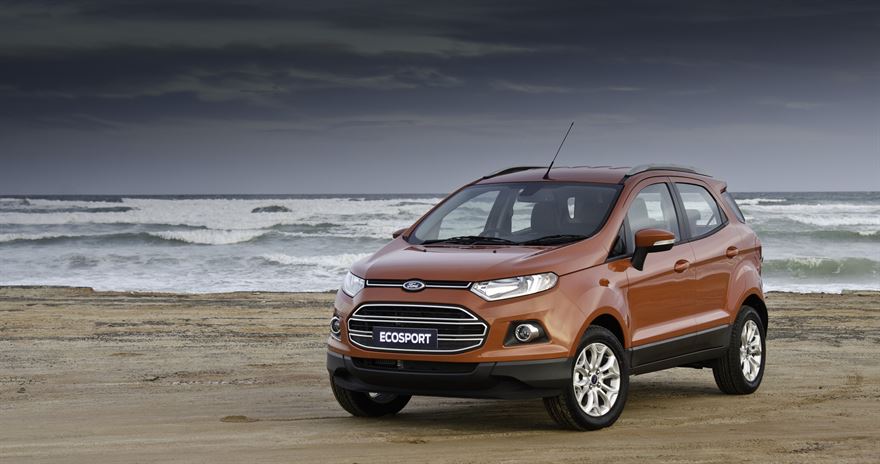 UPDATE: Ford has released their official solution to the problem in this post. I have updated the blog post with the official commentary from Ford. You can find it at the bottom of the post.

I drive and own a Ford EcoSport. I want to make it very clear at the start of this blog that I LOVE my EcoSport. I think it was the best value for money purchase I’ve made in terms of a vehicle. I feel safe in it, it is economical on fuel and I love driving it. It comes with a stack of bells and whistles that I’d never be able to afford in other vehicles at its price point. However, there is one giant problem with the Ford EcoSport that I’m struggling with:

I don’t feel safe leaving it in public parking areas.

Before we go on – please note all images in this post are press photos of the 2017 Ford EcoSport and can be found on the Ford Media Centre.

Why? Let me explain: 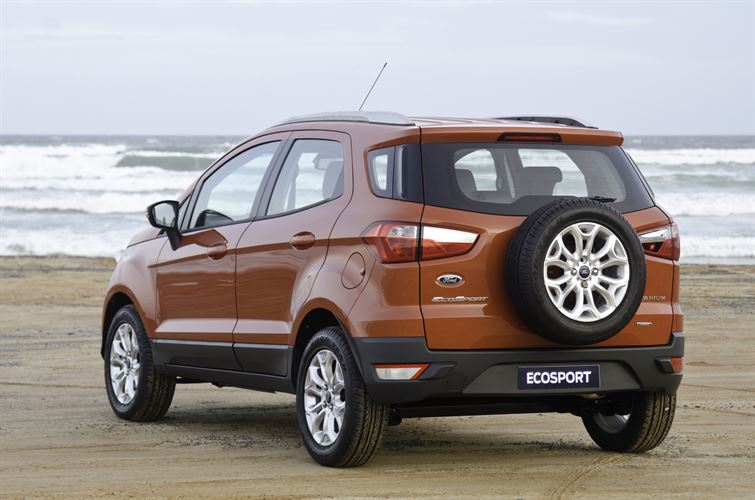 In the past 4 years my car has been broken in to 3 times. The first time was a few days before rAge, the biggest gaming expo in Southern Africa, in 2016. I finished work late, it was 7pm and we needed milk. I popped down to my local shopping centre at the time, Grosvenor Crossing in Bryanston. The parking area is well lit and there are security guards. In the boot of my car I had a Knomo laptop bag, brand new MacBook and a pair of Beats by Dre headphones. The bag was a birthday gift from my brother and mother. Rather than lugging the laptop bag into the store (my mistake!), I jumped out the vehicle, retrieved my purse, greeted the car guard and entered the shop. As it was close to closing it was almost empty. I grabbed 2 litres of milk went straight to the teller and paid before leaving. Less than 7 minutes.

When I got to my car a piece of the door was on the floor and it was very clear my door had been tampered with. My car was also unlocked which was odd as I’d checked it was locked (I’m anal about this and sometimes walk back to my car three times to check it is locked). The car guards were no where to be found (because I immediately started looking – they appeared later and, three days later the company guarding the parking lost their contract – as close on 6 cars had been hit daily for a week – according to the police.). I realised someone had been in my car, opened the boot and it took a few minutes to comprehend that my bag and its belongings were gone.

Following a less than pleasant experience with insurance (because I left the bag in the boot they’d only pay out R20 000 which didn’t cover all the items) and fixing the lock I learnt my lesson. Never again did anything stay in my car. 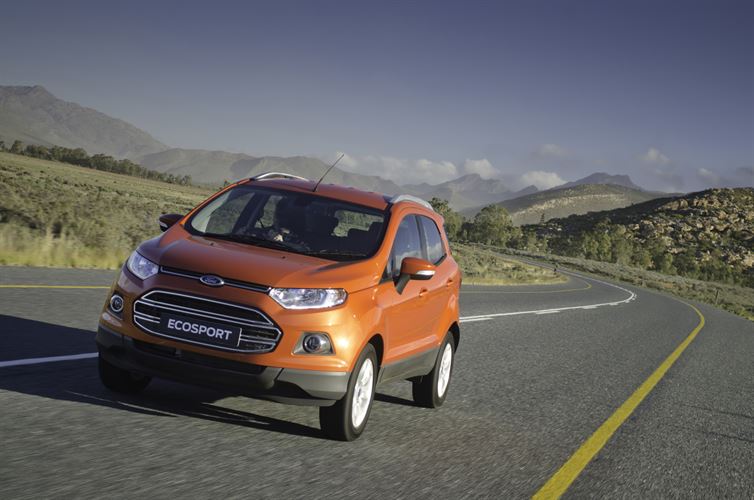 I parked my vehicle in the parking lot of MTN’s Corporate Office in Fairlands, Randburg towards the end of 2017. There were around 7 other vehicles in the parking lot. I signed in at security and spent around 10 minutes waiting in reception to collect a review phone. I left and arrived at my car only to be greeted with some of the handle on the floor, the lock clearly having been tampered with and my vehicle unlocked. There was nothing in the car to steal as I’d learnt my lesson. MTN’s security refused to assist because “nothing was stolen” and while I didn’t lose any material items I did need to claim from insurance, book my car in to a panel beater and go through that headache.

The most recent time Remember the Alita Battle Angel screening I held earlier this year? Well, on leaving Mall of Africa and walking into the secure underground parking I was greeted with a familiar sight (hello tampered with lock, unlocked vehicle and broken door). Player 2, who was yet to experience this first hand was confused and I calmly explained my car had been broken in to. I wasn’t even surprised. As per usual, I wasn’t stupid enough to leave anything valuable in the vehicle. However, there was a pull up banner gifted to me by Razer, the one they used at rAge – it was a Razer banner with my face on – in the boot. The banner was extremely heavy and packed in a smart black bag. It was gone. I’d have loved to see the criminals’ faces when they opened that up!

Once again we followed the same process of phoning my insurance and booking the car in for repairs. The panel beaters and I are now good friends. After the first break in I moved to Kuda Insurance and they are fabulous. They make the crappy process bearable every time.

This is a Ford problem 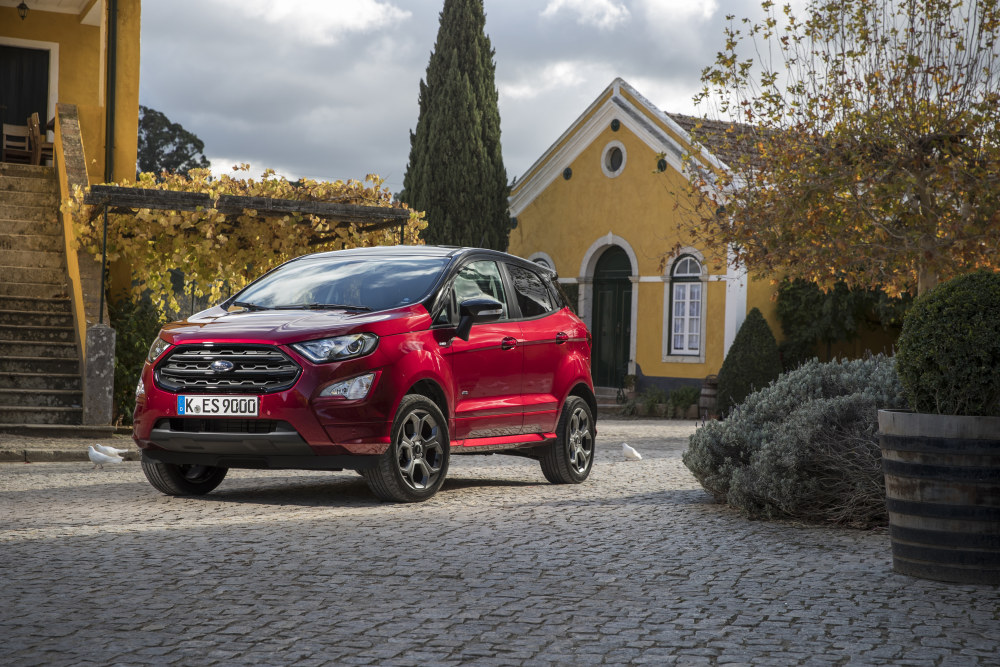 Turns out this is actually a Ford problem, or at least a manufacturing issue that smart criminals have taken advantage of. There’s a Facebook group called “My FORD was broken into South Africa” with more than 9000 members sharing similar stories to mine. Apparently the problem is mainly with Fiestas and EcoSports. Because of this I started looking for a new car. Like I said, I love my Ford, but constantly being stressed about break ins took the cake. An example: When flying to Sweden, Player 2 took me to the airport. He planned to have coffee with me, see me off and then head to his sister who lived nearby and spend the night. We ended up trekking through the airport with my suitcase and his overnight bag and Switch, because we couldn’t risk leaving it in the car. I was sad. While car shopping I couldn’t find something that offered me the same as what I currently had but in the same price range (however, there was some peace of mind on offer at least). Obviously there was some concern about resale value and difficulty as well. So I wasn’t sure what to do. Especially as there didn’t seem to be any reply from Ford. 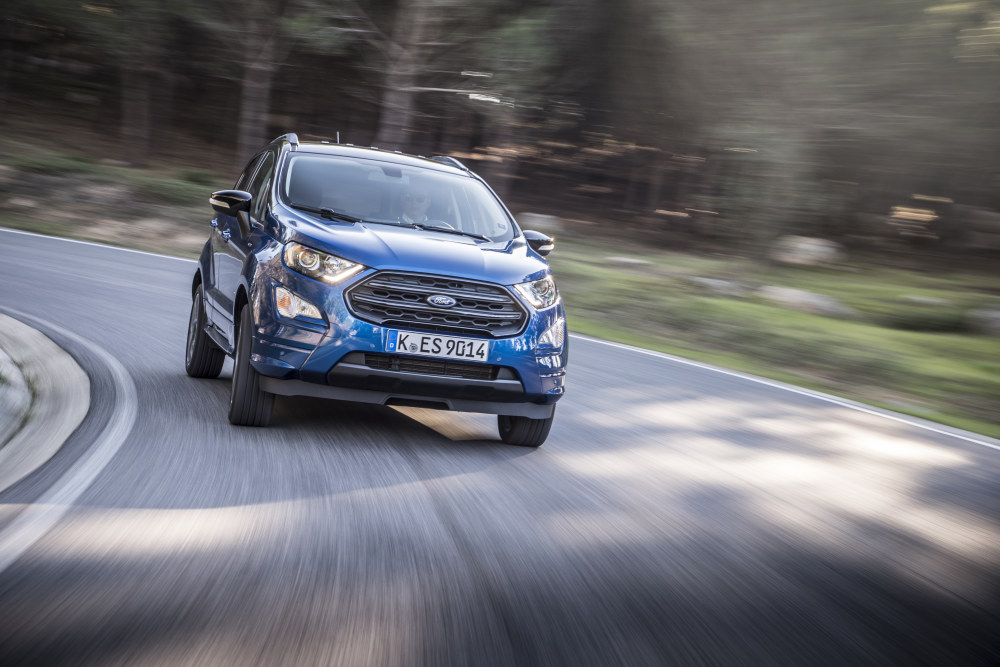 That seems to have changed though. This week, Ford released a statement regarding the locks and the problem. Which is why I’m writing this now. I’m pretty sure there are lots of us in this predicament and this statement does give some peace of mind. From what I can read here it seems there will be options for reconfiguration of the current alarm system (which is what I’d need), or for older models a retrofitted system. There is also an additional security accessory that could be added. While the statement doesn’t address when these solutions will be finalised or if I (or you) will need to fork out for them – at least it is something.

I’ve pasted the official release below if you want to read it. Hopefully this will just inform more Ford owners and help spread the word:

Ford takes vehicle security very seriously and continuously invests in security measures that are integrated into our vehicles to deter theft. Our security team routinely monitors and investigates new ways thieves are targeting our vehicles to maintain a high level of deterrence. We are constantly learning more about these latest theft techniques, and assessing the effectiveness of software, hardware and design counter-measures.

We are aware of potential security risks to previous-generations of EcoSport and Fiesta models, specifically around manipulating the driver’s door, which can ultimately provide access to the cabin if deliberately targeted.

In many of the reported instances the alarm (if fitted) does not sound, when access is gained via the key lock barrel. The immobilization of the vehicle is however still active until the correct key is placed in the ignition of the vehicle.

Ford have been testing various options that we believe will give customers greater peace of mind and have already developed advanced action plans in response.

The first is a reconfiguration that will ensure the alarm, if existing (dependent on spec-level), will remain active when entry to the vehicle is gained using the key lock on the driver’s door. For models that do not feature a standard alarm, Ford is working with a supplier to offer an alarm system that can be retrofitted as an accessory to previous generation Fiesta and EcoSport models. These vehicles will also be configured to ensure the alarm sounds when the barrel lock is tampered with and perpetrators gain access to the vehicle.

In addition, Ford is investigating a security replacement lock accessory that will only allow access via the remote key fob or a non-standard ultra-high security style “Hykee” mechanical key. The accessory has been developed with our team in Europe and can be retrofitted to Fiestas and EcoSports.

We hope to be able to finalise and implement solutions in the coming weeks and will communicate with customers accordingly.

Since the above post was written, Ford issued their “fix” for the issue. Please see the official correspondence:

Earlier this week we circulated a communication on the potential security risks to certain Fiesta and EcoSport models, specifically around manipulating the driver’s door, which can ultimately provide access to the cabin if deliberately targeted.

By the end of next week (03 May 2019) we will begin contacting customers with regards to the process for scheduling an appointment with a dealer. We can confirm that we will be offering remedies to our customers at below cost. The break-ins are not related to a vehicle design or manufacturing fault, which is why we cannot provide solutions at no cost to customers.

In many of the reported instances the alarm (if fitted) does not sound when access is gained via the key lock barrel. We have been testing various options that we believe will give customers greater peace of mind.

Ford and its dealer body are committed to ensuring the highest levels of service and customer satisfaction. We regret any inconvenience caused and invite concerned customers to contact us through our Ford Customer Service department on 0860011022, or through our social media channels.